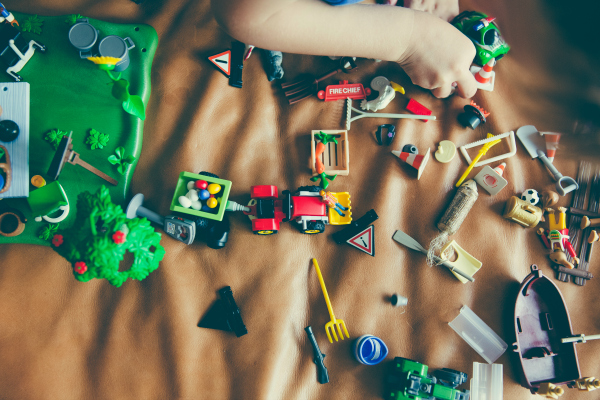 Before having a child, I judged other parents. {Admit it, you did too.} From the woman in the supermarket with her crying, screaming children to the families at a restaurant letting their toddler watch an entire movie while drinking a bottle of syrup, I glanced at them and thought “that will never be my life.” Before I had a child, I was the ideal, perfect mom and nothing was truly as complicated as real parents made it seem. Once my sweet daughter was born, that all changed. As I became a real parent, I truly began to grasp all the things that only parents can fully appreciate and understand. Like…

Before having a child, I thought that they were lazy, weird, and uncalled for. Now that I’m 6 months pregnant with a climbing, running 17 month old, I’ve realized that a leash is a necessity. I kept telling myself that I wouldn’t buy one because I didn’t want people to think negatively of me as a parent. Now that this belly is much bigger, and I’m significantly slower, I purchased one with no shame.

I loved sleeping before baby. I also never had my sleep interrupted. Ever since that first week of interrupted sleep, I now understand why parents appreciate their sleep so much. You take it when you can get it!

Just thinking about the lack of sleep made me think about the necessity of coffee. I had never really drank coffee before I became a mom. There were a few times in college when pulling all-nighters … but it wasn’t the same as now! I used to think that moms just talked about coffee as small talk, but I totally realize that coffee is a parenting must-have!

Along with the love of coffee, I totally understand the love of wine. Both drinks, if you like them, can be motherhood necessities.

Before having a child, we agreed to no using a cell phone or tablet in public places. Well, after sitting in a doctor’s office waiting room for 90 minutes, I realized that there was no other option to keep my child calm. Netflix saves the day again!

Speaking of technology, I now understand all of the broken screens on people’s phones. I originally thought, “Why do people even let their kids see their phones? Kids are so destructive.” Fast forward to now, where I just let my daughter walk around the entire house with my phone just as a prop. She’s not even using it; she just likes to hold it, and if it keeps her quiet, then win-win.

Before having kids, I never went through a drive-thru! {I can’t believe it either.} I thought drive-thrus were inefficient because there are always less people inside. Then one day, I had to carry that heavy car seat and diaper bag into a restaurant, and I told myself “never again … not worth it.” Now I love drive-thrus and utilize them very often.

8. Being “Too Busy” for Television

I used to get really annoyed when people said that they were too busy to watch television now that they have kids. I also got annoyed when they told me “one day, you won’t get to watch your shows either.” I was determined to prove them wrong once I had a baby and watched all of my favorite shows. I kept telling myself, “She’s a baby; she has no idea what’s going on.” Then, after reading more about the way screen time affects children and her sad little reaction to the zombies on The Walking Dead, I realized that babies definitely shouldn’t be exposed to adult television. So I stopped watching my shows when she was awake and used our screen time for her television shows only.

9. Talking about your children … all the time

I totally get it now. I talk about my daughter non-stop, and I’m unapologetic about it because she’s my everything! Before having a baby, I thought, “Why don’t these people talk about anything else?”  Y’all, I get it now.

Even after the tantrums, the blow-outs, and the back talk, I still find myself missing her silly little self when she’s asleep. I totally understand all of the sappy movies and books. I can empathize with all of the mothers who shed tears of happiness and sadness for their children. I have a flutter in my heart whenever I think about a baby making a family feel whole. The unconditional love that is formed when you become a parent is truly like no other, and I’m glad that I understand it and also get to experience it.

So, that’s the beginning of my list … because it’s growing every single day. Once upon a time, I was one of those “I will never let me kids do that” people, and now, I’m more empathetic and way less judgmental. Parenthood comes in all shapes and sizes. As we all venture on our journey, we’ll find things that we didn’t originally understand but now it makes sense. With that being said, what are some things that you began to understand once you became a parent? I’d love to hear more and share our crazy experiences together so comment below!