Unless you’ve been under a streaming rock, most have heard of the questionable town of Schitt’s Creek. The Roses—the spoiled family you hate to love—didn’t just fall from grace. They came crashing down the jagged mountain of denial and fraud landing harshly in the middle of a poor investment. But, they met some colorful characters and taught us valuable lessons along the way.

Among the pining for Moira’s acting career and some questionable global escapades by Alexis involving princes and occasional wildlife, we received some true nuggets of wisdom from Rosebud Motel.

It’s what’s in the bottle that counts. 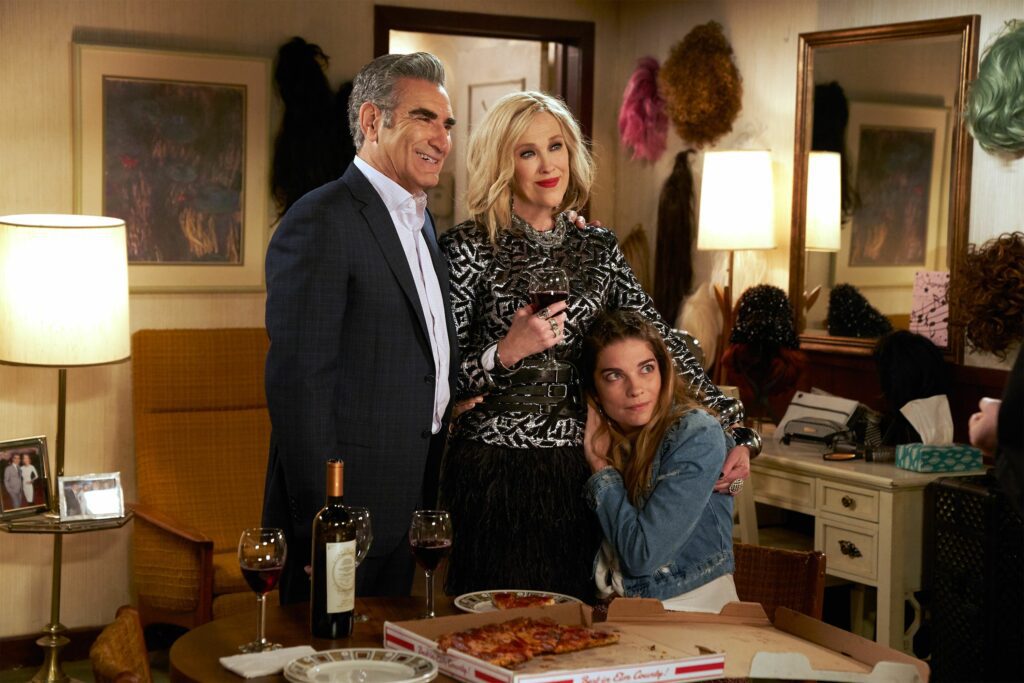 Unless you are fashioning a rather odd tapestry out of foreign wine labels, it’s really about what’s actually in the bottle, now isn’t it? And so it is with people. In Schitt’s Creek, while David Rose delivers this line flawlessly to Stevie in an attempt to explain his sexual preferences, the underlying message is one about inclusivity with a sweet undertone that we should all appreciate. “I like the wine and not the label.”

Dress for the life you expect. 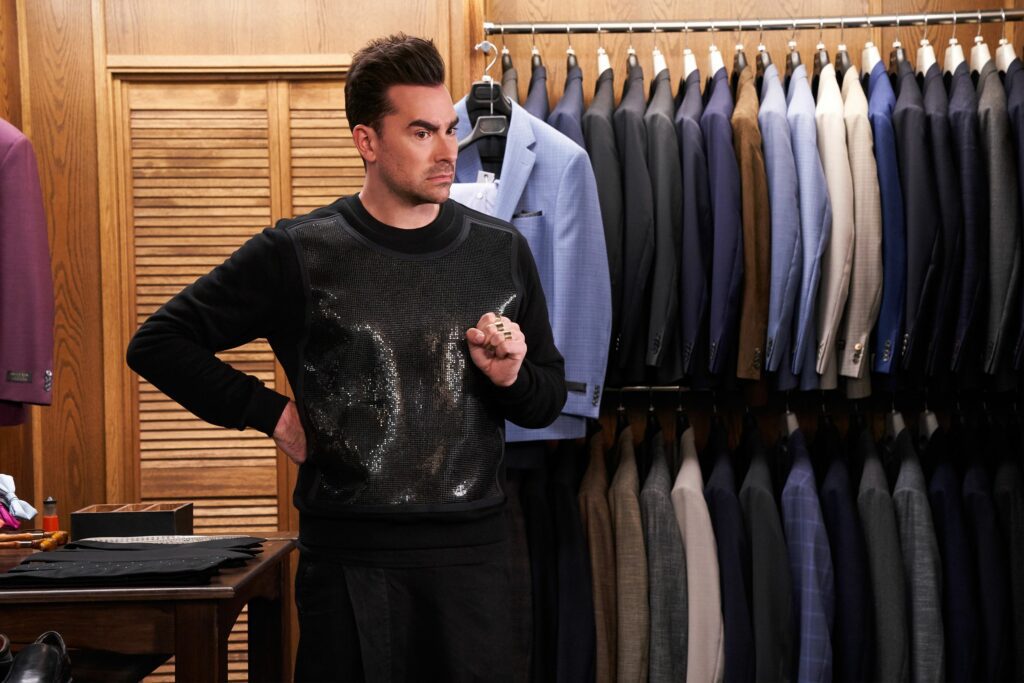 Despite their new environment, Johnny Rose never loses his suit and a cavalier handkerchief tucked neatly into a breast pocket. They can take {literally} everything, but they can’t take his self-worth. He built Rose Video from the ground up and darned if he’s not going to find a way to do it again. Getting taken down doesn’t mean you can’t get back up—impeccably dressed.

Best friends are the literal best. 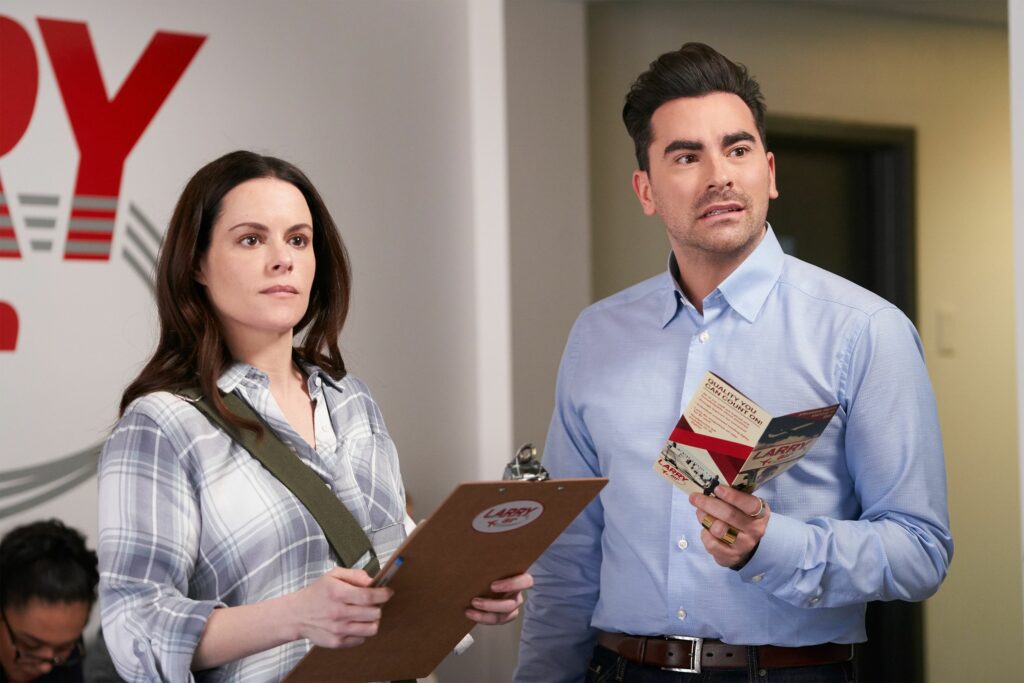 David and Stevie admitting that they are each other’s best friend is quite possibly in the top 10 of Schitt’s Creek tearjerker moments. Sitting in their fluffy robes covered in face masks {which only make David’s brows more wickedly prominent}, they are able to recognize that they are each other’s biggest support. Even if their friendship is based on a significant level of sarcasm, alcohol, and failed relationships. But who’s judging?

Know who your people are. 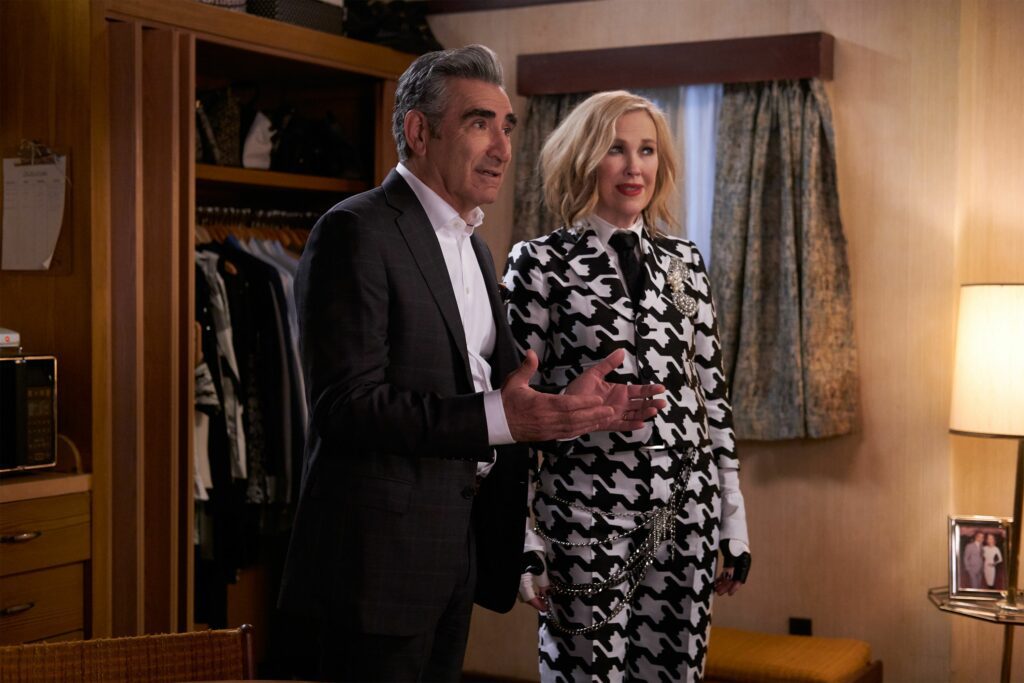 It took them a while to warm up to the eccentrics of Roland and Jocelyn Schitt, but Johnny and Moira finally came face-to-face with old life meets new life. While dining with old friends, the Schitts unexpectedly turn up at the restaurant {never mind that they had invited the Roses and been turned down}. When their old friends turned their sights on the little down with a cascade of unfounded rudeness, Johnny shut it down. Letting them know that’s where they live and that the Schitts were indeed their friends—who were there for them when these fair-weathers were not. 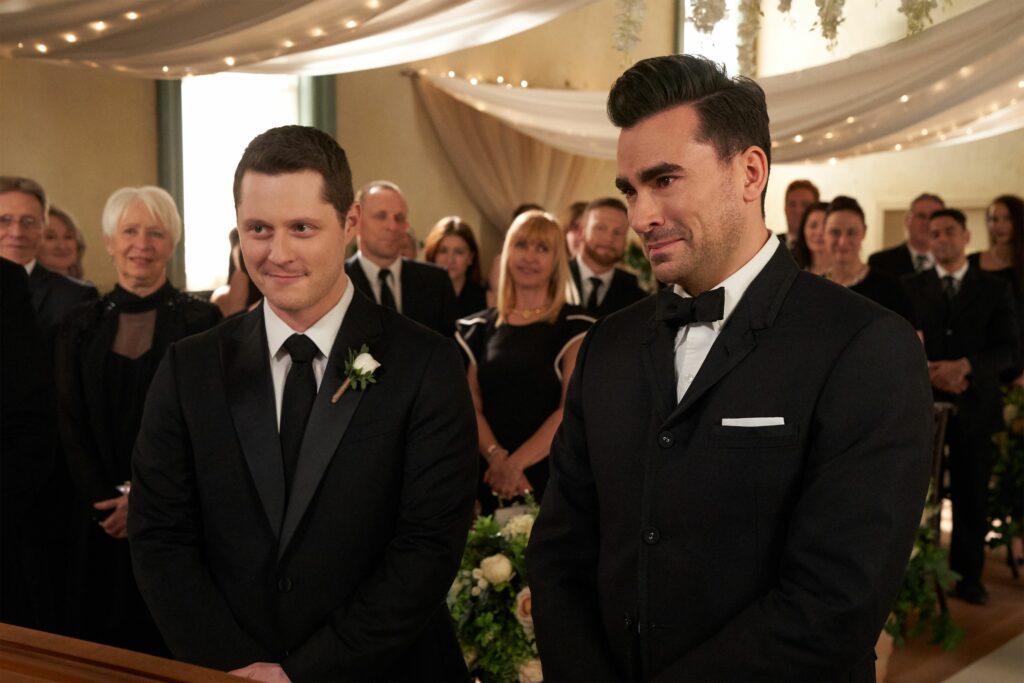 A large parcel showed up at the hotel with strings to the Roses’ old life. A larger-than-life portrait of the family. {Actually, Alexis wasn’t even there and Johnny’s assistant sat in for her.} There’s much ado about where the portrait should go but Johnny’s main lament is that the family wasn’t always together, but looking at the portrait, there they were. Stevie delivers reality with a sobering, “Well, you guys are together like all the time now, so who needs this?” Point taken, Ms. Budd. Away from a seemingly endless cash flow, the Rose family finds more time to actually be there for each other. 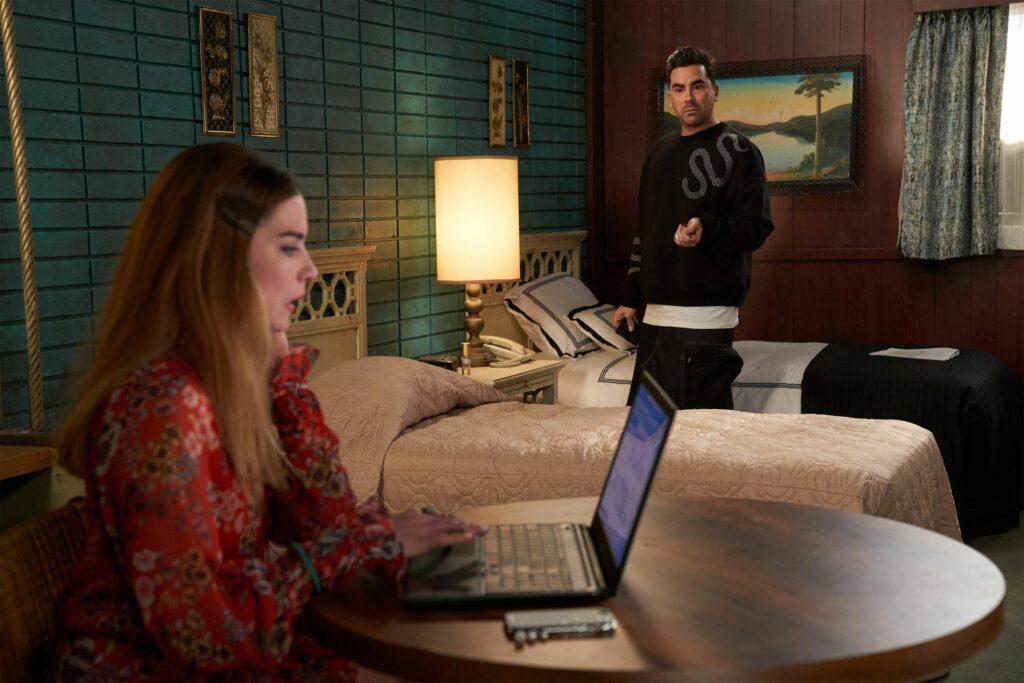 Several times in the series we see the Schitt’s Creek characters chase after some big dreams. Alexis finishes her high school degree, David takes on the failing general store, Johnny pursues new business opportunities, and Moira engages in a city council race. Whether skepticism came from others or from within the Rose family compound, they set goals—big and small. There were some bumps, but we loved seeing them achieve them.

Family dynamics are hard but worth it. 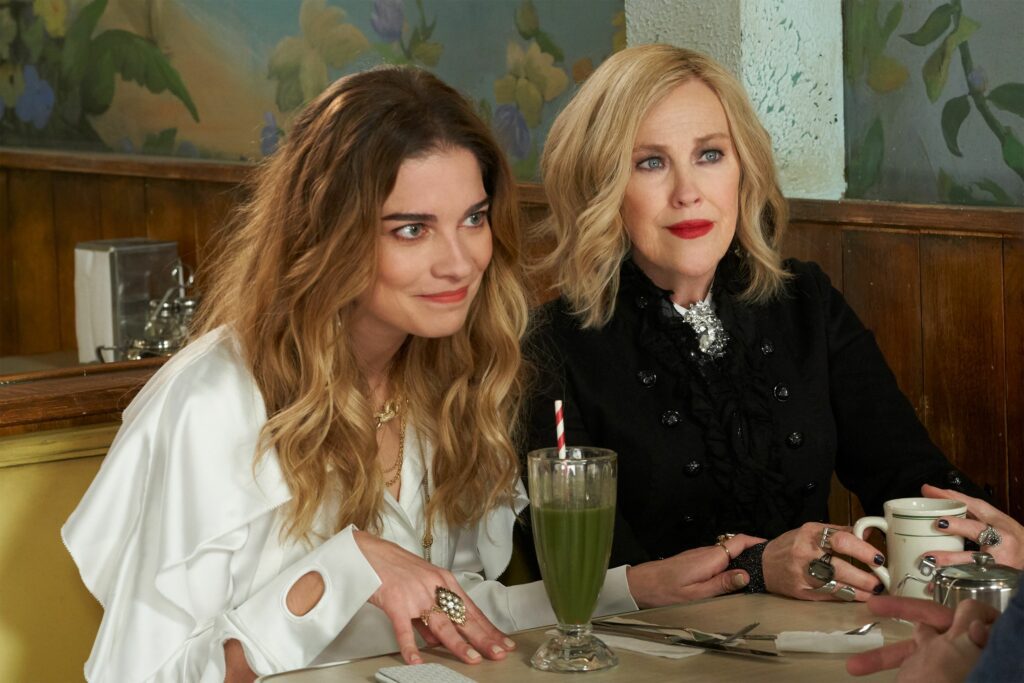 Possibly one of the most cringe-worthy {and dadgum relatable} relationships we witness in Schitt’s Creek is between Moira and Alexis. Alexis casually explains to David, “When it comes to three people, there’s always a favorite. It’s like how mom likes you more.” When Moira attempts to dispel this notion by insisting on lunch plans, things unravel quickly. However, we see Mama Rose make many new attempts to bond with her daughter—including a performance at her graduation ceremony. {Tissue please.} 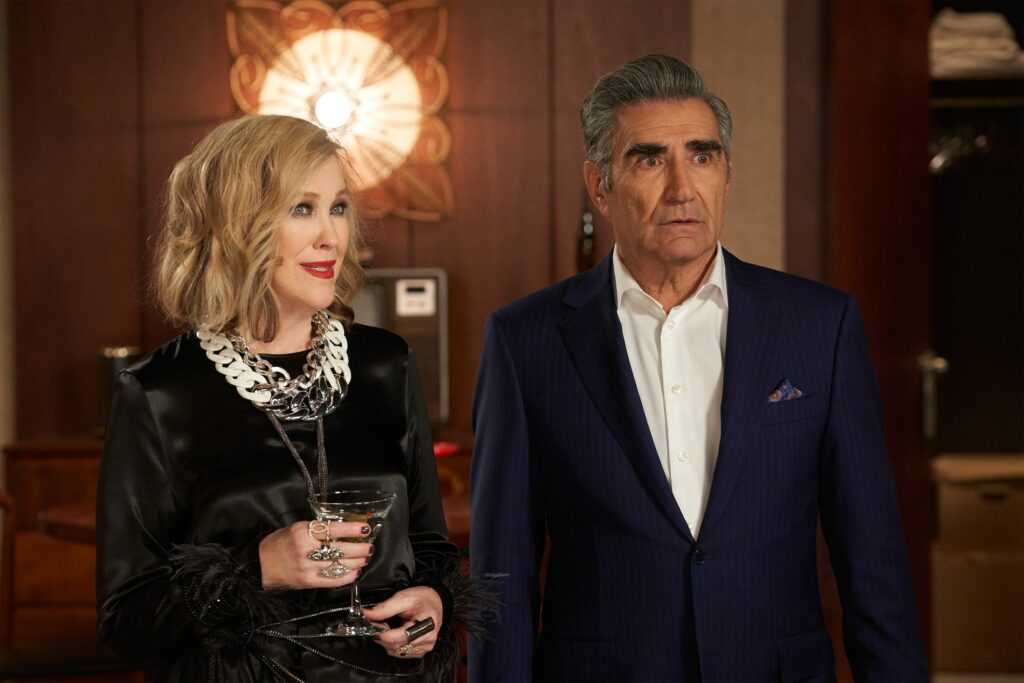 Oh, Johnny. If you haven’t used “Talk to the hand son, because the ears are no longer working,” you aren’t doing something right with your life. And who can forget, “Tweet us on Facebook!” Parents can often give us a lot of comedic material, especially when it comes to technology. And Mr. Rose’s gift-giving skills leave much to be desired. But he quickly surfaces as the heart of the Rose family and we have to laugh along with Johnny—dad jokes and all.

Appreciate a hype man in your corner. 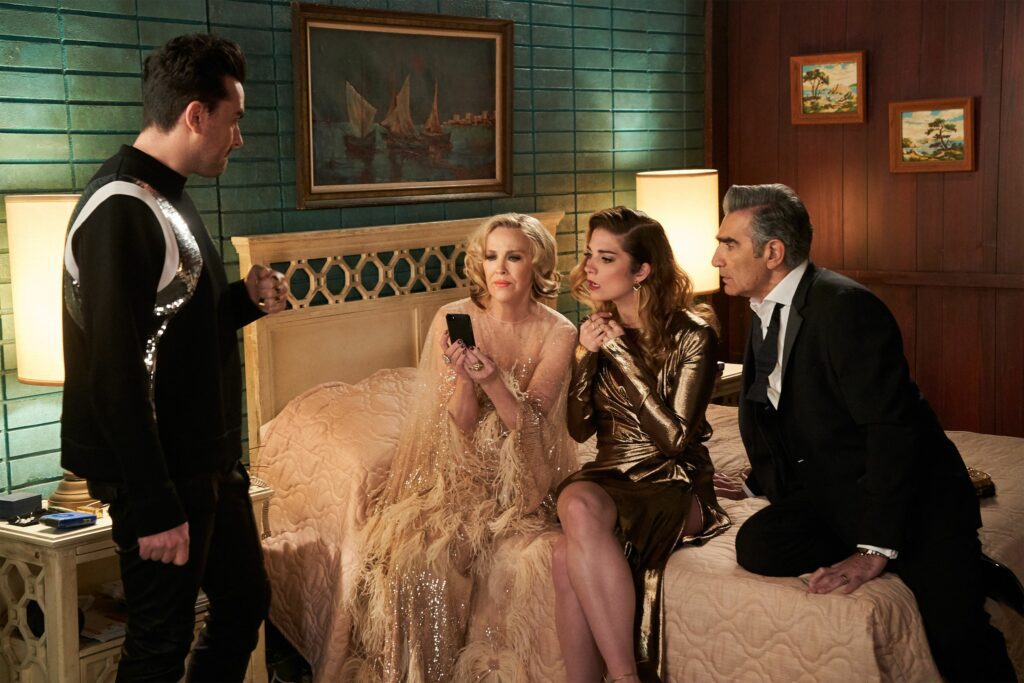 There’s something special about the bond between Johnny and Moira Rose. He’s her number one fan and an excellent hype man. There are many instances where we see Johnny’s encouragement of Moira and how he builds her confidence. “You can do this. You’re radiant. You’re beguiling.” Honestly, we all need a Johnny in our corner. And Moira? “I’m going to *** nail it.” Get it, Moira.

It’s true, David and Alexis did have a lively battle about who gets murdered first in the new hotel accommodations, but we see them redeem themselves. Their bickering reaches impressive heights, but we got a little misty when Alexis put her feelings aside and encouraged Ted’s new girlfriend to sign an exclusive agreement with David’s store. And when David is confronted with Ted after Alexis divulged her true feelings, he lets him know how rare it is for his sister to be that vulnerable. A healthy amount of animosity is necessary for the addicting cocktail that is Schitt’s Creek, but we also adore stealing a peek at their sweet moments.

The only one who is really worried is you.

David stresses to the max about his driving test due to “crippling anxiety.” Even though he doesn’t think she’s helping, Alexis delivers some pretty solid advice. {She does after all have a license in seven different countries and an F class.} Nobody is really watching that closely—except you. Making a few mistakes along the way is totally okay, and being slightly terrified is perhaps a good thing. When else would you be picked up by the South Korean secret police? Yolo.

No room for gossip. 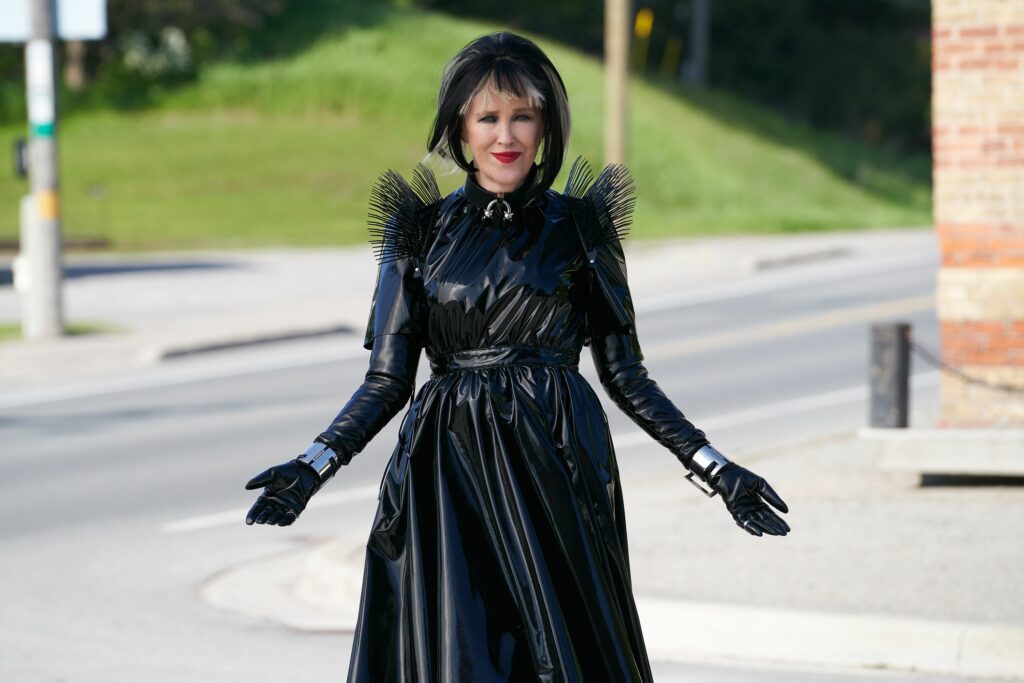 In true Moira fashion, she gave us the is solid quip:: “Gossip is the devil’s telephone. Best to just hang up.” Nothing good came from their friends talking behind their backs, and the Rose family soon found out what true friendship meant. And while Moira doesn’t always adhere to her own advice, it’s a lesson worth remembering.

Ultimately, Schitt’s Creek showed up for us as much needed therapy during a Schitt storm of 2020. And while we agree with Moira’s longing for a good coma at times, we’re pretty grateful for the gifts as well. 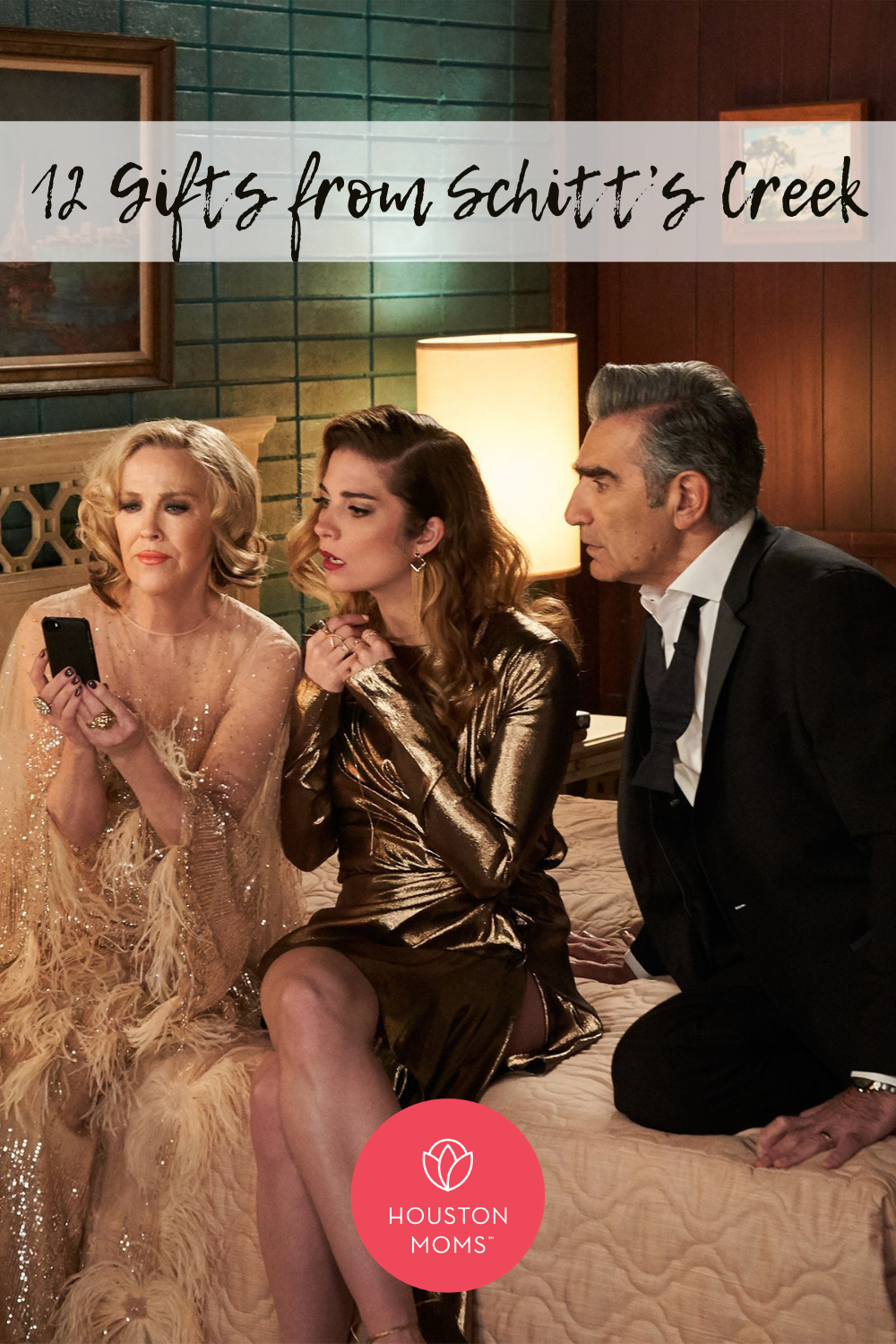