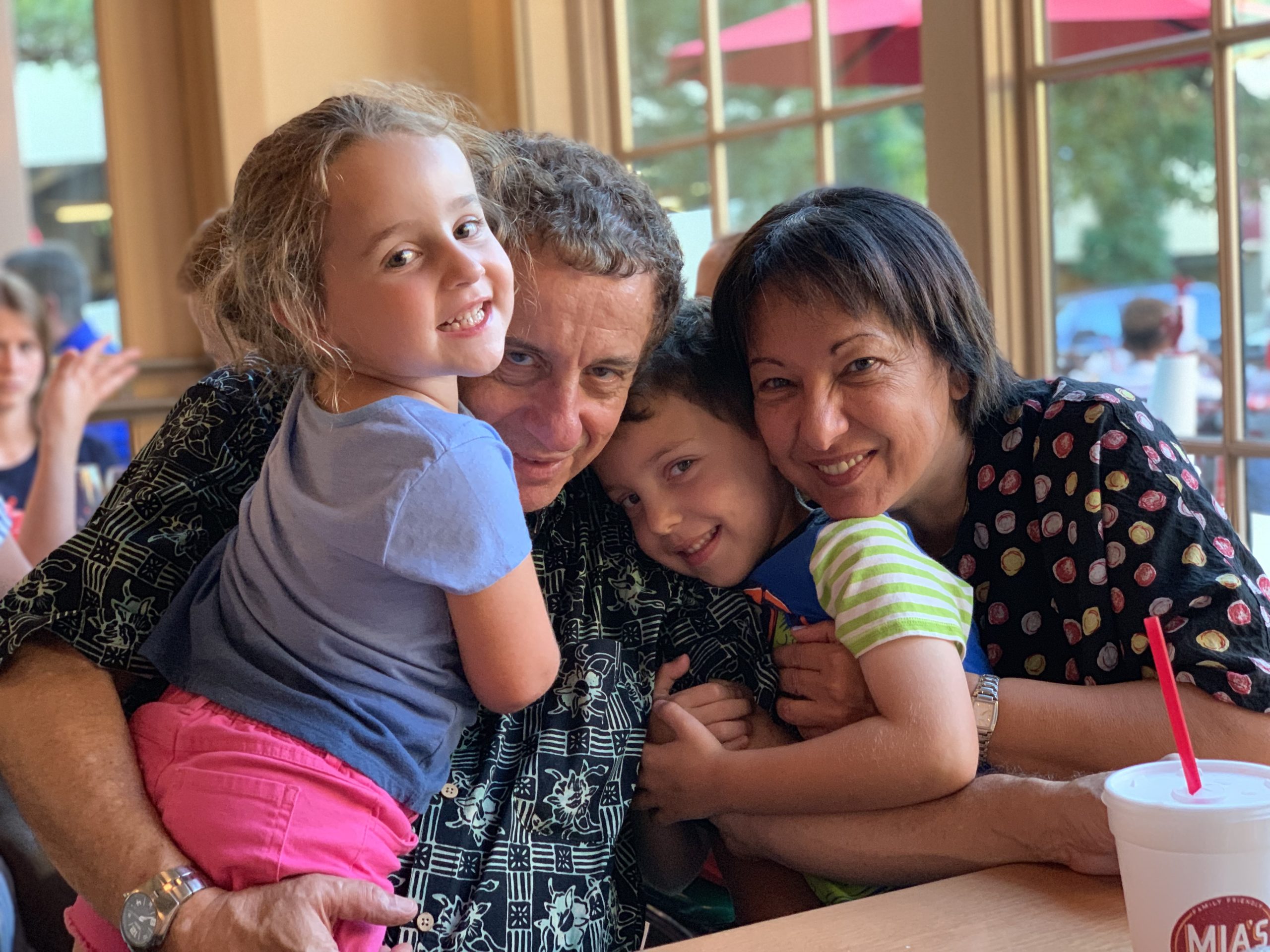 A heaviness weighs on me like a cold, wet blanket. The sadness I feel from his absence is palpable. My father-in-law was just here in Montpellier in September. He was healthy, vibrant, strong. And he was overjoyed to see our new home and explore our new city.

On Halloween, he died suddenly from cardiac arrest. He was only 64. He exercised daily. We had no warning signs that his body might fail him. We feel completely cheated. Every day since his passing, I try to find a way to accept the fact that he is no longer here. And it’s just not happening.

Being so far away doesn’t help. My mind plays tricks on me and makes me believe that the distance is the reason we haven’t spoken for a while. I still imagine him back in Houston, going through his daily routine that he carried out almost robotically, day in and day out. How could he not be doing his morning exercises immediately following his daily prayers? Oh, it’s 2 pm? You can find him finally eating his lunch in the break room at his office. I guess it’s denial. But it feels good to think of him still doing these things.

When my husband and I were deciding whether or not to make the huge leap and relocate to France, there were two prime factors that pushed us to say “yes.” First, we knew our kids were a good age for this opportunity. They were still so malleable, and not as attached to their friends and schools as older kids might be. We knew they would be sponges when it came to acquiring a new language, and what a gift it would be for them to have French as a second language.

The second factor we considered was that we knew that our parents {whom all live in Houston} are healthy. We would never leave if they weren’t, because we would want to help take care of them if they needed it. And now, whenever I think about the day we naively discussed that, I shake my head in utter shame. How wrong we were. Not that we could have known. However, I still can’t help but feel remorseful for my confidence that all of our parents were in great shape.

Another reason I personally made the choice to move to France, was because I wanted the chance to focus on writing a book – a book that my father-in-law was writing with me. The story involves a real-life family hero:: his uncle. I have wanted to write it for years. In Houston, I was far too busy to concentrate on this project. My proverbial plate was overflowing with prior commitments and obligations. About a year ago, my father-in-law had an epiphany that the story needed to be told {the story is well-known in Israel, but we wanted the rest of the world to know about it}. Right then and there, we got started on our project together. For about six months leading up to my move, my father-in-law researched and translated several documents from Hebrew to English so I could use them as resources for the story. We had begun meeting weekly to go over new information, and in less than two months, he created the most thorough memorial web page I have ever seen.

Now that I am starting to feel more settled, and time seems to be freeing up {just a tad}, I am on a mission more than ever before to write this book. Not only because I think its a story worthy of the world knowing, but because it was ultimately his last wish. Thanks to his hard work, I believe I have everything I need to move forward. But, oh how I wish he were still here to work on it with me from start to finish.

And then, there are my kids – my six-year-old and my four-year-old, who sadly might not remember their grandfather very well in a few years. My heart hurts when I think of this because I watched my children develop such special relationships with this man. He loved them so deeply and they brought him so much joy. He was often beaming with pride over each little milestone they reached. He never missed an important event for them, and he always brought his video camera to document everything.

When we told our kids that their Saba {which means “Grandpa” in Hebrew} passed away, they didn’t quite grasp what that meant. Our six-year-old observed us crying, and he, in turn, began to cry and ask lots of questions. My four-year-old took the news sort of matter-of-factly and was emotionally disconnected. She is aware that Saba is no longer here, but that’s about the extent of her outward thoughts about it.

When my husband and I had to leave our kids to fly back for the funeral, we had to explain why we were leaving in such haste, and why they would have to say goodbye a different time. Again, my six-year-old was very upset about it. We just knew we weren’t in the position to mourn this loss AND take care of two sleep-deprived, confused kids at the same time.

I have made an effort to talk about Saba often to my kids, in hopes that they will remember him at least a little bit down the line. Since his name, Dubi, means “bear” in Hebrew, I often point out bears that we see, and tell the kids that the bear reminds us of our Saba. I also have pictures of the kids with him and I purposely keep those pictures in their respective bedrooms, so they can remember what he looks like, and so that they can see how close they were, and how much he loved them.

When my kids return to Houston this Spring, we plan to take them to my father-in-law’s grave site and hold a little ceremony, so they can say their own good-byes. In the Jewish tradition, loved ones often place rocks on the grave stones in remembrance. We hope to let the kids paint their own special rocks and place them on their Saba’s stone. I think he would love that.

My father-in-law was such an amazing human being. He inspired me daily with his can-do attitude, and with the voracious way he approached his life – only ever doing what he loved, and continuing to learn new things every single day.

Soon after his death, the lyrics “why do you write like you’re running out of time?” from the Broadway musical Hamilton popped into my head, and continued to play over and over again like a broken record. Alas, I had a revelation that my father-in-law had several parallels to Alexander Hamilton. Like him, my father-in-law was self-made. He immigrated to the United States with hardly any money, for his own shot at living the American Dream {which he succeeded in doing beautifully}. He believed and stood up for a democratic and capitalistic country, where hard work literally paid off. He worked feverishly and passionately…as if he was always running out of time. Or maybe it was just that he wanted to accomplish as much as humanely possible while he was still on this earth. Either way, it was unbridled and full of purpose.

He never complained, and when he wasn’t lost in deep conversation with someone, he had a constant grin on his face. A grin that expressed his contentedness with life and the people he loved. In the end, his heart failed him. I can’t help but think maybe it’s because his heart was too big. He loved so greatly, perhaps too much. And his huge heart will always be what I miss the most about him. 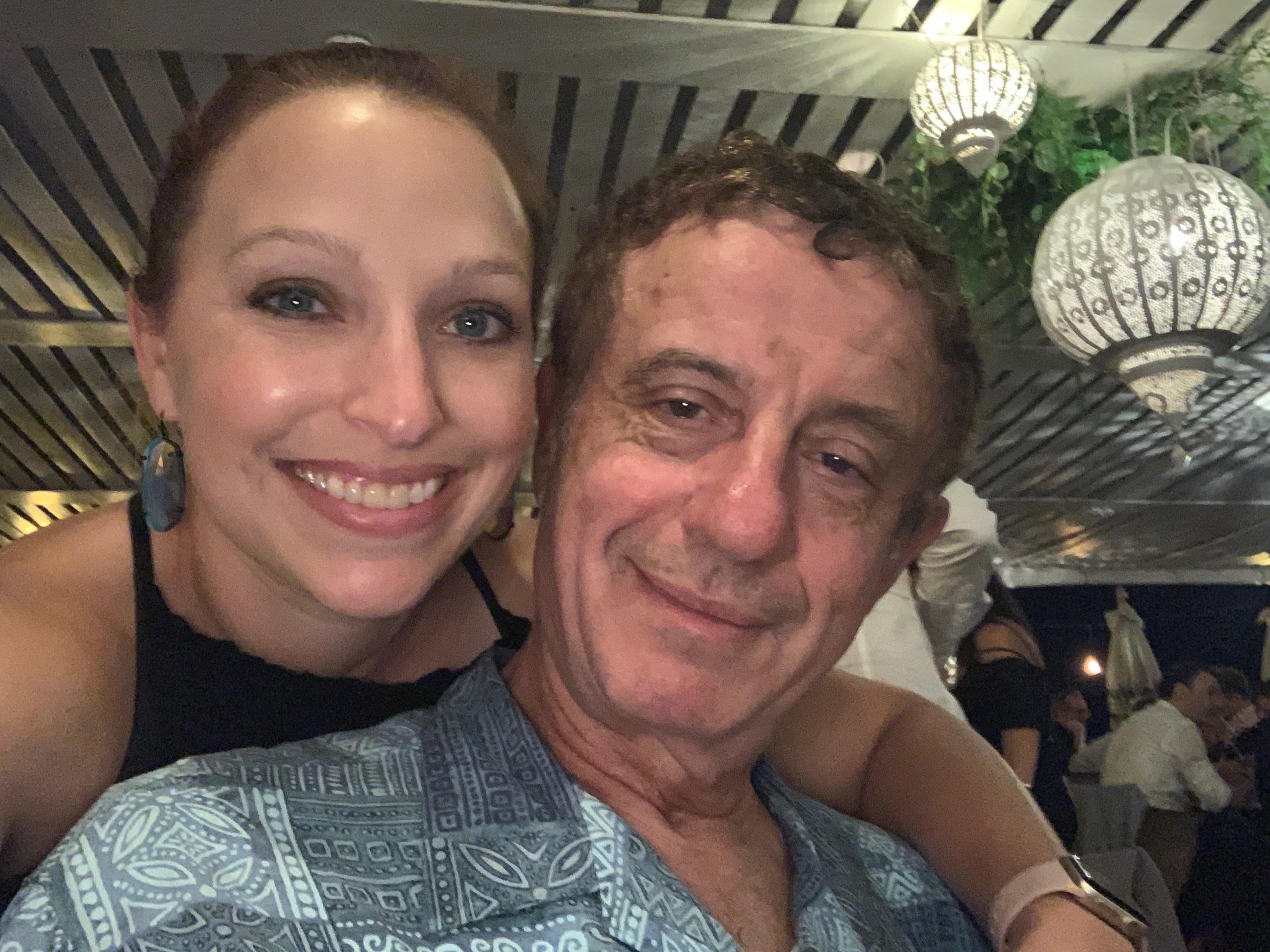 May his memory be for a blessing. 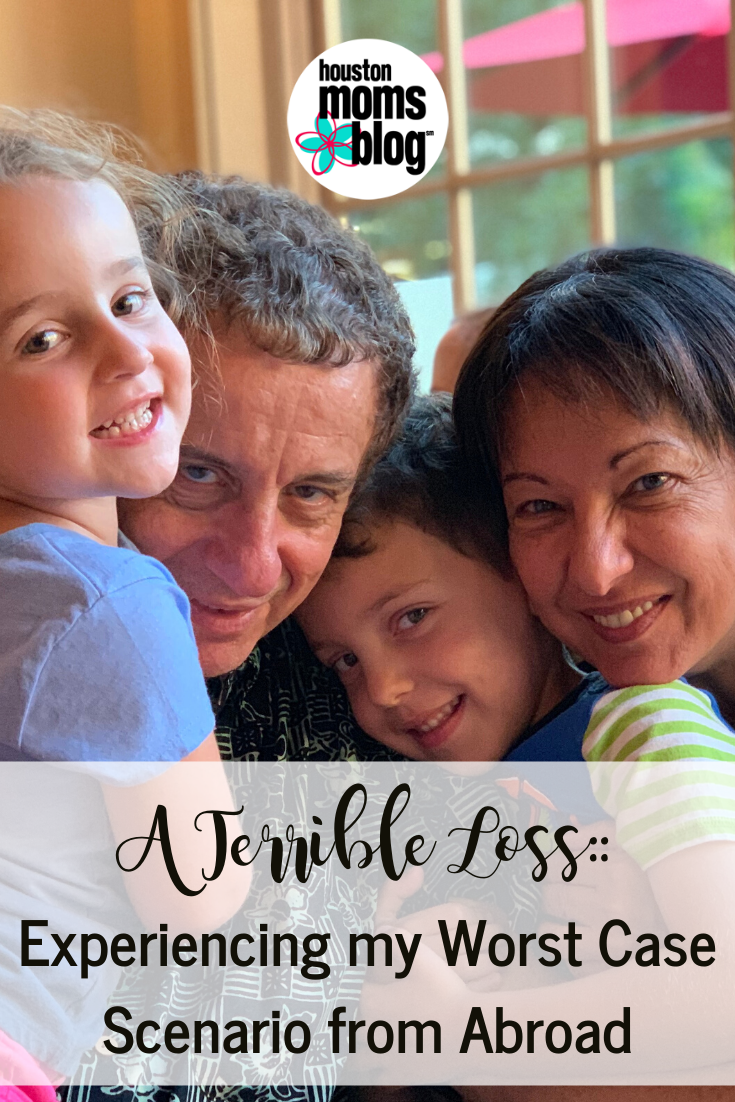