I knew my husband was an addict when I married him. But the thing is, I thought he was cured. He was an addict, but surely now he’s not. He did a week of detox from alcohol while we were dating, and seemed happily sober. We got engaged, we got married. He didn’t need AA or anything like that. All of those problems were over.

Spoiler alert: I was wrong. Addiction is for life.

I discovered this when he was diagnosed with a painful, progressive bone disease only a year into our marriage. Guess what he was prescribed to manage it? Opioids. The same drugs whose abuse has become a national epidemic. My husband was prescribed insane amounts of these pills by a pain specialist, and his love affair with his drug of choice was born.

In the seven years that have passed between then and now, we have been through a lot. Withdrawal from opioids {over and over}, surgery to cure his disease, infertility and miscarriage, depression, management of withdrawal with a different substance that was still addictive, the birth of our two children, and some relatively stable, even good, years. The one thing I never expected was a return to alcohol.

It was inevitable, I suppose. All of those years he still had an addict’s mindset. And last year, when he became anxious over a health scare with our daughter, he felt that he couldn’t operate without substances anymore.

Still being oblivious to the signs, being consumed by life as a working mom {and essentially a single mom}, I didn’t confront him. I covered for him. I made excuses to myself. I told the children that Daddy’s tummy hurt; Daddy was sick; Daddy was tired. I had long, worried discussions with his mother about the state of his health and his “anxiety.” I enabled.

It wasn’t until he stopped going to work that something clicked. In shock, I finally asked him if he had been drinking, and after about a twelve second denial, it was all out on the table. To his credit, he then agreed to every form of treatment.

The next day, he entered a rehab facility that would do more than just detox: it was a comprehensive program … and I will sing its praises until I die. And the first weekend, when I attended a family orientation, I heard the phrase “a family disease” for the first time and thus encountered a turning point in my life.

I left the orientation in tears. I had been told a few things:

A deep depression settled on me. Wasn’t this his problem to take care of? Why was so much being demanded of me? I had a life to live that didn’t include group therapy and Sundays spent at rehab and substance abuse education and an absent partner. And on top of this, they highly encouraged me to go to MORE meetings at a local Al-Anon.

Although I didn’t like it and cried after every one, I went to the meetings. I love my husband, even if I didn’t feel very loving toward him for awhile. Even when it was obvious that he was all in on his recovery, I remained depressed. Even when he came home and was acting like a different {way better, happier} person, I was resentful. But I did the things, and I listened. I even began seeing a counselor. I bought a book and tried to change MY behavior. And slowly, it all sunk in. The fog lifted.

These days, we are still living the recovery life. My husband goes to an AA meeting almost daily. He calls his sponsor every day without fail, and I’m incredibly proud of him for being committed to this process that is in no way easy. Our kids, at ages 3 and 5, know what alcohol is and what it does, and we will continue to have an open conversation about it. Every Saturday morning for a year, we go to group therapy process meetings at the rehab. Although I started out going to support him, I find that now I go for me.

Despite these obligations, we now have a better relationship than ever. We have learned to confront the deepest parts of ourselves and get them into the light. Our relationship with God has grown immensely and we know what it means to live through suffering. We have hope. I used to feel ashamed of this part of our lives, but now we want to share what we’ve been through to help others.

Addiction IS a family disease, but it’s one that has made us stronger. 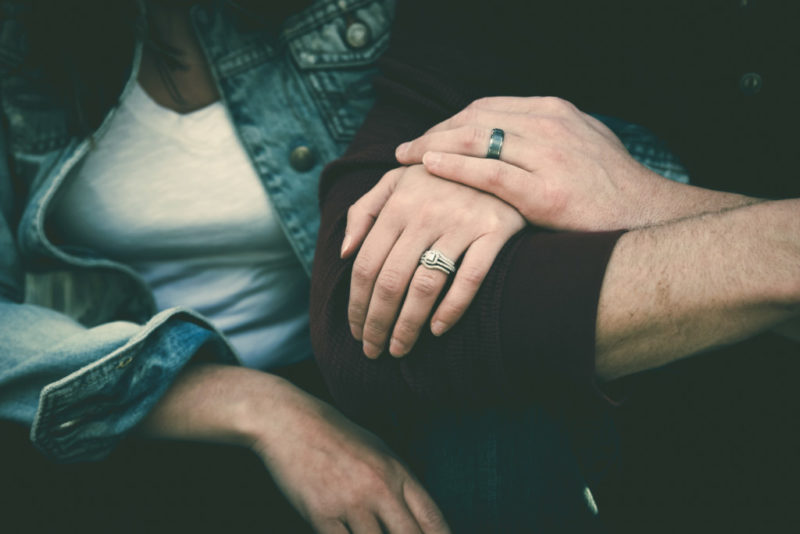