I was one of those people that had sort of always considered adoption.

For most of my life, as long as I can remember, I have thought about adoption.  I have been intrigued by adoption.  I remember clearly the adoption story-line in the Babysitters Club books.  I remember being in Toys “R” Us buying a gift for my niece during my high school years and meeting a woman buying a doll for a little girl she was going to adopt from Russia.  I helped her pick out a doll and cried on the way home for the beauty of this story.  In college, I spent a summer in Vietnam as a missionary.  It was during this time that my understanding of the need for adoption was further cultivated.  I saw poverty in ways I never had before.  I met children who were true orphans and survived living on the street.  The tug towards adoption became increasingly stronger at this point in my life.

My husband and I married in 2004.  Throughout our marriage, there have been pieces of conversations through the years where this dream, this passion, has always been there.  But for many years, that had not been God’s plan for us.  We married before we were even out of college and life became a whirlwind of new jobs, master’s degrees, moving, a house, career decisions, two babies, and a call to ministry.

Although we felt a passion for adoption, the reality of the cost of adding more children to our family weighed on us. Outside of adoption costs, a third child would necessitate a bigger car, more preschool costs, and the potential move to a bigger home.  Although we felt a pull towards adoption, our life felt financially manageable and our kids were becoming older and easier every day.  We never said we weren’t going to pursue adoption, we just never finished the conversation.

In the summer of 2014, my husband and I led a group from our church on a mission trip to the Dream Center in LA.  The Dream Center is an outstanding, faith-based, charitable organization in inner-city Los Angeles that actively finds and fills the needs of people all over the United States.  This ministry serves to provide tangible resources to problems in our faces :: homelessness, hunger, trafficking, limitations of foster care system, addiction, and much more.

I left that trip with an even deeper desire to not just be about causes but to resolve to do my part as I felt led, no matter how little or insignificant it felt.  I began to pray about how to address the needs I saw, the ones I am “triggered” by, when I am just me – just one person.  And God would remind me – “I don’t expect you to do everything, but do SOMETHING.  Don’t turn a blind eye to all the hurt you know about because you can’t fix all of it.”  I realized that it was not about changing the masses.  I might never do that.  But my individual actions could have individual effects.

Throughout the months following that trip, I grappled with those words and what they meant for me.  I was wrecked.  And “coincidentally”, adoption was everywhere the next few months.  The books I read, the shows I watched, the college friend I ran into with her little beauty adopted from foster care.  Over and over again, as I was questioning where I am most triggered to take action in the world, adoption and the plight of the orphan always resurfaced as the place my heart is most burdened for.

Eventually I shared all of this with my husband.  We talked.  We prayed.  We researched.  We asked ourselves and each other all of the hard questions.  For us, it all essentially boiled down to one big thing :: we were scared.

Although there were so many reasons to be afraid, we chose to believe that if God was calling us, we could claim His promises in this journey and that our fears could find rest in our faith.

And so we said YES.  We told our children, six and four at the time.  We told our family and friends.  We began applying for agencies, filling out the first of thousands of forms, and thinking about savings and fundraising. 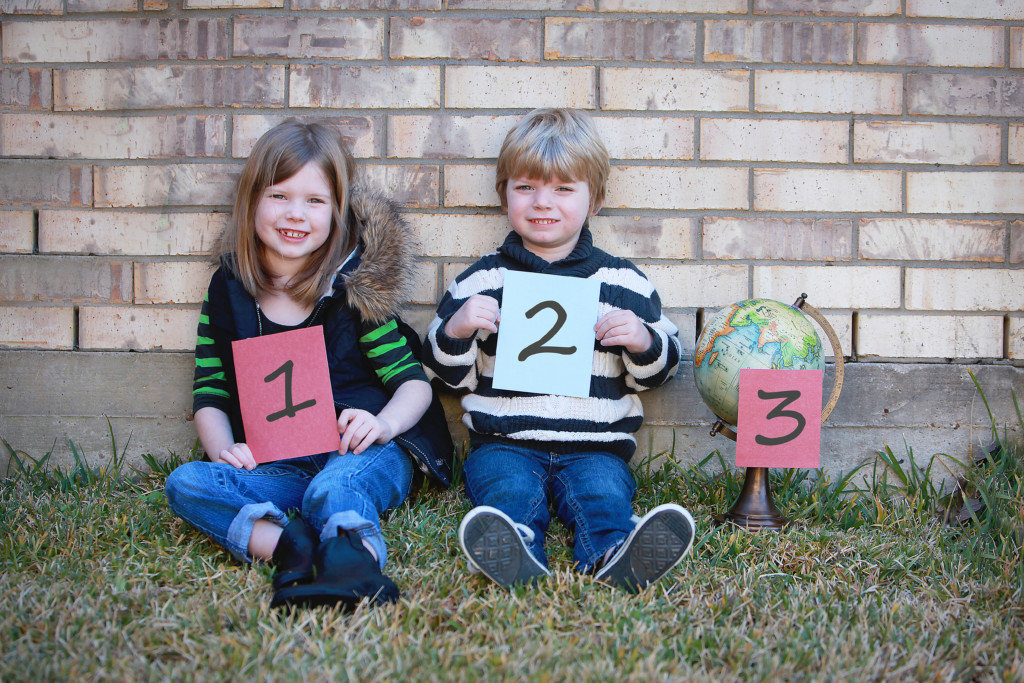 After what simultaneously felt like a whirlwind and the longest ten months of my life, we were in China to bring our girl home.  On November 9, 2015, we met our Elliott Hope.  At just over 2 years old and only 22 pounds, she was tiny and almost totally bald.  Meeting Elliott was one of the most beautiful, most terrifying, most sacred moments of my life. 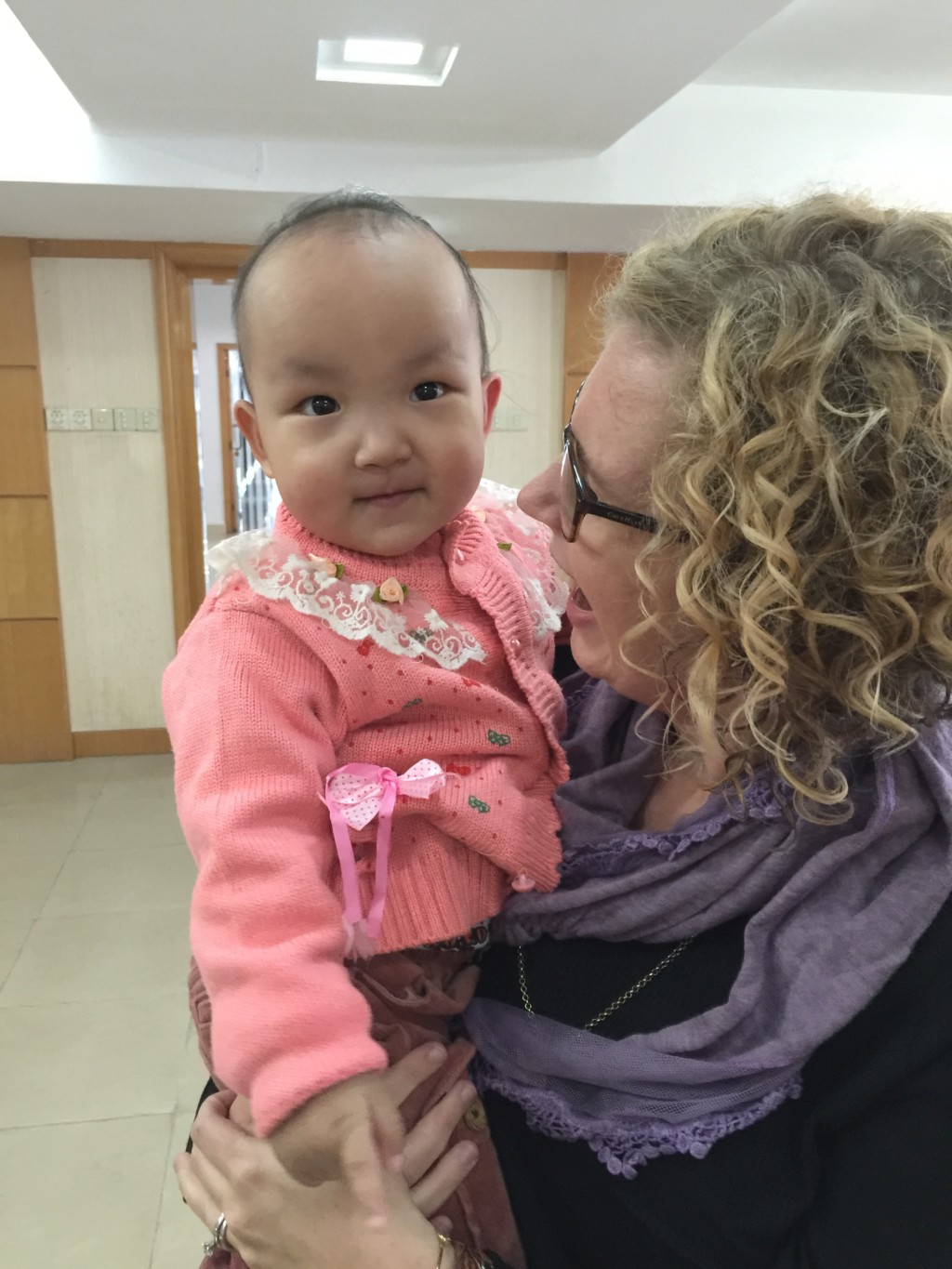 Adoption can seem so romantic from the outside.  I get it.  The idea of bringing a child in who has no one :: it is all a recipe for a good over-comer story. It is so much more than that though.  Adoption is excruciatingly hard work as well.

As we brought Elliott home, I thought I had reached the top of this mountain I was climbing.  In reality, the hard work had only just begun.  Elliott came with more fears than I could have ever anticipated.  She was starving, desperate for touch, and terrified of aspects of everyday life.  For months, we did things like sleeping with her on our chests, waking up in the middle of the night to feed her so that she would know that food was always available, holding her for every meal, and wearing her in a carrier so that she could have unlimited amounts of physical contact.  As we leaned in, not sure if our efforts were adding up to much of anything, we watched her transform before our eyes.  She began to thrive.

About six months after Elliott came home, my husband and I were sitting at the kitchen table.  We had been changed by what we had walked through.  In reality, we should have felt relieved that our life was getting back to some sort of normal.  Instead, we were haunted by images of what the inside of an orphanage was like, the children left behind, and our hearts were forever imprinted with the marks of this girl whom we had watched come to life with the love of a family.

So in June of 2016, we said YES again.  Yes to the paperwork, to the fundraising, to the travel, to the wrestling through of the fears and the unknown.  Yes to the medical needs and the attachment struggles.  Yes to another child, who was more than worth it all. 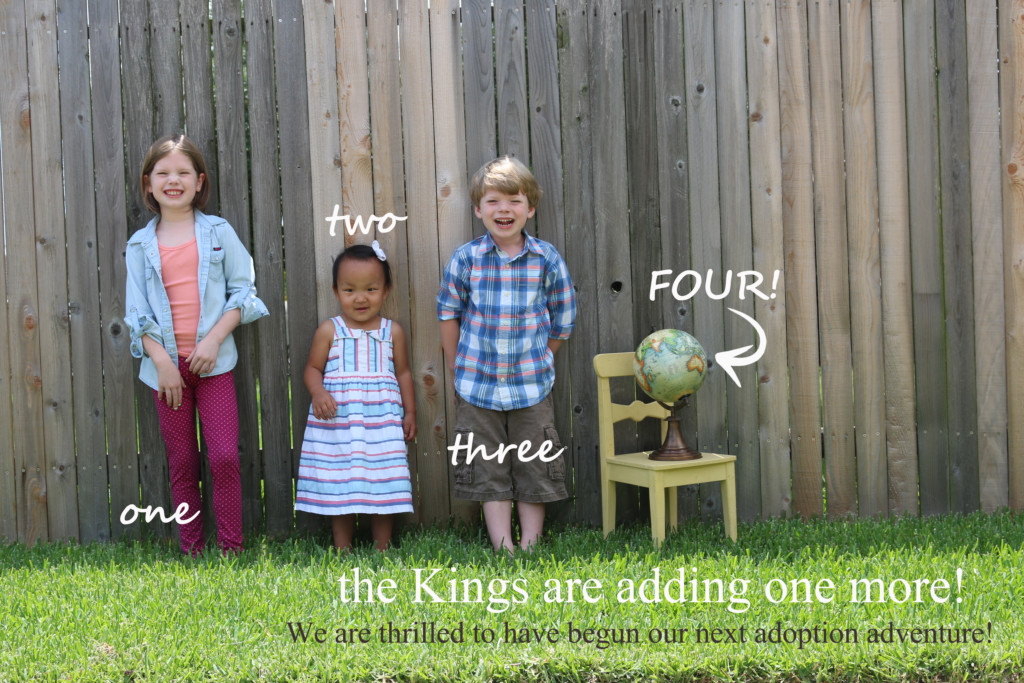 On April 10, 2017 we met our Isaiah in Inner Mongolia, China.  He was two and a half and had a rough transition to us, however underneath that terrified exterior was hiding the sweetest, silliest, just the right amount of mischievous, little love. 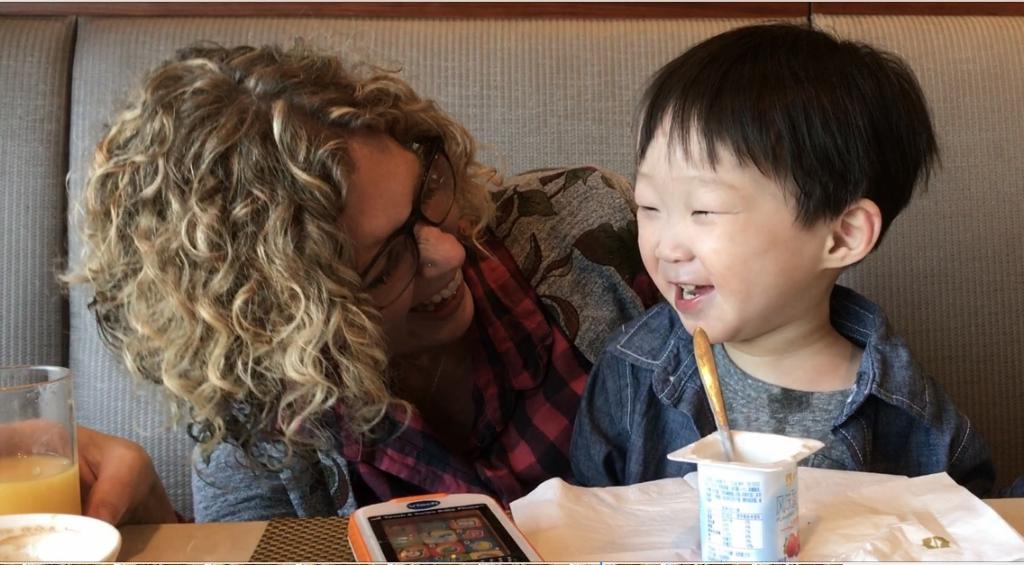 Elliott has been home for two and a half years and Isaiah has been home for just over a year. In a million ways, they are just our children.  They make us laugh, exhaust us, make endless messes, irritate their older siblings, are adored by their family and friends, and without a doubt, know their place in this family.

In other ways, the effects of adoption remain part of our everyday life.  Trauma is real. The experiences of neglect, malnutrition, and loss leaves scars that we continue to learn to navigate as a family in our every day. 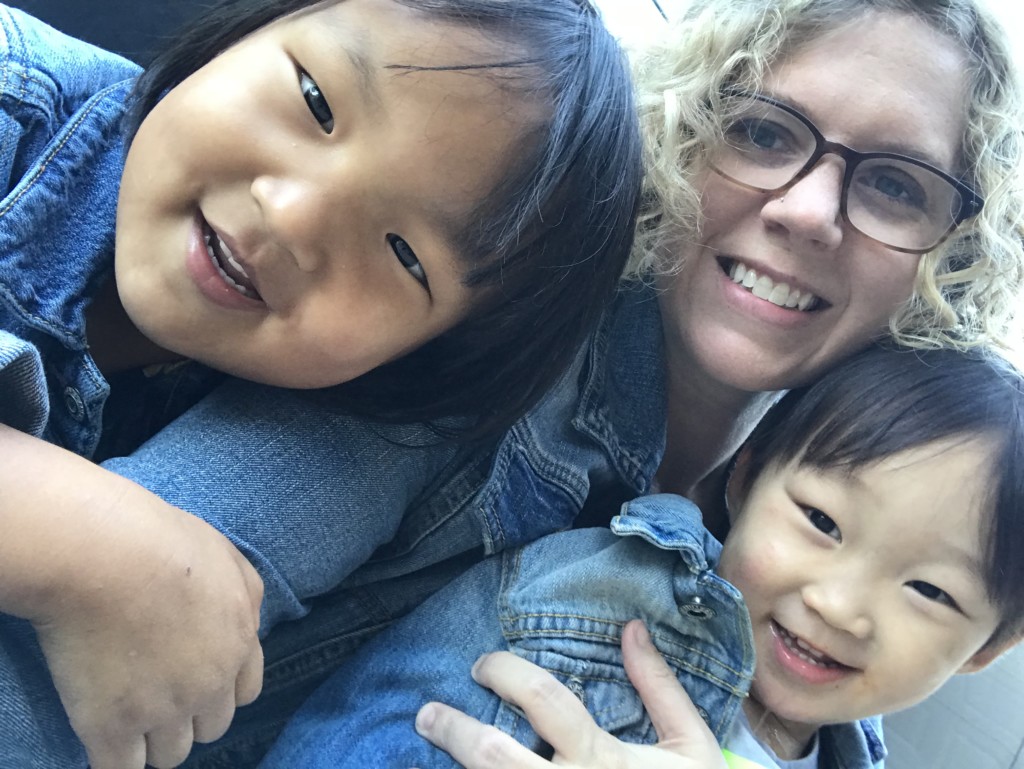 And yet one of the profound things I have learned is that these are just children.  Scary pasts, medical needs, unknown traumas.  None of that changes the fact that the biggest need a child will ever have is to be in a family. And I will never stop being grateful that God took me beyond my fears to have me say yes to the two of them.

Studies show that 25% or more of the population considers adoption, however less than 1 in 10 of individuals move forward with the decision to adopt.  My hope is always to keep the conversation open, that I might be part of answering the questions and eliminating some of the mysteries surrounding adoption, so that more families might find their “YES”!