Picture it. Spanish Fort, Ala. The year is 2021. We’re a year into COVID-19, and we decide to take a Spring Break road trip from Houston to the Florida panhandle.

We’ve seen too much snow. Please, no more.

We want sun and sand. Close to the water. We want to spend our days on the beach, and we do not want to be close to home.

We need to escape.

But on our second leg of the road trip to Florida from Baton Rouge, Louisiana, our glee and excitement for the upcoming week changes. In an instant.

With one all-too-eager opening of the truck door, my almost eight-year-old changes the course of the next several hours. The three inch dent in the Cadillac parked next to us leaves my husband feeling sick to his stomach with worry.

Immediately, he says “We either need to leave or leave a note.” He repeats this several times as we tried to walk into a restaurant to have a late lunch. We turn back. 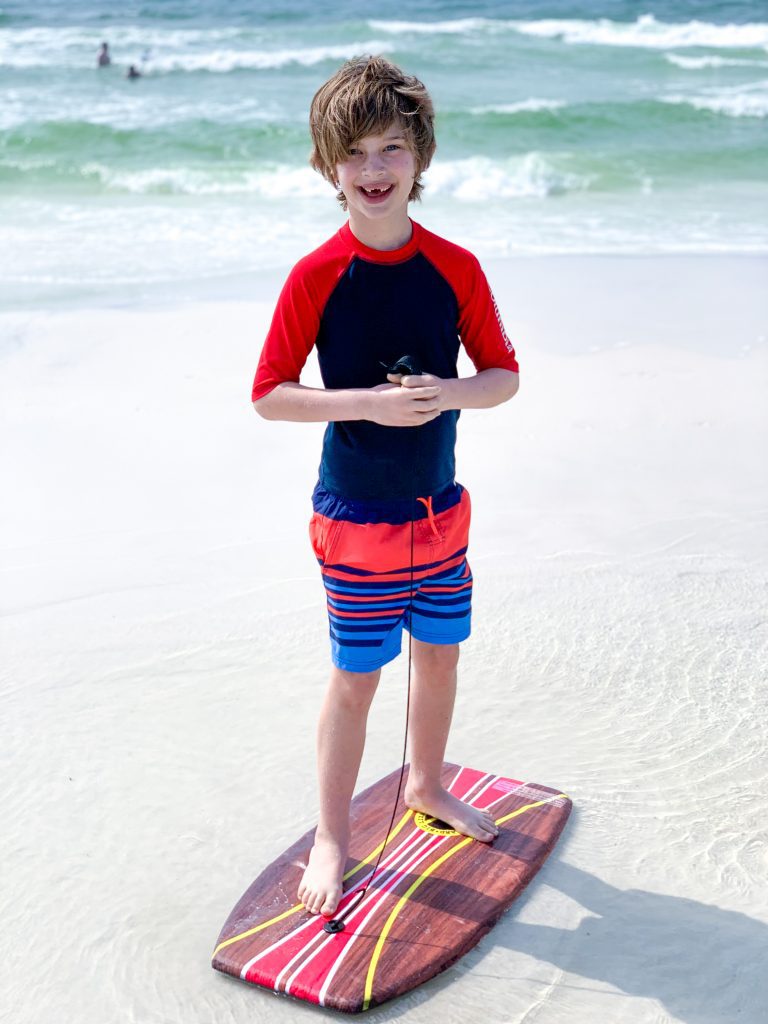 My son hands me a sheet of paper from his notepad, and I scribble down the following . . . “Sorry, our son accidentally opened his door too far and damaged your car.” Then I add my husband’s name and phone number.

We forgo the sit-down lunch. It would have been awfully awkward, and we were all too stressed to eat or even pretend to be nice.

The rest of the drive is mostly silent. I had already tried to explain that it was too late to change anything that already happened, but that we shouldn’t let it affect our trip more than it already had.

My words fell on deaf ears.

After all, my husband was nauseous with worry. My son felt awful {and probably a bit scared}. My daughter and I did try to play the alphabet game, but no one would join us. It felt so forced.

We anxiously awaited a phone call. It never came. 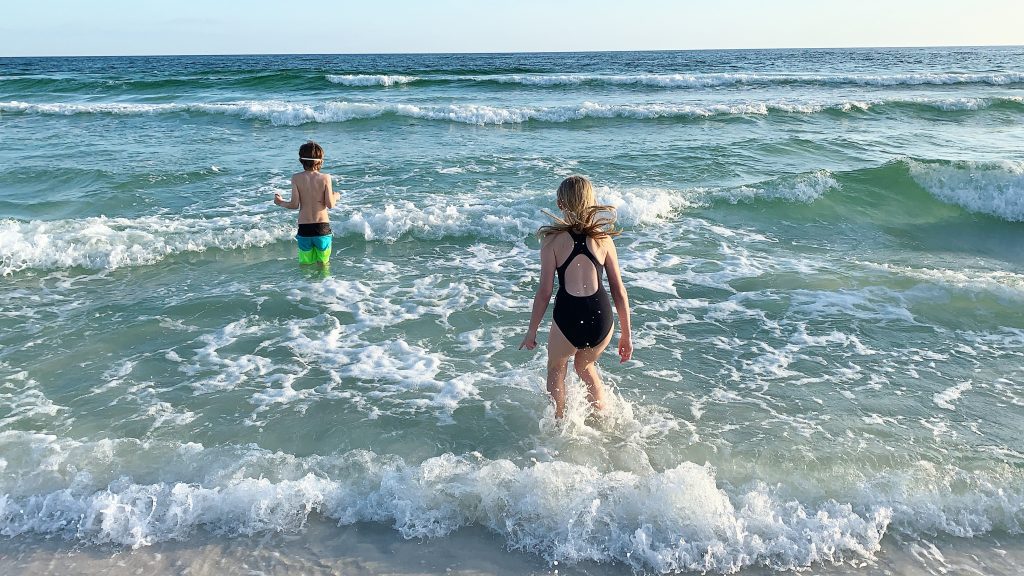 We eventually arrived to Santa Rosa Beach, Florida. After unpacking, my husband walked out onto the small balcony. When my son decided to join him, my husband was able to explain that he knew it was an accident. He was not angry with him. But, he was scared about how much it would cost and how the owner of the other vehicle might react.

Days passed, and we heard nothing. The kids had hoped it meant the person wasn’t going to call. The adults secretly hoped for the same.

But the day after we arrived home in Texas, my husband received a text from the owner of the Cadillac.

She explained that she was going to get a few quotes on the repair, and she would let us know the details by the following Thursday. I thought she sounded like a nice person {via text message, anyway}. My husband was instantly on edge again.

We waited it out. Nervously.

On Thursday, she wrote us and explained that the place she was going to have it fixed said they were unable to repair it. She needed to bring it to a body shop instead. She explained that this would likely cost hundreds of dollars. She was probably underestimating, but she did not want us to have to pay so much.

Insert immense feeling of relief. But also, we didn’t feel comfortable not helping her out.

My husband sent her some money via bank transfer.

We, too, have been on the unfortunate side of similar circumstances.

But she refused the money.

Instead, she wrote us the kindest messages.

She was thankful that people still had enough integrity to leave a note when no one was around to see what they had done.

She encouraged my husband to use the money to do something fun with our son. She said time passes so quickly, and we cannot get that time back.

He sent me a screenshot of the their text thread. 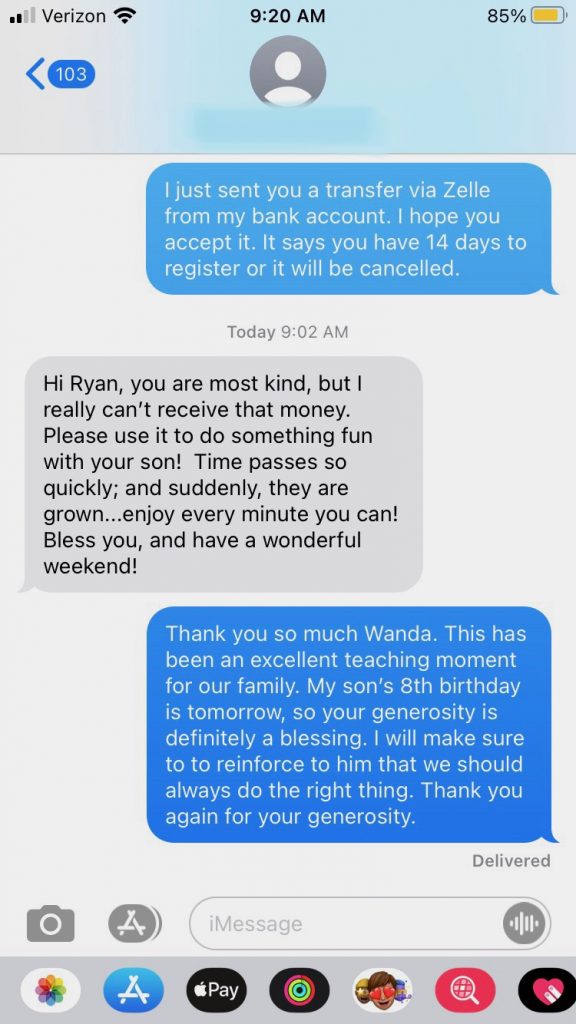 I cried because there are truly good people out in the world.

I cried because we were trying to teach our children to do the right thing by showing them, but we were still scared of the potential fallout.

I cried because while we thought we were teaching them something, she taught us a far greater lesson.

It is easy to believe that the world is full of horrible people.

It is easy to believe that when given the opportunity, others will take advantage of you or “the system.”

But why was it so hard for us to believe that someone could see our circumstance and treat us with compassion instead of condemnation?

Wanda from Alabama taught us that.

Her outlook on life and unexpected kindness was a gift we will never forget.