For as long as I can remember, I had a plan of what my life was going to look like. I would meet my husband in college, and we would graduate, travel the world together, land our dream jobs, get married at 27 {I don’t know why I thought that was the perfect age}, buy a beautiful home, and then begin having children. Little did I know, nothing was going to go according to that plan.

My boyfriend {now husband} and I began living together in College Station in August 2004, and in October 2004 I found out I was pregnant. I was just starting my senior year at Texas A&M, and I thought I had the whole world at my fingertips. I had dreams, goals, and plans…just none of them included having a child. I was devastated, depressed, in denial, and didn’t know what to do. I immediately went to the doctor, hoping he would tell me all three tests I took were somehow wrong. I remember breaking down in the office when he came back and told me I was in fact pregnant. He gave me a hug and told me everything was going to be okay. Okay, I thought…my life is over. I walked out into the waiting room to tell my husband the news. But I didn’t have to; it was written all over my face. We left the office and began a very hard road ahead of us.

I decided to move forward with my pregnancy. I knew it was not going to be easy, but I am a very determined person. I had two semesters plus two classes left before I was able to graduate. There was no way I was going to get this far in college just to leave and go back later. So, I set off to finish my fall semester pregnant. I went to every class and studied harder than I ever had before. I was nauseous all the time, but it would not deter me. With the fall semester under my belt, I set out to tackle the spring.

My spring semester was in full swing with a 15-hour class load,  one of those being a difficult finance class. I attended tutoring and late night study sessions. During one of my doctor visits, my physician told me that I needed to go get a blood test {“really just a formality”} for genetic testing. I did the test and received a call from my physician a few days later that the results came back with high markers for spina bifida. Huh? I didn’t even know what this was, but I started googling.

About a week later and five pounds lighter, I showed up at the office fearing the worst. They decided to just do an ultrasound to count the baby’s vertebrae. This was the first time I saw my baby, and I could not even look at the screen. I was in tears. After what seemed like an eternity, the technician smiled and said my baby looked great, and the test must have been a false positive.

The rest of the pregnancy was very normal. We found out we were having a little boy due on June 3rd. I finished my semester and passed with flying colors. At the end of the semester, we moved to The Woodlands so my husband could finish up school at Sam Houston. We had wonderful baby showers and borrowed lots of baby items as well. We were set. So, we waited…and waited. My due date came and passed. No baby. I wanted to wait to go into labor. Finally, my doctor told me on June 11th I had to go to the hospital to be induced. We woke up early that morning and headed to Bryan. After a long day of labor and no baby, I started to get a fever. I was immediately taken to the OR for a c-section, and at 10:59 p.m. on June 11, 2015, our beautiful boy was born. Cayden Luke Skidmore weighed 8 lbs 4 oz, and it was love at first sight.

The days, weeks, months, and years have not been easy, but they have absolutely been worth it. After I had Cayden I finished up my last two classes and graduated from Texas A&M in August 2005. Anything can be accomplished with a little hard work and determination. I felt like I had the deck stacked against me, but we are managing to raise an amazing son. There is nothing in this world I could be more proud of. Now he just has to live up to his birthright with an Aggie Mom and being born in Bryan! 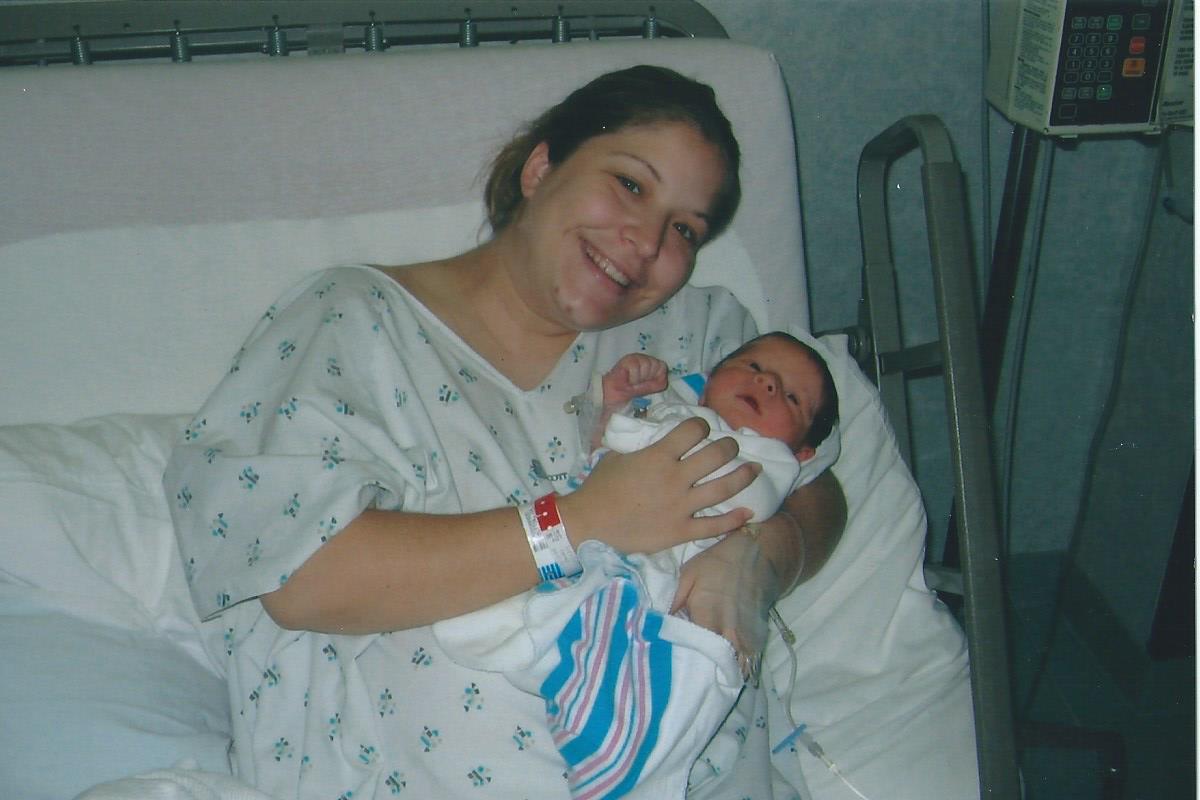 Lisa has been a stay at home mom for 5 1/2 years to her 10 year old son, 3 year old daughter, and 2 dogs. She is a native Houstonian and grew up in the Jersey Village area. She is a proud graduate of Texas A&M University, with a degree in Political Science. After graduation, she was a Customer Relations Manager for Toyota. She began her journey as a stay at home mom when her husband landed his dream job, moving the family to San Francisco for three years.  Her husband and her have been married for 9 years and now live in Cypress. She loves to travel, explore places off the beaten path, try new restaurants, read, write, bake, do jazzercise and yoga, shop, meet new people, and always enjoys a night out with a glass of wine and good friends. She stays busy as a school volunteer, a baseball mom, and new dance mom.