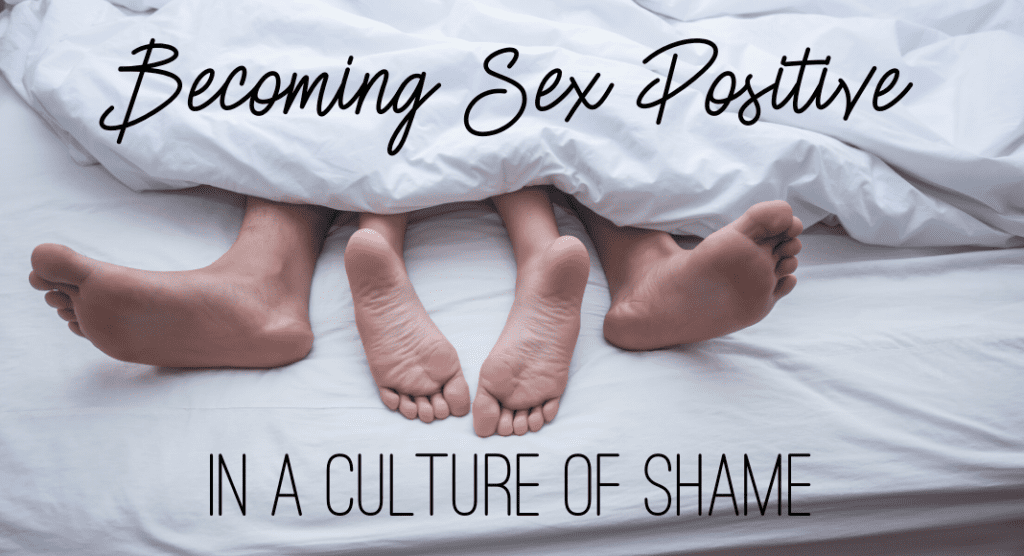 Sex. Is there any word in our culture more loaded? It’s just three letters, but for many women, those letters are heavy with baggage. Some of the earliest messages we received as little girls and teenagers about our bodies and what we chose to do with them were tinged with shame.

We were taught that there was one acceptable expression of sexuality {in a heterosexual marriage}, and until that time, we were to shut down any thoughts, urges or curiosities about sex and our bodies. We were told to cover ourselves because our skin and our curves would cause boys to sin. After all, the boys were the ones who wanted sex all the time, and wouldn’t be able to control themselves in the presence of a bare stomach or spaghetti strap clad shoulder. No one bothered to mention that girls also have sex drives, and no one felt the need to tell the boys to cover anything up.

As girls, we learned that our bodies, our physical presence in the world, were sources of temptation and shame. They needed to take up minimum space, attract minimal attention, and be covered up.

It’s no wonder we grew into adults who are still burdened with feelings of embarrassment and guilt, and often feel disconnected to our own bodies.

But it doesn’t have to be this way! Those of us raised with negative messages about sex and our bodies don’t have to exist in that world anymore. It takes work, and a lot of unlearning of toxic and painful beliefs, but we can, as adults, become sex positive. And in the process of our own transformations, we can also raise our children, the next generation, to be sex positive.

What does it mean to be Sex Positive? 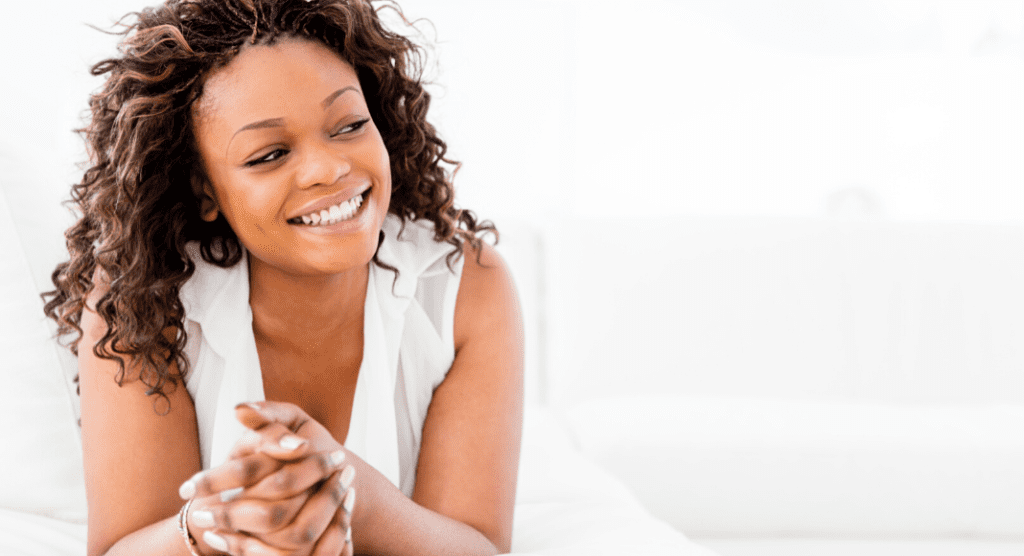 In its simplest definition, being sex positive means having positive attitudes towards sex, and viewing sex as a natural part of the human experience. Sex positive people do have boundaries and a personal moral framework surrounding their own sexuality, but have no judgement of other’s choices that may be different than their own. They prioritize open and honest conversations about sexuality, consent, and comprehensive education about bodies, gender, sex, and pleasure.

Sex positive people recognize that not everyone has the same sexual desire or preferences, but this is not a problem to be solved. They acknowledge and celebrate diversity of gender, they are affirming of LGBTQ relationships, and view all sexual activity as positive as long as it happens within the confines of “enthusiastic consent” from both parties. 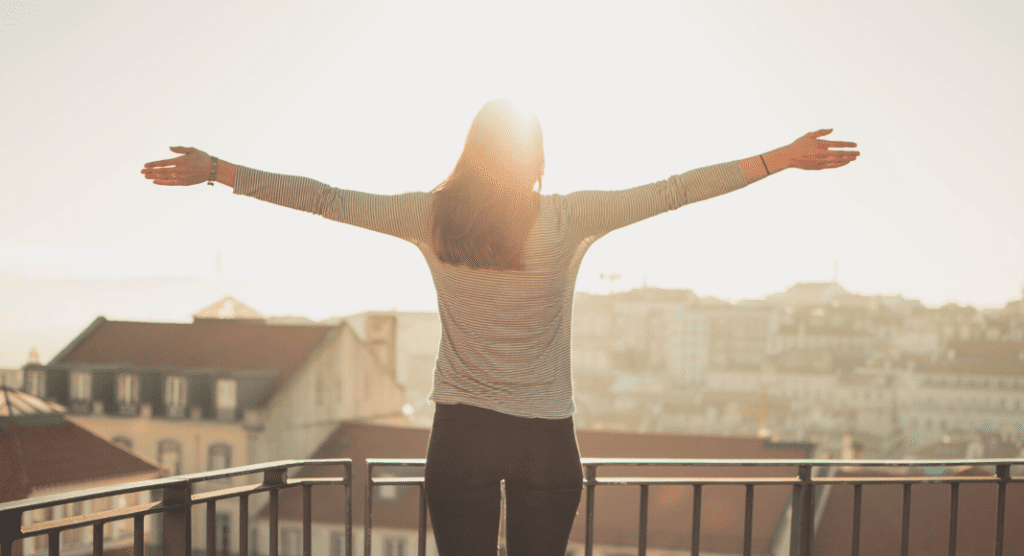 For many women, especially those of us raised in the religious framework of purity culture, sex was something that was whispered about and forced into a tiny box of when, where and what was its acceptable expression. Some of us were taught silly nicknames for our genitals and given strict, yet arbitrary rules about modest dress and being alone with boys.

We shamefully learned that our pre-marital {NORMAL} sexual thoughts and desires were sinful and needed to be repressed. We were discouraged from exploring our own bodies and from learning what makes them feel good. And when, as adults, we entered into long term relationships or marriages, we found it impossible to then flip a switch to ON that had been so tightly held in the OFF position for so long.

So what do we do now? We flip the script. We throw out the old, tired and shameful messages and replace them with new, sex positive ones. And we teach these new messages to our children. 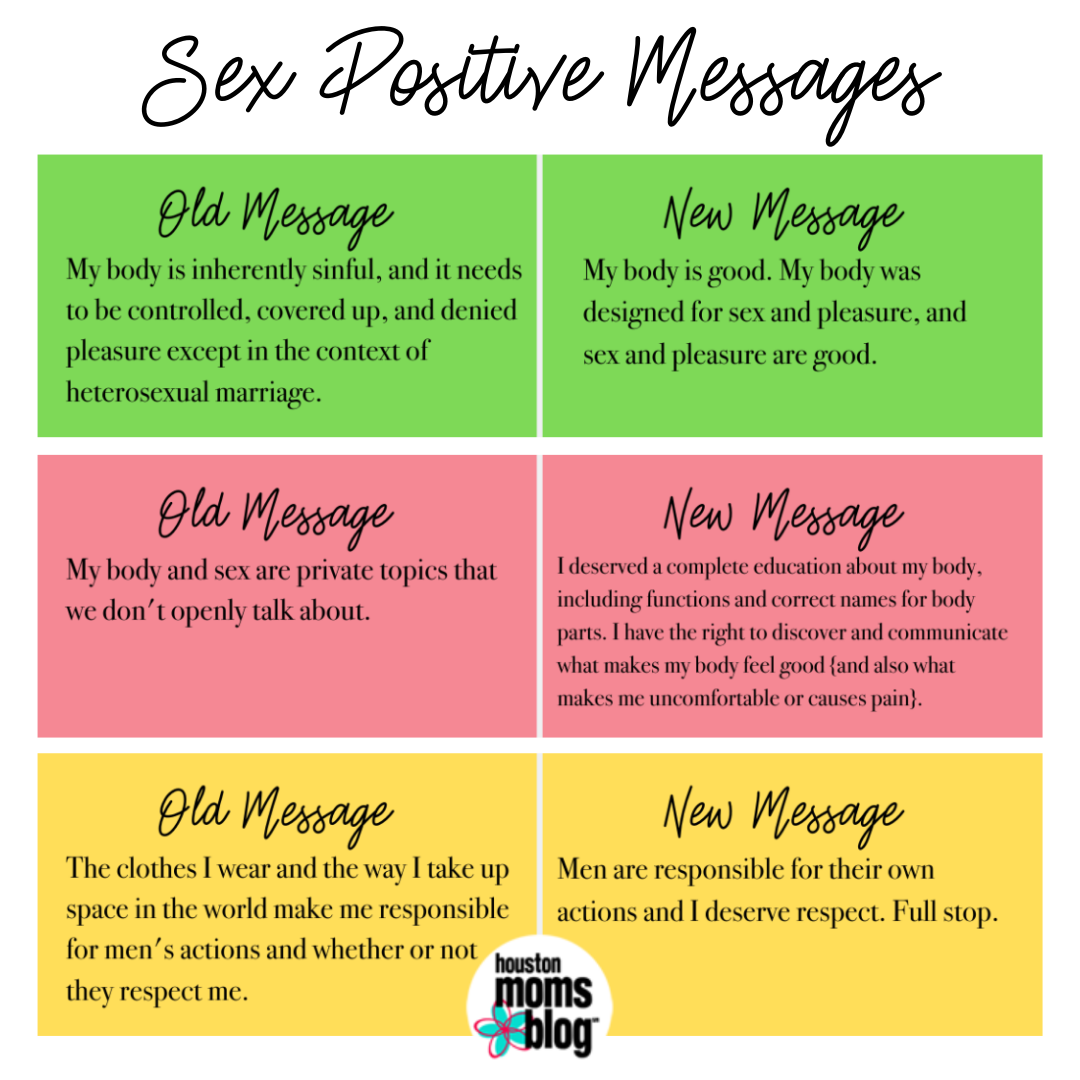 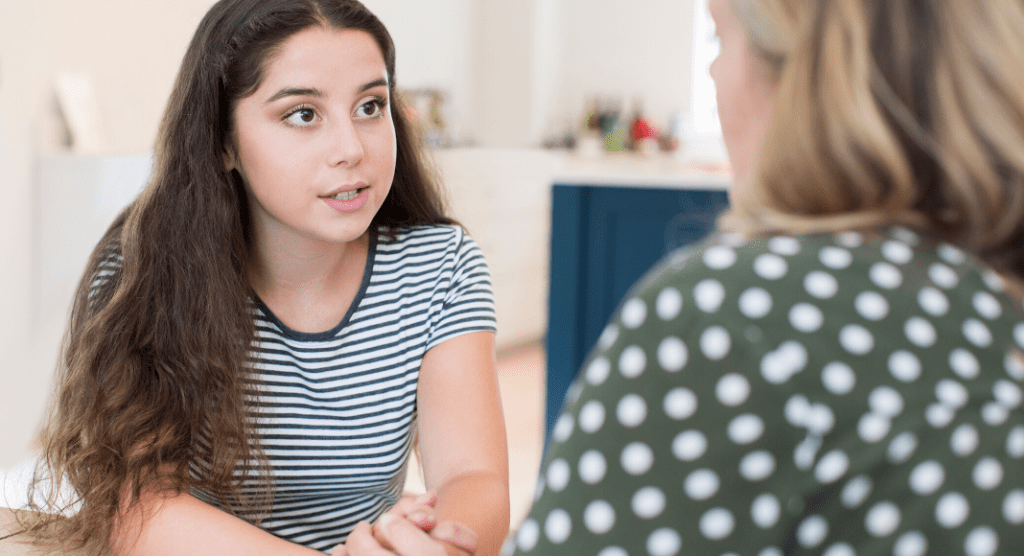 How do we raise kids who are sex positive, and yet still communicate our personal values surrounding sex and sexuality?

When chatting with your toddler, you aren’t going to launch into detailed explanations of sex, but do practice and talk often about the concepts of consent and pleasure. Communication with your child about their sexuality is not a one time conversation- it’s an ongoing, age appropriate dialogue. From the very beginning, teach them the correct names for their body parts. If the word “penis” and “vagina” are as neutral as the words “knee” and “forehead”, it leaves no room for secrecy or shame about their bodies.

Be body positive, especially around your children.

If you want your child to be sex and body positive, you can’t demean or shame yourself in front of them. Don’t talk about your own body in a negative way; instead, celebrate what it can do. You would never base your child’s worth on what their body looks like, so be careful not to inadvertently send that message through self-criticism.

Give children agency over their own bodies.

Respect your child’s wishes if they don’t want to give Grandpa a hug. If they yell “Stop!” when you are tickling them, stop immediately. When they are choosing what to wear, talk to them about appropriateness for the situation in terms of comfort and functionality, not shame and modesty.

Teach your children their body belongs to them:: your body, your decision.

Being sex positive doesn’t mean you tell your children that “anything goes”. You can still communicate your personal moral or religious values around sex. You are their parent- you are allowed to set boundaries while also acknowledging that ultimately they get to choose what to do with their bodies, and that may or may not reflect your own choices. Be open and honest about your beliefs, but leave room for dialogue. Communicate to your child that their sexuality is their own, and that they should never be afraid to share with you or ask questions. 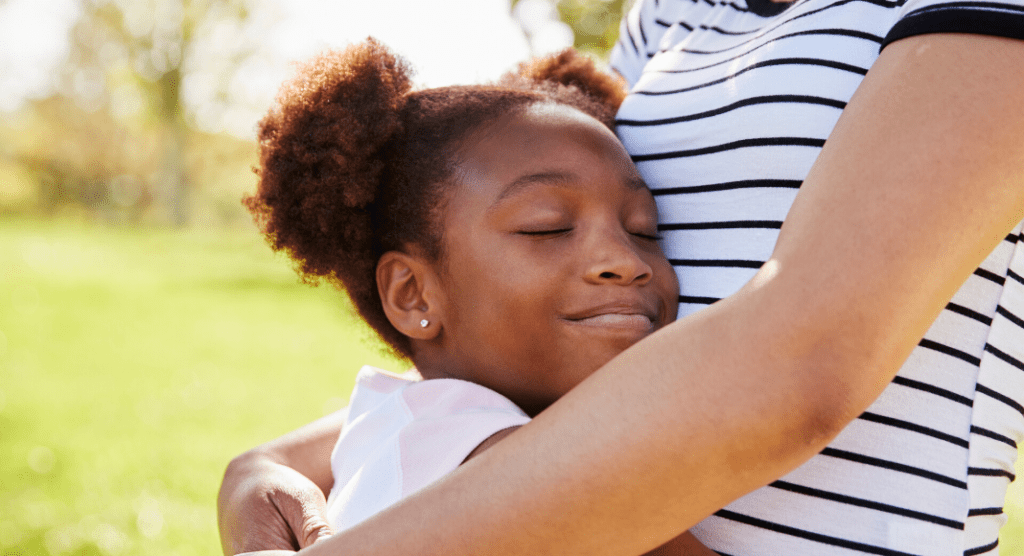 Becoming sex positive, especially when leaving behind a very different framework, takes intentional work. It’s not easy to peel away layers of shame and negative messages about something so personal and intimate as sexuality. But as women, we deserve to experience the fullness of all aspects of our being and celebrate our physical bodies and what makes us feel good.

Were you raised with harmful messages about sex? What are you doing for yourself and your family to become sex positive? 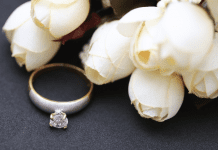 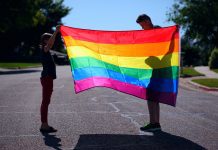 Pride Month:: Educating Myself and My Kids on Allyship 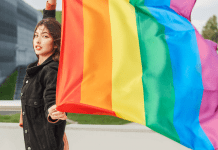 Parenting with Pride :: Community in Houston for Parents of LGBTQ+ Kids