“Life is an adventure, and there is no script. I see something in ordinary moments. I believe that perfection comes not when you are dressed perfectly and wearing lipstick – but in little moments and interactions that make up our days and build and sustain our relationships. Let me show you the beauty in your unscripted moments…”  – Karen Jacot Photography

I’m not a morning person.  I will snooze a few times or just turn the thing off.  I just want to stay in bed as long as possible.  However, I do love pictures and since I am usually behind the camera, I jumped at the chance for Karen to do our before 8am photos. 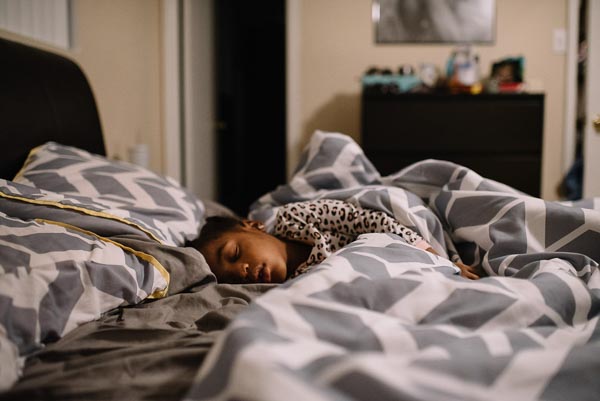 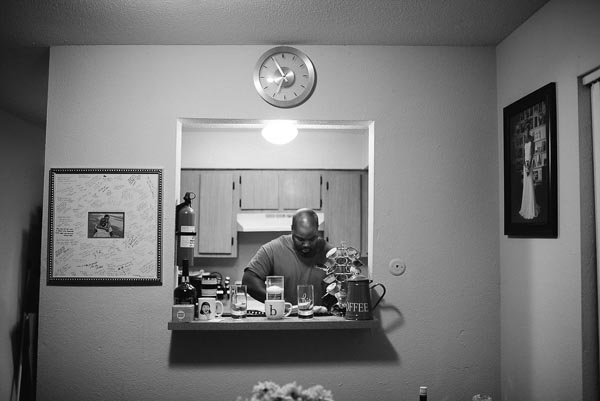 While Addy soaks up the last few minutes of sleep, I usually lay on the couch to watch the news while Tyrone washes dishes.  It drives me insane that he does it in the mornings, but I don’t have to wash dishes so who am I to complain? 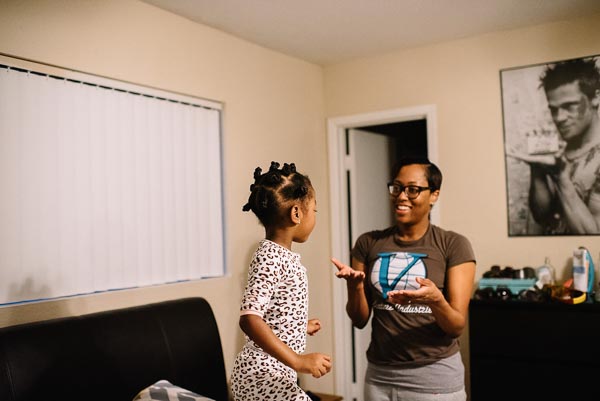 If Addy still isn’t up and running by 7am, one of us will go and mess with her until she wakes up.  She will usually embrace her true threenager nature and insist there is not school that day.  Or pull the blanket back over her head.

Fortunately, this was a decent day, and she popped right up. 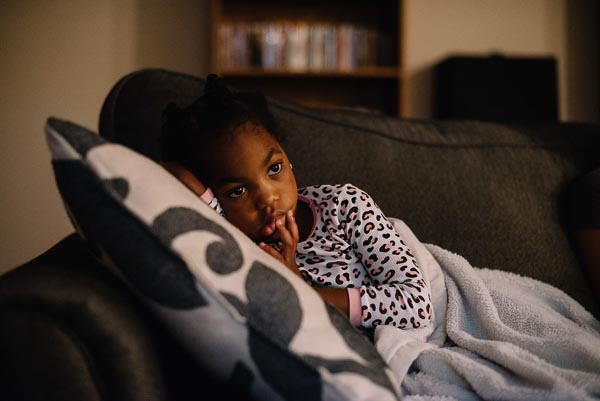 No matter how behind we are, Addy and I get our couch time. 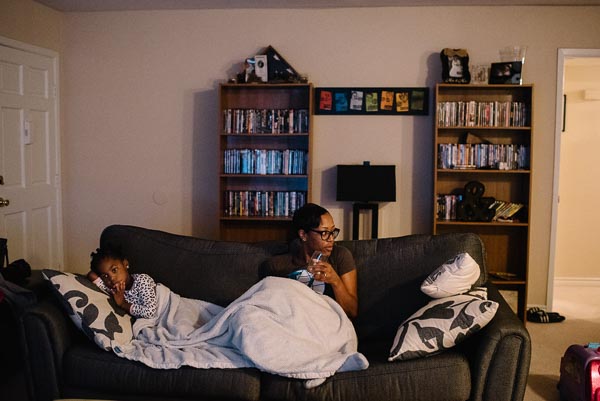 We split the workload in our house.  It started when we first brought Addy home from the hospital and Tyrone entered the stay at home parenting role.  I had 8 weeks off and knew our sleep schedules would be a wreck. So we started shift work.  Tyrone took the first shift with morning feedings and diaper changes, and I slept in.  I took the second shift with the late nights and 3am Chopped episodes.  It worked for us.  And we kept it going.  He gets himself together while I get Addy dressed.  A parenting duty I have never mastered.  Ever. 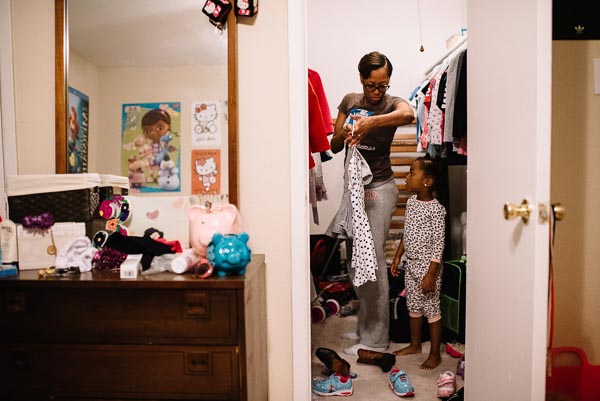 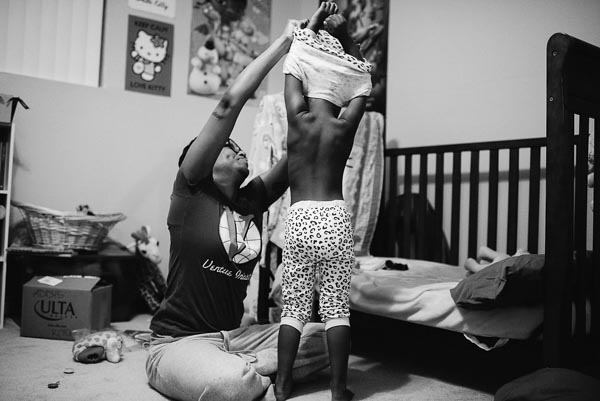 9 times out of 10 Addy will request a dress.  Even when it’s chilly out.  Which lead to me having to buy several pairs of tights and leggings.  We’ve already had the “leggings are not pants” fight and “tights vs. leggings” argument. {Addy says tights go over your feet and will rarely settle for leggings} 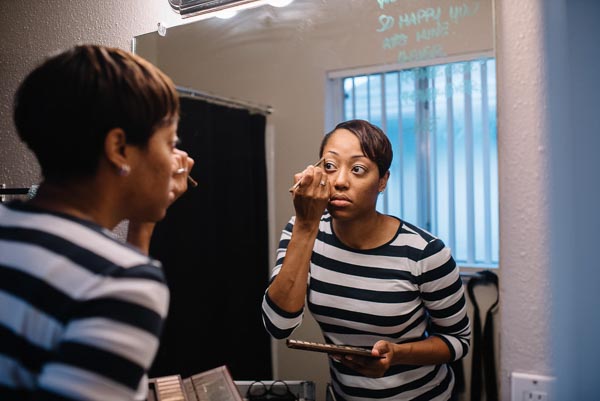 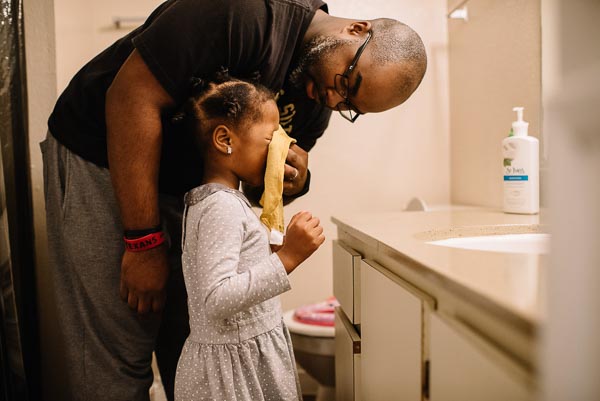 When she’s dressed I’m off duty and go get myself together.  By now it’s usually 7:20 and for me to get to work relatively close to 8, we need to leave about 7:40??? It’s not an exact science. Tyrone goes in later, so he drops Addy off at daycare and I pick her up.  See. Always shifts. {Fun Fact :: one of us will cook dinner and the other does bath.} 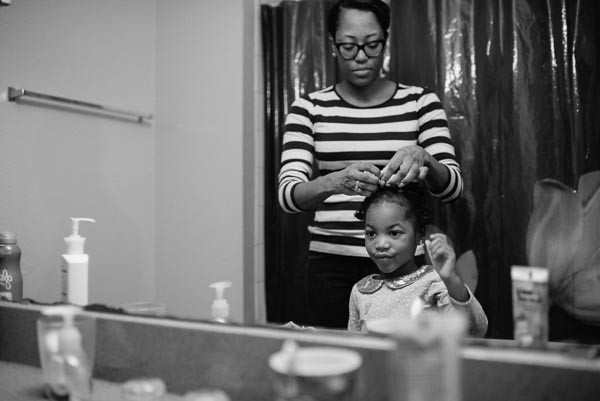 When it comes to hair, I’ve had a lot to learn over the past 4 years.  I’ve had short hair since high school, and it’s been chemically relaxed since forever.  I didn’t want that for Addy’s hair, so I’ve had to study up on natural hair care.  We have a good enough system and even better hair products.  Most nights I like to give her Bantu knots. 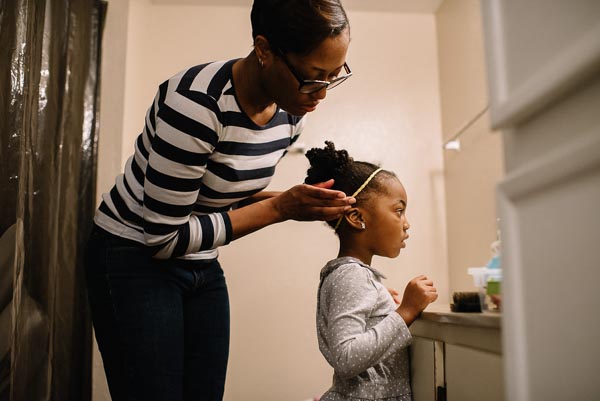 We take them down in the morning and sweep it up into a quick pony tail.  Other options are two strand twists, or just a big ol fro.  I love the versatility her natural hair gives her even if it’s more of a hassle than my shake and go hair. 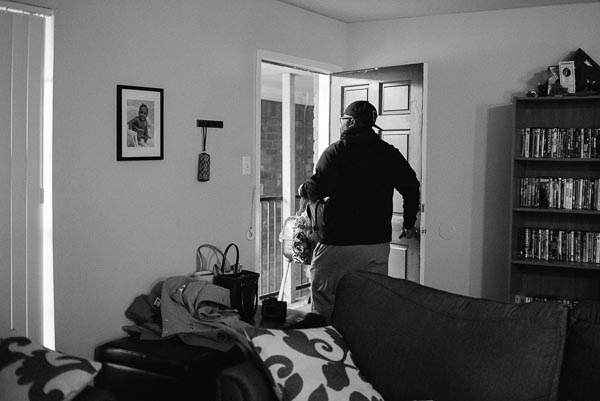 When it’s cold, Tyrone will go start the cars.  He probably just can’t sit and watch us lollygag anymore and uses it as an excuse. 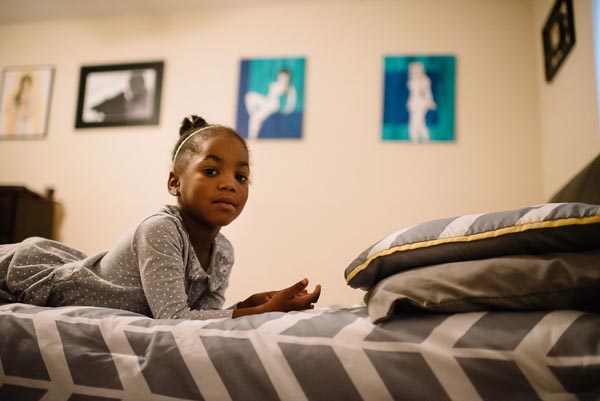 I was a little nervous about Addy’s participation in the before 8am pictures.  She’s so over me taking pictures of everything, but Karen told her that she didn’t have to look or smile…things went smoothly.  I didn’t clean up much, but Karen was gracious enough to leave out the Doc McStuffins-mobile and unfolded clothes.  Because the focus is us and not our stuff, right? 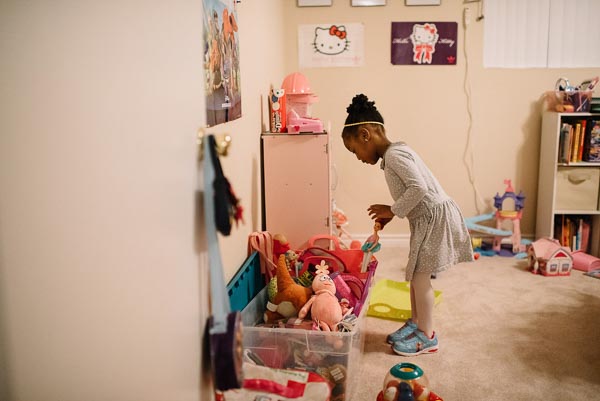 Before we can leave the house to go anywhere, Addy has to take a toy with her.  We have just accepted this fact and go with it.  But every single morning she needs a different toy from the toy she took the day before, AND we have to wait while she rummages for it. 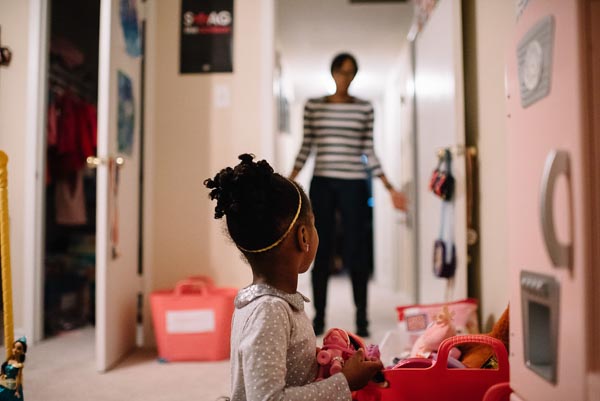 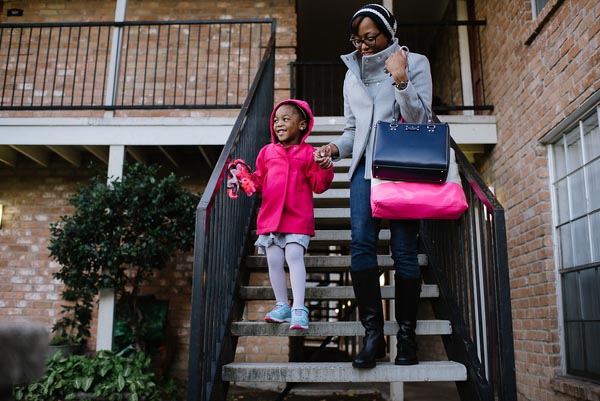 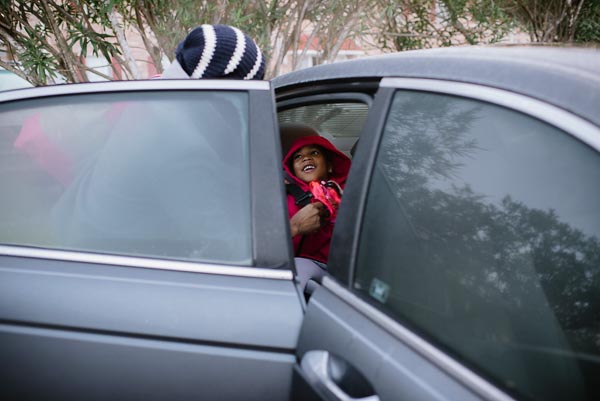 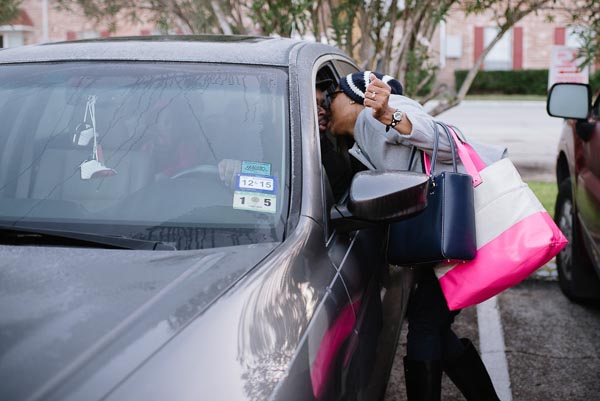 I thought everyone was up and out kind of people but after seeing some of the other Before 8 series, I’ve learned we are quite different.  I take my coffee at work.  Addy eats at daycare. We get our couch time in.  I’m not changing a thing.  It was such a great experience to have someone come in and give us a sneak peek of what our mornings actually look like.  I love actually being IN the pictures as well.

It would be amazing to do this 10 or even 5 years from now and see how things have changed.

For more pictures and a peek into Karen’s perspective of the shoot, be sure to check out her post here. And don’t forget to check out the rest of the posts within this amazing series as well!