With only a few hours until we turned the corner into a shiny new year, we thought the list of reasons why we couldn’t wait to put a period on 2021 had nothing left. We were wrong, but now we have officially paid all our dues. Everything we may have still owed to this extra manure-ish year – paid. Because her. There are people in this world that make you feel like – as long as they are still breathing the air we breathe – something is still right with this world. And yesterday, we lost one of them in Betty White.

The significance of her death feels even heavier on this, the last day of an already crappy year – and 18 days before {what would have been} her 100th birthday. This post is not an afterthought. It was planned. Well before her passing. Because who doesn’t love Betty White? Couple our universal love for her with her one hundredth birthday and how could the day go unacknowledged? I had actually just finished watching her Saturday Night Live muffin skit {IYKYK, tawdry giggles included within} when I got the news.

We feel the loss because she was such a light. Unending energy. The purest personification of joy. Her sweet demeanor always balanced with her propensity to be “bawdy” and her affinity for perfectly sprinkled four letter words. There is something about watching a near centenarian cuss like a sailor with a twinkle in her eye and a touch of wicked in her grin that was unexpected and always… funny. Her greatest gift to the world was her ability to bring a smile to our faces. 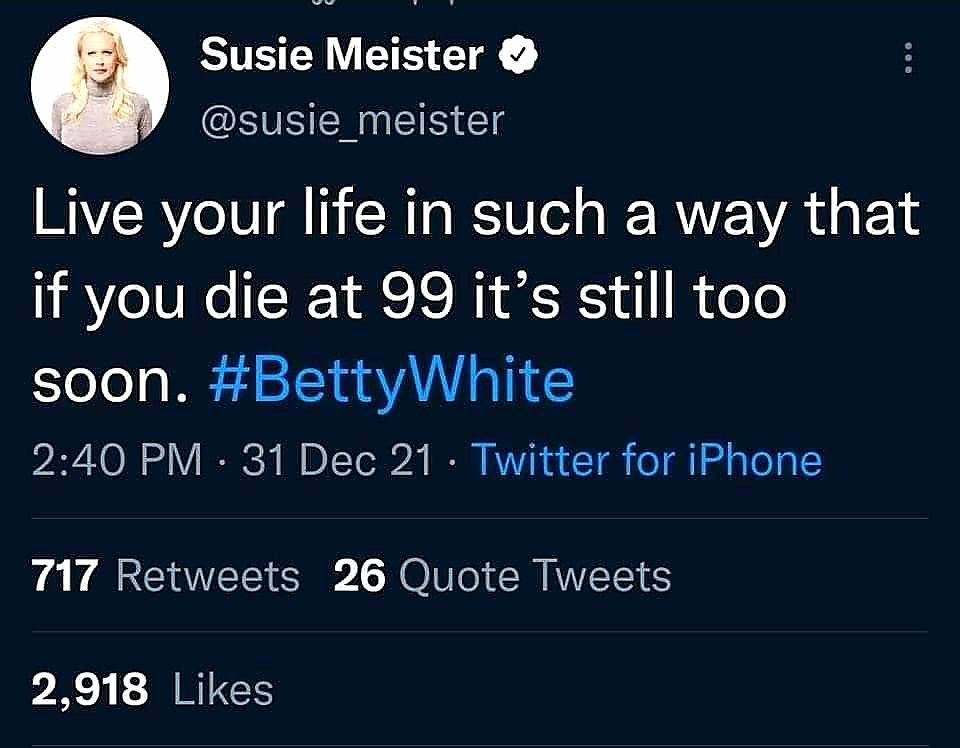 Living your life in such a way that there are only good memories left behind upon your passing is a feat seldom attained and one that deserves recognition. And study. Research. Perhaps a class. BLB 101 {How to – Be Like Betty}. From some of her more well know quotes, chapters might include:

The world knows she was a character, but she also had a lot of character. One of my favorite true stories about Betty White is the one with Arthur Duncan. Way back in 1954, when Betty had her own show and before diversity was on trend, this talented Black tap dancer was a guest on her show. When threatened with cancellation if she didn’t eliminate him from the lineup, she responded, “Live with it.” And then she increased his appearances on her show. Character.

Betty was a huge animal lover and served on the Greater Los Angeles Zoo Association Board of Trustees for over 40 years. Had she not been an entertainer – she said she would have been a zookeeper. When casting for the Golden Girls, she was initially selected to play Blanche and not the naïve, loveable Rose. Betty White and Rue McClanahan switched roles resulting in what would be the beginning of two most loved television characters. After a Facebook campaign designed for just the purpose, Betty, at 88 years old, became the oldest person to ever host an episode of Saturday Night Live. She had a role in every skit on that episode. Fittingly, Betty currently holds the Guiness Book record for the longest television career for an entertainer.

Finding consensus in this world is nearly impossible, but today we were united in appreciation for the life of Betty White. A woman after my own heart, she called herself one lucky broad – and left this world knowing that she was loved. She once said that when people call her a legend, she just laughs because she has us fooled. But this is one time when the joke is on her. Betty White, you are indeed a legend. 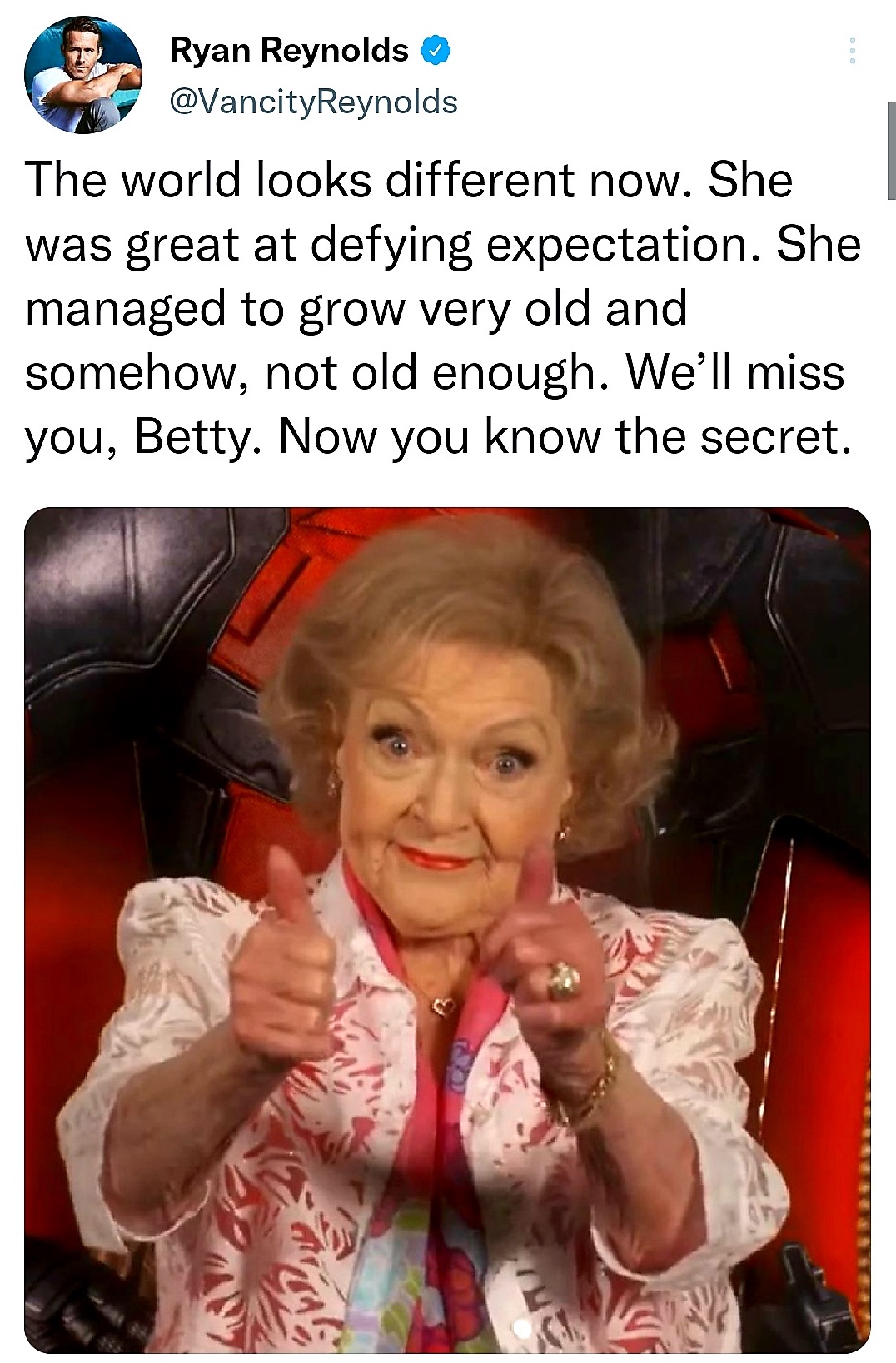 I think everyone needs a passion. Whether it’s one passion or a hundred, that’s what keeps life interesting. If you live without passion, you can go through life without leaving any footprints. – Betty White, 1922-2022

Losing a King :: The Death of Chadwick Boseman

The Loss of Life:: A Powerful Reminder of Impermanence

Losing a Legend:: Mary Higgins Clark, the Queen of Suspense