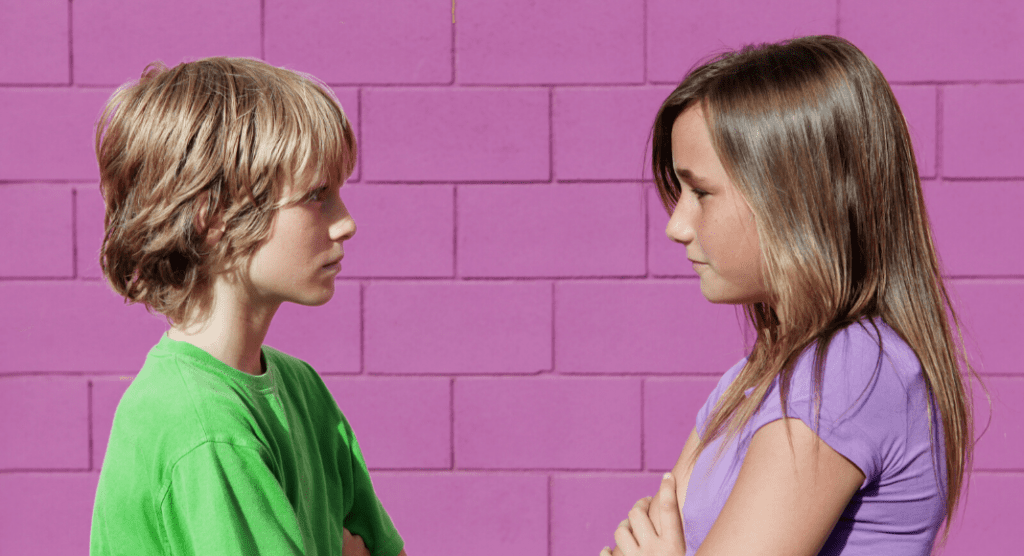 A few months ago, I unknowingly pulled off my greatest parenting hack thus far. It originated out of pure frustration and exasperation with two of my kids yet immediately solved a months long debate in our family life around something so trivial, yet highly contentious:: bath time.

You see, my husband travels for work Monday through Thursday of every week and we are in month eight of this crazy family life. We have three kids aged 16 years old, 5 years old and 10 months old, and I also work a full time job in Corporate America. WE.ARE.BUSY in the evenings after 5 PM. The evenings consist of the kids and I getting home from work and school at roughly the same time and at that point we are in a full on sprint to the bedtime finish line.

My 16 year old stepdaughter Madeline is a saint {seriously!} and we tag team to divide and conquer on the dinner and bath time portions of the evening. Typically I’m in the hot seat for wrangling my 9 month old son Harrison while getting dinner ready. In reality this looks like him sitting in his high chair while I’m spooning bites of baby food into his mouth in between either preparing or warming up dinner {thank God for H-E-B’s “Meal Simple” entrees!}. If dinner takes longer than usual, I start throwing Cheerios at him to keep him entertained and interested before the witching hour takes over.

While this process is going on, Madeline steps in and generally helps to keep my 5 year old Hamilton entertained and often helps with the bath time routine. In the beginning it was amazing because Hamilton worships her and instantly believes anything she says to be true fact. He loves being around her and truth be told, she adores him as well. However, right before the end of the year something switched. I started hearing more whining and complaining coming out of both of them during the bath time routine. A few times I even had to go in there and break up arguments and meltdowns which resulted in that “help” Madeline was giving me, actually becoming counterproductive to the evening routine. I could not for the life of me figure out what was going on between those two!

The Moment I Snapped

The moment was Wednesday, January 8th at approximately 6:15 PM. I had just asked Madeline to go and run Hamilton through the bath time routine. She agreed and I quickly made my way back into the kitchen to tend to my infant son and wrap up dinner prep. All of a sudden, the arguing and whining coming out of the bathroom hit an all time high and I snapped. Not snapped in the context of I stormed in there and started screaming at them. But snapped in terms of immediately vowing to myself, “I’ve got to think differently on this and change my approach.”

All of a sudden, my HR brain kicked into overdrive and I asked myself, “How would I handle this if I were at work and this was an issue between two employees?” The path forward was suddenly very clear to me. I made my way into the bathroom and I think they could both tell from the look on my face when I walked in that I meant business. I calmly told them to wrap up bath time and not say another word to each other then meet me in the living room.

Mediation to the Rescue!

When they met me in the living room, I tried to keep a straight face and informed them that they were about to take part in an official family mediation session. {Hamilton immediately interrupted and asked me why we were having a “meeting” and I told him it’s called “mediation” and it’s how grown ups solve differences.} I grabbed a note pad and a pen and asked them both the same two questions questions:

That’s when I realized Hamilton and Madeline have completely opposite motivations and expectations around bath time. And when I say opposite, I mean OPPOSITE!

Once I captured their likes and dislikes on the note pad, it was clear to all three of us that some negotiation was going to be required to get the evening bath time process out of the ditch and back on the straightaway. 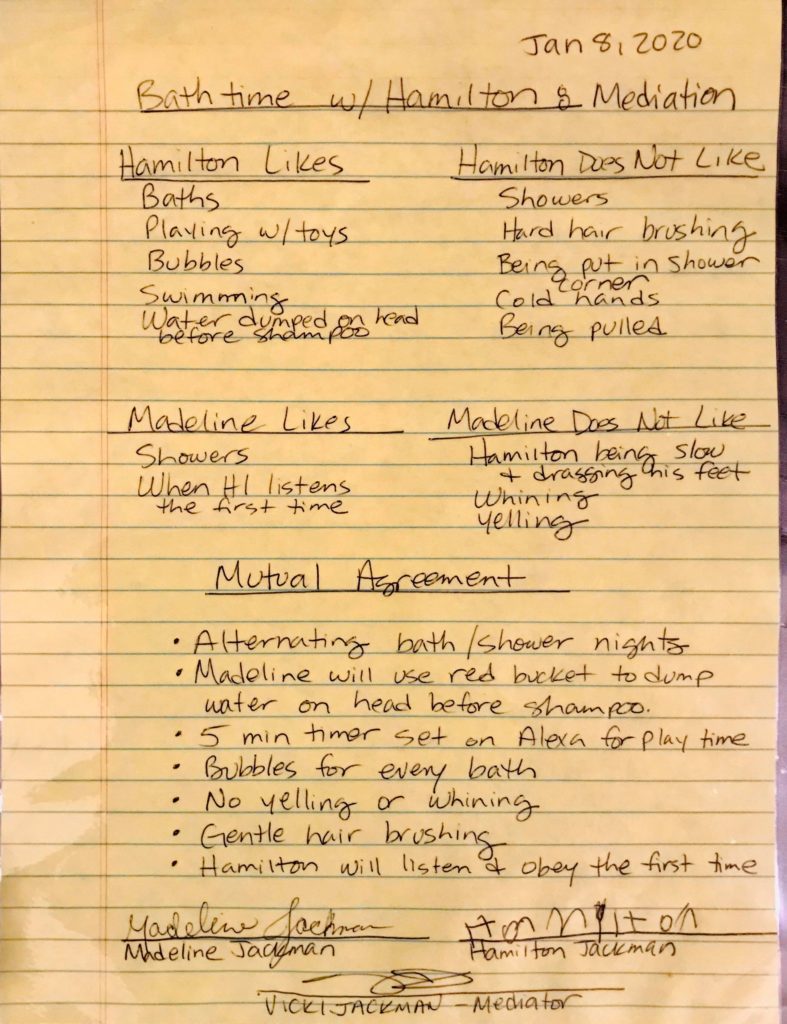 The bath time negotiation process between the kids went back and forth a few times and it took all I had to not literally laugh out loud at some of the requests. Hamilton was standing firm on his love of baths…Madeline on her preference for showers. Hamilton started getting super specific on the actual technique that he preferred Madeline to use when she washes his hair. {Spoiler alert:: he wants his hair to be wet first with the red bucket before shampoo is applied and then for Madeline to use the red bucket again to wash out the shampoo. Can’t make this stuff up, y’all!} Madeline then started to point out the valid fact that Hamilton doesn’t listen to her when he’s livin’ his best life playing in the bath tub.

So after a few rounds back and forth, I captured some basic suggestions on my trusty note pad and asked both of them if they could mutually agree to the terms. Again…I was trying to not laugh because to my surprise, both kids were still engaged in the process and working toward resolution {joy joy!}.

Both of them were fine with terms that included the following:

I then asked the both of them to sign at the bottom, indicating their formal agreement. Madeline gave me a “Are you for real right now?” look but quickly signed and so did her brother. I then signed it as the “official mediator” for the exercise {LOL!} and then taped it to the mirror in the bathroom as a reminder for our whole family.

Where is Our Family Now?

Y’all aren’t going to believe me, but the process worked and is still working two months later for our family! Madeline still helps me in the evenings with bath time, but the bickering has stopped. When Hamilton mentions at dinner on a shower night that he can’t wait to play with his fishing rod bath toy in the bath, Madeline quickly corrects him that it’s a shower night and that’s that. I hear Alexa go off 5 minutes into every evening bath time routine and I no longer hear the, “Hamilton, what did I just say?” remarks. Both kids are happier and the evening stress level at our house has subsided a bit.

What I learned throughout this process though as a mom is that just like employees of a company, kids need clear expectations and goals. They need consistency and routine. Leaving them to their own devices at the end of a long school day is rarely a recipe for success but solutions don’t always have to be complicated or overly complex. Sometimes it really is as simple as taking a skill out of a toolkit from your work life and implementing it into your family life.  Who would’ve thought?! 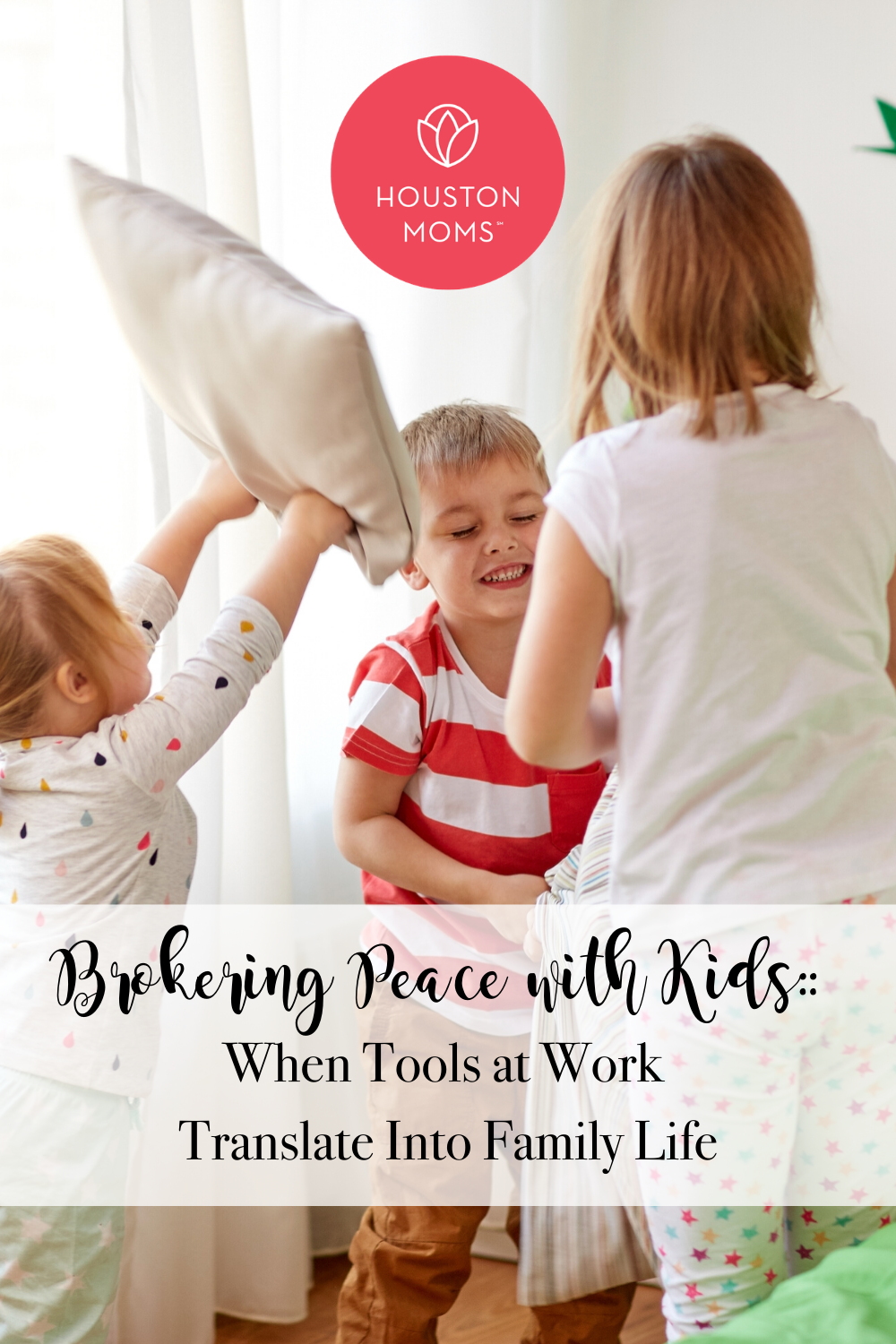