This is a journey, not just an adventure, and there are some raw, daunting, and intimidating things that go down with an endeavor such as moving to a foreign country. I have done this before, when I lived in Spain for six months. Granted, I was 24 and single with no kids. I had lots of time and my only responsibilities involved showing up to language lessons in the morning, and teaching conversational English in the evenings. I was generally free to explore, sleep, eat, shop, and travel.

This time around, I have a family. I have lots of things coming over {very slowly} in a 40-foot crate on a ship somewhere in the Atlantic Ocean. I packed each of us for exactly two weeks’ worth of clothes, shoes, books, toys and snacks. I packed an air shipment full of more things that could sustain us two to three weeks later, until that 40-foot container arrived.

We recently moved out of temporary housing {after exactly 3.5 weeks} into our permanent home about 10 kilometers west of Montpellier. We ended up finding the house fairly quickly, as the average amount of time it takes is three months. Our relocation agent showed it to us within the first week of moving to France, and I fell in love with it. It is brand new, with air conditioning {which is a rare find for renting in France} and it is surrounded by vineyards. When my husband first proposed the idea of living in the South of France, the house we chose with the view we have is exactly what I envisioned, but never expected to find.

The only downside is the commute into the city. It’s pretty brutal at prime traffic hours, mostly due to the fact that you have to wait your turn to go in a roundabout for ages. What should take 15 minutes can, and often does, extend up to 45 or 50 minutes.

My husband and I have never had to commute before. We have always purposely planted ourselves centrally in Houston so as not to deal with terrible traffic. When it came down to deciding on this house, we figured that if we have to do a commute anywhere in the world, this is the place to do it. For three quarters of the drive, you see only vineyards and beautiful greenery on the left and right sides of the car. The sunrise is as picturesque as you can imagine over the pristinely manicured green fields. If you aren’t looking forward at all the cars in front of yours, a sense of tranquility washes over you.

And so, each day, my kids and I leave the house exactly 45 minutes before school begins, and we sit as patiently as possible in the lovely but long commute into town. Thankfully, I have Apple Music, and Kidz Bop Radio usually calms everyone’s nerves.

Parking at the school is entirely another battle. It’s at a new location among several other commercial businesses, complete with semi-trucks trying to enter and exit the area, and therefore often blocking incoming cars from maneuvering around them. Everyone parks illegally along the sides of the road leading up to the school. On my kids’ first day, I timidly but successfully attempted to drive up onto the sidewalk of a bus stop with my rental car that I had to return in one piece. I thought for sure I was going to get a ticket or someone was going to yell at me. But, nothing happened between the time I parked it and returned to it. And there began my severely frustrating but accepting knowledge that every day I was going to have to likely park somewhere illegally so I could walk my children into their school without being too late. 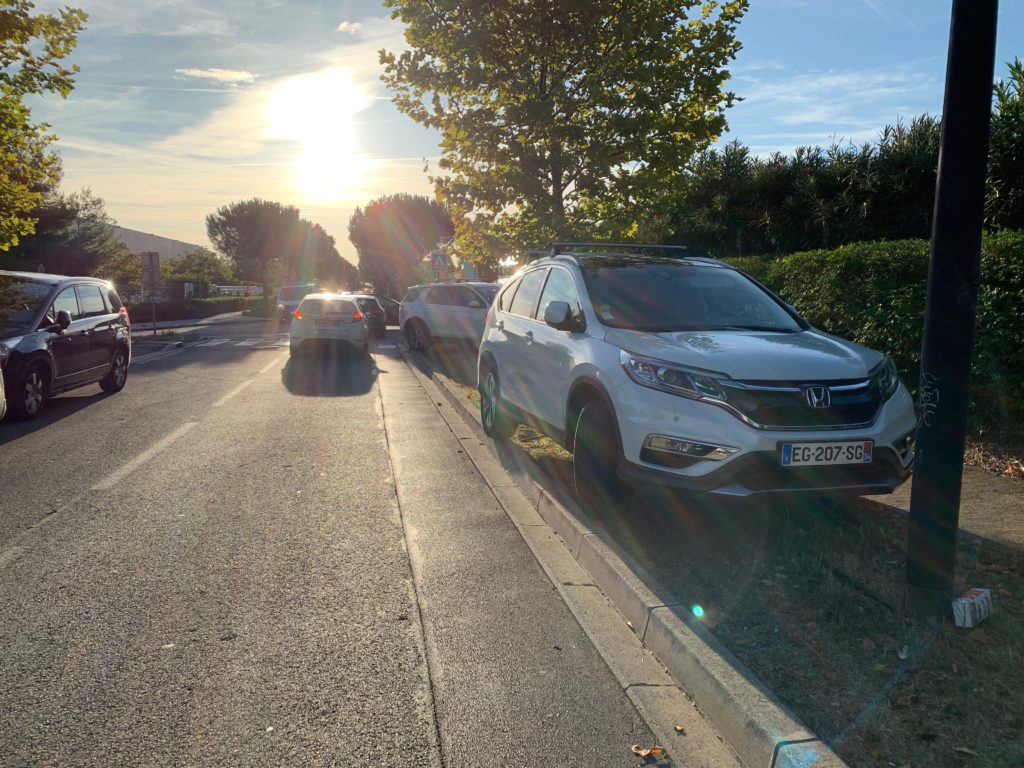 During the time the kids are in school, I have been working to set up our house the with fundamental things one needs. I have been frequenting several different supermarkets, trying to determine which one is the most intuitive for me, as I know exactly 20 words in French and my pronunciation of them is nearly indecipherable to the average French person. I had to find all new large and small appliances, and bought exactly four sets of dishes and flatware from IKEA to hold us over until all of our things arrive in that sea shipment.

I have been working to set up appointments with doctors and dentists and veterinarians, very few of whom know how to speak English. I have been ordering furniture online since my computer can translate all the French for me so I can understand what I am buying. Things still get screwed up anyway, as my sofa that I ordered came with two left sides, rather than one left and one right side. I have no idea when this issue will be resolved.

I have not slept on a real bed since I left Houston a month ago. I went from a pull-out couch in our temporary living, to an air mattress in our house – and trust me when I say the air mattress was a major upgrade! I long for my bed and all of our furniture. It is supposed to come into port next week. Until it arrives, I will forge ahead!

I will start French lessons next month. It will be interesting figuring out the public transportation system to get into the middle of Montpellier {so as to avoid more traffic and parking issues} and to make it on time to my courses after dropping my kids off at school. I look forward to establishing my understanding of at least the foundations of the French language so I can get around better and not frustrate the hell out of every person I approach here.

My family will continue to explore the area around us {think chateaus, vineyards and festivals} as well as other parts of Europe on the weekends and during the two-week breaks from school my kids get every two months. And soon, the “hard” will get easier. I know it will. As I have been telling my friends and family back home {who I miss terribly}, it all balances out. Even though this relocation has been one of the hardest things I’ve ever done, there is usually something so breathtakingly beautiful, culturally enriching, or amazingly delicious, that I feel like the luckiest girl on earth to have this opportunity. I mean, come on. I live in freaking France! 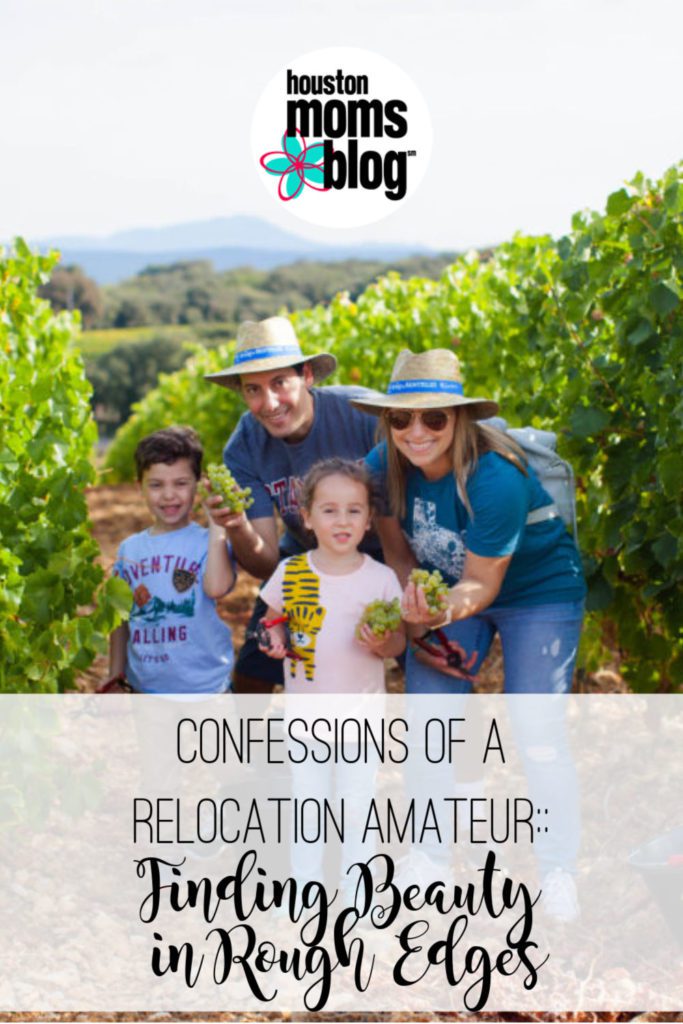