One week ago, the sound of my toddler stirring crackled through the baby monitor. I reflexively grabbed my phone and attempted to squint through my tired eyes to see at what ungodly hour he was trying to wake me up. It was 5:30 am, but my brain didn’t register the digital numbers. What did seize my entire attention was the news alert on my home screen — At least 20 Dead in Las Vegas Mass Shooting. My stomach dropped, and now I was fully awake. Quietly, I turned on the television. Of course, the alert on my phone was already several hours old, and in horror, I watched as the details slowly trickled in, and the death count rose.

59 people dead. 59 mothers, fathers, sons, daughters, sisters, brothers, and friends. The pain and grief of the victims’ families is simply unfathomable. What could possibly have motivated a man to unleash his rage and thousands of bullets on a crowd of innocent people, who were just trying to enjoy a concert? We will probably never know.

There is a Lot to Fear

One thing we do know… The world is a scary place. Every breath we take, every venue we visit, every mile we drive, there is risk. Risk of natural disaster, horrific crime, illness, and accidents. And along with risk comes fear, and there is never any shortage of events to fear. We fear that our children will be kidnapped and trafficked, that our house will be flooded in the next hurricane, or that we will be among the victims of the next mass shooting.

Admittedly, I am a fearful person by nature. As a child, I remember lying awake in my bed, worrying that my house would catch fire in the night. I positioned my favorite dolls and stuffed animals in such a way that I would know where they were to grab them in case I had to exit my burning house before morning. I remember playing outside and hiding in the garage each time a strange car drove by our house, convinced I was about to be kidnapped. I constantly worried about being tricked into taking drugs, which in hindsight, is fairly ridiculous. Even now, as an adult {and especially as a mother}, I have to check myself to keep from spiraling into fear, especially after a traumatic event like a mass shooting.

All last week, my heart raced every time I set foot in a store or venue with people I did not know. I eyed strangers suspiciously, and scanned the rooms for exits or places to hide in case one of them pulled out a gun. I hovered over my small children more than usual, and mentally planned how I would hide and cover their bodies with mine if I had to. Could I save them?

It breaks my heart that my children, two of whom are in preschool, have regular intruder drills, the reasons for which they could not possibly comprehend. I’m thankful they don’t know the purpose of crouching under tables in the dark, because no child should have being shot at school as one of their worries. However, as a mom, the fear of my children or myself being murdered by a madman is very real.

Despite the horrors that seem to constantly surround us and threaten my family, I am determined not to parent out of fear. I do believe fear is a gift, and try to use my intuition to assess the safety or danger of particular situations. However, I don’t want to see every stranger as a threat or every event we attend as a major risk.

I tend to be a fairly analytical person, so facts and statistics comfort me in times when my fear of the world around me spirals out of control. For example ::

Teaching my Children to be Prepared, but Not Scared

My children are still young enough that I am able to shield them from most current events. We don’t turn on the news when they are in the room, and mercifully, they know nothing about the Las Vegas shooting. I feel comfortable in their ignorance of most evils in our world today, but at the same time, I want them to know basic safety rules beyond looking both ways when they cross the street. I consistently work on several basic concepts with them ::

Parenting with Joy, Not Fear

I did not choose to have children so that I would constantly worry and fret about their safety and survival. I want to raise children who not only survive childhood, but who become empathetic, confident adults who will have a positive impact on the world. Our constant stream of news tells us that the world is a scary place, but I can’t let the frightening parts of life overshadow the joy. Today, I vow to continue having important conversations with my kids about living safely, but also relish the good and safe parts of their childhoods.

Do you struggle with parenting out of fear, especially after a tragic event like a mass shooting? What are some ways you contain your fear and balance it with joy? 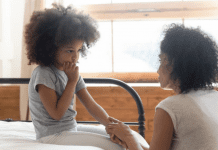 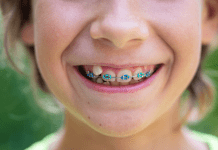 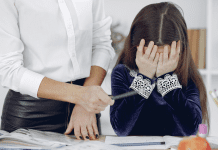