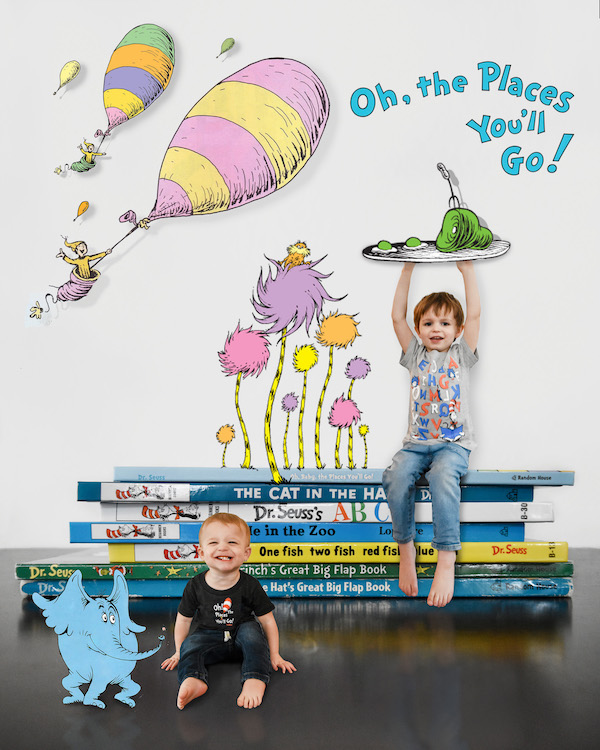 This week we celebrate Read Across America, a nationwide event honoring children’s literacy. And at the forefront of these festivities lies the brilliant and engaging legacy of Theodore Seuss Geisel, aka. Dr. Seuss. His stories and illustrations have entertained children for over eighty years, spilling off the page and into music, film and the imagination.

But why is he so important to the world of children’s literature?

In 1954 Life magazine released a report indicating that literacy among grade school children had reached a critical low, in large part because their educational readers were far too boring to spark their interests; children simply weren’t inspired by the doldrum activities of ‘Dick and Jane’. William Spaudling, the director of the educational division at Hougton Mifflin, turned to established children’s author Dr Seuss for help. He compiled a list of 348 words young children needed to learn and asked Seuss to write a story around them that “first-graders can’t put down”. A well versed writer with books like Horton Hatches the Egg already under his belt, Seuss agreed, indicating that he’d have the task complete within a week or two. Oh how wrong he turned out to be . . .

Used to making up words of his own in order to complete his whimsical rhymes, Seuss struggled with the limitation of using only the real words provided. After weeks of frustration, he famously scanned the list and chose the first two rhyming words that jumped out at him as the basis for his story — and thus the tale of The Cat in the Hat was born.

It took him nearly a year to complete his masterpiece, which included over 236 of the 348 words from Spaulding’s list. But with it’s publication Seuss went from moderately successful to a household name.

Dr. Seuss’s works introduced children to the magic of wordplay and taught educators and publishers alike that books don’t have to be sterile to be educational. But more importantly, he spawned a new generation of readers that would pass on their love of books to their children. I fondly remember my mother reading The Lorax to me as a child, and Christmas wouldn’t be Christmas without at least one retelling of The Grinch with my children {in fact, my family loves the story so much we’ve started hosting our own Grinchmas celebration each year, complete with roast beast}.

To the man who inspired children across the world to read, we owe you many thanks {but most especially for putting an end to the exceedingly boring Dick and Jane}. And in honor of Dr. Seuss Day, I leave you with five fun facts about the life of this titan of literacy ::

1. Green Eggs and Ham was written as the result of a bet between Dr. Seuss and his publisher, Bennett Cerf, who didn’t believe he could write an entire book in 50 words or less {Seuss won, of course}.

3. Dr. Seuss never had children of his own. He once famously said “You make them, I’ll amuse them.”

4. Dr. Seuss was voted ‘Least Likely to Succeed’ by his college class at Dartmouth and his high school art teacher told him he’d never find success as an artist.

5. And finally, his first story, And to Think That I Saw It on Mulberry Street, faced twenty-seven rejections before it found a publisher. Let that be a lesson to us all on the value of perseverance. 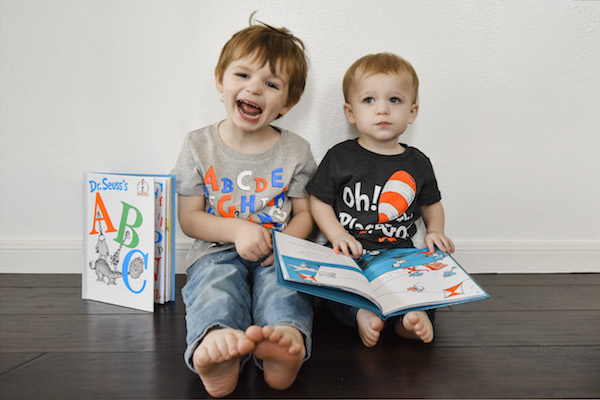 Happy birthday Dr. Seuss, and thank you for everything. The world is better for having known you.