No parent ever wants to have a baby in the NICU.  As a NICU mom, I wouldn’t wish that experience upon my worst enemy.  Ever since we left the NICU almost four years ago, I’ve had friends {and even strangers} reach out to me because they are facing a possible NICU stay.  My initial reaction every time is fear because I’ve been there and I know how rough it is. But I try to make a point to focus on the positive.

No, NICU will never be an ideal situation.  I don’t believe a mother should ever have to leave the hospital without her baby.  And there will most definitely be setbacks.  But if your baby is going to the NICU, it’s better to focus on the silver linings instead of stressing over the possibilities that are out of your control.

Silver Linings From One NICU Mom to Another…

No parent ever dreams about her baby being in the NICU when she learns she’s expecting.  But sometimes that becomes a reality anyway, and it’s important for us NICU parents to stick together.  I would have easily lost my sanity without the support of other NICU moms during our stay.  I hope to provide the same guidance to future NICU parents.  Please feel free to reach out if you’re facing a NICU stay and need someone who understands. 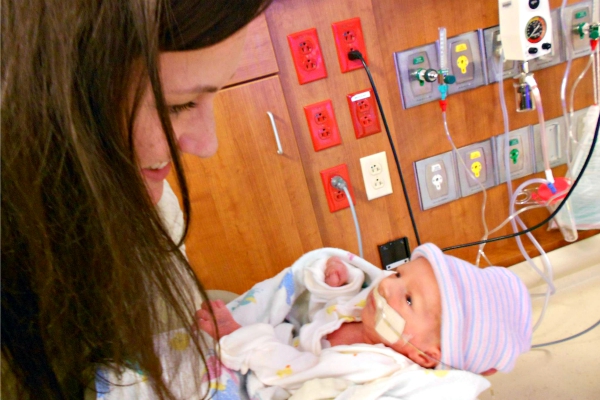