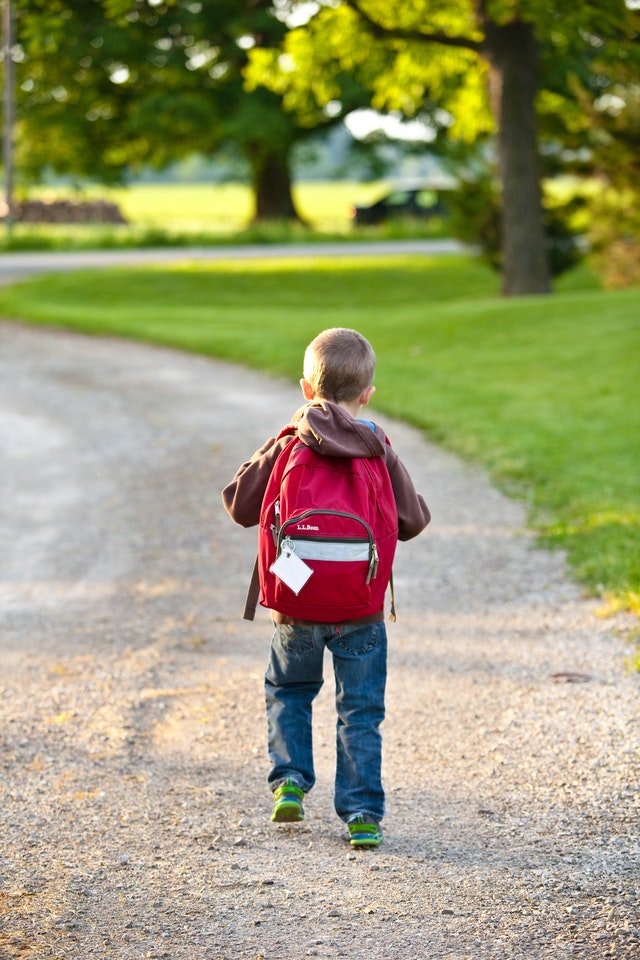 “You Shouldn’t Be Outside By Yourself”

“Hey bud, can you go grab the recycling bin?” I asked my 3 year old, as I unloaded groceries from the back of my SUV. It was almost dinner time on a normal, non-descript week day, and my mind was on starting the evening routine of dinner, bath, bed, and finally, my alone time.

My son wandered down the drive to the recycling bin at the end of the driveway. Our garage is in the back of our house, facing our backyard, so I couldn’t directly see him. I continued bringing groceries in the house. When I came back outside, I heard my son clearly talking to someone, but couldn’t make out the words. He came back up the drive, dragging the blue bin. I asked him who he was talking to, and he said, “A man and a lady asked where you were. They said I shouldn’t be outside by myself.”

Startled, I walked around the side of the house to the top of the driveway. A couple I’d never seen before was standing across the street, staring at my house. I waved, and they quickly turned and continued their walk. I went inside, still intent on getting dinner started. But now, I felt annoyed, and vaguely ashamed, as if I’d done something wrong. It wasn’t as if I’d let him play unsupervised in the street, or even play at all. He’d walked the 90 or so feet to the end of the driveway and back. What exactly had that couple expected to happen to him?

My experience, though small, speaks to the prevailing attitude surrounding parenthood and children today. When I was growing up, I regularly had opportunities for independence and unsupervised play. I ran around outside with my friends; I stayed in the car while my mom ran an errand; I stayed at home alone at age 9. Now, as summed up by author Kim Brooks, “We…live in a country where it is seen as abnormal, even criminal, to allow children to be away from direct adult supervision, even for a second.” And she speaks from experience. In 2011, Brooks left her then 4 year old son in the car for 5 minutes to run inside a store. While she was gone, someone filmed her son alone in the car and called the police. Despite there being no law against leaving a child in a car in the state of Virginia, Brooks was charged with contributing to the delinquency of a minor, a misdemeanor crime for the first offense. She wrote about her experience in the book, Small Animals: Parenthood in the Age of Fear. In her research, she discovered that she was not alone in being shamed, charged, or even arrested for leaving a child unsupervised.

Can We Cultivate Independence in Today’s World?

I often hear that we can’t truly teach our kids to be independent in today’s world. The world in which we’re raising our kids is more dangerous than the idyllic one in which we grew up.

If you’d asked me four years ago, when I first became a mother, I would have said that crime in America is much worse than it was when I was growing up. However, the statistics tell a different story. According to the Brennan Center for Justice, the national crime rate peaked in 1991 at 5,856 crimes per 100,000 people, and has generally been declining ever since. There have certainly been fluctuations in that time, where the violent crime rate has risen in certain cities, but overall, the United States is a much safer place than it was 30 years ago. However, I constantly saw news stories about child abductions and social media posts about human trafficking occurring outside of Target. The 24 hour news cycle bombards us with fear inducing stories. Studies show that’s what draws listeners and viewers. Because of this constant barrage of terror, we often feel that crime is more prevalent. However, as Sharon McMahon is fond of saying, facts don’t care about your feelings. And the fact is, danger is not lurking around every corner, waiting to harm our children.

I don’t mean to sound dismissive. Statistics mean nothing when it’s your child, your family. I would be devastated if something happened to my children. However, I cannot live in a state of constant anxiety and fear that any situation will lead to danger for my kids. That doesn’t mean I’m against basic safety precautions. My kids always wear seatbelts and bike helmets. I slather them with sunscreen before we go outside in the summer. I cut their grapes in half. However, I don’t let the idea of, If I just do x, then nothing bad will ever happen to my child, consume my life. I can’t. The anxiety of it is crippling, and I can’t function as a mother, as a human.

Fear is Affecting Our Children

And it isn’t only my mental health that is affected by this hovering cloud of fear and vigilance. Our kids pick up on and mimic our anxieties. If parent out of fear and I constantly tell my son that it is dangerous for him to be outside on his own, he will be afraid to go outside on his own, whether that danger is real or not. Rather than wrapping them in a bubble of caution, I want to help my children discern which dangers are possible and which dangers are probable, and to judge and act accordingly. I do not want them to avoid all new opportunities, just because there is a possible risk of danger. Risk is part of being human. To avoid risk at all cost is to avoid the fullness of life. To embrace the possibility of risk, and to act in spite of it, builds confidence and pride in their abilities. If I’m constantly controlling and directing my kids’ actions, they’ll never develop that confidence.

I want my kids to be confident in their ability to do something, whether it be walking down the street to the mailbox on his own {my 4 year old’s recent independent accomplishment} or climbing the rock wall at the playground on her own {my 1 year old’s recent independent accomplishment}. I know these are baby steps, but my hope is to continue to help foster that confidence through various opportunities for independence as they grow up. I don’t want them to leave my home with fear and the thought that they can’t function without me or their dad. Moreover, I believe it should be mine and my husband’s responsibility to judge which situations our children are able to handle, not every other parent in America. Those choices may look different for each family, and that’s okay. What’s not okay is continuing this climate of judgement and shame over perceived dangers.

Parenting Should Be a Team Sport 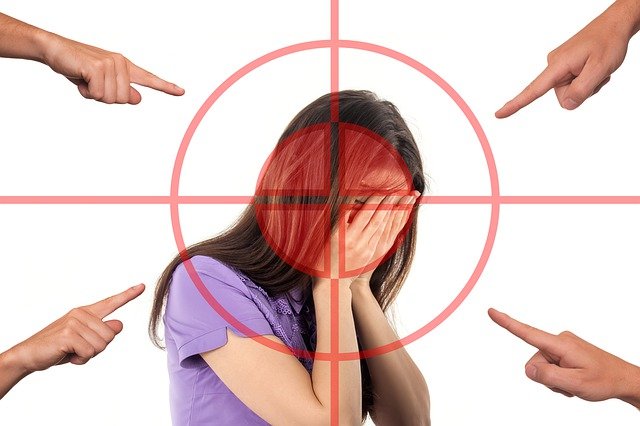 What if, instead of telling my son that he shouldn’t be outside unsupervised, the couple in our neighborhood had just watched him to ensure his safety? What if, instead of filming a child alone in a car and calling the police, that concerned citizen kept an eye on the child for that {likely frazzled} parent running inside the store? In her book Achtung Baby: An American Mom on the German Art of Raising Self-Reliant Children, author Sara Zaske describes a culture in which children as young as 8 are independently making their way around Berlin. This culture is made possible by the safety net of adults keeping an eye on the children. “It takes a village”, as the saying goes. Except we don’t seem to really believe that. Instead, we often view parenting as an individual, competitive sport. We stand by and judge other parents and their ability to raise their children, often based on a small snapshot of their day. What if, instead, we viewed parenting as a team sport, in which we all worked together to raise self-reliant, curious, happy children?

My kids are still young. I have not had many experiences to leave them truly unsupervised yet. I will certainly struggle as they grow up to balance my desire for them to be independent and my instinct to keep them safe. However, I refuse to give up. We don’t have to accept things as they are, mamas. Let’s say “no” to parenting in fear, and “yes” to preparing our kids to confidently navigate risky situations. Let’s ditch the judgement of other parents, our teammates, and embrace that community mindset. Let’s change the culture. For our kids. For us. For the future.