Whenever I think about the family I’ve created, I’m reminded of a moment a few months ago that, for me, epitomized a sense of fulfillment and knowing that my family is complete. It was a typical weekday evening in our house. We had just finished dinner and had gone upstairs to get ready for baths and begin our traditional pop song “dance parties.” My husband started playing a song on his phone, and the dancing commenced. I was holding my youngest daughter’s hand to keep her more balanced, and then my three-year-old son came and took my other hand. Then, my husband joined in by taking the free hands of the kids and there we were, all four of us, dancing in a closed circle. Everyone was smiling or laughing, and my heart was full.

I remember telling myself that this was everything I ever wanted, right here, in front of me: a happy, healthy, beautiful family of my own. In that moment, I couldn’t ask for anything more. 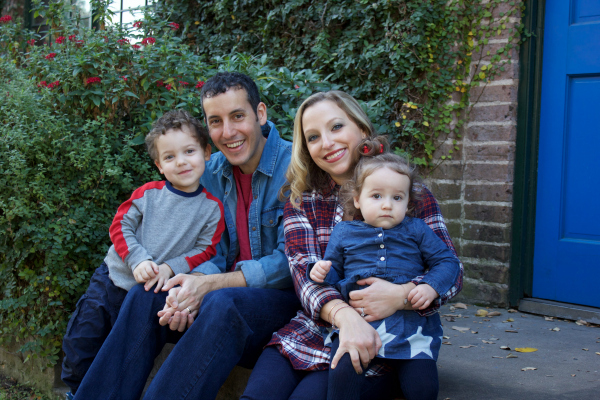 Many women who choose to have children generally have an idea of how many they want. For instance, I always wanted four. During the early part of my marriage, I had several discussions with my husband on what the ideal number was for us. We compromised on three. But, as is often the case, things don’t always go as planned – especially when it comes to having children.

Our first baby ended up being born through Cesarean section after we discovered that he was facing “sunny side up.” The doctors reiterated how painful a vaginal birth would be, despite epidurals or other pain medicine. Thankfully, we listened because there were other serious issues discovered once they had me open on the operating table. Our son had the cord wrapped around his neck, and he had already had his first bowel movement, which can cause a baby to aspirate if the meconium gets inside its lungs. After lots of suctioning, the doctors were able to get the majority of the meconium out of his system, and after what felt like an eternity, I was finally able to hold my baby.

The birth of our second baby was even more traumatic. I was trying to undergo a vaginal birth after Cesarean {VBAC}, as I had discovered it was a safer way to go than to have a second C-section. However, VBACs are very controversial due to the very rare chance that the mother experiences a uterine rupture. Chances are about one percent. Unfortunately, my luck put me into that one percent category – not only did my uterus rupture, but the placenta also abrupted from the wall of my uterus. It was the type of double emergency that most doctors never see in their lifetime. The doctors had exactly eight minutes to get the baby out if we had any chance of her living a normal life. We were fortunate to already be in the hospital when the rupture occurred, otherwise we both could have lost our lives.

I won’t go into detail with how horrible and scary that birth was. Let’s just say my husband and I were unable to sleep for two days straight – and it was not because we had a newborn. I can’t express enough how grateful I am that both our lives were spared, and on top of that, that we both made full recoveries.

One would assume that if your uterus ruptures, that’s the end of your uterus. I believed they would either have to take it out of me during surgery or repair it to the extent that things might still function on some basic level. Much to my surprise, the doctors were able to completely repair my uterus, so much so, that I was told I could actually have more children if desired.

Although I’m usually a fan of having options and having the capability to decide my fate, I almost wish I was told that I could no longer have children. The fact that I could have that third baby I was initially planning for, really messed with my head.

As the doctor warned, once a uterus ruptures, the chances of rupturing again increase dramatically. There were lots of conditions involved with having another child. I would undoubtedly have a C-section. The baby would have to be delivered around 36 weeks, which is considered pre-term. The status of the baby’s lung development would be in question, and the possibility of spending time in NICU was quite high. On top of that, if we wanted to be ultra conservative in preventing my body from having any contractions {which would lead to rupture}, I would need to check into the hospital and be closely monitored for two weeks prior to the delivery. These were just a few things to consider when deciding if a third baby was worth it. Ultimately, the safest thing to do is to not have any more babies.

Everyone in my life concurred that the risks are not worth trying to have a third baby. By the grace of a higher power, I had two healthy children. Things could have been very different. Now those two miracles need me to stay around and be here to raise them. The answer to the question of having a third child seemed like a no-brainer.

So why did I feel in my heart like I wanted another baby?

Many scientifically-minded people would say that it’s in our DNA to always want to procreate and have more offspring. Others would say having a baby is addictive, and that once you’ve had a taste of what it feels like to hold a brand new baby in your arms, you want it again and again. Of course, you also have to face harsher realities such as how expensive caring for another human being can be. And there is always the fact that babies are only babies for a short amount of time. They grow up and get more complicated and exponentially add to the workload and the energy involved with raising a family. One of life’s many challenges is making decisions using both head and heart – not just one.

Logically, I know that I should be done having babies. Emotionally, I’ve had the hardest time accepting the notion of not getting to have another. I want to feel one more time what it’s like to have a baby moving inside my belly. I want to experience once again the indescribable bond of nursing my child, providing the only sustenance it will need for six entire months. I want to smell its intoxicating newborn scent and snuggle with a tiny living thing in my arms for as long as I can. I want to nurture another life, and add to the dynamic of our young, growing family.

Of course, if I don’t get to do this all over again, I know I’ll be fine. More than fine – I consider myself to be one of the luckiest people in the world. It’s not that I need another baby to feel complete. As I mentioned before, I have everything I’ve ever wanted. It’s right in front of me, and it’s so beautiful. There will be many opportunities in the future to hold new babies, even if they aren’t mine. Even though my heart hurts to accept that this is probably “it” for me, I know it’s the best decision for the sake of my well-being, as well as for the sake of the sweet little children I’ve already put on this earth. As time goes by, I know it will get easier to let go of wanting another baby.

Until then, if I need to, I can always transport myself back to that special moment of dancing in the hallway with my beautiful family. And when I’m there with them, everything is right in the world. 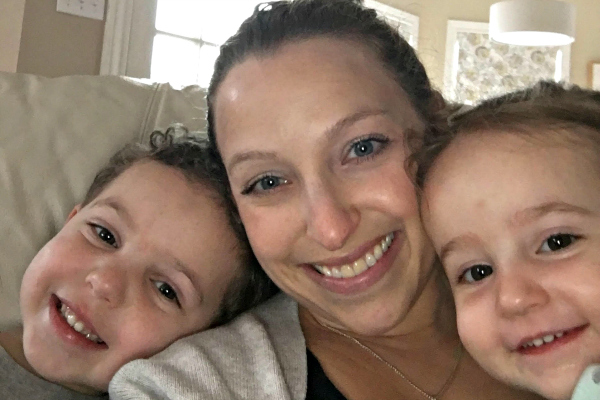