Three years ago, if you’d suggested that I’d someday play Fantasy Football, I would have laughed in your face.  I hated football.  I hated that it was on our TV every Sunday.  And I especially hated that my husband had the RedZone channel – you know, the one that plays nothing but commercial free football for eight hours straight every Sunday?  Yeah, that one.

I finally came to the conclusion that if you can’t beat them, join them.  So I joined an all-girls Fantasy Football league with a bunch of friends.  Some liked football, others identified with me.  I figured at least I’d find a little entertainment out of our nonstop football Sundays.  And I ended up with so much more than I expected.  We laughed.  We enjoyed the rivalries that grew between us.  And – gasp – I talked to my husband about football.

So, I thought I’d share a few things that I’ve come to learn about Fantasy Football with my fellow moms.  Maybe you can join a league with friends – or start your own!  It’s a great reason to have friends over on Sunday after church.  Let the kids play together while you tally points and try to keep the trash talk to a minimum when you’re playing against your husband. 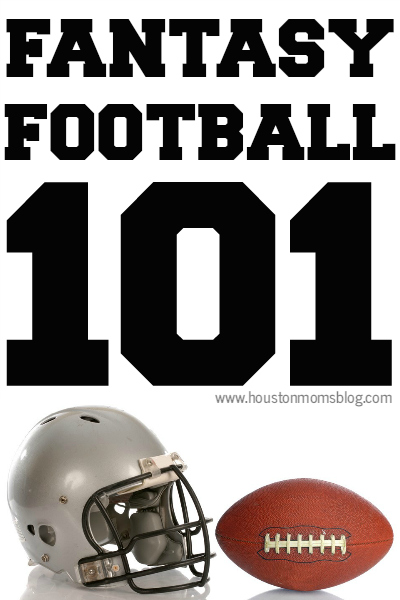 When all else fails, remember this is just for fun.  If you want to draft Tom Brady because he’s just so pretty, do it.  If JJ Watt’s muscles make you swoon, grab the Houston Defense.  {Go Texans!}  If you don’t like someone due to their arrest record, cut them.  Do what works for you!

Have you played Fantasy Football?  What are your tips and tricks?

Celebrating the Big Game in a Super Way

The Big Game is On. Here’s How to Pretend You Like Football