Now, I don’t like to brag or anything, but after we took the childbirth class at the hospital, before we had our first kid, I was an EXPERT on breastfeeding. I was a little miffed that they didn’t hand out medals, but the class was only $75, so it’s understandable. Here’s what I knew about breastfeeding ::

About 30 minutes after your baby is born and laid sweetly on your bare chest, gazing lovingly into your eyes, she will realize it’s time to nurse. You will expertly cradle her in your arms, and after giving you a warm grin, she will instantly start nursing. Now, if there are any problems, {like, for example, she can’t continue nursing, because she’s smiling up at you so lovingly} the Lactation Consultant will know immediately. She will glide into the room, and sweetly chastise your angel helping her to focus on the task at hand. The baby will then slide off when finished, and sweetly into a deep sleep, still smiling.

Thank Goodness for “The Office”

If not for the episode of The Office when Jim and Pam have their baby, and Pam has issues nursing, I would have had NO frame of reference for the difficulties I experienced nursing my first child. If I’ve learned anything on my nursing {and attempted nursing journeys} of my three children it’s that as much as every child is different, every child’s eating style is going to be different, and NO ONE, I mean NO ONE, has the right to pressure you or guilt you into feeding your child a certain way. Fed is best.

To best illustrate these points, let me tell you a story of Mommylocks and the Three Nursing Bears ::

The first one was tooooo small

When our daughter Charlotte was born 5 weeks early at 5 pounds, 7 ou 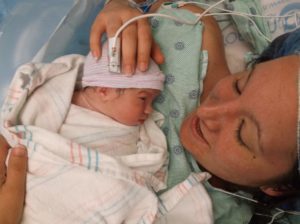 nces those first 24 hours were a hectic, irrational blur. The C-Section, the shock of seeing my baby so early, and I still thought she was going to nurse; spoiler alert :: she didn’t.

We tried different holds, hand pumping, everything. Her blood sugar plummeted and she was sent to NICU. There she was fed via IV, and I tried every three hours to desperately hold on to that nursing dream that was pounded into my head. They gave me a pump and started feeding her via syringe. It was during a 6:00 am failed feeding that I broke down in tears. My baby was screaming, and I couldn’t feed her. I felt like such a failure, but I knew I had to listen to the doctor’s advice, and began feeding her with my milk via bottle. She almost instantly perked up, and was discharged from NICU in a week.

My nursing story with her included exclusive pumping every 3 hours, followed by bottle feeds. When she was three months, I had to go back to work, and since I worked at a smaller school, I knew pumping at work was not a realistic option. By the time she was four and a half months old, we were out of frozen milk and she was on formula. At the time this was another wave of guilt. I couldn’t believe I let my milk go dry, and I didn’t continue pumping for her. At the time, I felt like a terrible mother.

Fast forward to today, she’s four and a half, her favorite food is pizza, and she’s reading at a first grade level.

The next one was tooooo big

Oh my sweet boy Thompson, born at 38.5 weeks and 8 pounds 3 ounces, my hopes were high that my nursing 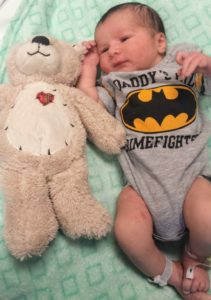 fantasy would FINALLY happen! Alas, another bump in the road. Just like Charlotte, he couldn’t latch. This time, I found three lactation consultants puzzled over my predicament, and they decided he was both tongue and lip-tied and handed me references for a surgeon at the hospital to get him clipped. They assured me that they, “had tried everything with me, and this was the only solution.” {for the record I know there are many WONDERFUL lactation consultants out there, I was just unlucky enough not to run into them during my visit.}

I broke down again as they wheeled a pump in. Not again. Not every three hours. Their words kept echoing in my head, “We tried everything.”

Then another pitfall. I couldn’t produce. I was SO stressed, nothing happened when I pumped. I then walked over to the nurse’s station and asked for formula. I will NEVER forget what she said to me. “I need you to understand that formula is NOT as good for your baby as your milk.”

To which I replied, “I can’t produce, because I got so stressed by the lactation consultants, and he’s going to be hungry in an hour. I’m sure he’d prefer the terrible {I used a different word} formula instead of starving.”

Long story short, after a consult with an OT and Language Pathologist, we found he was not lip or tongue-tied, and I was able to use a nipple shield to nurse. He nursed exclusively for 6 months, and I pumped to supplement. When we transitioned to bottle, he self-weaned.

Now he’s two and a half. He knows all his letters, loves counting to 20, and his favorite food is Whataburger.

The Third one was juuuuussst right 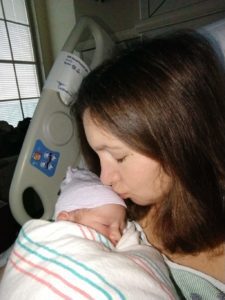 My little baby Josephine was born during Mama’s scheduled C-section at 39 weeks, 7 pounds 15 ounces. I was prepared this time. I brought a nipple shield and low expectations, my two best weapons. We started skin to skin. I put on a shield, and she latched.

I think I scared the nurse, but I couldn’t contain my excitement.

In fact, at 5 weeks, she started latching without the shield. After all of the hardships and hours of pumping, I couldn’t believe this happened. She’s now 2 months old, but her nursing journey isn’t done. I don’t know what her feeding future holds, but I do know one thing ::

So, for every Mama out there bringing formula to the hospital getting side-eyes, know that fed is best.

For every Mama nursing their 18 month old in public, know that fed is best.

For every Mama crying, because she can’t produce enough and doesn’t know what to do, know that fed is best.

There will be enough decisions for you to fret about and feel guilty about in motherhood, filling your baby’s tummy should NOT be one of them. Do what’s right for you and your baby. 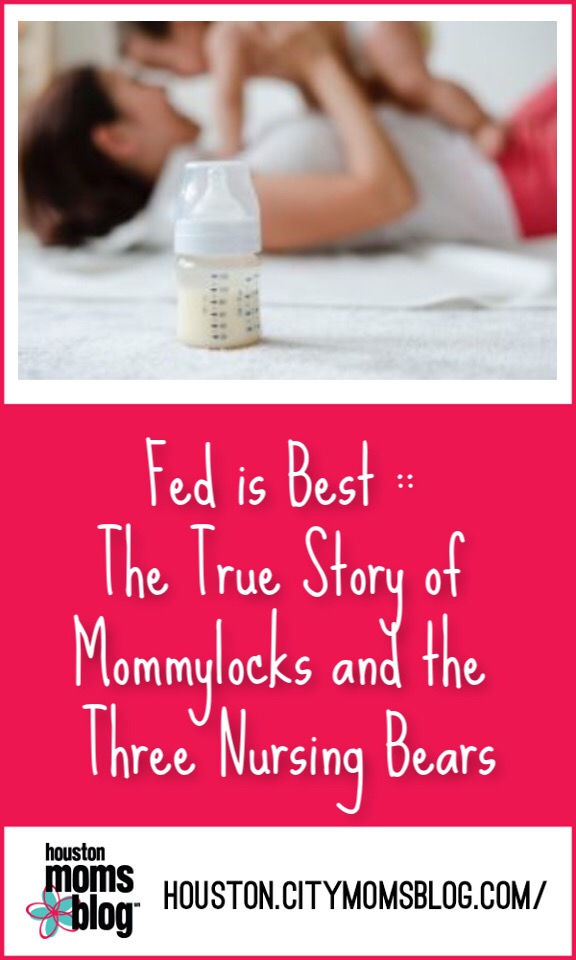