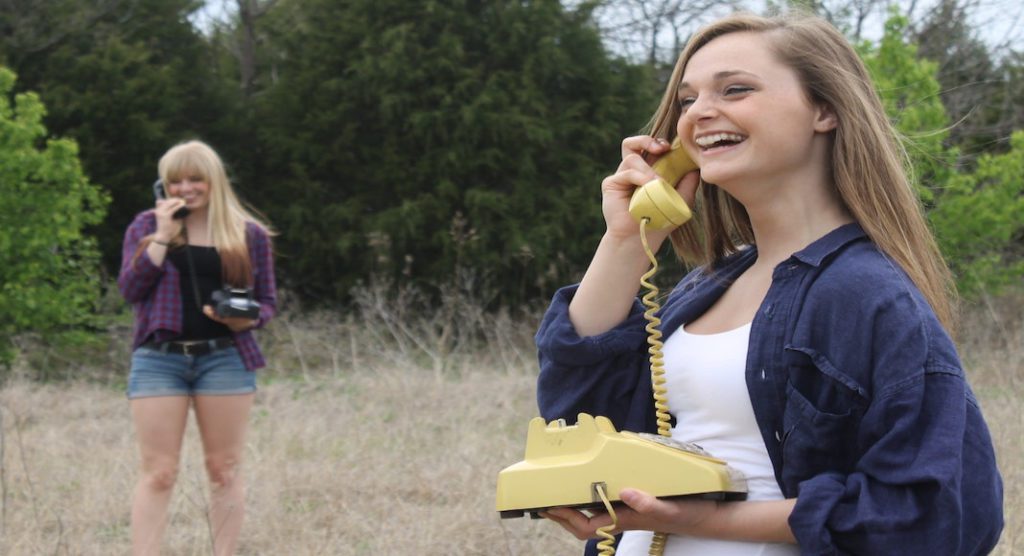 When was your last meaningful instance of human connection? When was the last time you actually spoke to somebody on the phone instead of a text? When did you last have a meaningful conversation where you spoke into the phone, the other person responded and you continued this back and forth banter for some time? Where you heard their voice? If you were born in the 80’s like me {1980 to be exact!}, you remember talking on the phone late into the night, sometimes actually falling asleep on the phone to the sounds of a muffled “hello?”…”hellooooo?” on the other end.

When was the last time you actually wrote out a birthday card, sealed it into the envelope, put a stamp on it and mailed it just in time for it to arrive right before the recipients birthday? When was the last time you called someone for their birthday rather than write the obligatory Facebook message on their FB wall…the one that gets lost in the 124 other quick Happy Birthdays that took no more than 10 seconds to write out?

When was the last time that you had coffee with a friend? Or tea? Or wine? Or water? Or just whatever as long as it was quality time with your friend? Without the interruption of the cell phone’s blue light and dings.

Loss and a Wakeup Call

Now listen…I had an entire other blog musing that I was going to write about this month but as of yesterday morning, I have one less family member in my life and I am sad. I lost a cousin, a confidante, a friend. Someone who I had so many laughs with throughout the years and you know what….I had not talked to her in a quite a while. We live in different cities but the last time I traveled home, I made it a point to see my Godmother because she is getting much older and her health is precarious.  I thought… I’ll see my cousin next time around because I travel to Miami frequently… and now she is gone and I will never hear that laugh again.

Y’all…I am SO guilty of all that I questioned above. Insert that emoji with the hand up here because I am guilty of all of it. Maybe it’s that life just got busy with three kids. Maybe it’s just the ease with which we have digitized every aspect of our lives. We have apps galore. We can order our groceries with a few clicks. And we can say I love you by typing it into a text message in less than 8 seconds. But you know what…none of this ease can replace the human connection.

The cry. Or cries.

The hearing of the voice on the other end of the phone.

An emoji is fleeting my friends.

So I am going to try harder. I am going to work on my calling. I didn’t have to work so hard at it when I was 13. Actually, I couldn’t wait to get home from school to call the friend that I had just finished talking to at our lockers. You know, I remember when we got a phone that had a super long cord. It was so awesome! I could walk far away from the wall and still be on the phone. And then one day, we got a cordless phone…I don’t know, circa early 1990’s and skies were the limit!  We could walk around the entire house talking on the phone!

So I am going to try harder. At actually calling you for your birthday.

I am going to try harder at sending you a hand written card.

At getting together in person.

Can we all try harder?

One of the things that I hold on to dearly are birthday and Mother’s Day cards that my mom gave to me, especially the ones that she gave me in the years she was sick. My mom never forgot a card.  I often look at them and admire her hand writing. No emoji can replace that. And I love emojis, my friends…but they are fleeting. I love .gifs too…but they are fleeting.

And the human connection, even though it is ultimately fleeting as well, it is everlasting my friends. Let’s not lose that. 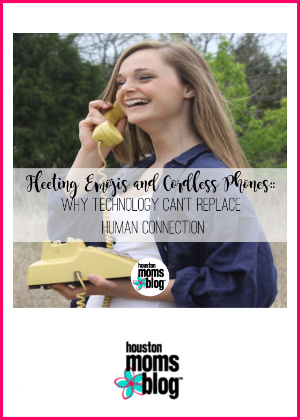 How My Kids Connect With Family During This Pandemic

The Best Parks In and Around Houston