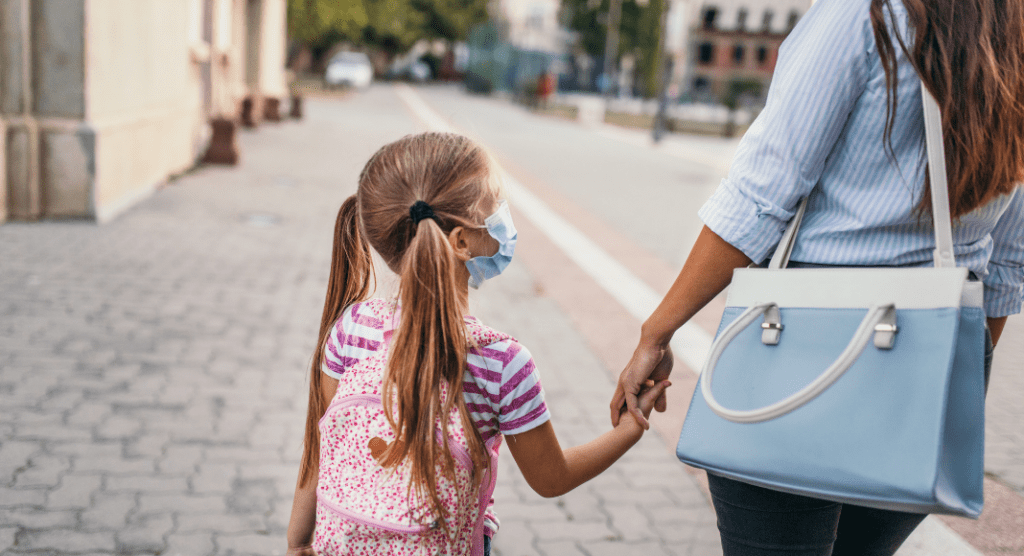 I didn’t see it coming. The transition to being a working mom outside of the home after spending eight full years without earning a paycheck, was sudden.

You see, I had parameters for accepting employment.

I was not eagerly looking to be a full time “boss babe” who earned a lot of money. Nope. Not at all. That would throw our home life so far out of our balance, that it wasn’t even a consideration.

What did I really want?

I wanted a rewarding job. I wanted some flexibility with hours. I wanted to see and help people in person. I wanted to be able to bring my kids to school and pick them up after school.

I considered a part time retail job. I worried though, that I would be stuck working late nights or weekends, which would eliminate our family time.

Realizing I Wanted to Change Things Up

Eight years may seem like a long time to be out of employment. Trust me, it intimidated me when I realized I was actually interested in finding a job. But it flew by for me.

I resigned from my teaching position after having my second child. I realized two things: One, I really hoped to breastfeed for a year, and I wasn’t interested in pumping full time like I did for my daughter. And two, it seemed impossible for me to keep up with both my family’s and my students’ needs. Grading 100+ essays does not happen quickly, my friends. My husband had already previously taken my daughter to his parents’ house in Louisiana for a weekend, just so I could be alone to grade. That’s not sustainable nor desirable.

But less than a year after our son was born, we were offered the chance to move to Australia through my husband’s job. We said yes, and we lived there almost four years.

Then we moved to Chile. We were there for a year and a half.

Then in mid-2019, we came back to the Houston suburbs.

2020 happened. We all know how that affected everything.

But by 2021, I was ready for a change. After a year of our school safely allowing students back in the classroom, I wasn’t as nervous that everything might shut down requiring me to be home in the event that happened.

So, just as I was warming up to the idea of being a working mom again… our elementary school posted that they were hiring a clerk. I had never been a clerk before, but I figured I could learn pretty much anything fairly quickly.

One problem: I could not find my resume anywhere. Last used: 2011.

It felt so long ago, that I was terrified that I couldn’t even rewrite it.

After countless searches through e-mails {both mine and my husband’s}, USB thumb drives, and external hard drives, I was empty handed. Then my husband asked me if it was on my laptop. I replaced my laptop with a desktop a year ago, but thankfully, I held onto my laptop.

I opened that bad boy up and clicked through every folder saved on my desktop. Lo and behold, it was there! I was relieved. I still had to update it and actually apply for the job without backing out, but finding that resume was key.

I didn’t get the job. I was A-OK with that outcome. I knew that if I had gotten it, I would do well. I did interview. But I also knew that there could be a million reasons why they might choose someone else. And they did.

Oh, I also did not tell my children that I was interviewing for a job at their school. I didn’t want any hard feelings on their part if it didn’t work out. And since it didn’t, I was happy with that choice.

But then it did.

Confused? It’s OK. I received a call from the Assistant Principal the Friday before school was set to begin.

She started with, “Don’t worry, it’s not about your kiddos.” Side note: I LOVE when they tell you right away that everything is OK with your kids. Cause mommas’ hearts worry. Well, mine does.

Anyway, she proceeded to tell me all about a last minute opening as an inclusion paraprofessional. She told me all the reasons that it was a terrific fit for my skillset and situation.

One problem: I had no idea what an inclusion paraprofessional actually did. I did make it very clear that they should not expect me to walk in on day one and just know what to do. She seemed to understand. My husband seemed to think I was selling myself short. But as I told him, if I have learned one thing in my forty years on Earth . . . it is who I am and what I am capable of doing. I am not going to pretend I am anything I am not. Can I learn? Absolutely. But I was not about to play it cool and act as though I knew things I did not.

And as I walked into school {as a parent of two students} on the first day, the Principal excitedly asked if I had talked to the AP. She told me how perfect of a fit it would be for me and for them. My daughter caught on and immediately started to drill me. My son was oblivious. But it was time to tell them. I hadn’t interviewed for this position yet, so I made it clear that it was only a potential job at their school. They were overjoyed at the possibility.

After an online interview and some paperwork, I had the gig! I started the day after school was cancelled for Tropical Storm Nicholas. And I did jump right in. I had to discretely Google some terms on the first day, and not all the teachers realized immediately that I wasn’t a substitute, but it was a solid first day.

By the end of the week, I understood the assignment. I knew which classes I was going into, where they were located, what time I was needed in each, and which students I would be helping.

There is more to the day-to-day and reporting requirements than this, but I figured those out as well.

All the Working Mom Feelings

I didn’t realize how much I would love working outside of the home again.

I didn’t realize how much my children would love having me at their school with them.

I didn’t realize, as a working mom, how exhausted I would be at the end of each school day; it doesn’t hit you until you get home.

I didn’t realize that our home life would change so much. I often do not have the energy to make the meals I once did. I reserve those for weekends now.

I didn’t realize how much I was not smiling . . . until I started working there. I smile so much every day.

I didn’t realize that I had lost a part of myself, and it needed to be reclaimed.

I did, unfortunately, remember every snide remark about stay-at-home moms. And while I felt incredibly valued in my own home, I knew that people on the outside had A LOT OF OPINIONS about what I did and did not contribute to our family, society, the world. Who knows?!

And while I did sometimes let those comments weigh on me, I knew that they were spoken out of ignorance. And I was thankful every day that my husband always valued my contribution to our family.

So, whether you stay at home or are a working mom outside of the home, I hope you know that you are incredibly valued and appreciated. One job is not harder, or easier, or more rewarding than another. You, ultimately, know what is best for you.

And if you do decide you want to return to working outside of the home after a lengthy absence, rest assured that you are capable. It may seem incredibly daunting at first, but it’s kinda like that saying about riding a bike…just get on and start pedaling. 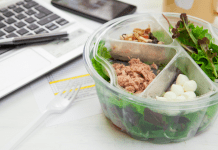