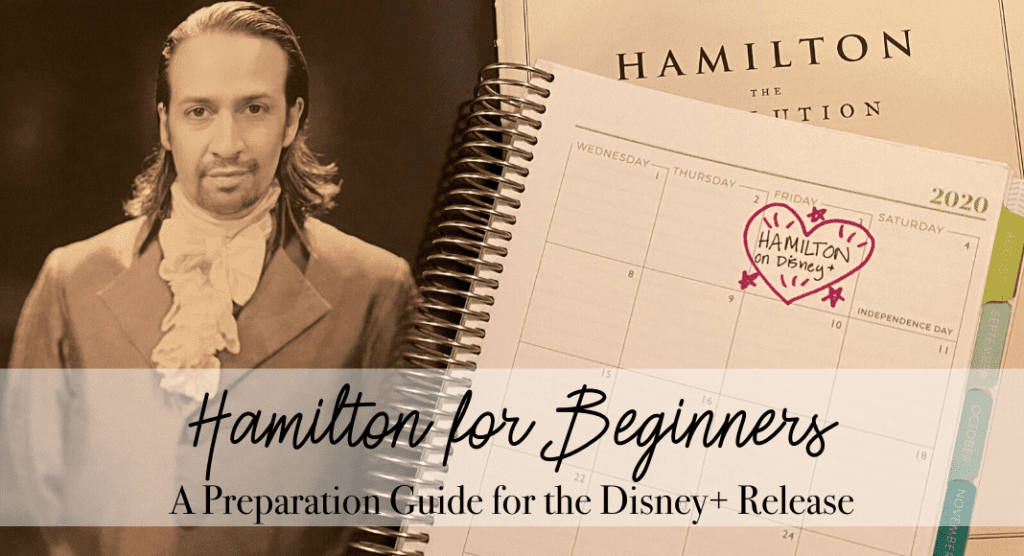 By every possible objective measuring stick, 2020 is a dumpster fire. The past three months have been rough, and there’s not much on the near horizon to look forward to. So when there’s anything to give us any anticipatory glee at all, we go all in. That’s why, for us fans of Lin-Manuel Miranda’s Hamilton, July 3 has been circled, starred, and heart-eye emojied on our calendars since the announcement that Disney+ will be streaming the hit musical starting this Friday.

For those of you who are part of the not-yet indoctrinated, you may be wondering why there’s so much fuss around a Broadway musical about the founding fathers, and why any preparation to sit on your couch and watch it is needed, beyond procuring some chips and bean dip. Listen, before I dipped my toe into the Hamilton waters {and then eventually dove in head first}, I was right there with you. In all honesty, it sounded like a huge snooze-fest. But, what you will soon find out is Hamilton is so much more than a history lesson narrated with some catchy songs. It is a true work of genius, a commentary on society that is just as relevant today as it would have been in 1776, and a source of complete JOY. Exibit A:: John Krasinsky’s Such Good News episode with the original Hamilton cast.

Now, listen. You don’t have to do anything to prepare. If you sit down to watch on Friday with no knowledge of the Hamilton storyline or exposure to the music, I guarantee you are still going to enjoy the experience. You will be entertained. You will likely want to see it again or start listening to the soundtrack in your car. But chances are, you won’t get nearly as much from the show as you would if you do a little background research and familiarize yourself with the musical.

Listen to the Cast Recording a Time or Two {or Ten}

The entire story of Hamilton is told through its extraordinary music. The show has almost no dialogue apart from the songs {there is one small scene that isn’t on the cast recording}. There are 46 songs, and they are diverse in their styles and genres. There are traditional show tunes, along with hip hop, R&B, and soul.

Many of the songs are very fast, and in my opinion, it would be very difficult if you are hearing the music for the first time to follow the “dialogue” along with watching the choreography and keeping track of the story arc. It is a complicated story that spans a great number of years, and listening to the cast recording will allow you to familiarize yourself with that story so you can enjoy the show without having to concentrate too hard on what the characters are singing/rapping. Also, if you know the basic storyline ahead of time, you can then pay more attention to the deeper themes of revolution, legacy, running out of time, forgiveness, and ambition.

Also, if you want, read a show synopsis as well as listen to the cast recording to give you a better understanding of the show.

Familiarize Yourself with the Characters

One of the hallmarks of Hamilton is that all the major characters are played by people of color, with the exception of King George III. Lin-Manuel Miranda purposely wrote the musical to be casted this way as a call to create diversity on Broadway and rewrite the narrative of our country to reflect what America looks like today. Before you watch, brush up on your Founding Fathers and learn who plays who in the original cast. Since you won’t have an actual playbook, the internet saves the day once again.

Talk to and Watch Hamilton with Your Kids

There’s a reason why the hashtag #hamilkids is so popular. Hamilton is an amazing show to watch with kids- it’s fast paced, funny, has great music and dancing, and provides SO many points of discussion. Depending on your kids’ ages, they may or may not understand everything that goes on in the musical. But all those themes I mentioned earlier? They are all great conversation starters.

Content warning:: there is some “adult” language {although I’ve heard they are bleeping out the F-bomb on Disney+} but likely most of it will go unnoticed by little ears. And in Act II, there is some sexual content, which you may want to decide whether or not you want to skip for family viewing. It’s nothing too explicit, but does involve an extra-marital affair and a very suggestive song {“Say No to This”}. For more insights on the concerns you might have with these issues, check out this great post on Milwaukee Mom.

I have found Hamilton to be a great “thing” for our family to be into together- my kids love the music but have never seen the show, and I can’t wait to be in the room where it happened as a family on July 3! 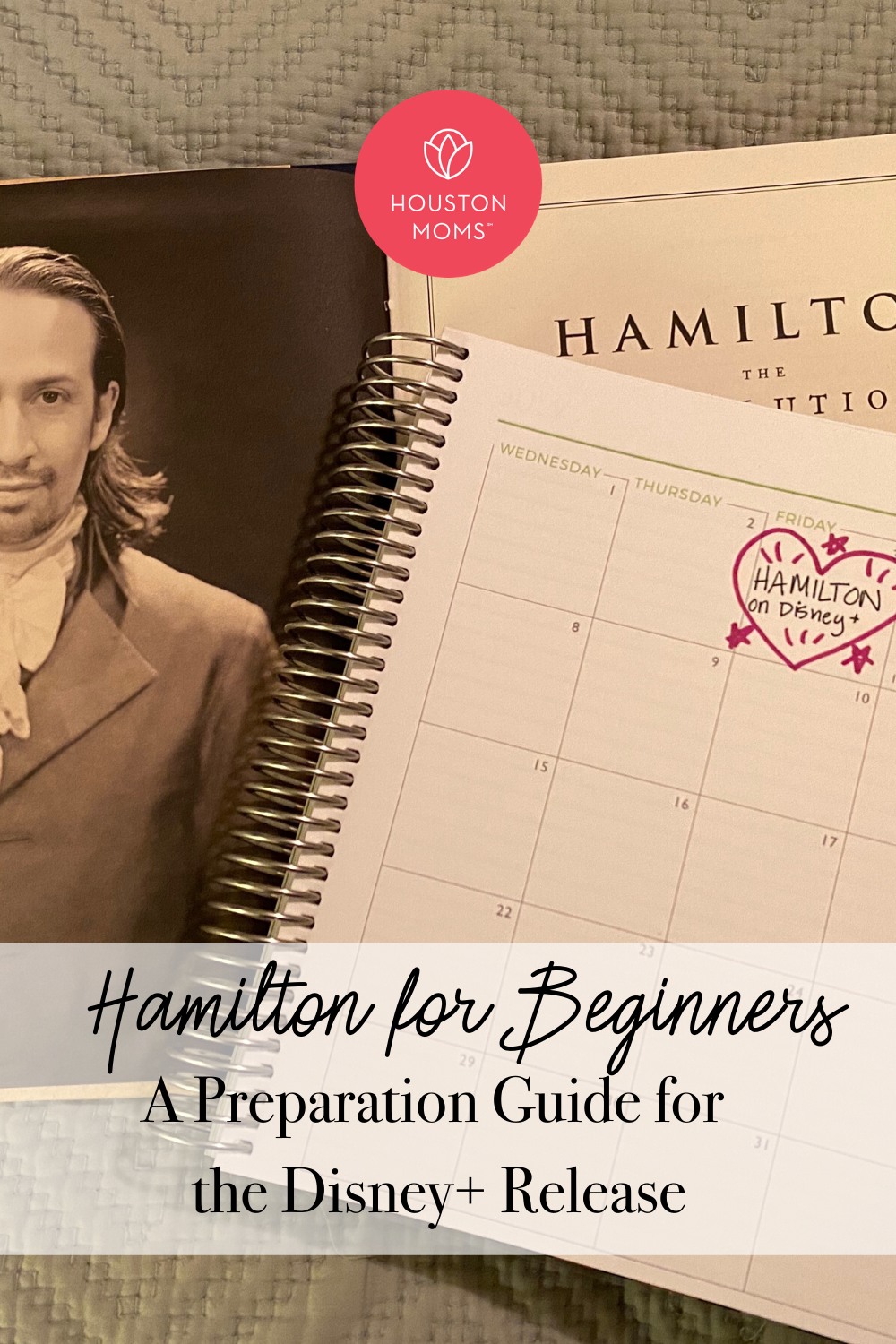