There’s a scene in the movie Riding in Cars with Boys where Drew Barrymore’s teenage character is awestruck when she delivers her first child. Though she is only 15 years old, she is not shocked because of her age, the stress, or the pain of child birth. She is shocked because of the gender of her baby. She calmly tells the nurse, “I didn’t have a boy, I had a girl.” Her husband corrects her. They put the baby in her arms, and she cries hysterically.

After I found out the gender of my second child, the scene of this movie really resonated with me. I definitely wasn’t hysterical or upset whatsoever, but I was shocked. I’ve spent the majority of my life in sports and activities surrounded with women. I was a postpartum nurse; my patients were women, and my coworkers were women. I already had one daughter, and for some reason, assumed that I would have another one. During the first 20 weeks before my anatomy scan, my husband would occasionally slip and say things like “she,” “her,” or “little sister” when referencing to my stomach. I had visions of tutus, dresses, and Disney Princess things polluting my floors. I had ideas of teaching lessons of all of the powerful and influential women leaders. I had plans of teaching them to fight the patriarchy and burn their bras. {Just kidding!}

My husband and I had the mindset that we would be raising two brave, intelligent, and headstrong girls. So, when I found out that I was having a son, all of my “plans” came to screeching halt.

After hearing my doctor confirm the gender and visually seeing the confirmation myself, it was a official… We were having a baby boy! My maternal instincts kicked in, and all of those visions that I originally had were replaced with new ones specific to my son. Although I had always envisioned raising girls to change the world for the better, I had never really even thought of the ways that my son could do the same thing. 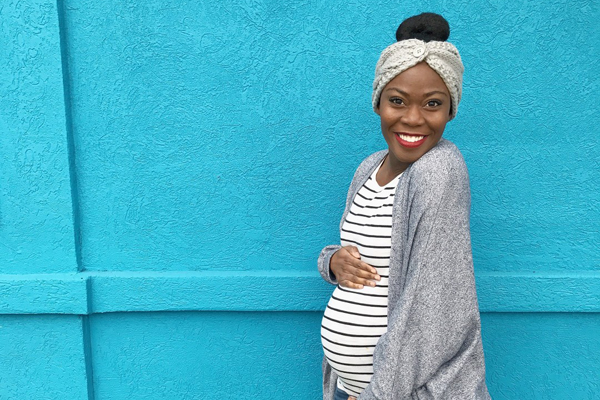 When I think about all that my children can accomplish together — boy and girl, man and woman, brother and sister — I realize that having a son truly is a feminist’s dream! I get the pleasure of raising a headstrong little girl that is going to break new ground, but also a strong and intelligent little boy that can use his privilege to support his sister {and all other girls and women}.

With his charm, he can open doors for women, children, and the elderly. He will also be taught to be a gentlemen by learning the meaning of respect and consent. With his strength, he can acknowledge what it means to be big and tough, but also use that ferocity to help those that are unable to help themselves. With his voice, a voice that tends to be held in a higher regard, he will rationally protest for what is right. At the end of the day, I get to raise a young man that can stand alongside his sister and proclaim that her voice and rights are just as significant as his own.

Although my son is only a few weeks old, I am so excited to be his mother. I have no idea where the future leads, but I do know that this boy is going to make his feminist mama so proud!

Breaking the Mothering Trap:: Encouraging Independence in Our Children