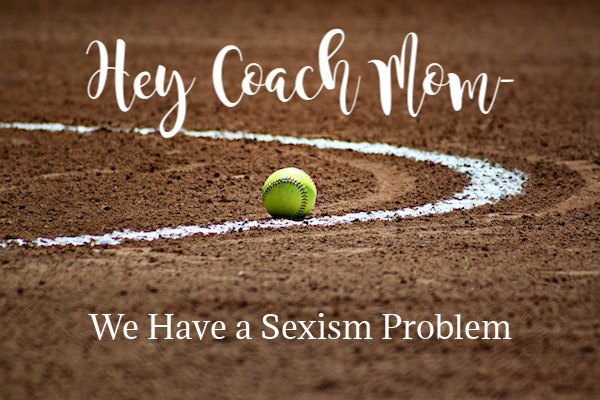 My six year old daughter is playing softball for the first time this spring, and I’m not even subtle in my enthusiasm about it. Softball was my first love, my childhood “thing”, and getting to experience the sport again with my mini-me brings me so much joy. At our first team meeting, I casually mentioned to the head coach {a woman} that I had played softball for more than 12 years and would be happy to help out with anything she needed. And that’s how I became an assistant coach of the team, along with two other dads.

Because I played softball for so long, and at a highly competitive level, I know what I’m doing when I give instruction to the girls on our team. All us coaches are committed to teaching the girls fundamentals while at the same time building their confidence and helping them fall in love with the game.

We’re having a blast, getting dirty, and I love that my daughter has two female coaches {including her mommy!} in her first foray into youth sports. I am realizing how important it is to me for her to see that women are just as qualified {often if not more so} to coach her as are men.

But the day my daughter donned her softball uniform and I my coaching shirt for the first time, there was an incident that caught me so off guard that it left me speechless. It was an incident that proved we still have so far to go in recognizing that women have just as many skills as men do, and should be out on the field coaching our kids as often as the dads.

After our first game, our team made our way to the spot where we were to take team pictures. The photographer handed out order forms, and showed the girls how to pose with their bats for their individual shots. Then, when it was time for our team picture, the girls lined up in two rows, and the four coaches lined up behind them. After shuffling the girls around a bit, he turned his attention to the four coaches standing in the back row.

Coaches, I need you in the middle, and Moms, you stand on the ends.

Umm, excuse me? So the dads in the picture earn the title of “Coach” simply because of their gender? And because of ours, the head coach and me are “just moms”, and of course needed to be de-centered in the team picture.

Cue my head exploding and my mouth unable to speak.

Listen, I know this was a small incident, and I don’t even know if my daughter heard what he said or if it registered in her mind. But it matters. It matters that I spent years and years of my life deeply committed to a sport, earned a scholarship at a Divison 1 school, and then two decades later, am considered “Just Mom” instead of “Coach who really does know what the hell she’s talking about and is probably more qualified to coach softball than any dad out here.” It matters that my daughter is witnessing such blatant sexism at such a young age. It matters who our little girls see as leaders in whatever activities they choose to participate in. It also matters that our daughters see us in roles other than “Mom”. Representation matters.

Congress passed Title IX in 1972, which means most, if not all moms who are parenting today grew up with the opportunity to play sports. That means that there are a LOT of women who are more than qualified {and at the very least, as qualified as the dads} to coach their kids’ sports teams. And yet, look around any sports complex or gym on any given Saturday, and the majority of youth coaches are still men.

Yes, there are other contributing factors to the lack of female representation in youth sports coaching. Traditional gender roles play a part :: women are often the primary caregivers of families, and many times have more than one child, making it difficult to commit to coaching. There are multiple practices a week, plus games- it’s a lot. I get it; even though I am loving coaching my daughter, it feels as if softball has overtaken our schedule and has forced me to do some serious juggling of responsibilities and has also burdened me with an increase of emotional labor. And no, coaching is not for every mom. That’s ok too. And of course, there are many amazing dads volunteering their time to coach kids and are making significant impacts on their lives {I had incredible male and female coaches throughout my years playing softball}. We can embrace more than one truth at the same time, and still say women can coach our kids just as well as men can- and deserve the title of “Coach” when they do. 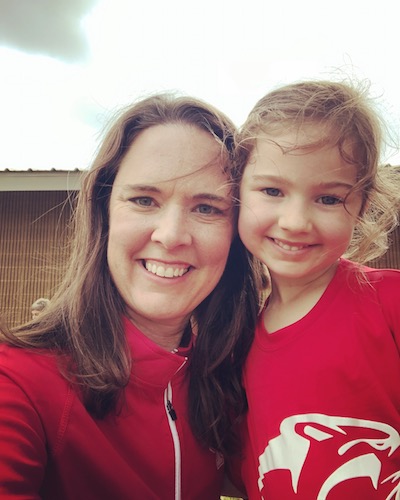 I regret that I didn’t speak up and call that photographer out for his sexism. I owed that to my daughter and I failed, but I am committed to do better. I hope that as long as I am able, and she wants me to, I can coach her in some capacity. I hope she has other strong, capable female coaches that show her, over and over, all that women are capable of accomplishing. And next time, I will be in the center of that picture, with the rightful title of Coach. 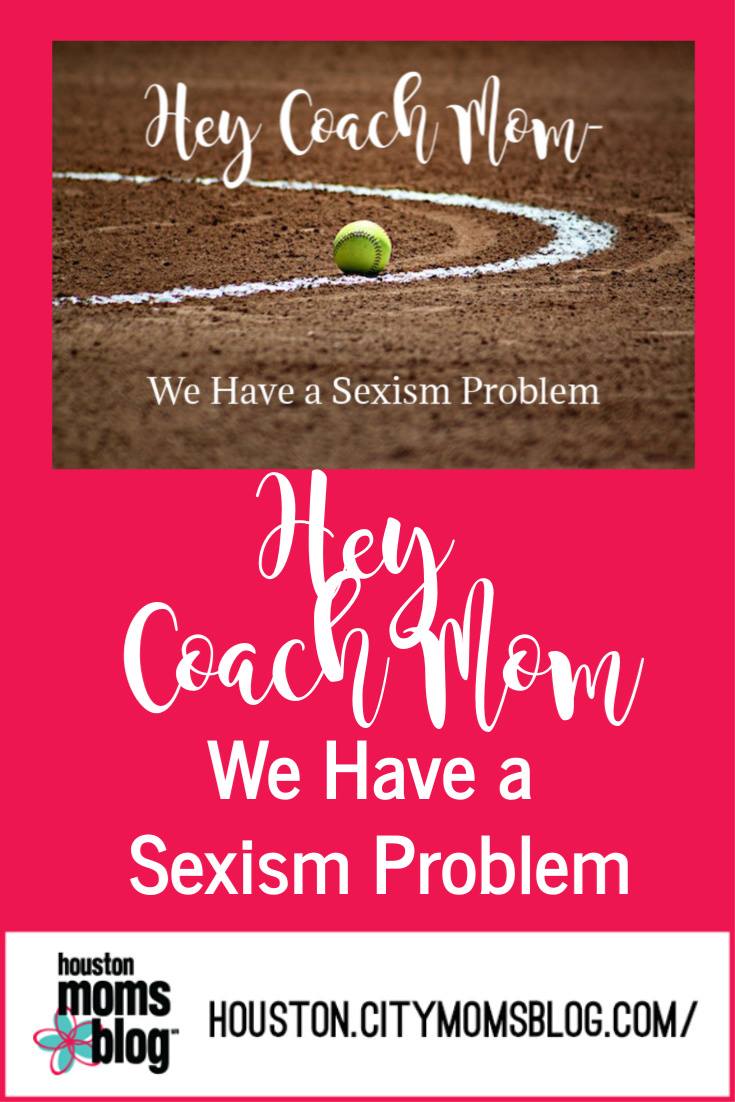