I realized something today, as my five year old youngest child confidently stepped out of our minivan and walked through the doors of his preschool:: his backpack fits him now.

I bought him that backpack when he was just barely two, along with a matching nap mat and lunchbox. It swallowed him whole, so big that I carried it for him. 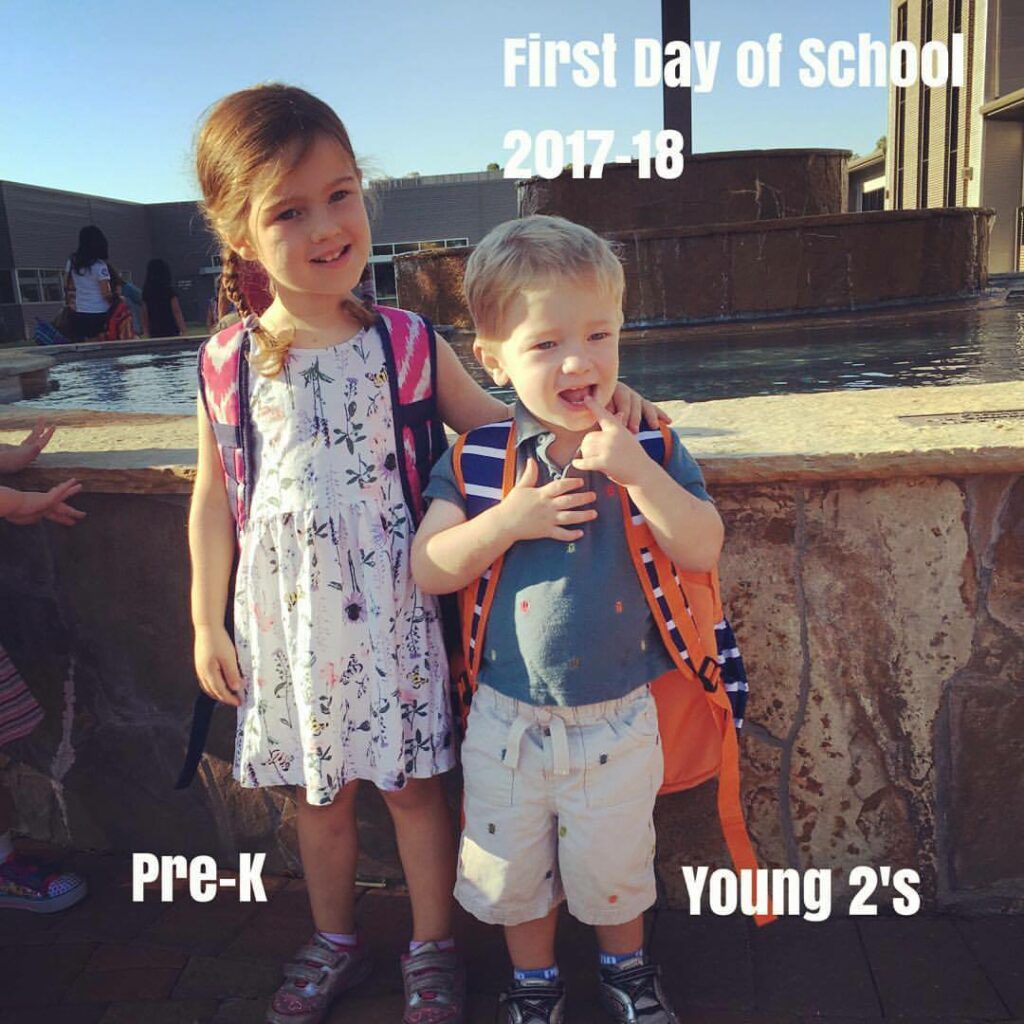 In those early preschool days, he would cling to my leg, sobbing as I handed him over to teachers who weren’t at all phased by his tears. He’s fine as soon as you leave, they assured me. And I knew he was. He had to be. Because I, a frazzled, exhausted mom of three, needed a freakin’ break. I didn’t have the mental or emotional capacity for separation anxiety, for him not to be fine. Those days, I would quickly kiss him goodbye and dash out of the building, towards my six hours of freedom.

Now, here we are in our family’s last semester of preschool, and I’m the one feeling a little of that separation anxiety. He no longer cries or clings to my leg before school, and he no longer needs me to carry his backpack. I don’t know how I feel about that, and no one is more surprised by this than me.

Sometimes I feel like I wished away these preschool years, and feel some sadness because I got my wish- now they’re nearly gone. 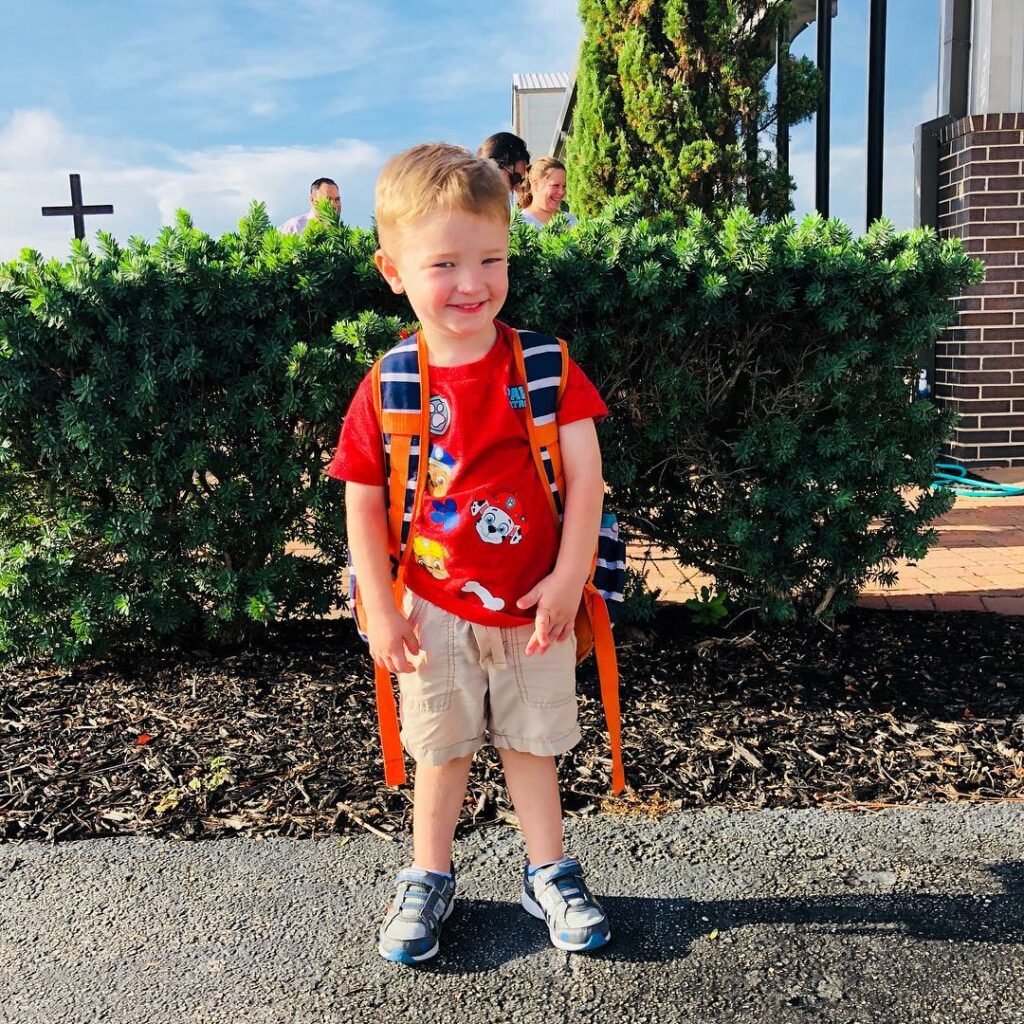 To be completely honest, I’m a terrible preschool mom. This age, with it’s clinginess and neediness, exhausts and frustrates me. I mean, yes, they’re adorable, but get your own snack and wipe your own butt pleaseandthankyou.

When he was three, I was the room mom for his class, a title I should never have been given. My name should have been flagged with UNQUALIFIED when I volunteered, thinking how hard could this be? Well, I won’t bore you with the details, but leave you with his one anecdote:: I completely forgot to plan the end of year party. WHO DOES THAT? The #worldsworstpreschoolroommom, apparently. Thank God somebody found a bag of stale tortilla chips and someone else ran out to get juice boxes. And thank God three year olds don’t hold grudges against their mommies.

I’ve never been sentimental or sappy about anything preschool-related. 99.9% of the artwork gets tossed, I don’t buy school pictures, and I never once fought for a front row seat at the Christmas or end-of-year programs. All three of my children will be in the same school next year and I’m giddy with anticipation of all the carpool and logistical time this is gong to save me. And let’s not even talk about the thousands of tuition dollars we’ll be saving with all the kids in public school- we’re getting a raise this year! 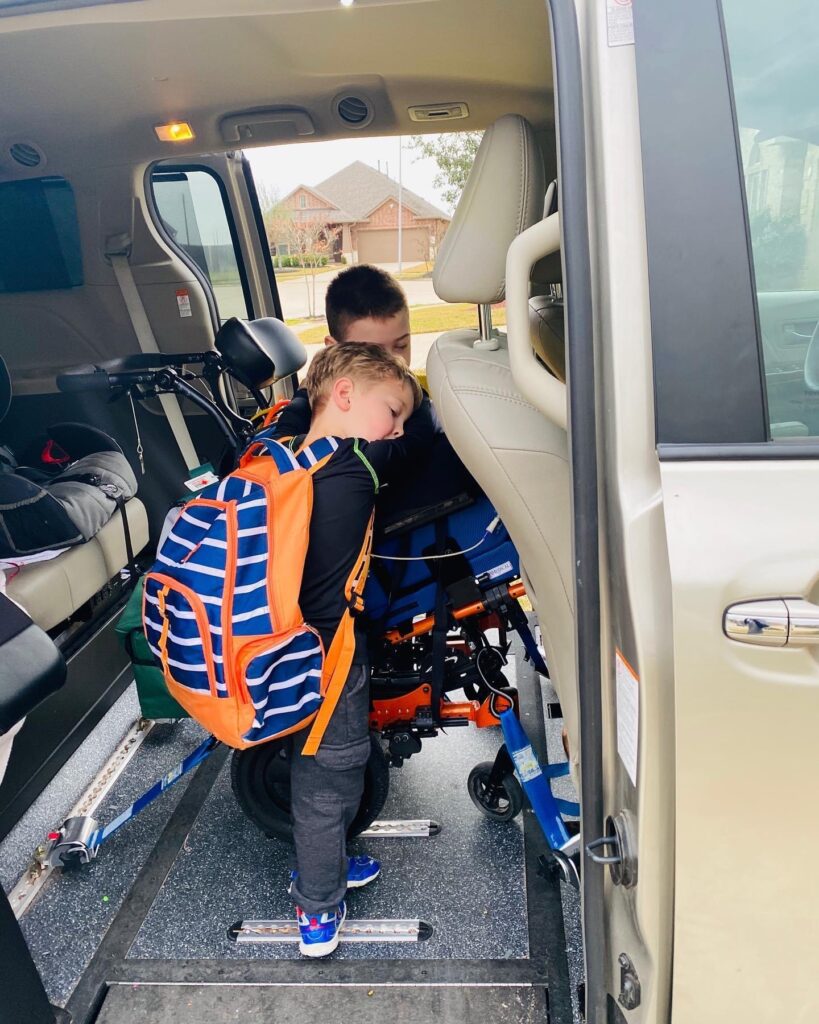 I also remember {and always want to remember} how hard these years have been for me, a mom who needs a lot of space, both physically and emotionally. And that space has been hard to come by.

And yet…I’m going to miss this.

I’m going to miss that giant backpack that’s no longer so giant.

I’m going to miss watching him walk in and out of school each day, holding a teacher’s hand.

I’m going to miss preschool teachers with their endless patience and enthusiasm {where does that come from?!} …they are a special breed, and deserve a million dollars and a really long nap. 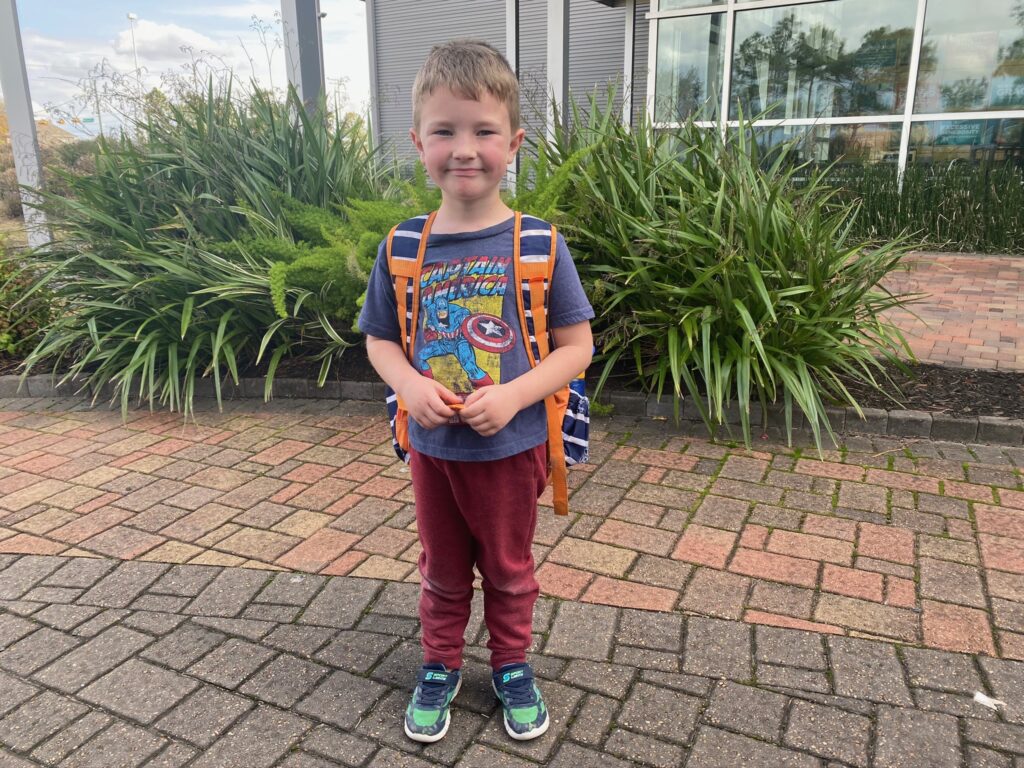 And I’m just going to say it. I’m going to miss my littlest being little. Because I’ve decided that five year old boys are magic.

Maybe that’s it- maybe it’s not preschool, but it’s him. He’s the one wrapping up this era for our family, while he’s at an age that’s pretty dang near perfect. He’s sweet and affectionate, and yet has the absolute best biting one-liners delivered with impeccable timing. He schools me daily on both Marvel characters and how to slow down and take in the present. He plays hard, with perpetual skinned knees and elbows evidence of his adventurous afternoons on his go-cart and fighting Nerf gun battles. And he loves just as hard, not yet embarrassed by displays of affection or silly nicknames we call him.

And for the first time ever, I want to freeze time. But even if I’m not ready for the next step, he is. After all, his backpack now fits. 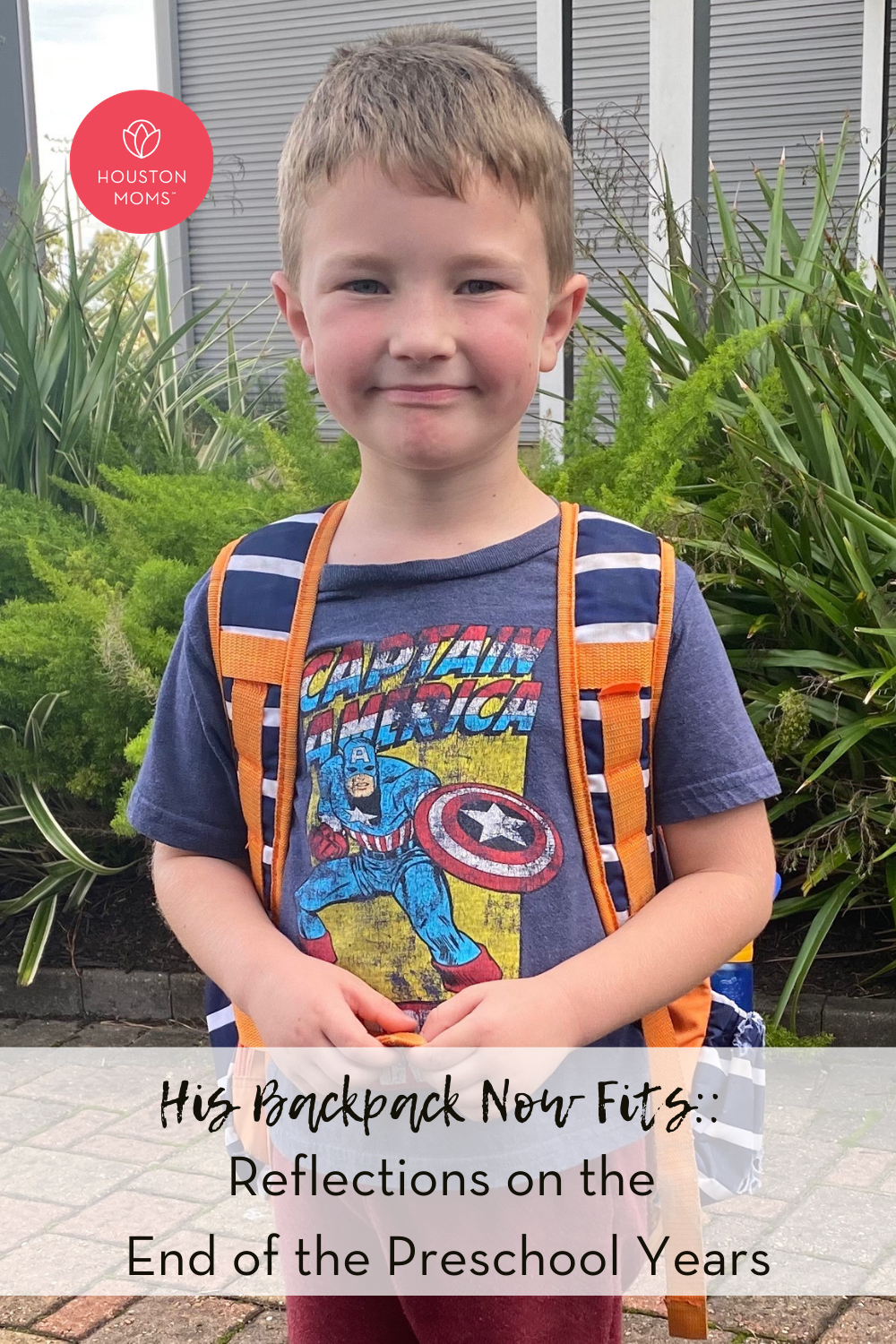