Houston, you spoke and we read!  The first book for HMB’s Book Club was chosen by you as The One and Only by Emily Giffin.  I hope you’ve all had time to finish it up…because it’s time for reviews!  Bre’onna and Heather will share their thoughts, and it’s your chance to comment below and let us know what you really think. 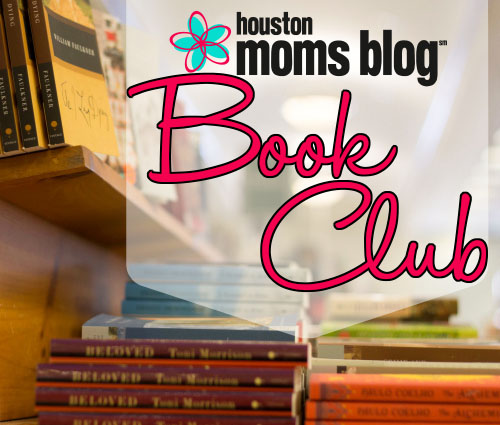 First things first – I love Emily Giffin.  The Something Borrowed/Something Blue series is still one of my favorites.  I couldn’t be more excited that Ms. Giffin is currently in Hollywood writing the script for the movie version of Something Blue.  But…

I hated The One and Only.  I had such high hopes with it being based in Texas and focusing on football, but it fell flat for me.  I had trouble connecting with the main character, Shea Rigsby.  I felt her obsession with Coach Clive Carr was a little much in the beginning, and I tried to appreciate her attempts to help him in the wake of his wife’s death.  But it quickly crossed the line from obsession to just plain creepy.

By the time we learned that Coach Carr was the closest thing Shea had as a father figure growing up – and now she’s falling in love with him – my skin was crawling.  I was desperately hoping Shea would voluntarily place herself in counseling to work through that issue then fall in love with someone who wasn’t a parental figure, but no such luck.  Oh, and it gets better.  Coach Carr loves her too.  And you expect me to believe that Coach Carr’s daughter {Shea’s best friend} gives them her blessing?  No. No. No.

As an Emily Giffin fan, I’m sad to say this – on my own official rating system…

The One and Only gets 5 dirty diapers.

Ditto on the 5 dirty diapers.

I too love Emily Giffin and was ready for The One and Only because, Texas.  I was happy that this was on the Kindle because if I read the hardcover I wouldn’t have even come close to finishing after looking at the mountain of paper before me.  However, I flew through this book mostly just hoping that it would get better.

There was so little going on in this story for it to be so long.  Shea was boring.  I’m all for the 30-somethings that do not have it all together.  That is real life. But to have absolutely no other friends and no other interest besides football and Coach Carr?  The bit about her father and his other family had lots of possibilities.  She got a job at a good newspaper.  There could have been more about her writing.  She lived in Dallas.  As a Houstonian, I am totally against all things Dallas – but come on.  She could have done ANYTHING but either be sniffing after Coach Carr or at Ryan’s fabulous house.  Why was her mother so mean?  Why was her best friend/Coach Carr’s daughter Lucy such a bad friend?  Since childhood?!

But I was not bothered by the relationship with Coach Carr.  I mean. yes it is taboo or whatever, but I could see why Shea would go for him.  And that was fine.  It didn’t have to be so drawn out.  All they had was football though.  Fiction or no, that can’t be a good relationship.  Maybe they should have gotten together sooner and a lot of the book be about the fallout because of it?

Oh, and how cliche was the football championship ending?!

This was by far Emily’s worst book.  I won’t completely write her off or anything, but the next one needs to be way better. WAY BETTER!

Chime in, Houston!  What are your thoughts on The One and Only?

Once you’ve shared your thoughts in the comments below, take a minute to vote for July’s book club read!  Once again – we’re letting you, the Houston Moms Blog readers, decide what our next book will be.  Check out the books by clicking on the Goodread’s links, then be sure to vote below!

The Smart One by Jennifer Close. Fiction. 340 pages.

We’re going to leave voting open for a week.  Then, we’ll announce the book and give you about a month to read it!  Don’t worry, we’ll check in from time to time to make sure you’re on track.  Then Heather and Bre will post their feelings and open up the discussion!

You can connect with the HMB book club at any time! 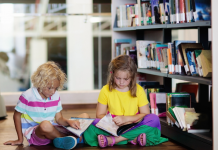 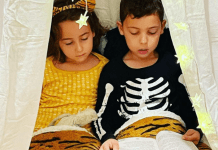 Creating a Reading Safe Haven for our Kids