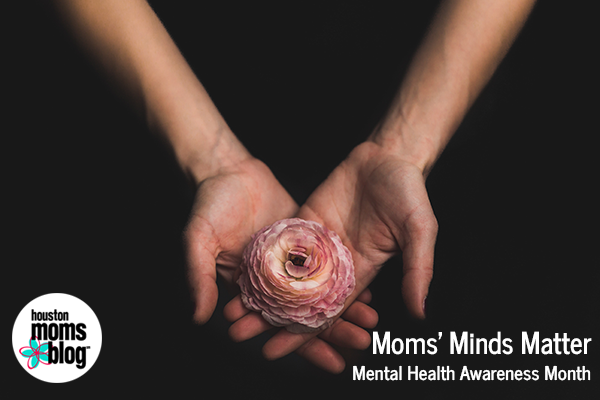 Depression is a very near and dear subject to my heart. I’ve watched various loved ones struggle day in and day out with deep despair. For some, it means that they’ve taken their lives. Others have attempted, and yet, others feel entirely different affects. Some find they cannot get motivated to accomplish basic, daily tasks. Getting out of bed has proven quite the challenge. Some over eat and others starve themselves. Sleep seems to be factored in all of this, or the lack thereof. Some are crippled by their sadness.

Depression takes on so many different forms.

What one struggles with, the other might not even notice. However, if you’ve ever treaded in these deep waters, you know how you felt. You know how lonely it can be. You know the shame that is felt first, because you are part of this “fake illness” with so much stigma around it. You can start to see the signs around you, if you watch and pay attention to your friends, family, or co-workers.

My first glimpse of depression came from observing family members. I saw extreme depression, with suicidal tendencies. Because I saw that at such a young age, I assumed that that behavior equated to depression. I didn’t realize how many other types or ways it could manifest itself.

After having my second child, I held a playgroup at my home. Unlike my typical behavior or patterns, the house was thrashed. I had not showered in a few days. My hair was still matted to my head when my company arrived, breakfast remains were scattered and smashed on the floor, table, and wall. I had not bothered to pick up anything in our apartment. Even though it was the hostess’s job to provide snacks, I had nothing for my guests. Additionally, David lay in his crib in a soiled diaper, and Matthew was throwing a tantrum on the ground.

It became very apparent that something was amiss and my best friend and husband intervened. Even my mother interjected, though miles and miles away, at the apathy she could sense over the phone.

The second time I experienced postpartum happened after my fourth baby. I felt overwhelmed by everything and the “blah-ness” came back. This time, I recognized that I needed help.

The third time—yes, the third—came after I had emergency surgery in 2016. I had felt for some time that my hormones were off. Shortly after speaking to my doctor about that, my instincts were confirmed, as I almost bled to death. My hormones did not magically get better after the surgery. I was a hot mess. During my post-op, my doctor revealed some troubling news :: I would need further surgery, in the form of a hysterectomy, because of a disease that I had.

No sooner he made the diagnosis and scheduled the surgery, and I lost it. I mean LOST it. The five weeks that followed, before my hysterectomy, I think I cried the entire time. I cried if I was upset or worried or mad or afraid or happy. Mostly, though, I just felt sad. I felt like a failure. As a little girl, I had all of these plans to have a large family. Instead, only three of my children lived, and our baby girl died. This meant that I could not get pregnant again. I could not bring Rachel back—which was impossible, even without the removal of my uterus. It meant finally mourning her death, after seven years. It meant closing a chapter of my life and giving away the last of my baby gear, which I had held onto, secretly wishing I could have more children.

This depression lasted a long time. It was very blue and very dark. I found it hard to sleep, to function, to cope.

There are definitely some key things that helped me overcome my depression.

First, my closest associates {i.e. my husband, best friend, mother} had the courage to speak to me about it. They didn’t speak to me in a condescending way. Instead, they showed me love. They let me know they were truly concerned about my emotional well-being and they encouraged me to get help. Now, that doesn’t mean that my feelings weren’t hurt, because they were. I felt a bit betrayed, like they all ganged up on me. In the end, though, it’s what initiated the process of healing.

Getting help was a bit humbling. I had to overcome my pride. That meant letting go of all of the things I had heard about depression. We all know about those stigmas :: “If you just tried harder, you could be happy,” “It’s all in your head,” “It’s made up,” “It’s a sign of weakness,” and more. I decided that giving into other people’s opinions only hurt myself and my family. Clearly, I needed help, because I had little people I had to take care of and that meant taking care of myself. I started with my OBGYN for the postpartum depressions I experienced. Then, when I went through the other depression, I sought out the services of a psychiatrist.

This meant taking medicine and taking it consistently over a stretched out period of time. Doing so changed my thinking of the stigma about medicine for mental health. If you had cancer, you would go to your infusion appointments and take your chemo. If you had diabetes, you would take your insulin and manage your sugars. The same goes for sinus infections and high cholesterol. Why is it any different with depression? Sometimes the only way chemical imbalances can be fixed is by taken medicine to increase/balance your serotonin and dopamine deficiencies.

Additionally, I began going to grief counseling. This was really scary for me, in confronting my daughter’s passing. I felt like I was opening Pandora’s box and I had no idea if I would survive what lay ahead. How would I express the feelings that I felt about her death? How would I handle the swells of grief? They were large at hand and it meant being the most vulnerable I had ever felt. It meant sharing things that no one else knew. Some days I felt fine and I could talk about her. Other days, the grief was suffocating and it was hard to breath. My company had counseling services I could do over the phone inside my house. It meant committing to two nights a week for an hour at a time, but I have to say that it helped. It helped to speak to someone and it helped me deal with the feelings as they came.

Exercise played a part in my healing. All of those things they teach us about the endorphins in your brain changing when you exercise are true. Even if it was a mere 30 minutes, it helped me gather my thoughts, while also experiencing the natural effects of sweating it out.

Writing offered great and inexpensive therapy for me. It afforded me the opportunity to collect my thoughts and take self-introspection on a regular basis. I could evaluate where I was on my path and where I wanted to go.

Painting allowed for a creative outlet. I could escape and get lost in the strokes, as I had control over something. Plus, it brought me great joy to adorn the canvas with vibrant colors of my choosing.

Sometimes when I was stuck in a rut, I also focused on serving others. This is a great tool, because it makes you grateful for your problems, but it also allows you to forget yourself. When I felt my lowest, I baked cupcakes for the neighbors, or offered to babysit for another mom that I knew was in the trenches.

Last, as much as I hate this one, I played the “fake it ‘til you make it” card. It feels like a chore at first, but soon, you will find yourself smiling for no reason. You will see that you are no longer living in limbo, and have officially crossed over into the happiness side.

It sucks. I hate everything about it, but I’m grateful for the opportunity I had to experience it. Now, I have more empathy for others trudging that path. When I recognize the signs in my friends, I pledge my support. Also, it makes me appreciate happiness and the good things in my life.

If you’re forging that path right now, keep your chin up. Reach out to your loved ones, and seek out the help that you need.

I know that as real and dark and challenging and all of the terrible things that it is, it can be overcome. It will not last forever. There is always the promise of a new dawn and a new day, springing forth in sunshine. 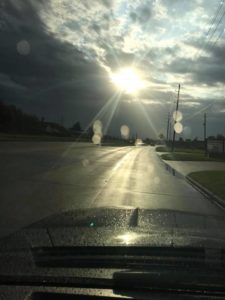