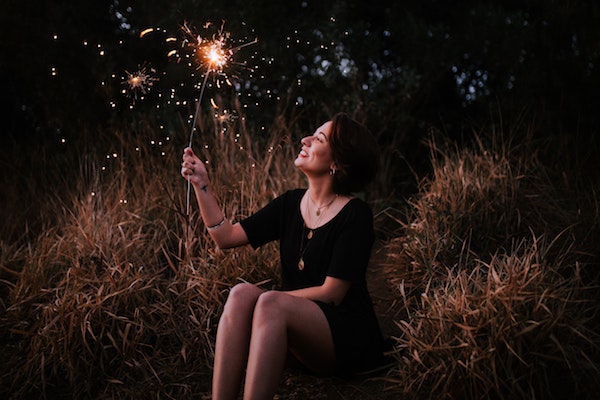 By now most everyone has Marie Kondo’d some aspect of their house. You’ve likely spent time under a pile of clothing mumbling “Do you or do you not spark joy?!” If you’re in a Spring Cleaning mood, how about tackling another kind of clutter?  There’s the stuff that accumulates in our homes, and then there’s the stuff that accumulates in our lives. Could it be time to Konmari the latter?

When I ask someone how they’re doing, they often reply with just one word:: busy. There may be a bunch of practical remedies you can implement to squeeze time out of your day, but I think the real problem with being overly occupied is actually due to the condition of our hearts.

We are conditioned to want more, to do more, and to be more. I constantly battle falling into this trap, but I know there is no peace and rest in this kind of approach to life. Instead of “does it spark joy?”, I ask myself other questions when I’m struggling with a decision that adds one more “thing” into my life.

1) Am I doing this because of FOMO {fear of missing out}? If so, I need to remind myself that my value does not come from being seen in the right places. There are no extra points in life for packing in the activities or attending every event that comes up on our radar. It’s OK to miss out! We can say “Pass” and the world won’t implode. This goes for the decisions we make for our children as well. Are they enjoying the activity you’ve enrolled them in? Are you? If the answer is “No” to both questions {or even to one}, then why are you doing it? What is the end game?

I had to confront these questions earlier this school year with my older son. My 9-year old has been part of our church’s Wednesday night children’s choir for years. Earlier this school year, he told me that he just didn’t want to do it anymore. He said he didn’t really like standing in front of people to perform. For the next month or so he would whine every Wednesday and I would insist that he “give it another chance”. I just didn’t want him to miss out on an opportunity to perform and shine. Every week was a battle and I finally realized that it was my own FOMO keeping him in an activity that brought him no joy. So, we Marie Kondo’d choir out of his life, and his constant complaints about it out of mine. Win! It also turns out that baseball practice {which he actually enjoys} is now on Wednesday nights this year, making the decision even easier.

2) Am I doing this only because I feel guilty? I had never seen a Sign Up Genius with so many different tabs until my oldest started Kindergarten several years ago. There were 14 tabs that year. Each tab represented a different area of volunteer opportunities at his school. And within each tab there were often different roles as well. I went berserk that first year and found myself trying to find childcare for my other kids just so that I can stuff folders. What was I thinking?? There were so many tabs and so many open slots that I felt compelled to fill them in.  This post would have been helpful then. I wanted to volunteer, but I actually did not have the capacity without feeling stressed about making it work. It was simply irrational guilt that I could not recognize. Now I know, if you don’t have the time, you don’t have the time.

3) Am I doing this because I can’t let go? Lots of women find it difficult to ask for help, even in the little things. We are often under the assumption that we need do it all, and all by ourselves. Pinterest hasn’t helped us feel better about keeping things simple, but you know what? Even Pinterest points you to places like Etsy where you can outsource!

If there is something you’re gripping too tightly because you care too much what people think, let it go. Life’s too short. Maybe you need to re-evaluate a title you’re holding, a toxic or distracting relationship, or certain areas of Momming that just constantly do you in. 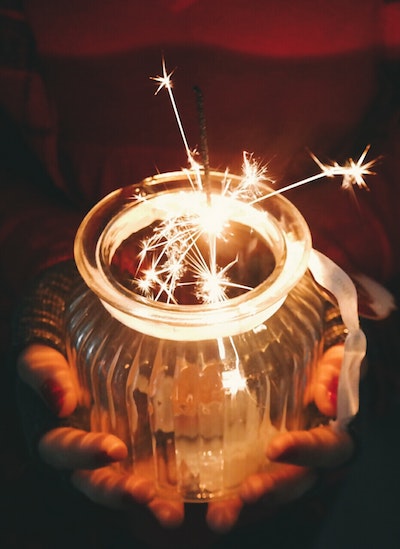 I used to take my two elementary-aged kids to school in the mornings. I am NOT a morning person, which makes me NOT a good mother before 7:30 AM. I am grumpy with the kids and it made me really sad when I would get upset at them right before they had to face the world. It would honestly ruin my day. When my husband offered to drop them off, I resisted for a while. I was holding on to the myth that to be a good mother, you need to carry as much of the load as you can. He kept insisting that it was fine and that it would fit into his morning routine. So, this entire school year I only have to take the kids when he has his regular early morning Men’s Bible Studies or special meetings. What a relief! It has actually made those mornings seem special for the three of us now.

You know the best part about Marie Kondo-ing our lives? We end up with wiggle room in our mental and emotional spaces so that we can be available for other people. And just like de-cluttering a house, we get to make room for the sparklier things that really matter. I think Marie would approve. 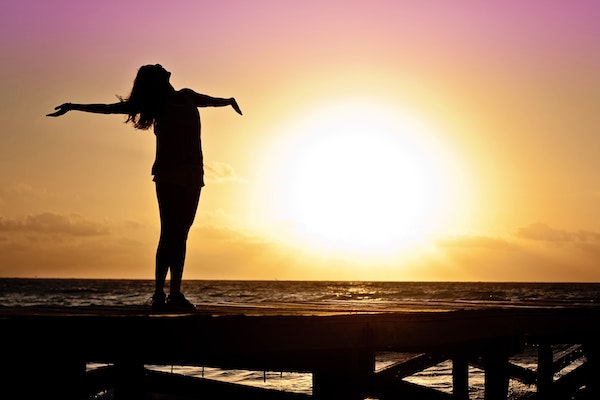 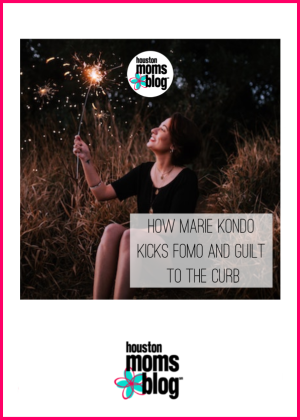