We are thankful to be partnering with YourMechanic to bring you this sponsored post. If you’re in the market for a new car, we hope these tips and the promo code below will prove valuable to you too!

It’s estimated that as many as half a million cars were flooded during Hurricane Harvey. Some of these cars were declared totaled and hauled off to junk yards as you’d expect — but not all. Inevitably, insurance and auction representatives were processing vehicles for resale, just shortly after the hurricane.

Flood damaged cars raise a lot of questions from both owners and used car buyers…. Owners of flood damaged cars want to know what to do with their vehicle. While on the other hand, used car buyers want to know how to spot and avoid a flood damaged vehicle. No matter which side of the fence you’re on, it’s good to know the answers. So we’re teaming up with YourMechanic, our favorite Mobile Mechanic service for us busy, on-the-go moms, and their experienced, ASE-certified mechanic for those answers. 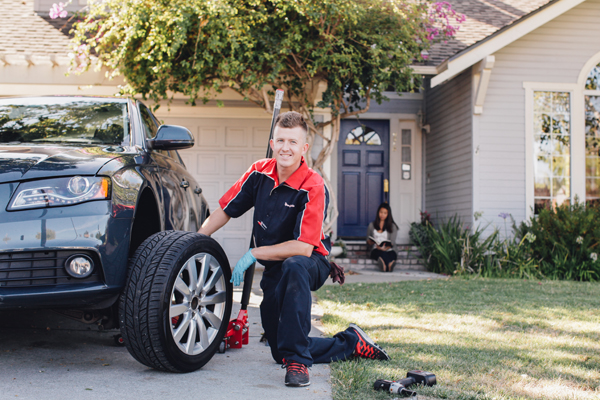 What happens to a flood damaged car?

There are two types of flood damage: fresh water and salt water. Obviously, salt water is more damaging, as it leads to extensive rust and corrosion. But both can cripple a vehicle, especially if the vehicle has been completely submerged under water.

Basically, when a vehicle is submerged in water, every part of it is compromised.

Although a flood damage car can be repaired {anything can be fixed with enough effort}, it will most likely never be the same again.

Should you buy a reconditioned flood car?

You hear of people flipping flood cars online, surely you can too. No – don’t do it. Flood damaged cars may have been reconditioned to look nice, but that’s just putting lipstick on a pig. Flooded vehicles have hidden damage that even the best mechanics can’t find. These hidden problems can haunt you and your vehicle for years to come.

How do you check for water damage?

By law, flood-damaged vehicles are required wear the scarlet letter ‘flooded’ on their title. But, of course, there are unscrupulous individuals pawning off flooded cars on unassuming buyers. According to NADA, this is what to look for when you suspect a car may have flood damage.

Above all else, hiring an inspection agency is the absolute best way to check for flood damage. Pre-purchase inspectors have years’ worth of experience and can eliminate the guessing game for you. 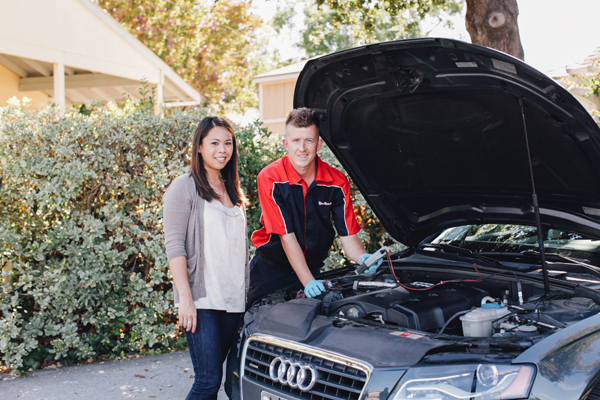 If you’re in the market for a new or used car, we cannot recommend YourMechanic enough.  Committed to helping Houstonians avoid purchasing a flooded vehicle, YourMechanic will send one of their professional mechanics TO YOU — whether it be a home, office, or dealership — to perform their 150-point Pre-Purchase Inspection.  {To get the FULL scoop on all that this entails, the details and perks of their Pre-Purchase Inspections can be found here.} Knowing the financial struggles that many Houstonians are facing with the aftermath of Hurricane Harvey, YourMechanic is also offering a special promo code to make this cautionary step affordable for everyone too…

Use Promo Code HOUSTONPPI to receive a 20% discount on YourMechanic’s pre-purchase inspection.

{Offer is valid until November 13, 2017  for all customers in Houston and the surrounding areas.}