Behind California, Texas has the highest numbers of victims of human trafficking in the nation. In a recent article published by the Houston Chronicle, it was reported that the most accurate study comes out of the University of Texas at Austin, “which estimated that there are 310,000 victims of human trafficking at any given moment in the state. Most are victims of labor trafficking, 234,500, while 79,000 are minors and youth in sex trafficking.” Studies are difficult to obtain complete numbers due to the nature of the illegality and the lack of victims coming forward to report. 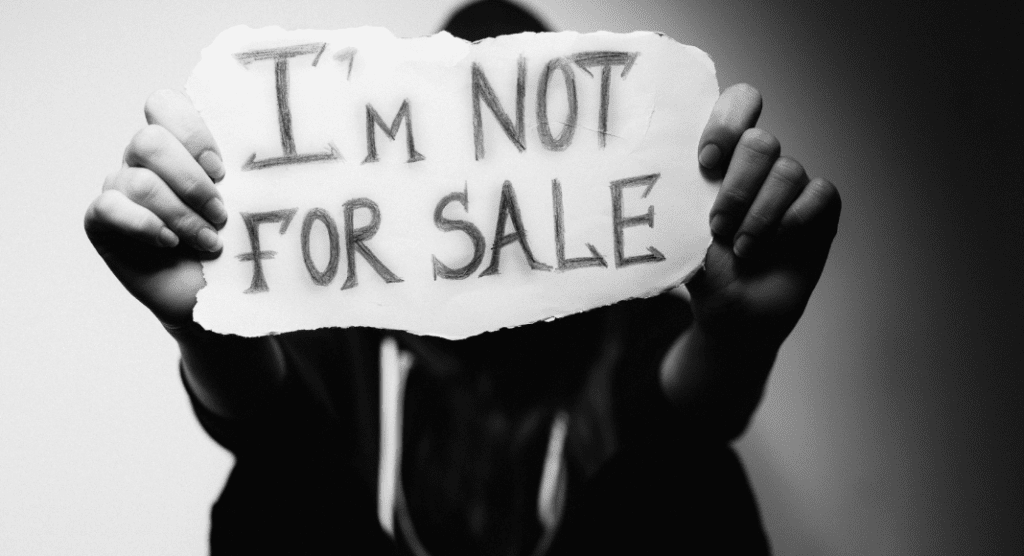 It is extremely important not to shrug off human trafficking as something that cannot happen to your child, or at your school, or in your neighborhood. While there are some risk factors, which I will talk more about below, this can happen. And with Houston being the second largest human trafficking city in the nation, there is a need to be vigilant and learn more about how to talk to our children and keep them safe. These trafficking rings use psychologically manipulating tactics and infiltrate themselves even into the middle and high schools. In my clinical experience, I can tell you that these human sex trafficking operations have children working to solicit other children very innocently at first, which then turns into something the child cannot get out of because they may now “owe” the leader something or they have been exploited in a way they feel they cannot return to you as their parents. This KHOU video and article on Human Trafficking Routinely Happens in Plain Sight:: Parents are Missing the Signs, does a great job on explaining some of the breakdown of these behaviors.

Let’s look at some of the definitions a little more closely::

What is Human Trafficking?

What is Labor Trafficking?

Labor Trafficking is “the recruitment, harboring, transportation, provision, or obtaining of a person of a person for labor or services, through the use of force, fraud, or coercion for the purpose of subjection to involuntary servitude, peonage, debt bondage, or slavery” (The Trafficking Victims Protection Act, 2000).

What is Sex Trafficking?

The Trafficking Victims Protection Act (TVPA) defines sex trafficking as “the recruitment, harboring, transportation, provision, or obtaining of a person for the purpose of a commercial sex act, in which the commercial sex act is induce by force, fraud, or coercion or in which the person induced to perform such act has not attained 18 years of age.” They further go on to define that the term “commercial sex act” is an any exchange of value between two individuals.

Polaris Project is a nation-wide non-profit organization which estimates that there are 25 million people trafficked worldwide. They also do a great job at breaking down who is most vulnerable. While technically anyone can be trafficked, the LGBTQ+ and BIPOC communities are targeted the most. “That’s not a coincidence. Generational trauma, historic oppression, discrimination and other societal factors and inequities create community-wide vulnerabilities. Traffickers recognize and take advantage of people who are vulnerable in certain ways.”

Other Situations That Put People at Risk::

It’s Always a Violent Crime- Most people think that human trafficking is some form of violent or physical force or kidnapping. However, most of the time there is a huge psychological component where the victim is manipulated or threatened into the sexual or labor trafficking.

Traffickers Target People They Don’t Know- Unfortunately, not true. Many victims who are survivors report that they were trafficked by a romantic partner, parent, spouse or family member.

Resources To Educate Yourself and Your Kids::

How to Talk to Your Kids About Human Trafficking

Conversations with My Daughter About Human Trafficking

Chatting with Kids About Being Online

A21 is a wonderful non-profit that their mission is to end modern day slavery. They have many amazing resources, one of which is the Can You See Me? Campaign. You can click on various scenarios and learn about indicators of modern slavery, labor, and human trafficking.

Polaris 20 Actions for 2020:: While we have FINALLY entered into 2021, this list Polaris Project put together has some great ideas for getting involved, learning more and even volunteering if this topic sparked some interest for you.

Houston Rescue and Restore Coalition:: For the entire month of January, starting on January 5th, the City of Houston’s Office of Human Trafficking and Domestic Violence has some amazing events planned. From Reiki to Racial Justice to Guides for Parents and Students, there is so much great information packed into this month.

If You Or Someone You Know Needs Help Or Suspects Trafficking Please Contact:

In Houston HPD has a Vice Division:: You can report a tip to the Houston Police Department’s Human Trafficking Unit by calling the Vice Division at (713) 308-8600. If you believe someone may be in imminent danger, contact 911. 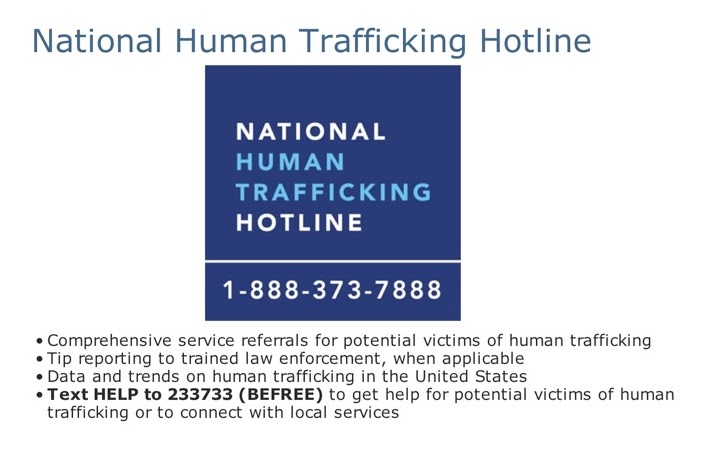 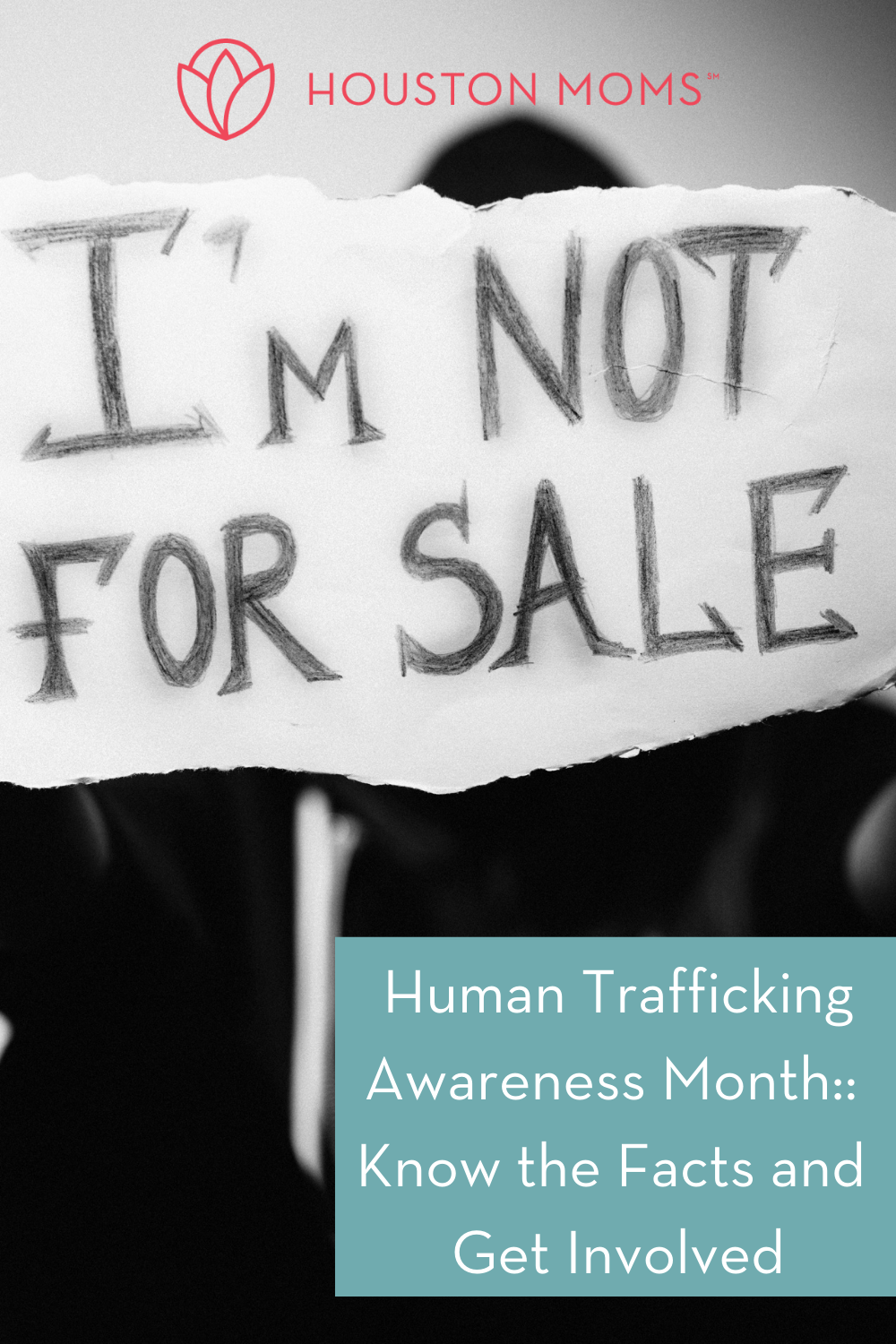 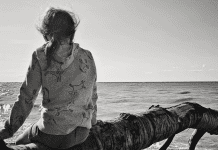 Houston, We Have A Human Trafficking Problem

The Conversation You NEED to Have with Your Kids TODAY