If I Had A Dollar…

When I’m a parent, I’ll never let my child scream like that in the store.

When I’m a parent, I’ll never have a 3 year old who isn’t potty trained.

When I’m a parent, I’ll never let my child watch TV all day.

When I’m a parent, I’ll never need a sleep consultant.

{Spoiler:: I’ve done all of these things since becoming a parent.}

If I had a dollar for every time I thought or said one of those ridiculous things prior to having children, I’d be swimming in cash like Scrooge McDuck.

We all have thought something along these lines, right? I had such an idyllic view of what parenthood would be like. And each time I saw a parent or a child who didn’t match up to my vision, I’d brush away the offending image and scoff. I obviously knew better.

I’ll pause here for every Southern mama to press a hand to her chest and utter, bless your heart!

When Parenting Doesn’t Match Your Expectations

Suffice it to say, since becoming a mom, I have had to eat those words several times over, and they were definitely bitter going down. I think the hardest blow to my vision of motherhood was my first child’s lack of sleep. I know. I KNOW. People warned me. I mean, that’s the number one thing people warn you about right before you have your baby, right? Be prepared to never sleep.

Spoiler:: there’s no way to physically prepare for that lack of sleep. You have to experience it for yourself. In hindsight though, even though I struggled with my son’s erratic sleeping hours at first, he really was just a normal newborn baby, and I eventually found a rhythm with him that worked for us. He would sleep anywhere, and he was extremely flexible regarding when he went to bed and woke up. I’m a laid back, go with the flow kind of woman {enneagram 9 here}, and my son fit right in with my personality.

When my second child was born, I thought I had hit the baby jackpot. I uttered the phrase, “I’m ruined for all other future children” so many times. You see, Charlie slept for 6 hour stretches after a week. The first time she slept for 10 hours straight, at about 3 weeks, I woke up in a panic. She napped during the day like a champ, easily transitioning from my arms to her bassinet. The whole experience felt very surreal. However, I soon got used to her rhythm, and I thanked the good Lord for such an easygoing baby.

Well, obviously Charlie heard me exclaim over the unusual nature of her sleeping habits, and thought Oh, babies aren’t supposed to do that? Okay. I won’t. Because at 5 months, my daughter decided that sleeping was stupid, and she wasn’t going to do it anymore. She woke up every hour and would only go back to sleep if I nursed her. After a solid month of this nonsense, I gave in and brought her in our bed. That worked, for a while. During the day, she only napped if I held her. This arrangement did not go over well with my son, who constantly demanded that I play with him. And eventually, co-sleeping didn’t work either, and she was back to waking up to nurse every hour or two.

Our collective lack of sleep + lack of grandparent help due to COVID = a perfect storm of problems that I just could not seem to solve. I tried all of the things that worked with my son, but my daughter is a completely different child. And after 6 straight months of this struggle, I got desperate and hired a sleep consultant. And let me tell you, the only thing I regret about my decision to hire her, is the fact that I did not do it sooner.

Don’t Be Afraid to Ask for Help

From my first sleep consultant phone conversation with her, I began to breathe a little easier. I filled out a questionnaire that helped her get to know our family and its dynamic a little better, which in turn, helped her make a customized plan for my daughter. She then came to my house to meet Charlie and go over her plan, in detail, with me. She had a plan for every scenario, instructions for every hiccup. All of the information was written down, organized and arranged for easy access. She created a shared document for me to catalog Charlie’s sleeping and awake times. Rather than feel overwhelmed by the amount of information, I felt confident and empowered that we could do this.

And we did. The first few days were a bit rough. We persevered though, and we followed our instructions to the letter. Thanks to our shared sleep log, our sleep consultant was able to tweak things here and there. For example, Charlie seemed to struggle with falling asleep at naptime the first week, so our consultant adjusted her awake times by about 30 minutes, and bam, Charlie fell asleep with much less fuss, and more importantly, stayed asleep! Decision fatigue is a real thing, and when I already have to think about and decide 100 other things during the day, it was a treat not having to think about a solution. I just had to follow the formula.

Our sleep consultant was involved every step of the way. She called me the morning before we started Charlie’s first solo nap to encourage me and answer any last minute questions. She texted me throughout the week, praising Charlie’s successes and commiserating with me over a rough nap day. And she never pushed me to do something for which I wasn’t ready. I didn’t want to let Charlie cry for very long; she adjusted my check in times. I didn’t want to breastfeed less; she included plenty of nursing times outside of the sleeping routine windows. She was encouraging and positive, without being pushy.

After a week, Charlie was sleeping 12 hours straight without waking to nurse. After two weeks, she took two naps a day, in her crib. It turns out, while my firstborn was happy to go with the flow, my daughter likes, nay, needs a schedule. And once we found the right one, she was happy to follow it.

And I was never so happy for our established sleeping routine than when we had a pipe burst during the recent winter storm, and we moved in with my husband’s parents for a week. Before, the change in environment would have thrown Charlie, and I would have spent the week {more} miserable and exhausted. But after the first night, she slipped right back into her new sleeping habits.

If I Had A Dollar…

So, I guess if I really had a dollar for every time I thought about the things I’d never do as a parent, I’d purchase endless Starbucks gift cards {or maybe Spec’s}. And then I’d hand them out to every desperate mama trying to wrangle a kid throwing a tantrum in public. I’d pass them out to every embarrassed mama who feels judged for handing their kid an iPad, just to get a moment of peace. I’d slip them to every exhausted mama walking around in a daze from weeks on end without sleep. And I’d look at each of them and say, 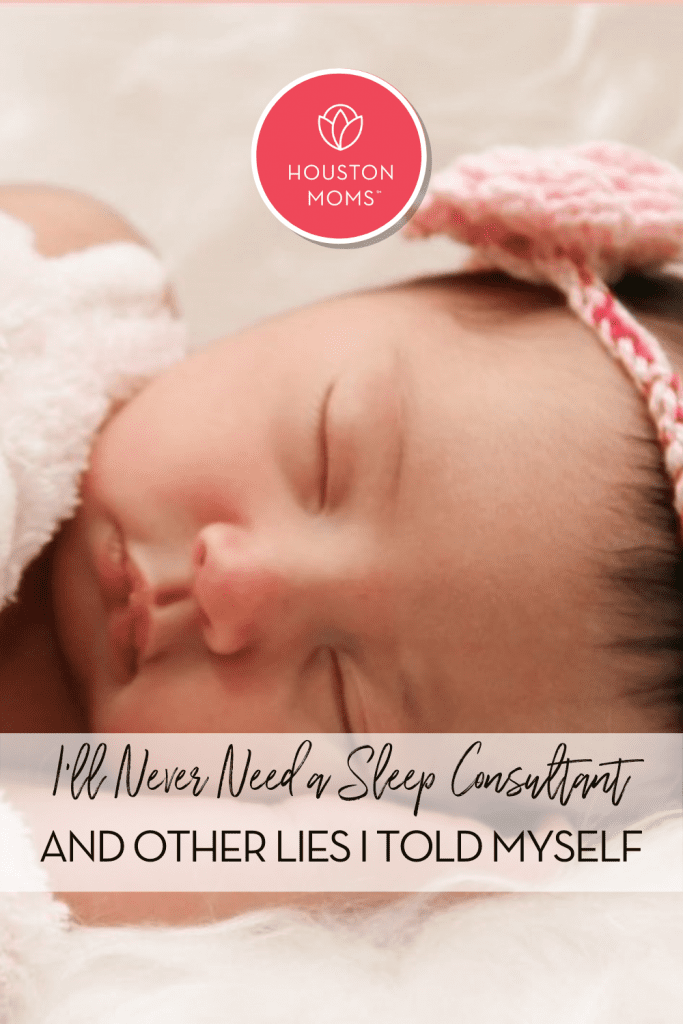 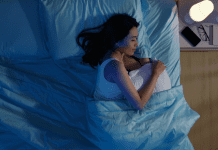 A Celebration of Sleep 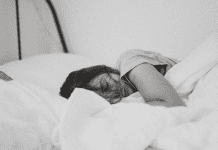