There was a time when I did everything right when it came to the whole baby-feeding thing. I would keep track of how many ounces she ate per feeding, per day. I would buy the expensive ready-to-feed formula because it seemed as though it went down smoother. I would heat the bottles to the perfect temperature. I had that feeding schedule down pat. It was a rough start and took a few different types of formula {I couldn’t breastfeed due to health reasons, but that’s another story for another post!}, but once we got it all figured out, I was a pro. We fed in a quiet, dark room and rarely in public. I introduced solids by strictly adhering to the method and schedule my pediatrician provided. I bought organic baby food, made sure she had variety in her diet, and didn’t feed her anything before the suggested age my pediatrician recommended. Man, what a great eater I had. 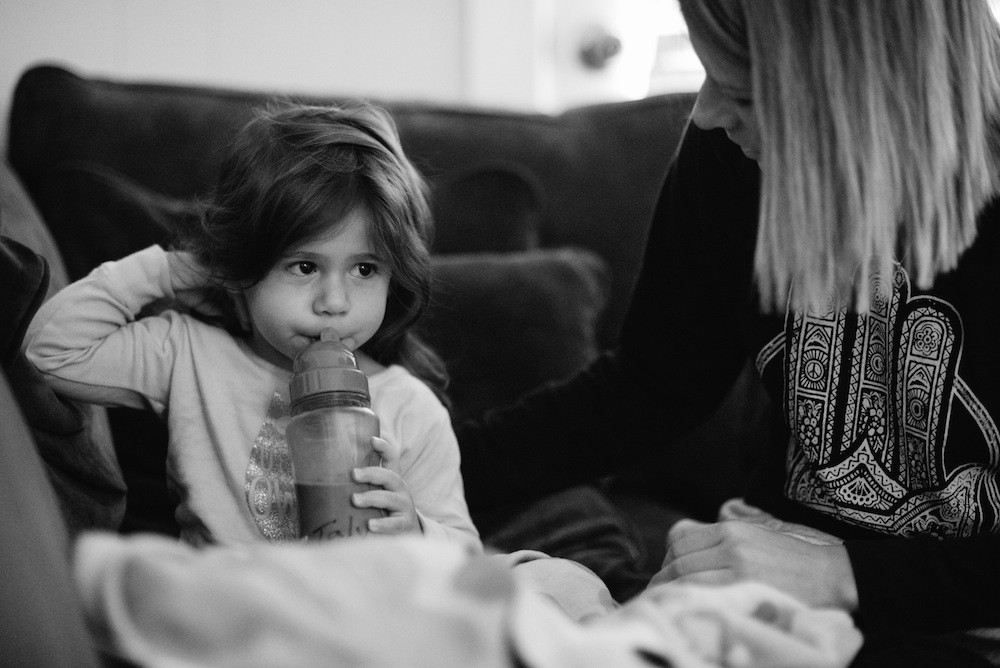 And then, that baby turned into a toddler.

Now, I’m doing it all wrong…and you know what? I don’t care!

The first way I am doing this whole toddler-eating thing wrong is the fact that my daughter eats some sort of chicken for at least one meal a day, more like two if I’m being honest. Every day. She doesn’t particularly like other types meat, with the exception of the occasional hot dog, deli turkey, or sliced salami I can sneak in.

Reason number two I’m doing it all wrong? I cut my daughter’s food, and for the most part, I still feed her – despite the fact that she is almost three. This has earned me plenty of dirty looks at birthday parties, but I’ve learned to have pretty thick skin when it comes to other’s opinions about my parenting choices. I know while she is at school, she happily feeds herself lunch. But at home, I tend to make meal time a little easier for her. My bad for making life too easy for my daughter. I already ruined her according to many “parenting experts” for holding her all the time when she was an infant, right?

And wait, there’s more. Sometimes, she even walks around, and I chase her with the fork. She’s been dubbed a “moving target.” My thought process is that she won’t always need to move around to eat, and I’d rather her eat and have a full stomach, than not. In restaurants or longer dinners, we have been known to put a phone or iPad in front of her so she is distracted just long enough to eat. I am sure many would disagree with these practices, but my daughter is gaining and growing. Isn’t that what you aim for?

While it may not seem like it, she eats a variety of fruits, an occasional vegetable {french fries count, right?}, dairy {more than just ice cream!}, and loves fresh juice. I’ve come to accept that what goes into her body is more important than how it actually gets there, so until I feel she is capable of eating enough and a good mix, I’ll continue to feed her, distract her to get her to eat, and even chase her with a fork.

It works for now, and that’s all I need to know!

Can you relate? Read about how I’m doing toddler sleep all wrong too!