It was a dark and stormy morning … of course. A perfect start to my son’s first day of kindergarten. At least the weather matched my mood. I dutifully loaded my sweet boy into the car in what seemed to me to be such a formal little uniform for a five-year-old, and we drove the 7/10 of a mile to school.

Since it was the first day, the place was packed, and we ended up in the alternate “Alternate Parking” lot {yep, you read that correctly!}. The combination of distance and weather made for an especially difficult transition. But umbrella in one hand, I was thankful to be gripping his little fingers in my other, his hand jutting out from the sleeve of his dinosaur raincoat.

I was tired. I had not slept much the night before as I have just been dreading this day. Images of his previous “First Days” had flipped through my mind, each year of preschool flashing as I wondered where the time had gone. I tried to prepare myself for what my days would be like without him by picturing our new routine and consoling myself with thoughts of how I could get everything done while he was in school – so I could focus solely on the kids when they got home. Telling myself that making new memories with my daughter would help heal the sadness of having so much less time with my middle child.

We walked down the hallway to his classroom, neither of us saying much, and entered the brightly decorated kindergarten class. I could feel my stomach begin to twist as I knew that the time when I’d have to say goodbye was quickly approaching. That goodbye would be a big step, a threshold that could never be uncrossed. It would mark the expansion of his tiny world and the end of spending his days at the zoo and the playground and goofing around with Mommy and his little sister.

We took a quick photo together, and then, as directed by his new teacher {the new woman in his life so to speak}, he picked up his four sheets of paper and sat down at the desk that had his name on it. 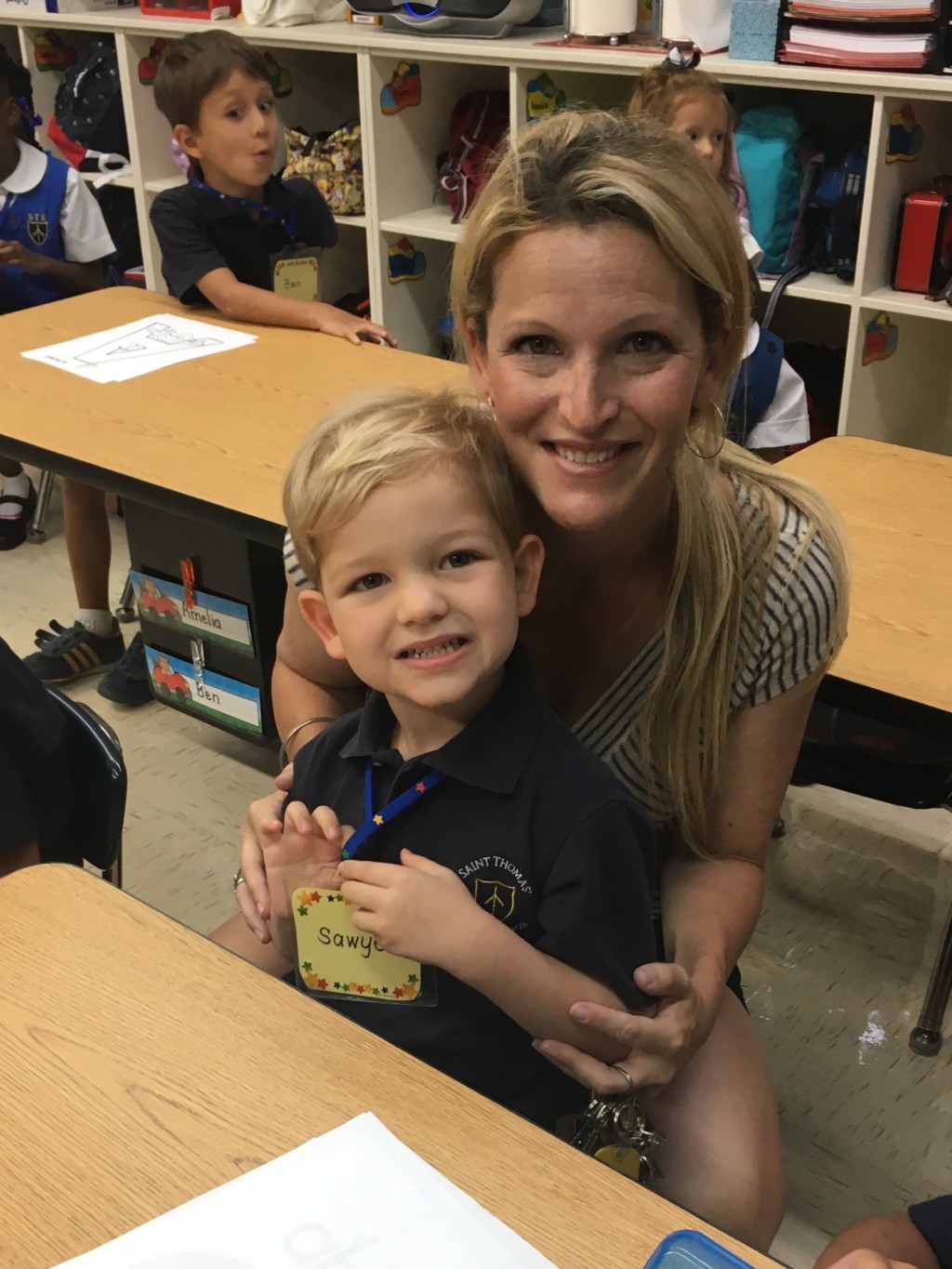 After asking for a little help with one of the connect the dot activities, he buried his head in his work and didn’t look up.

I took that as my cue.

I may not be ready; let’s face it, I would never be ready. But he was.  The time had come. The day I had been dreading for years was here.  I gave him one last hug and a kiss on the forehead and walked out the door, leaving my heart sitting at a little wooden desk… 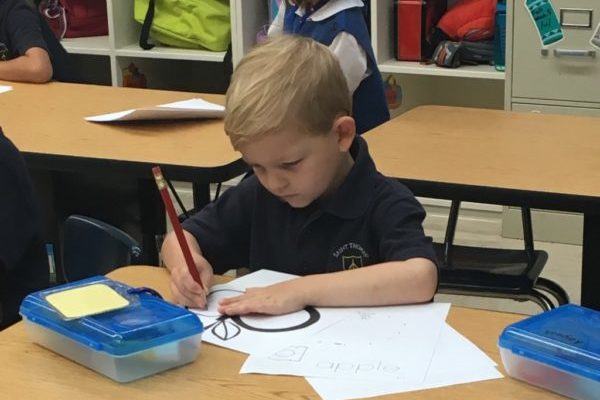