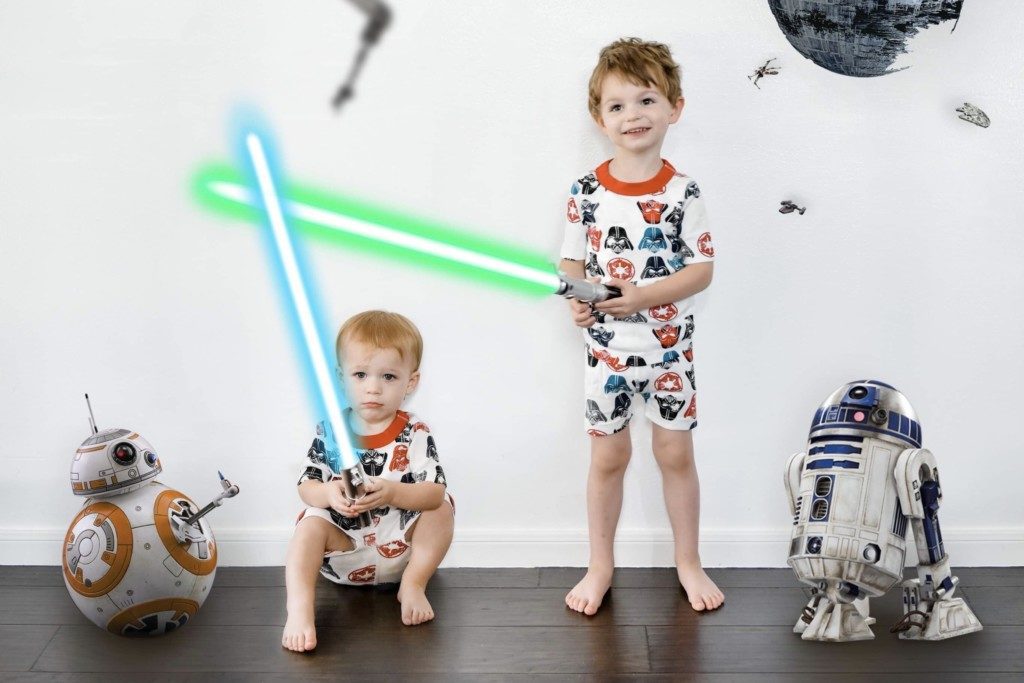 A long time ago in a galaxy far, far away, a little girl plopped down between her parents on a rainy, Saturday afternoon and was introduced to a world of Stormtroopers, Wookies and droids. Being a mere eight years old, I probably wouldn’t remember the movies in much detail were it not for the many {many} subsequent viewings, but I vividly recall my dad explaining the science behind lightsabers and my mom expounding on why Princess Leia was a boss. It’s one of those favorite family memories that sears into your brain and stamps itself on the very blueprint of your childhood.

You see, they felt particularly excited to show me – their only offspring – the original trilogy in large part because it was something they’d watched together before I was born. As a young, childless couple they’d trekked to the theaters for multiple screenings and now wanted to share this mesmerizing space opera with their young daughter. Star Wars became a gateway to the science fiction genre they so loved and instilled in me the same enthusiasm for light speed travel and galactic empires; an enthusiasm that would serve me well many years later… 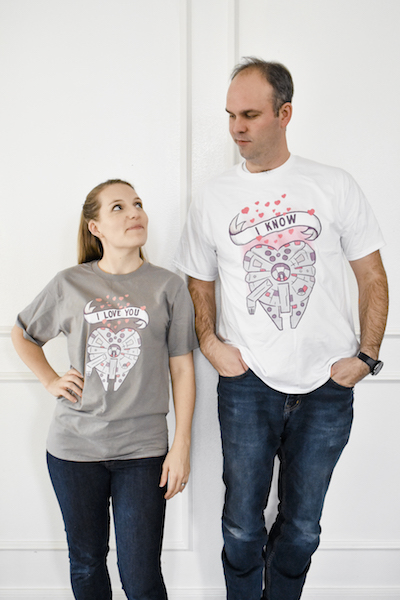 My husband and I met playing kickball in the fall of 2012. He’ll tell you he noticed me the very first game; I can’t exactly say the same {something he teases me about to this day}. But what I do recall with perfect clarity is sitting beside him at one of our team’s post-game jaunts to a nearby bar and talking about our favorite movies. Discussions turned quickly to our mutual love of Star Wars, and the sparks really began to fly. Though we both agreed the original trilogy deserved a place in history for it’s groundbreaking visual effect and majestic plot lines, we heatedly argued over the prequel trilogy released during our own youth. In fact, many of our teammates joined in the debate. And just like my 8th grade class the Monday after The Phantom Menace hit theaters, our team split into two solid camps – those who {cough, erroneously, cough cough} believed the prequel trilogy held up to its predecessor, and those of us who thought it completely missed the mark. Only one thing kept it from turning into an all out war – everyone’s mutual agreement that Jar Jar Binks is the blight of the franchise.

As discussion raged on, one thing became perfectly clear – I was not the only person there that day who’d once upon a lightyear spent a rainy afternoon watching our parents’ favorite trilogy. And just as clearly, their franchise had become our own. 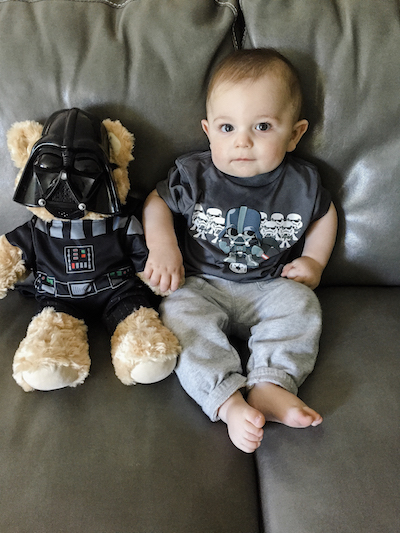 My oldest son was just shy of three months old the first time my husband and I snuggled him on the couch between us to watch Star Wars. And okay, so he mostly just drank his bottle and passed out in my arms as we watched the destruction of the Death Star, but it was an important memory in the fabric of my life, one I know we’ll tell him about one day when he’s old enough to watch them with us again. It’s a way for my husband and I to pass on a keystone of our relationship, and what’s more, a way to pass on a little piece of our parents to our children.

Some people don’t put a lot of stock into the made up holidays popularized by social media – National Margarita Day, Pancake Day, Pi Day. But May the 4th, otherwise known as Star Wars Day, has become a family favorite in my household, and not just because my kids look ridiculously cute waving around the lightsabers my husband and I built at Disney World back in the days before we were married. We get dressed up in one of the many Star Wars shirts {or in my youngest son’s case, onesies} we’ve collected over the years and head over to my parents house to rehash our favorite scenes and argue over which movie is the best. This year’s Star Wars Day is especially significant because it’s the last one before the ninth and final film is released this December, the conclusion to a franchise forty-two years in the making.

Though the film series will come to an end, the legacy of Star Wars will live on. We’ll watch the movies with our children, take them to {the soon to be released} Star Wars Land at Disney, and have many a lightsaber battle around our house. Not to mention all the future shows planned for release on the upcoming Disney+. So to all my fellow Star Wars parents out there celebrating this day with their young Padawans, May the Forth be with you. 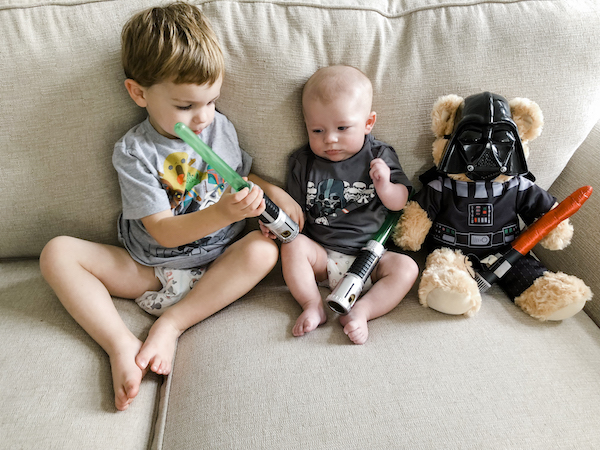 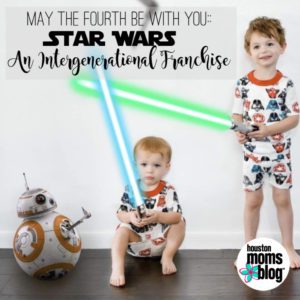