A green dinosaur resides on a wall in our family room. He’s been there for a long time, silently watching us play, read, and watch TV in our gathering place. Each December, the children lean their backs against him as my husband marks the spot where the top of their head meets the dinosaur’s long neck. 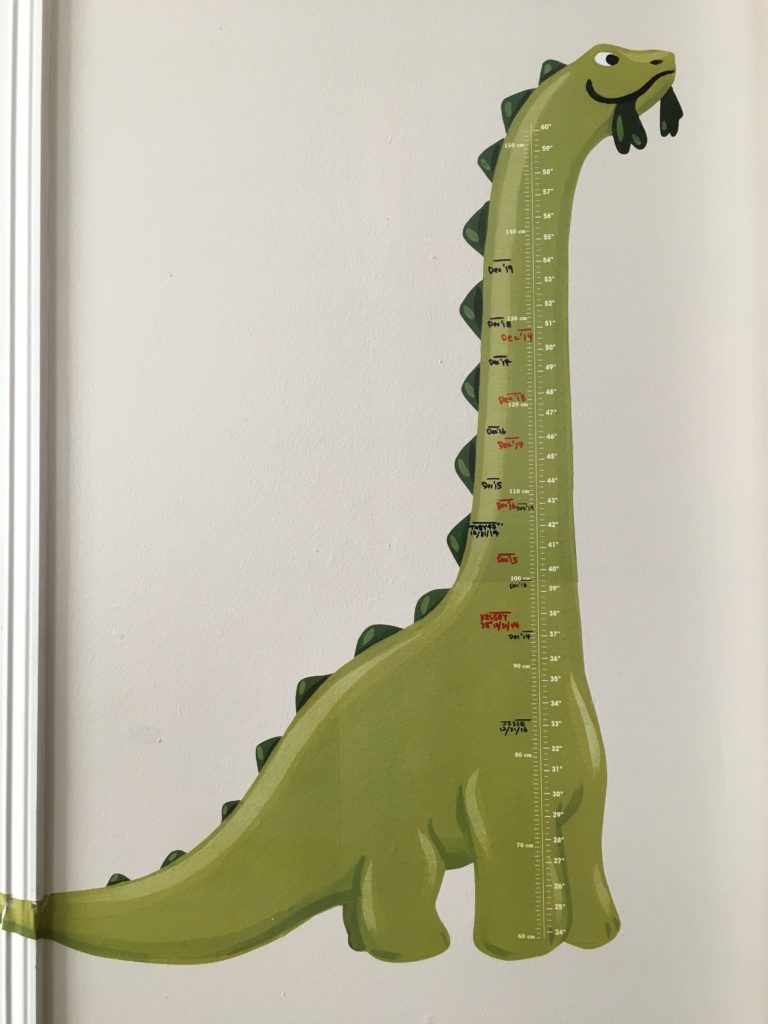 My three kids hover excitedly around the measurements after the official marking ceremony. They proudly look at the new notations, comparing, competing and ultimately congratulating each other.

I study the colored Sharpie strokes on our treasured dinosaur growth chart and make assessments. “The baby” grew three inches this past year. My daughter has continually measured taller than her older brother did at her age. And my oldest is nothing if not consistent, growing at a steady if modest rate compared to his younger siblings. Sadly, I also noticed that if he gets his long-awaited growth spurt, he will soon be taller than the dinosaur. I like teasing out these kinds of facts–it helps to reflect on the past and reminds me that these family years will not last forever.

Living Through The Early Period 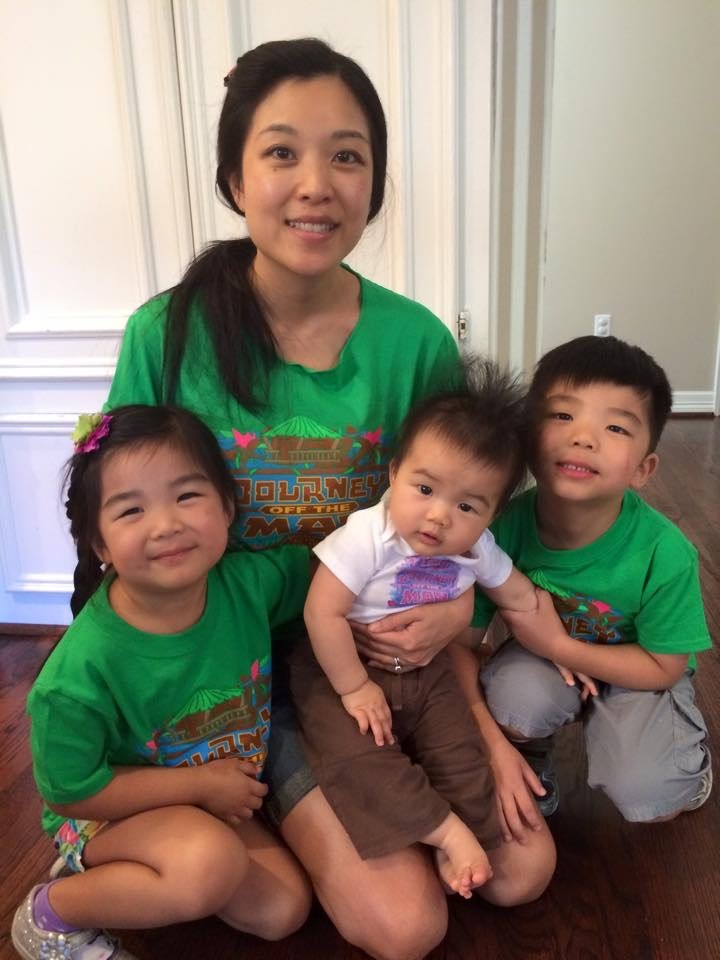 Each line, name, and date written next to the numbers also tells a story, not just about the kids, but about life in our family. Those lines near the bottom of the dinosaur’s legs, they were the frazzled years with two preschoolers and a baby. Those were also the “bag lady” years. I had a lot of bags; one for the baby, at least one for the preschoolers, and a big purse for all the things. I dropped kids off at Mother’s Day Out using the giant blue IKEA shopping bag because I needed a good way to carry lunch kits, nap mats, loveys, show and tell toys, and my own big purse with two kids and a baby in tow.

Those were also the diaper box years. The oldest was winding down his use of night time pull ups, the middle one was still in them, and the newborn was going through a million diapers a day. Almost every night, we had the same routine—bath, pajamas and then “rides”. My husband and I would push squealing kids from room to room in one of several empty diaper boxes that we kept around.

Then the strokes above those represented the frantic years. It felt like I was serving everyone in every area of my life all of the time. I finally realized what it was like to have to ignore a child. Before I entered this season, I never thought I would say “I don’t have time for you” to my children. But when a baby needed nursing and dinner needed prepping and clothes needed cleaning and get-togethers needed hosting and parties needed planning and an email needed writing and a phone call needed returning; well, I just don’t have time for you right now. They survived. But I barely did.

Emerging from the Fog 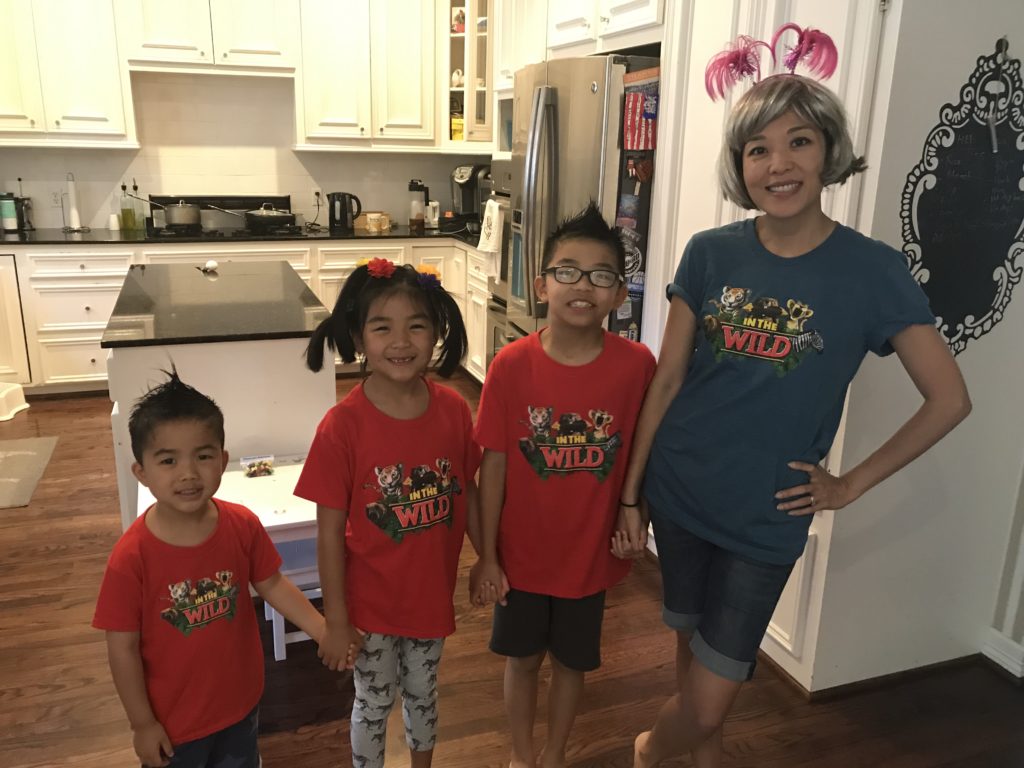 Soon after that, I learned about self-care after reaching a soul shaking tipping point, and then we had a couple of cruising years. The lines just further up from the frantic ones signified some really marvelous times. The baby was potty-trained and the older ones were just old enough to be self-sufficient but still lots of fun–not yet nearing double digits when giving attitude and talking back becomes a thing. They were still so cute and I relished being smothered by their affection. I stopped dreaming of running away from home. My children were so much more independent, which finally gave me a lot more freedom. 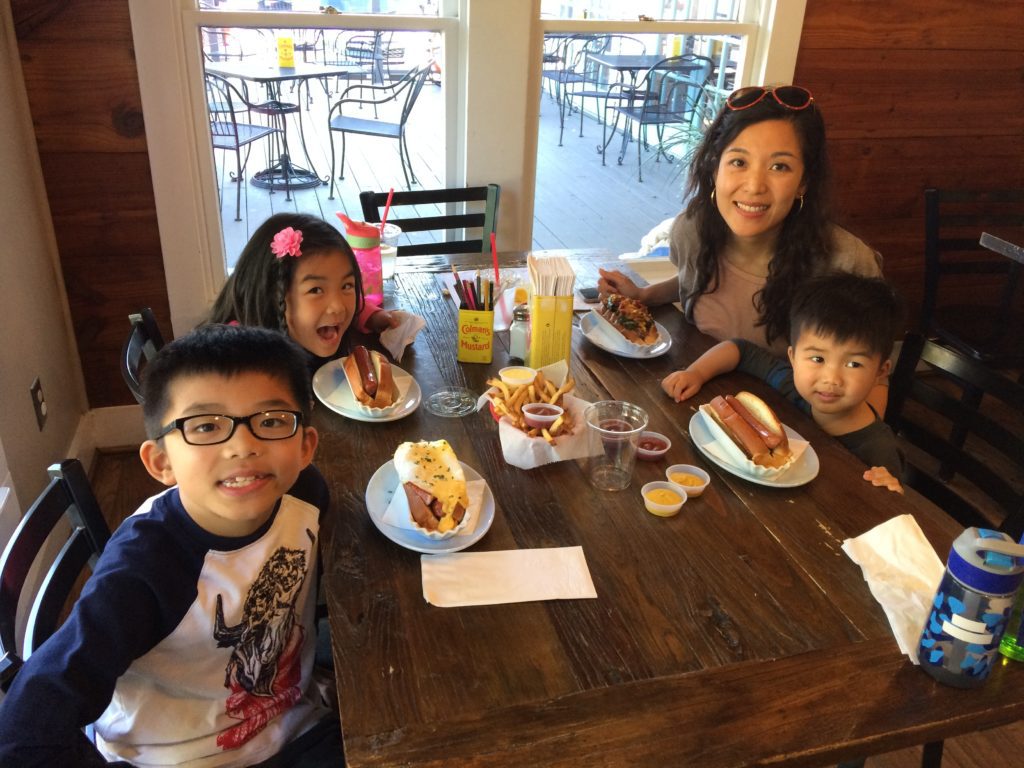 This most recent notation on the dinosaur capped off a busy year, requiring tag-teaming hard with my husband and even friends and family. Baseball practice. Theater rehearsals. Dance class. Piano recitals. School stuff. Commitments. Obligations. His business trips. My deadlines. Life. So much life.

But it’s OK. In the last couple of years, I seemed to have gotten my groove back. There is now a respectable chunk of time between me and the most recent birth so personally, there is finally some stability. No more pregnancies, no more babies, no more nursing, no more fluctuating sizes. I do get a little sad sometimes knowing that I’m done with having kids, but there is also a sense of relief that I can move forward. 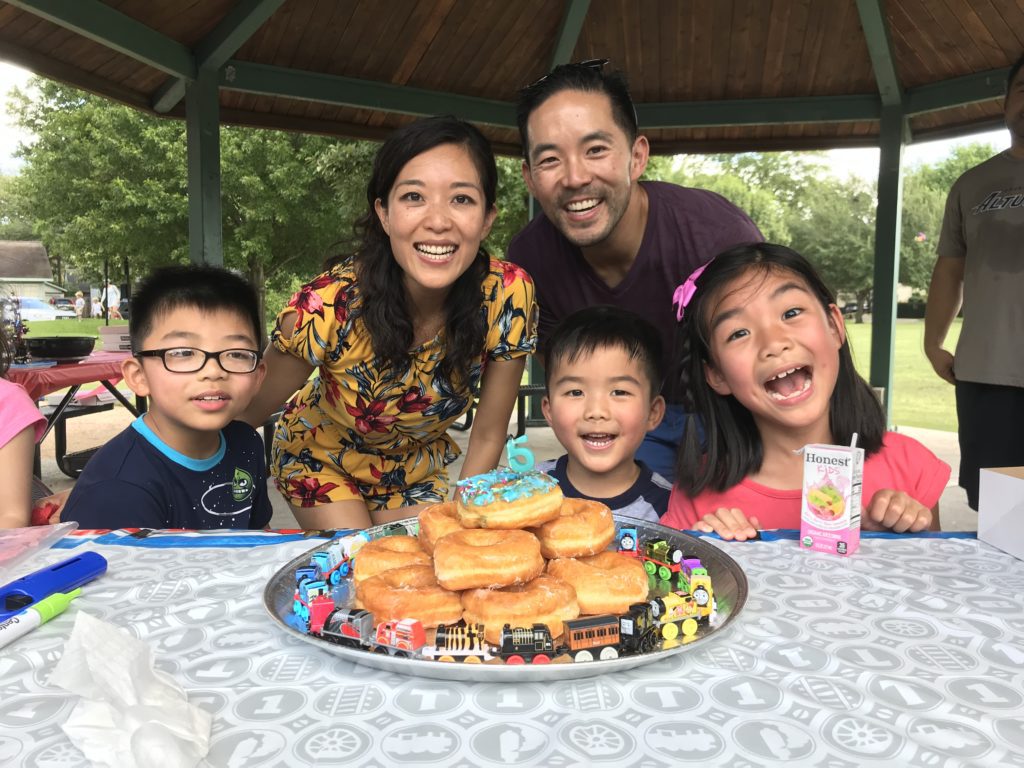 Next year’s Sharpie lines will likely reflect a continuation of the busy years. We have to add Tee-ball to the list, for one. And soon we will have a tween. {Send all the help please.}

It won’t be easy, but I will cherish this time because there will come a December when the children will outgrow the dinosaur. Each line already there and each line not yet drawn on the dinosaur reflects a season of life that is a gift from God. Like the children did, I may also compare and compete against others. But ultimately I will congratulate myself on another successful year. We are here and we have grown. Mission accomplished.

There are no marks for my own growth on that chart. But for a mother, I’ve learned that much of our own growth is tied up in our children’s. Our story is weaved in with theirs, inextricably linked for better or worse. It is the beauty and the challenge of motherhood and as the new year unfolds, the dinosaur and I are here for it.