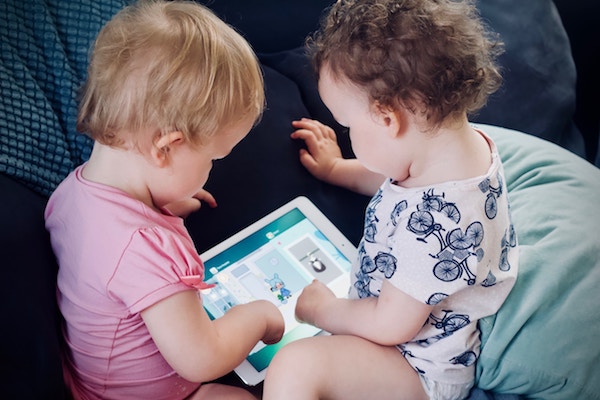 ‘They‘ say don’t do this and ‘They‘ say don’t do that. Who are these ‘Theys’ and who voted that we should listen to them? As part of my mommy-hood journey, I have found that I should stop listening to the ‘Theys’ and listen to my inner animalistic need to raise this child how I want and my babbling toddler {a much harder voice to ignore}. So far, as I wander aimlessly through my never-ending voyage, I have broken more than a few rules ‘They’ have set out for the mom club to follow as well as many I had set for myself before this kid had teeth and tantrums.

NEVER let him watch anything on the iPhone/iPad

This is probably the biggest one I set for myself that I broke once he turned 1 and could run away during diaper changes and getting into his PJs. Don’t do it! He will get addicted, the voice always told me. Who’s voice? My voice, my crazy googling mom voice that is terrified and scared of all things. I found that a by setting {and holding firm} to rules like getting to watch the Baby Shark video for one song made diaper changes and getting ready for bed so much easier and much more pleasant. It has even become an enjoyable signal. Sometime I sing the song and he smiles during these times that used to be literally screaming and kicking. It’s even helped him calm down while getting into the car seat.

NEVER hold him for naps

I still do envy moms who tell me their child sleeps 2 hours every nap time in the crib alone. I still do wish I let him cry it out for naps like I did for bedtime. I think of all the things I could be doing {including taking my own nap} while I awkwardly hold him during his nap. Then I think to myself as I get to stroke his hair or kiss his little big cheeks….Is it really THAT bad? Would it really stunt my child’s development into manhood if I hold him for his naps? NO! There are only so many finite naps I have to hold him during. It’s use it or lose it, sister and I’m using it.

NEVER let him play with his food

DON’T play with your food. Who has heard this time and time again? I had a hard time with this one because who the heck likes to clean food off the floor or highchair? No one ever! I spoon fed him for a long time until I realized I was standing in his way. I was standing in his way of exploring new textures and foods between those little stubby fingers. I wasn’t giving him the chance to develop new skills like using a spoon or simply just doing something for himself. I was depriving my child of a basic human right:: being proud. Once I let go of my own selfishness of not wanting to spend extra clean up time, he was eating food he didn’t want to before {steamed veggies!}. I’m not saying this is the remedy to kids not eating steamed veggies, but there was something to be said about doing it for himself that made veggies taste better than before. 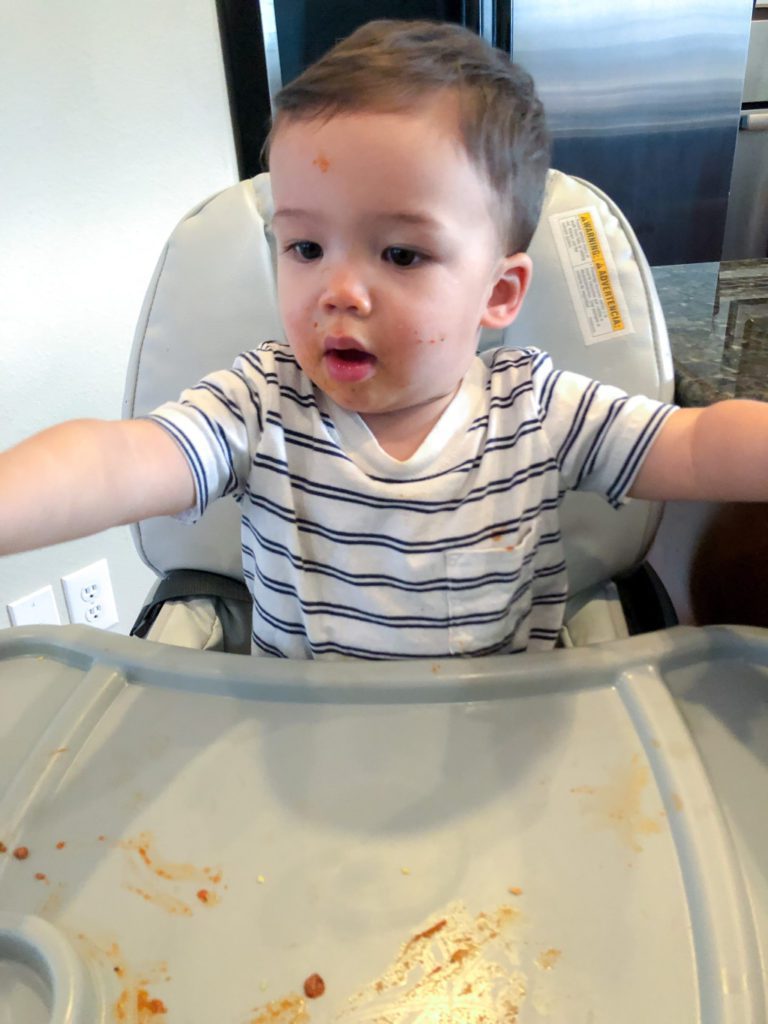 NO TV – Especially before bed

Ta-da…and here is a picture of my kid drinking is nighttime milk as he watches a mama whale with her whale calf  splashing around on tv in his pjs before bed {right after watching Baby Shark on another screen}. 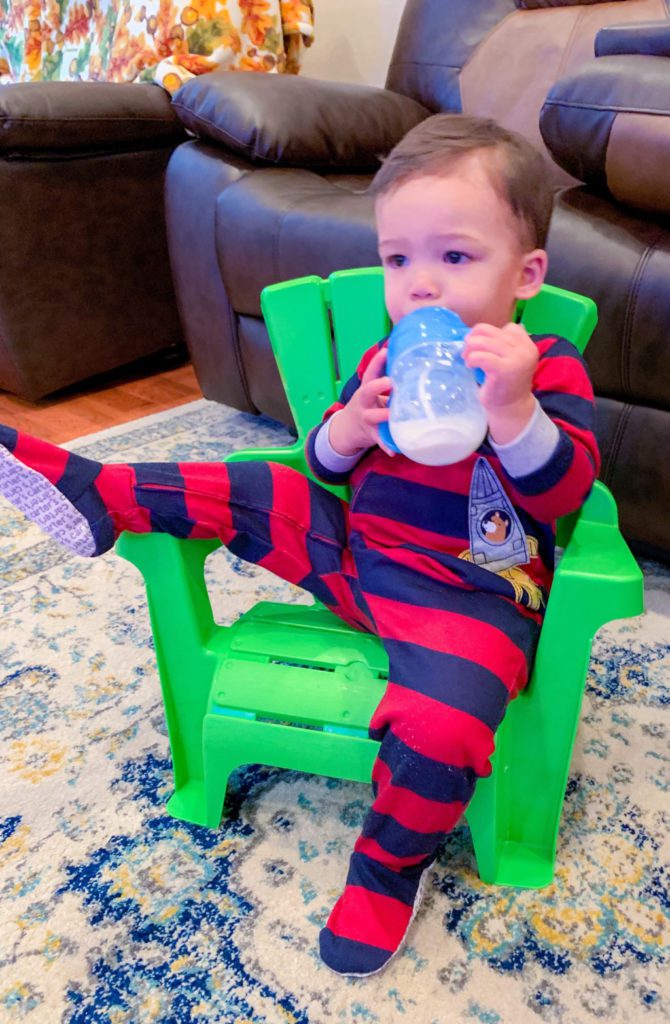 This was my moment of picking the battle. Getting him off the bottle was more important to me so I traded. I let him watch a little NatGeo with his sippy cup and indoor lawn chair so he wouldn’t need his bottle. I figured, what’s the harm in five minutes of some splashing sea animals or school of fish for a comfortable belly full of warm milk before bed?

I could go on and on with the rules I’ve broken but you don’t have the time for that. Could all this rule breaking on my part cause him to develop some sort of behavioral problems in the near future? Maybe? Who knows. We all try the best we can and so what if we stray some. You’ve heard the term ‘organized chaos’. I always feel this is the mom-raising-a-toddler equivalent to that. We’re using rules to break the rules. “Yeah, watch this while I change your diaper so you don’t get a nasty diaper rash but ONLY while I change your diaper.”

So go ahead moms, go crazy! Break some rules {so you can follow the ultimate rule:: whatever is best} 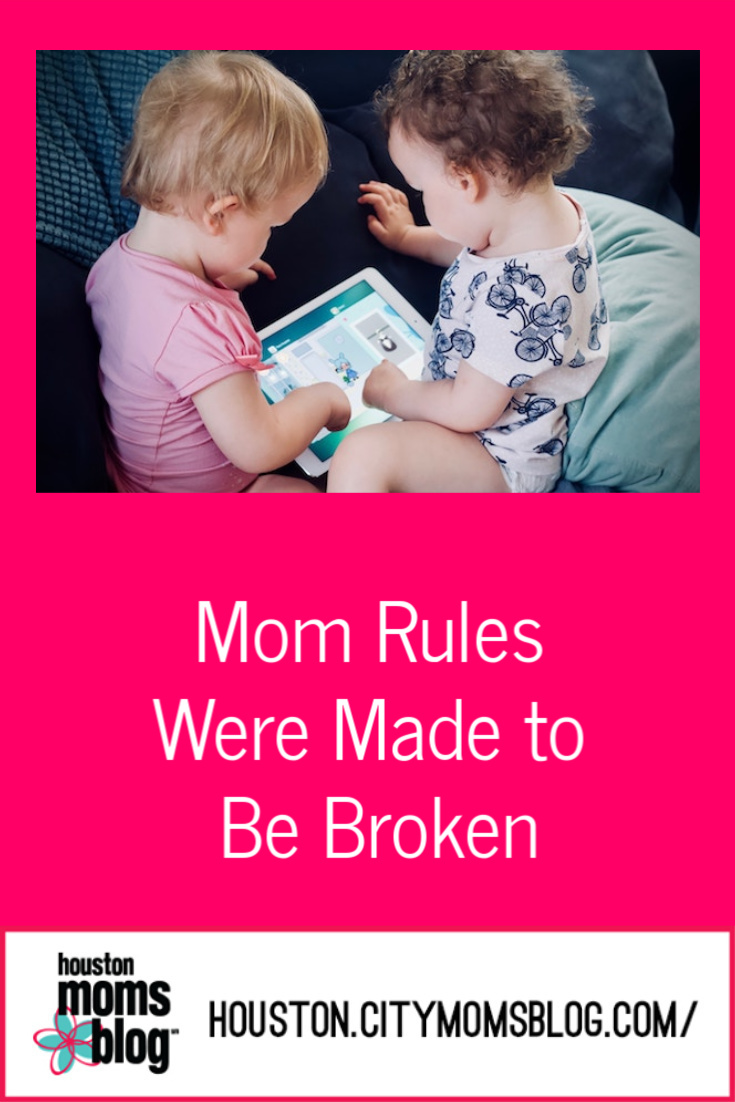