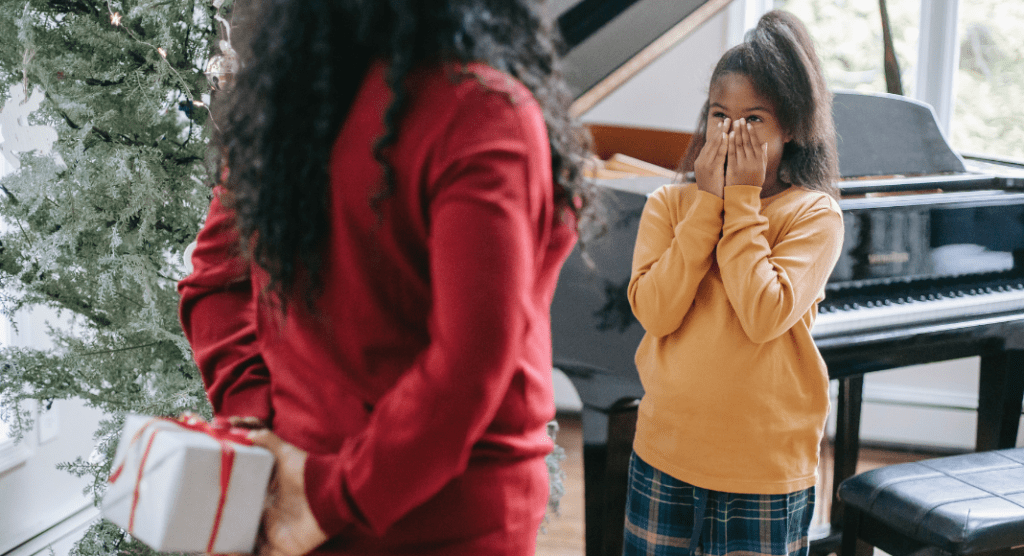 I have always had a very limited imagination.

Could never fully enjoy the tales of hobbits on quests for mythical rings.

Have always struggled to entertain urban legends and never had any interest in the #TeamEdward/ #TeamJacob feud.

Can’t lose myself in fantasies about wizardry and witchcraft.

While I love all many of the cult classics like Hocus Pocus, The Lost Boys, and The Craft, but I can’t allow myself to be fully immersed in the magic.

But when my mother told me that Santa Claus was real, I believed her wholeheartedly.

I believed in Santa until I was 9. I was always skeptical, but I believed. I was curious about how reindeer could actually fly, but I believed. I questioned the logistics of it all since we always lived in apartments without fireplaces, but my mom made up explanations, citing Santa’s stealthy ways of defying space and time… and I believed.

The intense feeling of absolute betrayal when I realized that Santa, while based on a real person, was not coming into our homes with my Christmas wishes in mind, rewarding me for being well-behaved each year… Oh, that hurt was big.

Not because the magic {and the smidgen of imagination I had} was gone, but because a chunk of trust had dissolved with it.

I couldn’t understand. Why keep up the charade?

Why allow me to eagerly write letters and lists addressed to the North Pole? Why watch me earnestly leaving out the milk, cookies and carrots for Santa and his reindeer crew? Why pointedly distinguish between which gifts were from her and our family and which had been hand delivered by this jolly imaginary character? WHY?

All in the name of the Christmas Spirit?

When my husband and I first became parents, we decided to forego the Santa tradition we’d known, loved, and despised, and we created our own Christmas magic, sans fibbing. 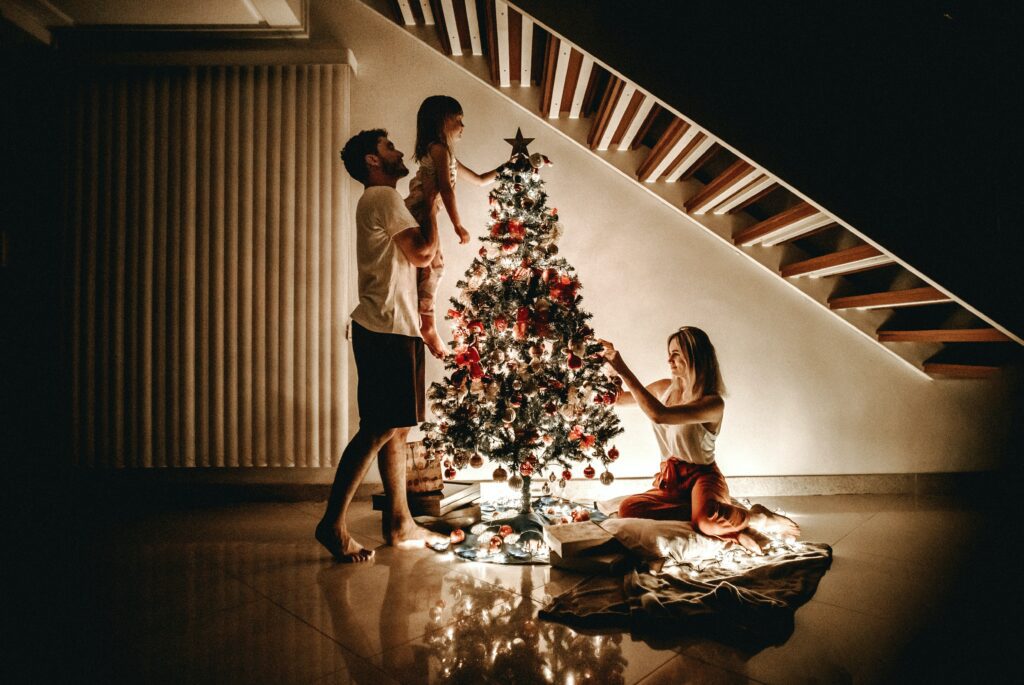 If your children are anything like mine, they have a surplus of stuff. Play stuff, artsy stuff, junky stuff, all the stuff. Each holiday season, we provide some of Christmas magic by helping our children choose toys to declutter and donate. Our boys are learning to be more excited to give than to receive. They are beginning to understand just how lucky they have been over the years to want for nothing, and not every kiddo in our community is given the same luxury.

Another tradition my husband and I strive to keep alive is a strategic gift-giving plan:: Something to wear, something to read, something they want, something they need. This guideline keeps what could be an overwhelming spending spree at bay. Four special gifts to unwrap, along with fun, personalized stocking stuffers… less really can be more, and even without jolly, old St. Nick, the Christmas cheer finds a way! 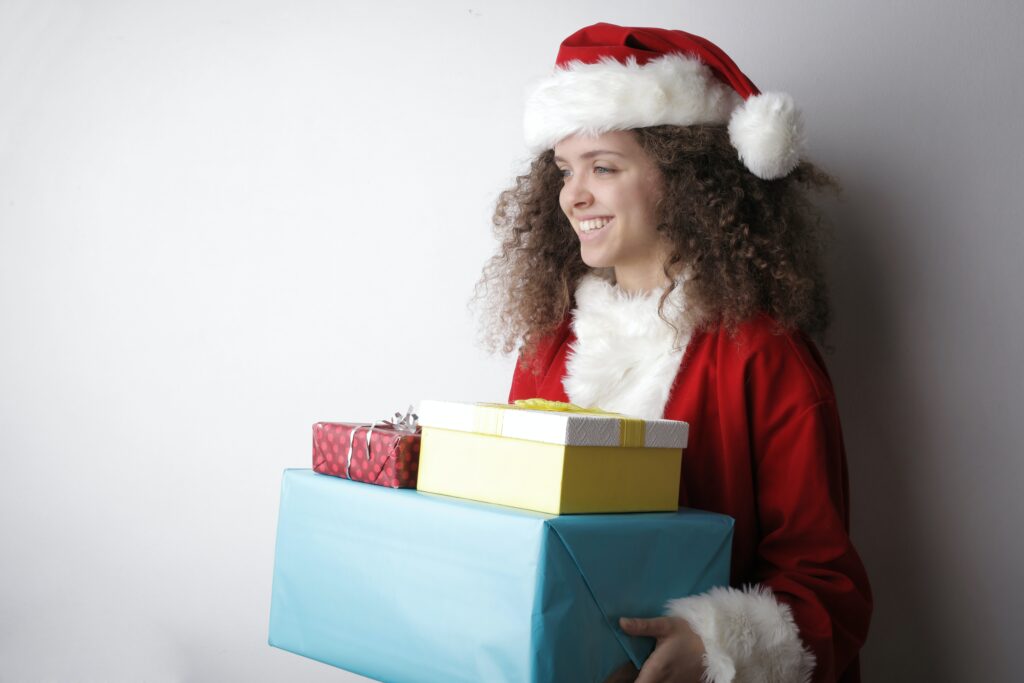 Santa’s workshop does not create family memories; we do! While avoiding gift overloading, we focus on creating experiences and memories.

We always watch our combination of 10-15 of our favorite holiday movies leading up to Christmas. As we recite some of our favorite movies while a fire blazes nearby, I am teary-eyed with the idea of my boys telling their children about their childhood, highlighting mainstays like that.

We also like to give a gift to the family on Christmas. An opportunity for us do something together. One year, we spent an evening at Medieval Times in Dallas, transported to a different era. Our bonds and connections were reestablished over jousting and meals eaten with our hands. The following year, we purchased season passes for SeaWorld, where we discussed the exhibits, had intense discussions about animals in captivity, and dove into the water park. This year? I’m thinking an afternoon at Build-a-Bear Workshop. Each of us could use a special keepsake all our own to hold tight and feel the holiday spirit year-round.

Look. I need credit given where credit is due! I’m not a fan of Santa Claus getting the praise for our hardwork and sacrifice, making our children’s special holiday dreams come true! My mother was a single parent… Why was she willing to let Santa be the hero when a Sega Genesis was discovered under the tree? No way!

I look forward to our household’s A Christmas Story moment each year. The moment when the one thing one of my boys desperately sought after isn’t under the tree, and I can reveal it from its hiding spot and watch their faces beam. We do that! And we deserve the credit!

The hugs, extra snuggles and happy tears need to be directed at us, not Santa, dang it!

We work our booties off to create the magic of Christmas, all the decorating, the thoughtful gifts and meaningful gestures, teaching the lessons and making the memories, and we deserve our children to know just how much we try for them! 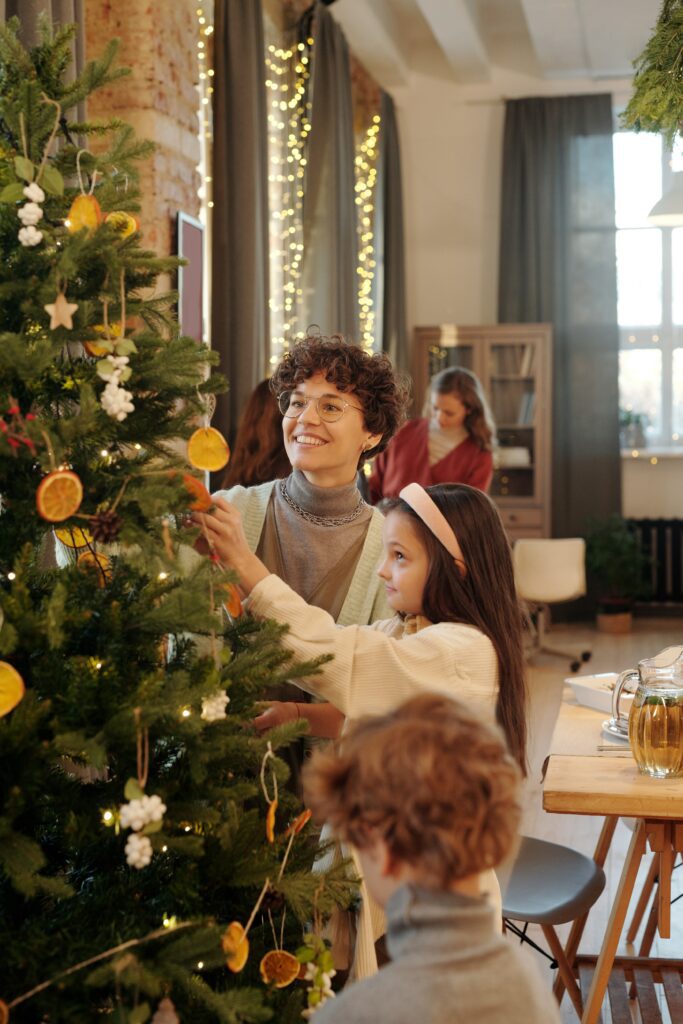 So we don’t do the whole Santa thing. Just doesn’t fit us. And that’s ok.

But we often remind our boys that other kids do believe. And that’s ok too!

We discuss that we should never ruin the holiday fun of Santa for anyone else, and we keep what we know to ourselves. It’s so refreshing to watch my sons’ faces when they hear their friends talking about what Santa surprised them with, and they often look over at me and smile knowingly, with compassion in their eyes. They just listen and graciously allow their friends indulge in the fantasy.

And there it is.

The magic is most definitely not lost on my sons.

The spirit of Christmas is alive and well in them. 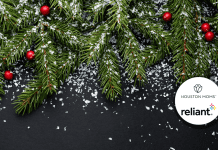 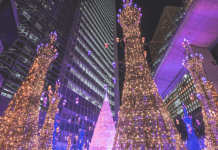 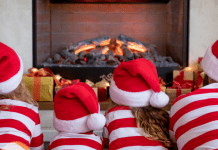 Teaching Mindfulness to Your Kids During the Holidays