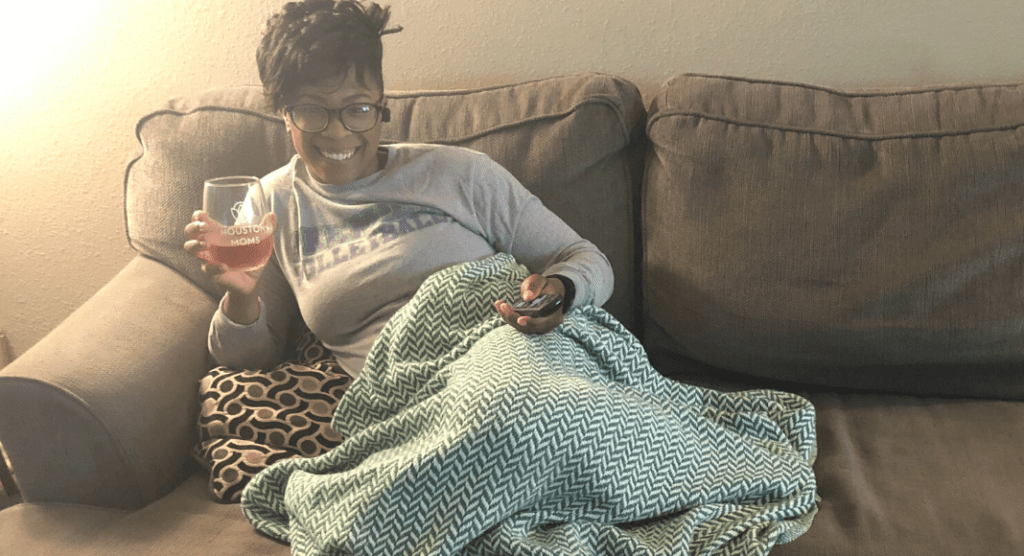 If you’re anything like me, being hunkered down while the world, our country and our beloved city of Houston work to “flatten the curve” has caused some anxiety, stress and straight-up boredom.

By day, we are pressuring ourselves to educationally stimulate our children’s minds, try not to feel completely bogged down by current events, and maintain social distancing while still creating some sense of normalcy for our families.

But, by night, decompression is the name of the game.

Thank goodness for Netflix and all the other media services available to those of us who simply don’t know what to so with ourselves anymore. Loads of binge-worthy material out there to combat the Coronavirus blues!

So, put the kids to bed, pour some wine, grab your favorite blanket, treat yo’self to a late-night snack and prepare to enjoy some screen time, mama. You’ve earned it!

Love is Blind is everything. Seriously. I could not stop. It’s a typical reality dating show, but it’s so much more outlandish. The daters don’t get to see each other {hence, the blind part}, but instead, get to know each other by talking through a center wall between two adjoining rooms. They become attracted to who the other people are without being jaded by who they find simply physically attractive. Here’s the kicker: the daters PROPOSE to the person they feel most connected to, and upon an accepted proposal, the couples get to meet face to face. Then the real drama begins as they determine if they are truly compatible with their intended. They schmooze with each other’s families, move in together and ultimately face one another at the alter and decide whether or not to be wed. Lemme tell you, it is wild, and you’ll find yourself hooked!

The Circle is a entertaining social media experiment that explores how we judge each other based on our photos and profiles. It tests the validity of what we share and takes “catfishing” to another level. Watch contestants strategically present themselves in the most flattering ways to manipulate and attract others on their quest for $100,000. It is a whole mess of deception, but exciting to watch! Perfectly light-hearted and silly… exactly what we need!

Now, Tiger King: Murder, Mayhem and Madness. Where to begin? So much going on with this docuseries. Centered on the obsession of big cats and exotic animals, this Netflix original show follows an eccentric zoo owner and tiger breeder in Oklahoma, an eyebrow-raising cult leader in South Carolina and an animal rights activist in Florida. These three lives are interconnected in the strangest of ways, and their interactions with each other range from hilarious to odd to downright terrifying. While this show has moments that will make you shake your head, it’s impossible to look away {and you will definitely want to keep an eye on Carole}. Who knew there was so much drama, danger and depravity involved in roadside zoos?

If you were hooked by the creepy antics of Joe, the attentive/ obsessive, dreamy murderer from season 1 of You, you’ll love what he has in store for season 2! It premiered on Netflix at the end of last year, but many of us haven’t had a chance to dig in. Same old lovesick Joe, new object of his affections. And fittingly, her name is Love. Boy, does Joe love Love. And boy, does he have a way of taking a potentially beautiful situation and making it horrific. Totally worth the watch… You’ll be surprised {yet again} of the lengths Joe will go to for the woman he loves.

Season 3 of Ozark just came out on Netflix! Jason Bateman is amazing in this crime drama that follows a would-be typical suburban family that gets involved in a money-laundering scheme for a Mexican drug cartel. The Byrdes’ lives are at stake and the ante is upped when they are forced to move to the Ozarks. Secrets. Lies. Murder. Corruption. Money. Lots and lots of money. Don’t wait to see what happens next!

Need a relatable, feel-good show? Workin’ Moms will have you laughing and crying, because it feels so real! This group of diverse mamas say everything we’re thinking and feeling and then some, all while trying to balance work, family and the needs they’ve been pushing aside for far too long. It’s beautiful and poignant. It’s hilarious and endearing! It’s motherhood!

Seasons 1- 5 of Schitt’s Creek are available on Netflix while the final season is currently on the Pop network, and you definitely want to check it out! A wealthy family’s fall from grace lands them in Schitt’s Creek, a small town with a lot of charm and limited wi-fi access. You will laugh, cry and laugh uncontrollably as the Rose family adjusts to life without fortune or fame. And seriously, Moira and David Rose are my aspirational spirit animals… Just watch, you’ll see.

Shameless is an oldie-but-goodie I’ve been enjoying recently! Seasons 1-9 are available on Netflix, and when you are ready for more, the current 10th season is available on Showtime. This ne’re-do-well family from the southside of Chicago, under the leadership of a reprehensible patriarch, just can’t get out of its own way. The Gallaghers struggle and scheme their way through poverty, mental illness, sexual identity and addiction while striving for the American dream.

Honorable Mentions from Other Services

Little Fires Everywhere is a great new show on Hulu! Starring Reese Witherspoon and Kerry Washington, based on the novel by Celeste Ng, this show reminds viewers that things are not always as they appear. As Washington’s character says, “We all have parts that scare us.” Explore race, class relations and social barriers in this suburban community of Shaker Heights as these two mothers and their families weave with one another.  Jump into this mysterious drama and hold on tight!

Season 2 of Jack Ryan premiered recently on Amazon Prime. Created by John Clancy, Season 1 was intriguing and intense; hard to imagine it gets any better, right? Oh, it does! This season, CIA agent Jack Ryan, played by John Krasinski {from The Office, another fantastic show worth rewatching!}, has intel that leads him Venezuela during an election, and of course, corruption and conspiracy are afoot. This spy thriller has a lot of action-type fun that keeps you eager to piece all the details together.

A personal favorite of mine, Fleabag, is another Amazon Prime hit, and it is everything I needed in a show. The main character, never referred to by name, is just trying to stay afloat. But she is a hot mess if I’ve ever seen one. Her day-to-day shenanigans are comedic overall, but sentimental and tragic at points. I truly enjoy her journey through her romantic relationships, her strained and uncomfortable familial ties, and her coping with the loss of her best friend. She makes several aside remarks to the viewer that really let us tap into her mind… and she is downright hysterical and rauchy… I’m here for it!

In all seriousness, take a moment to breathe. Times are tough and uncertain right now, but there’s one thing we can control: taking some time to unwind and veg out. Do it. Without guilt. Watch something silly and meaningless. Have a laugh. Get completely invested in a storyline other than what’s going on in the world. We’re going to make it through this thanks, in small part, to the beauty of binge-watching! Enjoy! 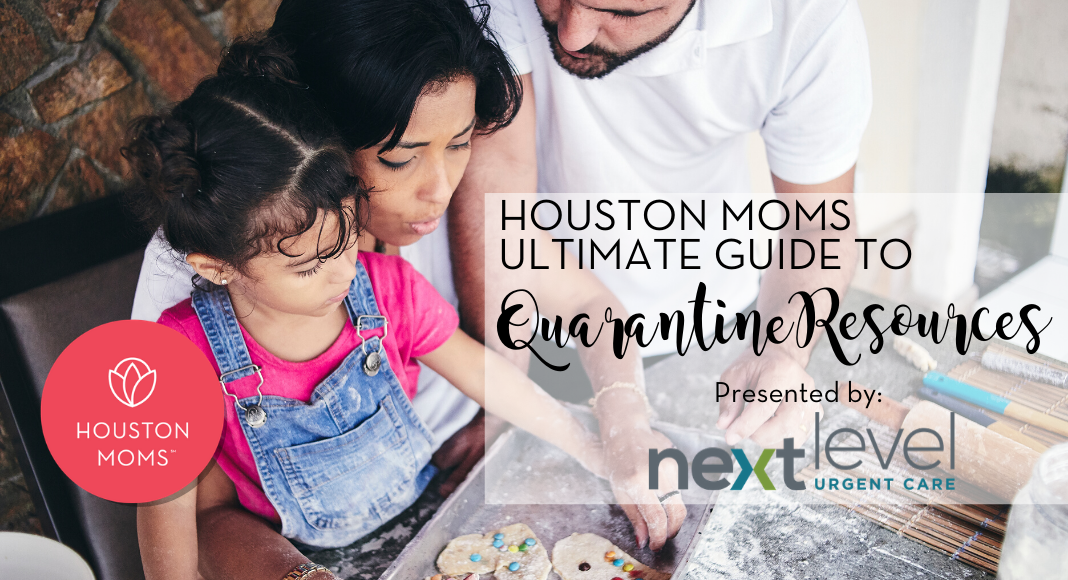 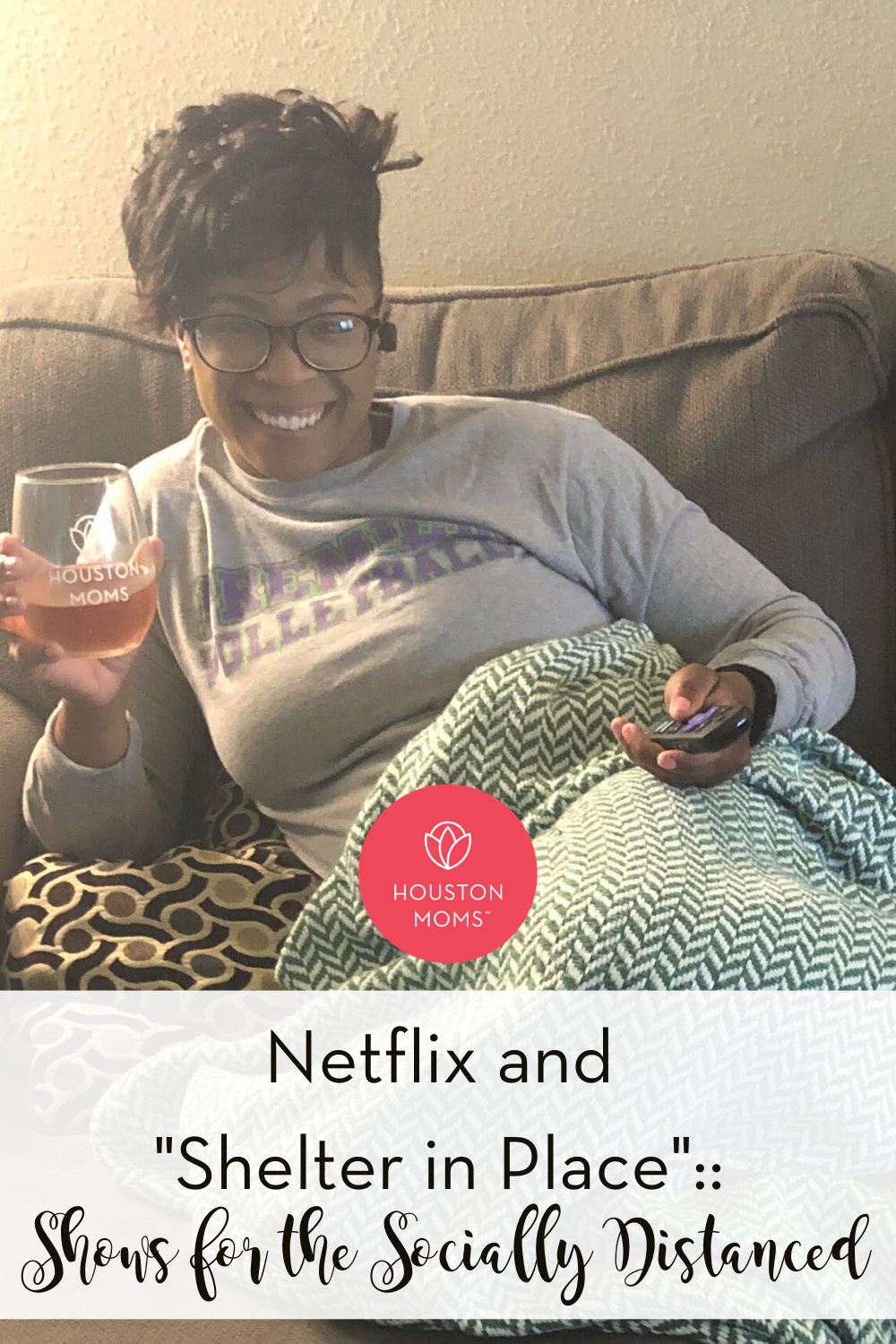