Last month hit me hard. Like so many across the globe I found myself glued to the news, simultaneously desperate for information on the events unfolding in Europe and terrified one more update would push me over the edge of depression I already teetered on.
The images of a father kissing his weeping children goodbye as they flee their war-ravaged cities while he stays to fight haunt me. The sight of NICUs set up in bomb shelters and medically fragile children unable to evacuate while shelling continues around them ravage my heart.
I’m not cut out to be a news junkie.
My mind and soul become so heavy in times such as these. I feel helpless. Hopeless. Like nothing I do will make a difference for these displaced families and any fun plans I make with my own family feels like burying my head in the sand. Why should we be able to enjoy carefree Spring Break activities when a frightened Ukrainian mother worries about fate of her husband and safety of her children?
I let the weight of it all paralyze me, frozen in sorrow until Sharon McMahon, of @sharonsaysso on Instagram, shared some very wise words. She said,

The antidote to despair is action. When the world seems dark and hopeless, the best thing you can do is something. 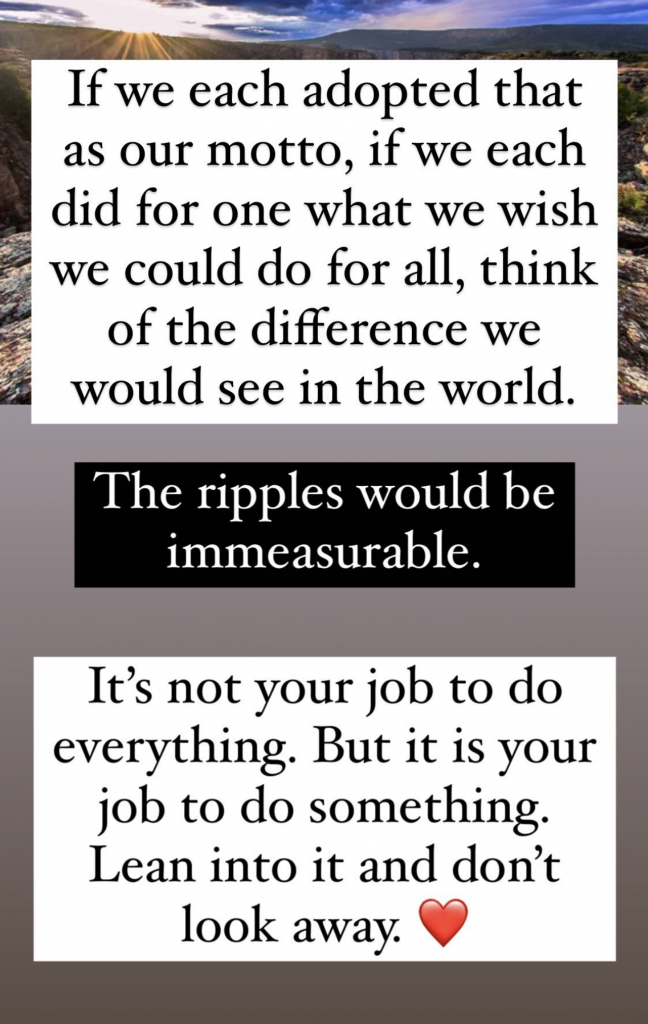 She reminded me that the weight of the world was not on my shoulders, and that small actions matter. Just because I couldn’t be there to help the Ukrainian refugees in person, or have millions of dollars at my disposal, didn’t mean that what I could do wouldn’t make a difference.
Because as she says,
Around here we don’t buy into the lie that you need to have extraordinary means, extraordinary talent, extraordinary connections or an extraordinary platform to make a difference. Small things matter. Words matter. Someone’s $.30 matters. 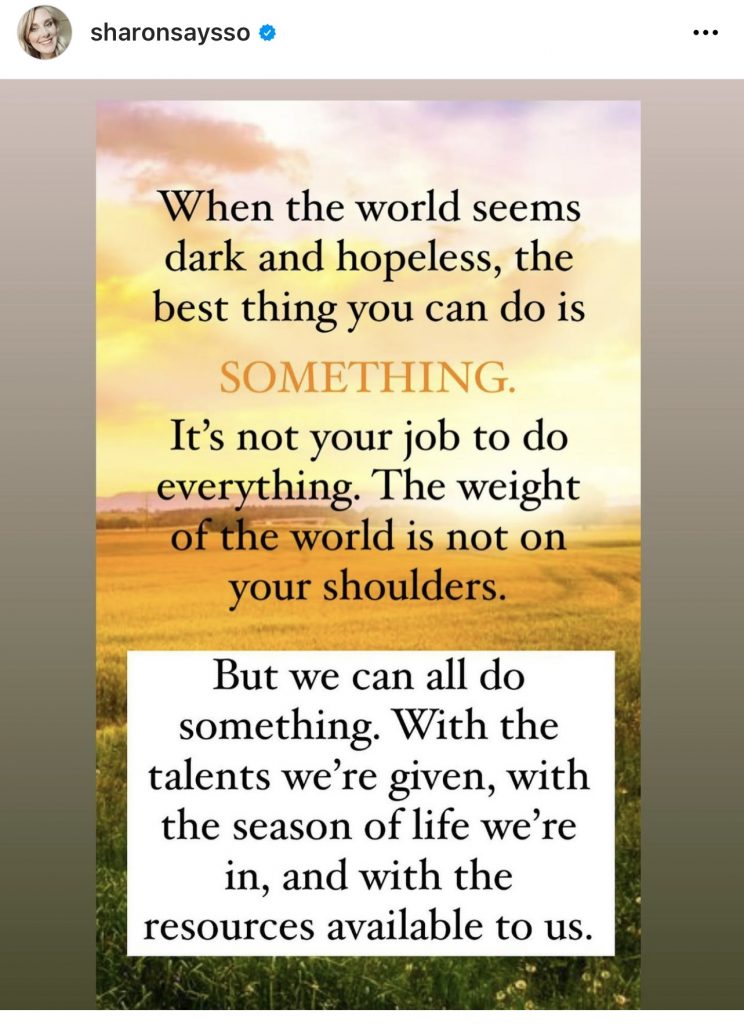 And that was an important lesson for me to be reminded of. Not just as someone hurting for the lives being ripped apart by a power-hungry dictator — but as a mother raising three children in very uncertain times.
I sat down right then and there and sent what money I could spare to one of the organizations Sharon McMahon suggested. And when my six-year-old son asked me what I was doing, I did my best to explain to him in simple terms the events happening across the world. I told him about the little boys and girls having to leave their homes because it wasn’t safe, and how I was donating money to organizations helping them find warm food and places to stay.
I then watched my young son reach for his little dinosaur wallet where he keeps the money he earns from completing his sticker charts and hand over four of his own dollars to send to them. It’s not a lot of money in the grand scheme of things. But it’s a lot of money to him. And as I helped him sound out the words in the letter he wrote to accompany his four precious dollars, I felt a spark of hope far greater than the sum of our donations. 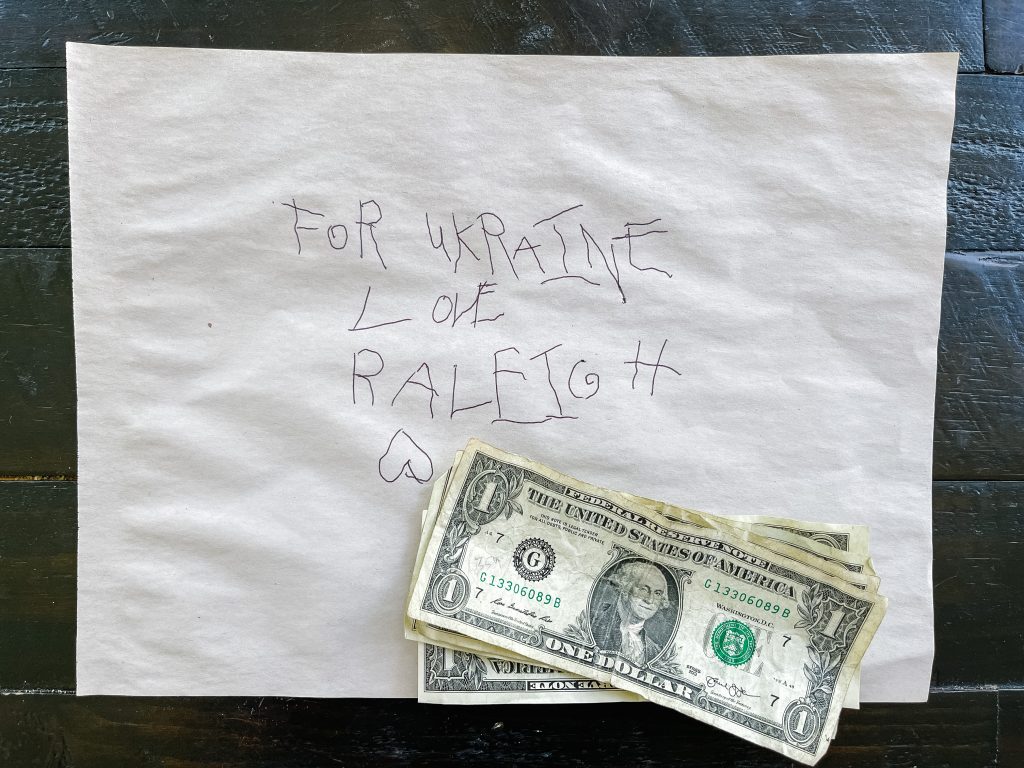 One of Sharon’s favorite hashtags to use is #penniesintomiracles — and I think it’s an apt one. Not just because together with her band of followers she’s been able to raise millions of dollars in aid over the last year and a half, with many of the donations as little as $.30.  Her hashtag is important because it reminds us that a sea of small actions can turn into a tidal wave of hope. 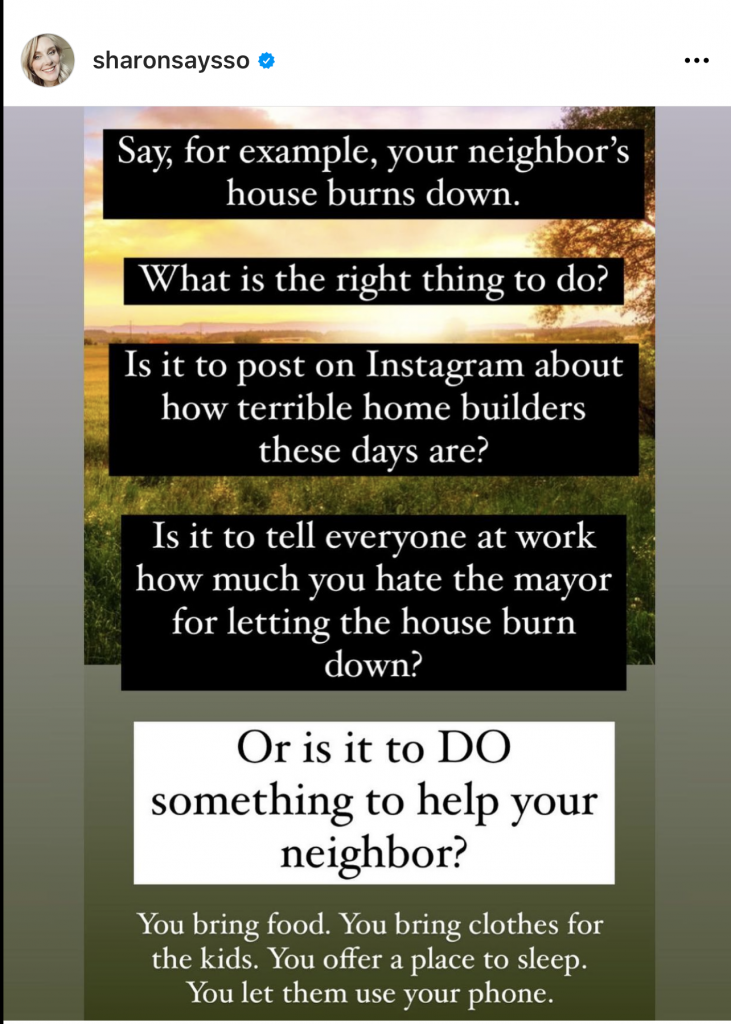 The last two years have been hard. I’ve lost count of the number of ‘historic events’ and low points we’ve seen. But people are still doing what they can for one another. Polish mothers leaving strollers at train stations for incoming refugees with babies. College students creating websites to help displaced Ukrainians pair up with host families. And kindergarteners sending their sticker chart money to children across the globe.