First thing is first, I have to point out some very important verbiage in the title.  Did you notice that I said “How I Potty Trained MY 17 Month Old”???  I didn’t say my cousin’s, or my neighbor’s, or anyone else’s.  Nope.  I just referred to potty training MY child.  Because I get it.  As an early childhood educator turned mom of two, I know that all kiddos are different. So naturally, their potty training timeline and what works/doesn’t work will look different also.  Heck, my firstborn didn’t even potty train until he was two, and I was thrilled with that!

But my second child…  She potty trained early and easily.  And while I know that some of it was just her personality and persistence, I can’t help but think that some of the decisions I made early on helped her to be so successful at it too.

This fall will mark one full year since my youngest has worn diapers, and when people find out she was potty trained at the ripe young age of 17 months, I often get asked – “How?!?”  I usually lie and say something like, “She did it all herself.  The only thing I did was buy the underwear!”  But we all know that’s not true.  So I’m here today spilling my secrets.  And whether you are just about to embark on the potty training journey or are a brand new mom clueless as to where you would even start, I hope that at least a few of these tips and tricks will help you along the way… 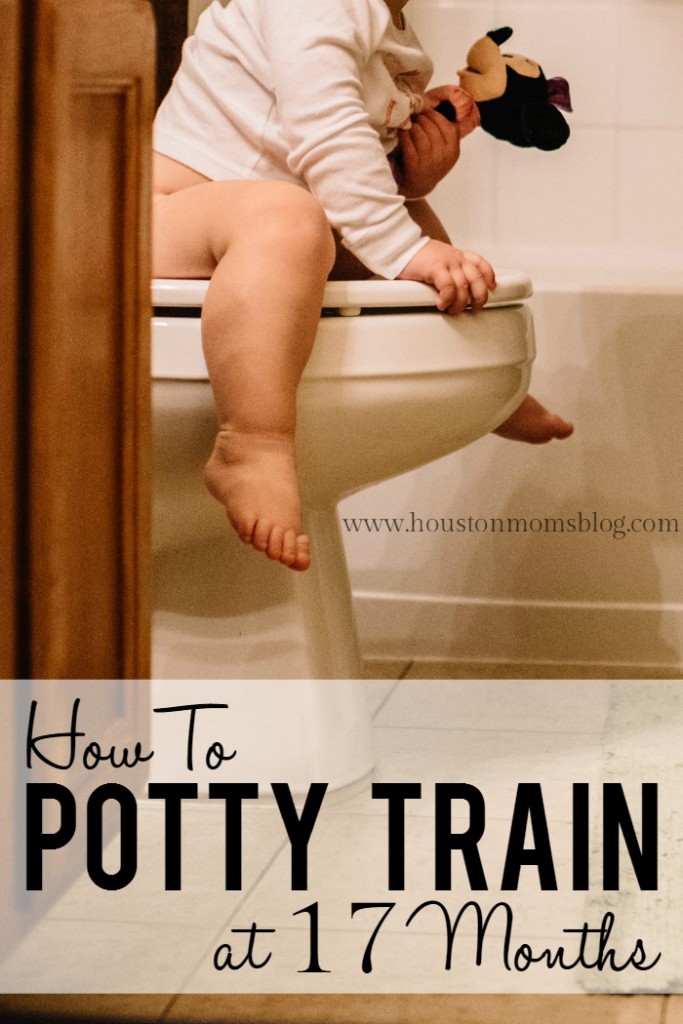 Now, I realize cloth diapers aren’t for everyone.  And I certainly don’t think this is a make or break when it come to ultimate potty training success.  But my daughter wore them since the day she came home from the hospital, and I’m confident it helped prepare her for potty training from that very first day.  How, you ask?  Here’s the long and short of it…  Most disposable diapers are designed to pull moisture away from the skin so that they constantly feel dry {even when totally and completely soaked}.  And while I can certainly see the benefits of this, babies who wear disposable diapers will never feel that uncomfortable sensation of being wet.  So often, my friends will tell me, “My kid just could care less whether or not they are walking around in a wet diaper.”  But in reality, the child might not even realize it’s wet with all of the stay dry materials built in! On the flipside, babies who wear cloth diapers will learn from a very young age that a full bladder > urination > wet diaper.  My daughter never liked being in a wet cloth dipe and would communicate very early on when she needed a change {both non-verbally and then verbally}, and I feel this was momentous in helping her potty train so early.

2. I started prepping for it early.

As in from the time she was just a few months old.  If I noticed she was…ahem…doing her business, I would point it out in a very nonchalant way to help her start learning the cues and teach her what was happening with her body.  And on the same note, I never made my time in the restroom a secret either.  As long as we didn’t have company over, the doors remained open.  As she started to walk, she was welcome to come in the restroom with me and ask any questions that her precious little mind might dream up. {Most of the time that sounded like “Mama tee-tee?”}  Oh, and we also have LOTS of books about going potty.  My favorite is Everyone Poops!  {Yes, that includes you.}

3. I did NOT make restrooming {or the products of it} a negative thing.

You know when your baby takes a massive poop, and your natural inclination is to make a big fuss and say things like – “Ewww.  That is disgusting!” or “I can’t believe you pooped that much.  GROSS!!!”  What you might not realize is that you are making your child feel embarrassed and shameful over something that is completely natural and healthy to do.  Even at the ripe young age of one.  Instead, I made a very deliberate attempt to keep it positive and to be proud of their poopies.  I’d say things like, “Wow!  What a big poop you made.  You must have eaten some healthy foods to help your body work so well!”  As a result, restrooming has never been a scary or negative thing in our home.  It’s something to be celebrated!

After all of the talking and prepping, my daughter started to take a very strong interest in the potty at just shy of 17 months.  She insisted on spending more and more time in the restroom, and she began to cry and scream when I would lay her down to put on a diaper.  {After all, she was seeing all three of her other family members wearing underwear and using the restroom – so why would I dare thing to put a diaper on her?!?}  So I followed her cues and began sitting her on the toilet just to see what she would do.  Lo and behold, after just a few times of sitting with no results, she actually went!  I encouraged her and celebrated the accomplishment, but I’ll admit – I still wasn’t convinced she was ready.  So I decided to forgo any potty training boot camps or crazy three day methods, and all I did was simply follow her cues.  No sticker charts, no bribes, no big deal.  She knew her body best, and she was potty trained within a month.

5. I tossed the diapers.

As soon as I knew she was serious about using the potty, I put away any and all diapers in our house to ensure there was no turning back – for either of us.  Instead, I let her pick out special big girl panties to wear, and of course – she chose Minnie Mouse.  I’d be lying if I said she didn’t have an accident or two in those early days, but she was able to feel and see what was happening when she did.  Then, during naptime and nighttime, I would put her in Pull-Ups since they look and feel so much like underwear {and also happen to come in fun Disney characters – including Minnie!}, but they saved me the trouble of having to wash sheets when she did have the occasional accident while she slept.  Since she was still so young, her body just wasn’t developmentally ready to hold urine for 10+ hours at night, and remember I was taking the “no big deal approach” – so I didn’t push it.

I can hardly believe we are celebrating ONE YEAR of being diaper-free this fall.  As I am sitting here writing it all out, it feels like it was just yesterday. But I know that so many of you are just now embarking on this journey or have maybe even been fighting the good fight for months on end.  So for those of you out there, I encourage you to tuck away the tips and tricks above and take a deep breath. As those who are older and wiser always remind us, they won’t go to college wearing diapers..and it’s so true! 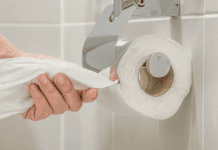 Potty Training for Adults :: Number One, Number Two, and Things All Brawds Should Do 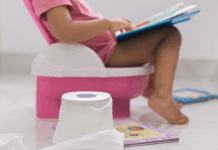 Oh Crap! How to Survive Potty Training Your Toddler