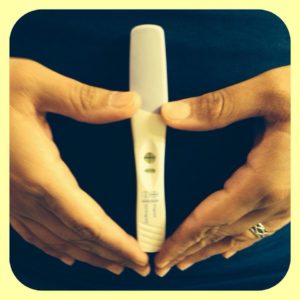 In October of 1988, President Ronald Reagan proclaimed October 15 as National Pregnancy & Infant Loss Remembrance Day. This day recognizes the loss so many parents’ experience all over the world. It is also meant to inform and provide resources for parents who have lost children due to miscarriage, eptopic pregnancy, molar pregnancy, stillbirths, birth defects, SIDS and other causes.

According to a 2004 National Vital Statistics report issued by the Center for Disease Control & Prevention {CDC}, in 2000, 15.6% of the 6,401,000 pregnancies in the United States ended in either a miscarriage or stillbirth. The CDC also indicates that in 2003 the number of live births in the United States was 4,093,000; of those births, 27,500 ended in the death of an infant under the age of one.

It is often asked of me {when I mention this day to others or post to social media about it}, Why have a day of remembrance for pregnancy and infant loss? Because I believe EVERY life, even the tiniest and shortest lived, deserves to be acknowledged and remembered. Parents of these children never forget. Even though my little one was short lived {about 7 weeks}, the emotional and physical pain was very real and I remember him/her and celebrate him/her like I would my other four children.

I often hear {and read} accounts of parents shying away from telling their story because they don’t want to be ridiculed, pitied, or even judged. So when you see a friend posting about this special day on social media, leave them an encouraging comment. Acknowledge that what they are feeling is real and love on them.

How Can You Help?

President Ronald Reagan, when proclaiming October 15th as Pregnancy & Infant Loss Remembrance Day said, “When a child loses his parent, they are called an orphan. When a spouses loses his or her partner, they are called a widow or widower. When parents lose their child, there isn’t a word to describe them.”

While our babies’ lives were so brief, they were also very meaningful. Do you have an angel baby you are celebrating this month?