Culturally, acceptance and celebration of LGBTQ people continues to rise, but as a parent, what happens when influential people in your children’s lives do not hold the same values on this issue as you do? 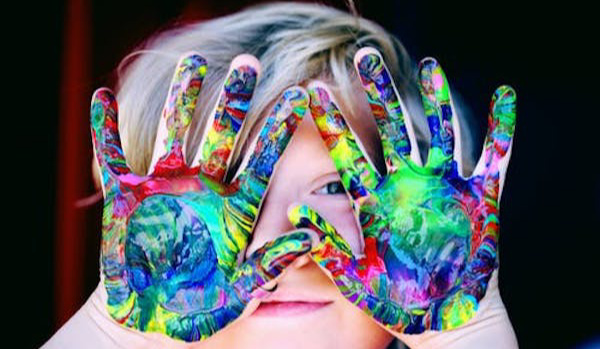 Raising children in 2019 is tough, isn’t it? I’m almost 40, and the world my kids are growing up in is vastly different than that of my own childhood. In parenting, we draw from our own experiences and how we were raised, but so much of our current culture looks nothing like the past decades of my formative years. The church formed and shaped so many of my own personal values, and those were convictions I grasped tightly for years. Letting go of, or amending some of those values meant vulnerability, and facing the reality that maybe, just maybe, the church {and I} were wrong about some things.

Slowly, after years of listening to and reading other perspectives and scripture interpretations, as well as being in relationship with LGBTQ people, I became affirming. I embrace LGBTQ relationships and marriages as just as legitimate as my own, and support their full inclusion and equality in every aspect of our society. LGBTQ people are just as worthy to be spouses, parents, teachers, public servants, and pastors as anyone else.

I’m raising children in a world that thankfully, is growing more and more accepting and affirming of LGBTQ people. Just a few short decades ago, gay was a slur rather than a celebrated identity. Pride was not mainstream, but now it has become big-business. Huge corporations like Target, Disney, and Starbucks are all competing for dollars this month with rainbow patterned merchandise, and cities across the country are celebrating with Pride events, many of which are family friendly.

Gay marriage has been legal since June of 2015. In those four short years, society has made huge strides in not only recognizing these relationships as legal, but also as culturally legitimate:: 61% of Americans now support gay marriage. We now see LGBTQ relationships represented in media targeted at children; kids’ shows like Arthur and My Little Pony have released episodes with gay characters, and there are rumors of an upcoming gay Disney princess. Transgender and gender non-binary identities are also becoming more and accepted and recognized, and we as a society are shifting and learning to use preferred pronouns and allow these children and adults to express their identities how they feel most comfortable.

As a country, we aren’t going back, and our children will see and experience all types of identities and relationships. For me, this is encouraging and hopeful, but there are people in my children’s lives who do not agree.

There are many people my children love and spend a great deal of time with who hold a “traditional” definition of marriage and regularly use the phrase Love the Sinner, Hate the Sin when referring to people in LGBTQ relationships. While I understand this mindset, as I used to hold it myself, it is not the message I want my children to internalize. Since I no longer believe these people to be sinning, I hold no space in my own value system for this rejection of identity disguised as love. I want my children to understand that families can look really different than their own, but are still “normal”.

It is going to be a challenge to share my values with my children, while at the same time respecting and protecting their relationships with non-affirming adults in their lives. And this certainly complicates my relationship with family and friends who are non-affirming. These are not people I would ever cut out of our lives or discourage my children from spending time with; they are valuable and loved. And there are spaces my children spend time in, like the church, that are also teaching them values I do want them to embrace. But at the same time, these spaces hold views on LGBTQ relationships that I disagree with:: their marriages and relationships are not accepted, and they themselves are not permitted to hold leadership positions. It’s complicated, and I struggle with it every day.

The Stakes are High

For me, fully affirming LGBTQ people is my only option, not only because they deserve love and acceptance, but because lives are at stake. I want to teach my children that when we accept people for who they are and allow them to fully embrace their own identities, they flourish, and their families thrive. I’ve seen it again and again in my own life with the LGBTQ people I know and those whose stories I have witnessed.

But when people are rejected and delegitimized in spaces like church, which are supposed to be places of refuge, there is death. This death can be spiritual, or quite literal. Suicide has reached epidemic levels in recent years, with 40% of LGBTQ youth reporting to have seriously considered taking their own lives and 1 in 5 actually making an attempt in the past year. This terrifies me, especially for my friends who are raising gay children. Children are dying- we have to do better.

My children are still very young, and I am still the most influential person in their lives. This is the time when it is most important to talk to them about what I believe and value, and to model kindness, empathy, and acceptance for all types of people. And though they might hear different messages in other spaces and from other people they love, I hope that they embrace those that value and include all people, no matter their identity. 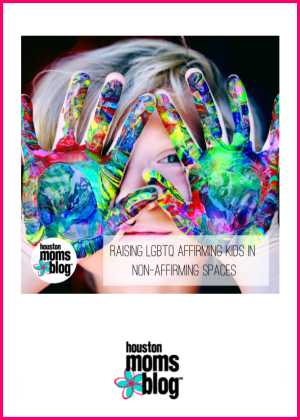