I’m going to be honest here. I’m a little hesitant to write this post because I feel like I’m letting all of Houston in on a well-kept secret, but I’m going to anyway. Because I love y’all, here it goes….

Disneyland is just as awesome as Disney World.

Okay, there it is. I said it. I realize this is exactly the kind of debate that keeps you up at night, so there you go. You’re welcome.

I know, I know. It’s hard to believe. But as a 33-year annual Disney World veteran who relatively recently added a yearly trek to Disneyland to the regular vacation schedule, you can rest assured that I was skeptical at first too.

So bear with me while I break it down…

Disneyland is shockingly compact. If you are accustomed to working in significant travel time between parks at WDW {sometimes a 30 minute bus ride, plus wait time and park admission time}, or if you are like us and your family includes a wheelchair and a double stroller which are notoriously cumbersome on the WDW buses, this will blow your mind. All three of the Disney hotels are walking distance to the two park entrances. One of them {The Grand Californian} even has its own private entrance into one of the parks. Want to park hop halfway through the day? No problem. You don’t even have to cross a street to get between the parks as they are separated by a paved courtyard. We frequently hop back and forth between the parks depending on wait times for our favorite rides or where we have a dinner reservation.

“But are you missing out on a ton of the rides they have at WDW since everything is so compact?” you ask.

Not really. They fit a lot of the most popular WDW attractions into those two parks. Admittedly, there is no World Showcase or Animal Kingdom, but there are also some really incredible rides that can only be found at Disneyland. Indiana Jones, Storybook Land Canal Boats, and Finding Nemo Submarines are a few, but even It’s a Small World seems like a completely different ride in Disneyland with its gorgeous towering outdoor facade. And let’s not forget about Cars Land, which was the original reason we gave Disneyland a shot several years ago. Radiator Springs Racers alone makes it worth the flight to California. 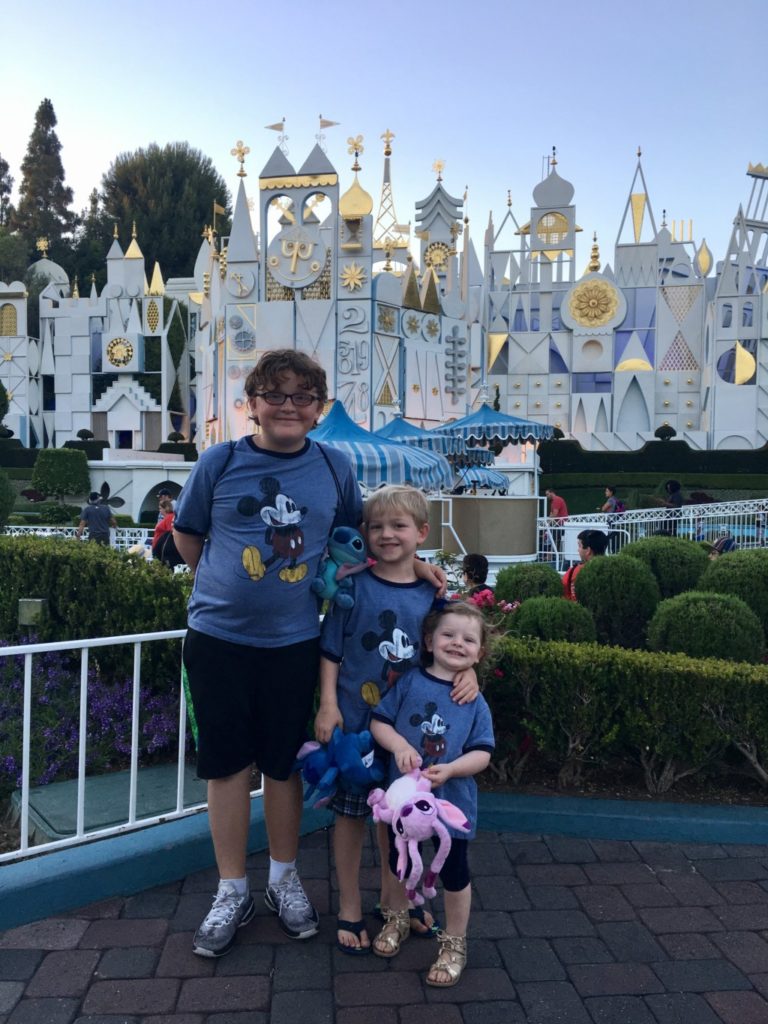 The moment I step out of the airport in Orange County and into that warm, dry California air, it feels like walking into a little slice of heaven … which is not the experience I have when landing in Orlando, even in December. We visit Disneyland during the hottest time of the year, and yes, the temperatures can get pretty high during the middle of the day, but we aren’t talking Houston high, and as night falls, you’ll be reaching for a cardigan, even in August. One year in August, we even had to buy sweatshirts for the evening.

Florida is gorgeous and sunny and a welcome break from fierce winters for those who live in the north, but for us Houstonians, it’s not exactly a break from our weather, even in the winter.

This is HUGE. If you’ve ever planned a WDW trip, you know what a big deal the planning is. Hotels have to be booked at least 6 months in advance, you have to wake up at 5:00 am to get into the system right when it opens at the 180 day mark to make your dining reservations, you reserve your rides 60 days in advance through the Fastpass system … it’s a pretty complicated process that can leave many a parent feeling like maybe they need a vacation from their vacation before it has even begun. That’s not to knock the way things run at WDW by any means. That level of planning also provides certainty that your family will get to experience all of the magic they are anticipating in a WDW vacation.

But with Disneyland, the competition just isn’t there. With the exception of once particular restaurant in Disneyland, I usually make our dining reservations about two weeks in advance of our trip and we almost always have the flexibility to change things around on the day of the reservation itself if needed. And that’s for a party of 5, so I can imagine it’s even easier for those who are of a more traditional family size. There are no advance Fastpass reservations to be made and hotels are still reasonably available, in my experience, a few months ahead of when you want to take your trip.

I’m going to paint with broad strokes for a minute here, but there is a difference in the crowds between Disneyland and WDW which alters the experience a little. Disneyland is much more adult-heavy than WDW. It is quite common to see plenty of adults there without a single child in tow. There are also a ton of teenagers with varying levels of supervision. The demographics are also geared much more toward people who live in California or in neighboring states who just come for a day or two on a semi-regular basis. A friend of mine from law school frequently just goes by and hits up a few rides after work. {I’m so jealous.}

You may think this doesn’t matter much but it really does, at least in my opinion. I find that it creates a much more relaxed atmosphere. WDW tends to be full of people who have traveled for days or flown cross-country for their Trip of a Lifetime and want to pack in every single experience that they can before their time is up. Generally, they want to have this EXACT experience RIGHT THIS VERY MINUTE because “We aren’t coming back here for five more years, little Johnny, so you just need to suck it up and have a good time gosh darn it!” And I completely understand that. We absolutely get caught up in that sense of urgency when we are at WDW too, but there is so much less of that at Disneyland. It matters; it really does.

Walt Disney died before construction on WDW even began. He was intimately involved in the planning for “The Florida Project”, but Disneyland was Walt’s stomping grounds. It was on those cobblestone streets where the dreams of what would become the happiest place on earth came to fruition. There is something really special about that, at least to me. The Disneyland Hotel has several photographs on display in their lobby of historical Disneyland and seeing the pictures of the 1950’s era families, when the women were all wearing dresses and the men sported suits and hats standing in front of the same Dumbo ride my kids wait for in excitement, makes all my little history-obsessed happy endorphins pop.

I smile to think of all of the happiness that has taken place in that park — all the balloons that have been tied around tiny toddler wrists, all the smiles and squeals of delight, and all the hands that have clapped and cheered as the parades make their way through the streets.

This is where that all began, and as Walt liked to say, “It was all started by a mouse.” 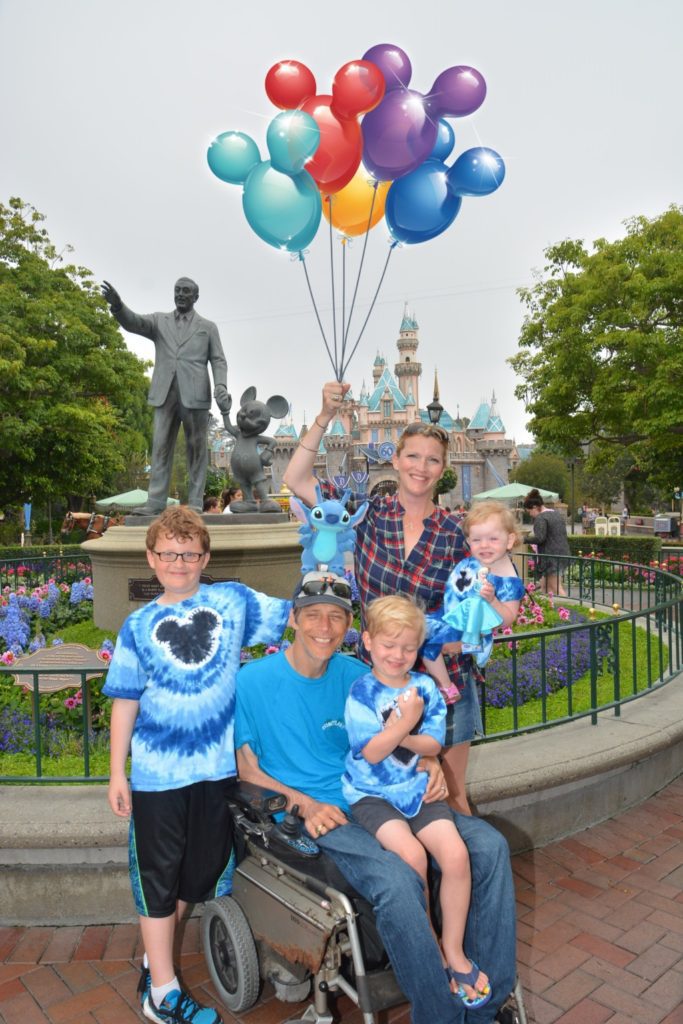