I treated me and Addy to a trip to Half Price books the other day.  We walked in, and I audibly shrieked and started shoving notebooks in the basket.

Lisa Frank is back y’all!

Maybe it’s because Addy is 3 or maybe it’s because she was born 30 years after me, but she was largely unphased by the large eyed kitty and colorful background of the spiral I bought her.  Fortunately, the cashier was.

And I know that my threenager is already thinking I’m a bit lame, but I’m sad about how she will grow up and not know the joys of my childhood.  I mean yay for seatbelts and pouches and WiFi or whatever…but what about :: 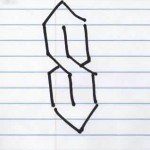 I mean, could you imagine your kids having to go a week without WiFi let alone live through the 90’s?! 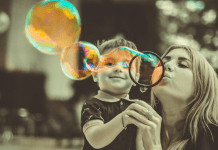