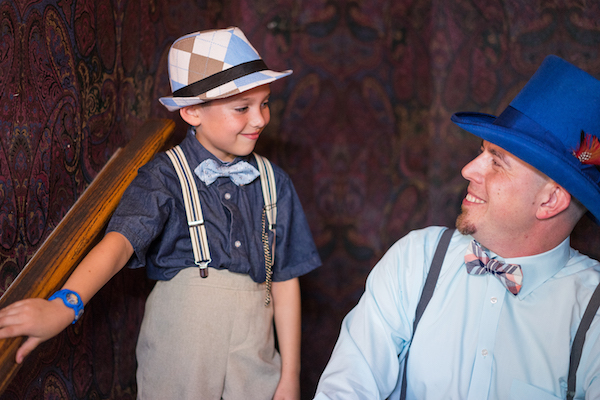 We met in high school, but fifteen years later when my husband and I started dating, I had all but forgotten that he is deaf. Okay, “hard of hearing” if you ask him. The difference depends on how much hearing loss someone has actually suffered but to most people who really know him, he’s deaf. As an adder.

One important thing to mention is that Victor {my husband} was not born deaf- or, at least, no one is certain that he was. His father tells stories of dropping heavy books on the table to see if his son would startle. He would notice Victor standing right next to the TV, one ear cocked towards it, silently mouthing the words he thought they were saying.

Half Italian, half Venezuelan, Victor grew up in Caracas, Venezuela before the country descended into poverty. Even then, quality medical care must have been hard to come by. Two things they knew for sure are that my husband has allergies and his hearing is poor. He remembers going to what he thought was a doctor’s office where they poured a purple-ish liquid into each of his ears. He remembers a burning sensation and that was it, his hearing was lost forever.

Nearly seven years went by before he received his first hearing aid- just one because that’s all they could afford at the time. Meanwhile, he was raised in a hearing world, learning both Spanish and Italian, never Sign Language. He was almost 13 when he emigrated to the U.S. and began learning English. He was fitted with one bulky, terribly obvious hearing aid. A few years later, we met and I developed an intense crush on the quiet, Hispanic, deaf boy who played the piano beautifully and didn’t know I existed.

It’s important to know the stories of people with deafness. Not only because our experiences shape us and how we see the world but knowing can answer a lot of questions. Questions like, “If he can’t hear, and doesn’t sign, how do you communicate?” And, “Can he understand what I’m saying?” {Hint :: Don’t talk about deaf people like they’re not in the room!}

Still, even if you knew all of that, you probably wouldn’t guess the hilarious and frustrating antics which go on in our home daily. Being hard of hearing, or having someone with deafness in the family comes with a range of emotions and experiences, some which make you laugh, and some which make you want to pull your hair out.

Here are some things I’ve learned::

1. Deaf people do not have Spidey- senses. At least, my husband doesn’t. He doesn’t have lightning- fast reflexes and isn’t more keenly observant of visual details than others. He doesn’t have a photographic memory and has to try a little harder than most people to feel comfortable in his environment. This isn’t to say that he isn’t awesomely intelligent and supremely good about remembering details- my man was creating his own baseball stats as a child and still amazes me at his abilities every day. But if he has super human skills, it’s because they’re innate, not a result of deafness.

2. People with hearing loss do have coping mechanisms. My husband repeats everything you say to him to make sure he’s hearing you correctly- which can be a riot. “Have you seen my pants?” turns into, “Would I like a piece of ham?” I laugh, he laughs, I repeat myself.

3. Hearing aids are not a magic cure. I cannot usually predict what he will hear and what he won’t. They help, a lot, but there’s still plenty he can’t decipher. Certain pitches or inflections are easier for him to hear than others. I repeat myself, on average, three times before he understands me. Three times, y’all.

4. Speaking loudly helps. Shouting does not. Yelling changes the shape of your mouth and tends to bring your voice up a few pitches, which is just one reason why it makes no sense to try to yell at someone who is deaf or hard of hearing. Speak in a loud, clear voice. Enunciate your words. Look at him directly when you speak. It should go without saying, but speaking s l o w l y doesn’t help at all- it actually makes you harder to understand!

5. That brings me to something hearing people do which drives people in the deaf community mad :: we don’t look at each other when we talk. We look down, glance away, shout to each other from another room. We completely take our hearing for granted. Deaf people are already making tons of effort- we can make a little, too.

6. Lip reading is awesome and terrifying. He can read lips upside down and in a mirror. He can read lips from across the room. It makes people- watching infinitely more entertaining when the person next to you can translate what everyone is saying but it also means I can’t get away with whispering something about him when we’re in the same room.

7. People with hearing loss who are not technically deaf sometimes feel like persona non grata. There is a whole community out there of deaf folks who have their own politics and opinions. Certain people want nothing to do with the hearing world, while others just want to fit in with everyone else. Victor sees deafness as more of a blessing than disability but has never felt part of the deaf community.

8. He opens our world to new possibilities. We all want to learn ASL. His hearing loss has continued- he’s lost 5% more hearing in one ear since we’ve been married. That will probably continue. We also want to expand our business to help the deaf community :: to be a part of it.

9. Families with deafness have this odd combination of forgetting about it and taking advantage of it at the same time. Our kids try to get away with saying things quietly, knowing he can’t hear them, yet forgetting that I can. I, too, forget sometimes that everyone else in our home is hearing. Awkward.

10. Deaf people like their music loud. Booming. If you ever see us pull up with windows shaking and bass bumping, it isn’t because we’re fabulous {I mean, we are}, it’s because he likes to listen to music, too.

One thing is for certain :: my husband is worth it. Kind, gentle, strong, smart as a whip, I’ll take his hard- of- hearing antics over not having him any day. 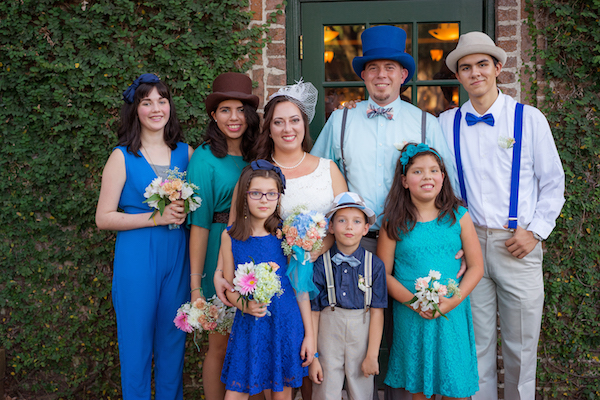 Does your family have a person with deafness? What funny or frustrating lessons have you learned?