Should we have a third baby or is our family complete? This is a dilemma I struggle with, and I know many moms can relate to my feelings and questions. 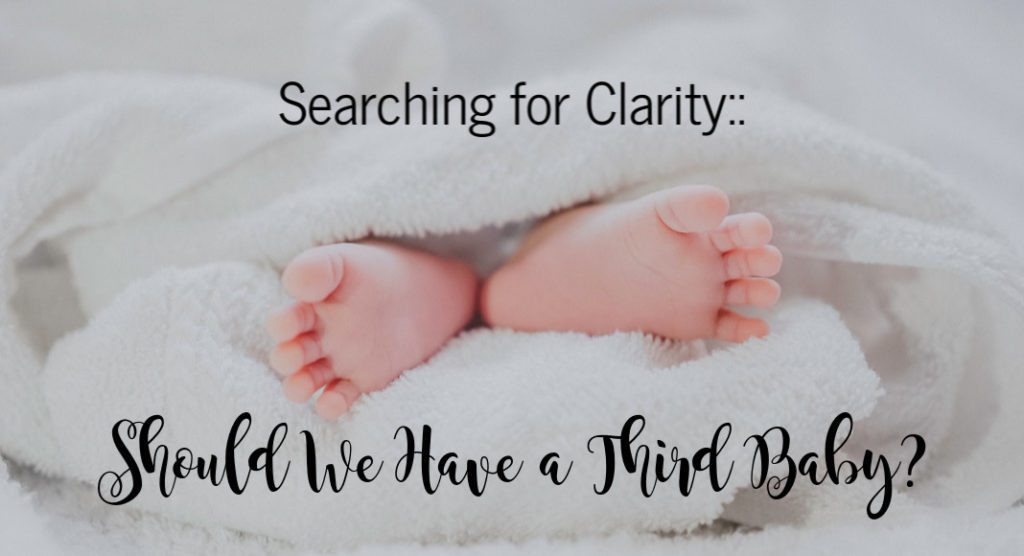 I remember the day we found out our oldest son was a boy. It was May 4, 2015 and we were filled with excited energy as we waited in the doctor’s office for my OB to read the results of the ultrasound. A little part of me knew before she even walked in the room that we’d soon be picking out tiny onesies in powder blue. I kept thinking how all my future children would be blessed with a big brother, and felt nothing but joy. I couldn’t even wait until we made it home before I called my parents to let them know I was carrying their very first grandson.

Things were a little different the second time around. For starters, I was too anxious to wait until the twenty week scan so we opted to do the genetic blood test. And since this sweet babe wouldn’t get a big baby shower like our first, we decided to do a little gender reveal party instead. We didn’t invite anyone {deciding that we preferred to keep it just the three of us}, but I gave my best friend the envelope with our baby’s gender secreted inside and the task of ordering a a box of pink or blue balloons for us to open. 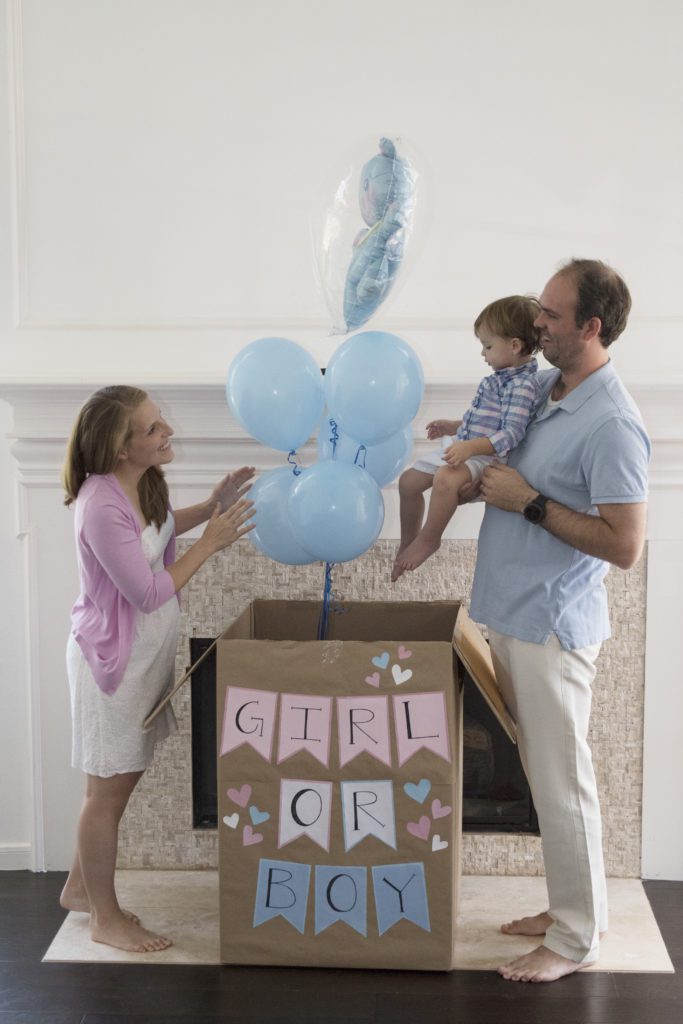 It was in that moment, as I gazed at the box I’d carefully decorated with pretty pink and blue paper, that I got a sinking feeling in my stomach. You see, unlike our first pregnancy, this time I had a very vested interest in the gender of my child. I’d dealt with crippling postpartum depression and anxiety with my oldest, and suspected, rightfully so as it turned out, that I would face a similar darkness with this new baby I carried within me. And since I had dreamt my entire life of having a daughter one day, I needed this child to be a girl, because I simply wasn’t sure I could face a third pregnancy. A third newborn. A third round of postpartum panic attacks and fear.

Now as I watch my two beautiful, healthy sons play together, I am ashamed of how I reacted when those blue balloons drifted out of the box. How I spent the whole day weeping instead of celebrating. Because my sweet youngest son is the most incredible blessing. Two adorable dimples pop out when he smiles, and he has a laugh that would make the Grinch’s heart grow ten sizes rather than a mere three. He’s the most precious thing in my life {along with his older brother of course} and I wouldn’t trade him for the little girl I’d wanted for all the riches in the world.

That being said, my husband and I now face an agonizing dilemma. Because the truth is I still long for a sweet baby girl of my own. I’m so envious of my friends and family members throwing Little Mermaid birthday parties for their daughters, and taking them to their first ballet class. I long to see my wonderful husband escort our little girl to the father/daughter dance, and give her away at her wedding.

But as much as I want those things, I honestly don’t know if we will ever be ready to have a third child. There’s so much more to it than the dread of postpartum depression, though it’s ever present in the back of my mind when I think of future children. Could we handle the financial strain of a third child? We’d always hoped we’d be able to pay our children’s college tuition, but how much harder would that be with three? Would it be fair to sacrifice the financial advantages we could give the two wonderful children we already have for a hypothetical third?

Not to mention the emotional strain. As much as my husband and I love being parents, it’s no easy gig. It took a solid year after our youngest was born to start feeling like we could breath a little easier. To relax a little. If we had a third, we’d be starting from scratch, only this time we’d be outnumbered. And every time one or, God forbid, both of them get sick, and sleep once again disappears, I’m reminded how much harder it would be with a third.

Not to mention the fear that if we got pregnant again {rather than expanding our family through adoption, as we’ve considered as well}, there is no assurance that those balloons would be pink the next time around.

In the two plus years since we found out we’d been gifted a second little boy, we’ve discussed a third child more times than I can count. But the truth is I don’t know if we’ll ever be ready. The thought of never having a daughter is excruciating, but I don’t know that having another child is the right decision for our family. Should we have a third baby? Maybe with time we’ll find a moment of clarity. I really hope that’s the case. But for now we’ll live with the uncertainty. And wonder…