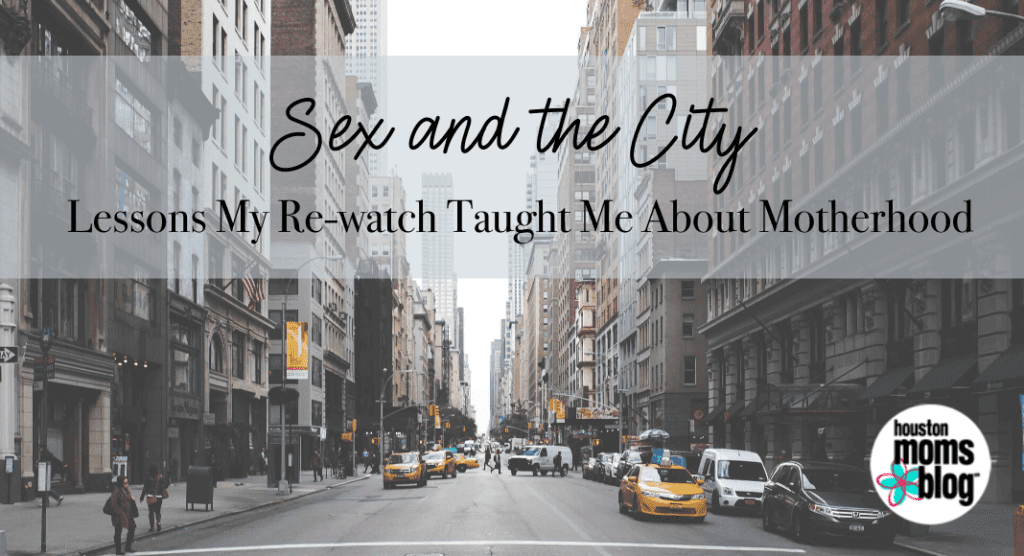 I wouldn’t have thought a show called Sex and the City would provide me with a moment of clarity when it comes to the aches and growing pains of motherhood, but funny, that’s exactly what happened.

The first time I binge watched all six seasons I was fresh out of college, still trying to navigate my role as a contributing member of society. My takeaway at the time was the pursuit of love and finding happily ever after, in whatever form that took. As a typical Charlotte, that meant eventually settling down with a my “Harry” and starting a family of my own.

Watching Through a Different Lens

A decade and two kids later, I’ve started re-watching Sex and the City in the rare hour I have to myself. That usually means it’s on in the background while I put away dishes or fold never-ending piles of laundry, but it’s been a fun distraction from mundane household chores and gives me a small respite from the insanity of parenting my two and four-year-old boys.

It’s interesting though. I remember each character’s storyline with the same clarity I always have when it comes to my favorite TV shows {sorry geometry, I just don’t have room for you in here amongst the plot lines}; and yet, I’m watching it through a completely different lens, one fixed on the trials and tribulations of motherhood.

It’s no longer the fear of never finding “the one” that I connect with. Rather, it’s Miranda’s loneliness as she, alone amongst her friends, becomes a parent that I empathize with to my very core. Oh the ache of watching your single friends enjoy the life you’ve left behind without you, and the fear that those friendships will slip away as your paths take you in different directions.

And how familiar the conflict between Miranda and Charlotte felt as the former learned she was unexpectedly pregnant, and the latter infertile. Having been fortunate enough to never struggle with infertility myself, I’ve become keenly aware of a growing wedge in my relationships with close friends who have. They paint a smile on their faces as they congratulate me on my pregnancy, but the chasm between us grows wider and wider with each passing month that their own families remain tragically incomplete. And my own emotions mirror Miranda’s blend of anger, sympathy and sadness.

Sex and the City and the Hardships of Motherhood

But perhaps the scene that hit me most during this particular season of life didn’t actually come from the show, but from the second Sex and the City sequel film. Charlotte and Miranda, away from their families on a girls trip to Abu Dhabi, get together for drinks and discuss the hardships of motherhood. They’ve both been struggling and, with the help of a few drinks and the camaraderie of another mother, are able to be brutally honest about the difficulties they’re facing. Miranda admits that, though she loves her son, motherhood isn’t enough for her. And Charlotte, who’s greatest desire has always been to have a family, confesses that motherhood is wearing her thin and she needed a break.

I’m not ashamed to admit that I bawled while watching that scene. A mother of two with a third freshly on the way, I’m overwhelmed, exhausted and more than a little terrified. And if, as society has recently accepted, representation matters, seeing other mothers battling my same fears has brought me a sense of indescribable comfort. And furthermore, it gave me the push I needed to schedule my own girl’s trip – the first I’ve taken since my oldest son was born four and a half years ago.

Though I knew {and regularly acknowledged} that motherhood was far from easy, it took watching a silly show about four single girls looking for love in the big city for me to acknowledge that I needed a break. That perhaps taking some time for myself away from my children was the best way for me to be a good mother.

As mothers we often forget to take care of ourselves, and sometimes it takes binging a guilty pleasure show like Sex and the City to remind us. So mamas, pay attention the next time you have the TV on in the background while you’re doing chores. You never know what they might be telling you. 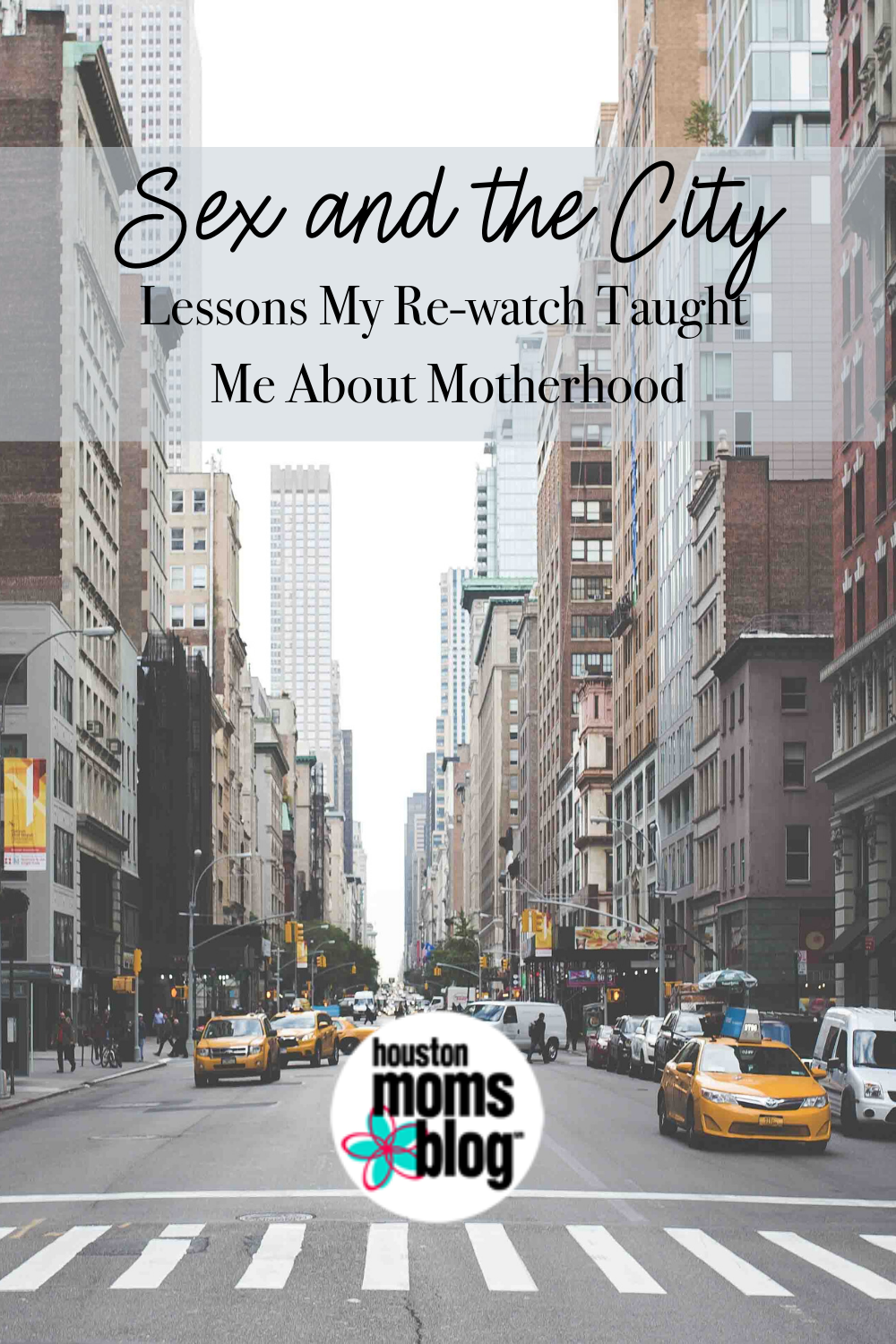