I have a confession to make… I’m sleeping with my marriage counselor, and I have no plans on stopping anytime soon. In fact, I never plan to.  But I can’t go any further in this post without telling you that my husband is a marriage counselor, and my nickname for him is “Counselor.”  Usually, our conversations go a little something like this…

“How are you adjusting to motherhood, Hannah?”

“I was talking to my Counselor about it…” *wink*

“Are you working through your thoughts about…?”

“My Counselor was saying…” *wink*

My husband isn’t my personal source for objective therapy from an outside counselor, but he does help me in so many ways. So when I say I’m sleeping with my counselor…it’s my husband. No ethics are being violated. I just want to put that out there. It’s my own little joke that probably makes only me chuckle. 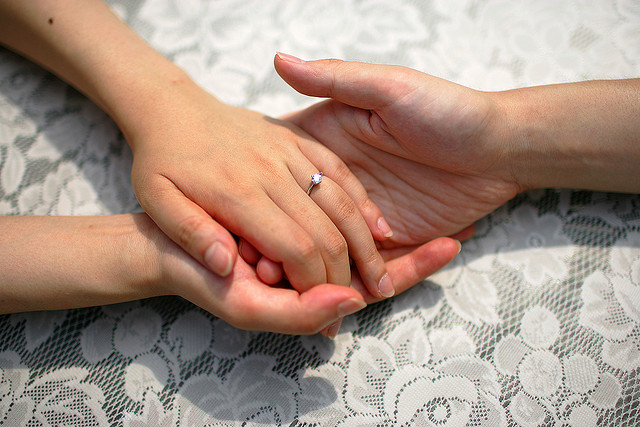 The fact is, my husband is a very wise man, and I’m so blessed to have the tools he’s learned from his profession cross over into our relationship. It’s the same kind of perk that I assume someone married to a massage therapist would have. Massages all day long, right?

So now that I have my joking title out of the way, I’d like to more appropriately name this…

I’m not very good at short titles, so you can understand why I opted for the first one.

1. Be intentional in connecting with each other.

What we’ve learned after being married almost eight years is that it can be easy to become business partners living under the same roof who, maybe, occasionally have sex. It’s like friends with benefits that help with bills and wash your underwear too. But marriage is more than that. It’s connecting on an intimate level beyond {WAY beyond} house chores, bills, grocery lists, etc.

Every week or so we have a check in where we ask each other, “How connected do you feel to me?” on a scale of one to ten. We call it The Connection Question. If it’s below a 7, we ask each other for ways we could serve the other person that would reconnect us. Mine usually have something to do with a back rub and chatting over a Moscow Mule. His is usually some sort of quality time.

If we aren’t intentional with connecting with each other on a consistent basis, those seasons where we become “business partners” turn into a lifestyle. Before you know it, the kids have moved out of the house, and you don’t even know each other any more because you’ve coasted the last thirty years. So don’t coast, and instead, find ways to connect with each other – ways that have nothing to do with kids or bills or every day life lists and stuffs. Go deeper in your connections.

2. Be a safe place, a judge-free place for your spouse to rest.

This concept is built over time and trust. But it’s incredible when you feel like you can tell your spouse anything without judgement. It’s important to build a safe place for your spouse to confide, and this takes both parties.

Society goes against being vulnerable – especially men. They they think that vulnerability is a sign of weakness.

Be willing to be open and vulnerable with your spouse in both your deep secrets and also in everyday matters. And when your husband or wife opens up to you, create a safe environment for them. Don’t make your spouse dread having to tell you something.

It’s not just about being vulnerable with your deepest, darkest secrets. It’s also about being vulnerable with daily offenses and reacting with grace. For example, if Aaron does something that upsets me, whether on purpose or not, I know that I can approach him to say, “Hey, what you did really bothered me. I want to react out of anger, but tell me where you were coming from.”

And I know, because of precedent, that he won’t react defensively to explain any malicious behavior; he will either say, “I’m sorry I hurt you. That wasn’t my intention. Here’s what I was trying to do/say…” Or he will own it to say, “Yes, I was acting out of anger. Here’s why…” and apologize for it.

We’re learning to set defensiveness down to listen to each other.

3. Give each other the benefit of the doubt.

When you’re offended by your spouse, think “I’m choosing to believe that they’re not trying to hurt me now.” When we keep this mindset before acting defensive and give our spouse the opportunity to clarify, it helps to diffuse the issue. When you’re ready to explode because you’ve been hurt, be vulnerable with them and say, “I’m going to give you the benefit of the doubt and choose to believe that you weren’t trying to hurt me on purpose.” And it gives you an opportunity to discuss rather than react.

This takes practice, but once you begin to implement it, it brings to light so much defensiveness and insecurities in your own heart and can allow you to grow you closer to each other through it.

This is so important. A marriage can’t function correctly if there is unforgiveness toward each other. Unforgiveness is like a clog in a drain. Water either can’t get through, or some gets through, but it’s still not working in its fullest potential.

If there’s unforgiveness toward your spouse, be up front with them about it. “Hey, I’m working on something in my heart, and I’m having a hard time forgiving you.” Don’t make them have to pay penance because that’s not fair. However, sometimes there has to be trust that will need to be rebuilt. Penance isn’t the same as trust. Penance is forgiveness by doing deeds and ends up being empty in the end; trust is rebuilt by serving selflessly and being vulnerable which ends up growing intimacy in a marriage.

So if there’s any unforgiveness toward your spouse that has been seething, talk about it. Even see a counselor to help work through those issues because a marriage that has an open wound of unforgiveness is one that isn’t operating in its fullest potential.

5. Marriage is about serving.

Quid pro quo has absolutely no room in a marriage. None. A marriage cannot survive with a contract mentality – the mentality that says, “I’m holding out on my job as a spouse because they’re not doing their job as a spouse.”

The most content I am in my marriage is when I’m serving my spouse and focusing on how I can be a better spouse to them. It’s not when I’m looking for things to receive. If you’re always looking for what you can get out of your marriage, you’ll be disappointed because your spouse is human, and humans mess up.

I guarantee you I could find something to criticize about Aaron because that’s easy. We’re selfish people, and marriage goes against our natural selfish desires. So if it’s natural to be selfish, we have a lot to work against, which is why we need to change our mentality to one of serving our spouse rather than taking from our spouse. When you’re focused on serving, you’re not focused on their flaws and what you’re not getting out of your marriage.

A marriage is not sustainable when living by contract only.

These lessons I’ve learned from my amazing husband only scratch the surface of all the concepts there are to be learned and practiced in a marriage. These are just ones that have really changed how I operate in my own marriage. I hope some of them speak to you as well and that you’re able to start meditating on them and maybe even put them into practice in your own marriage. And hey, if you even want to see a marriage counselor to work through some concepts and issues…I know a great one! *WINK*