We are thrilled to partner with Dasher's Winterland and Dasher's Lightshow this holiday season!

After the last couple of years we’ve all had, I think everyone is ready to venture out for some fun this holiday season. My family is extra excited after a pretty muted Christmas last year. We are ready to get back into the Christmas spirit and really celebrate with some new traditions!

We’re upping our game with one of our beloved Christmas rituals. Like many other families, we love driving around admiring all the neighborhood lights and decorations each season. This year, we’re about to supercharge the tradition.

Dasher’s Lightshow is back and better than ever, especially now with the addition of the new Dasher’s Winterland next door! 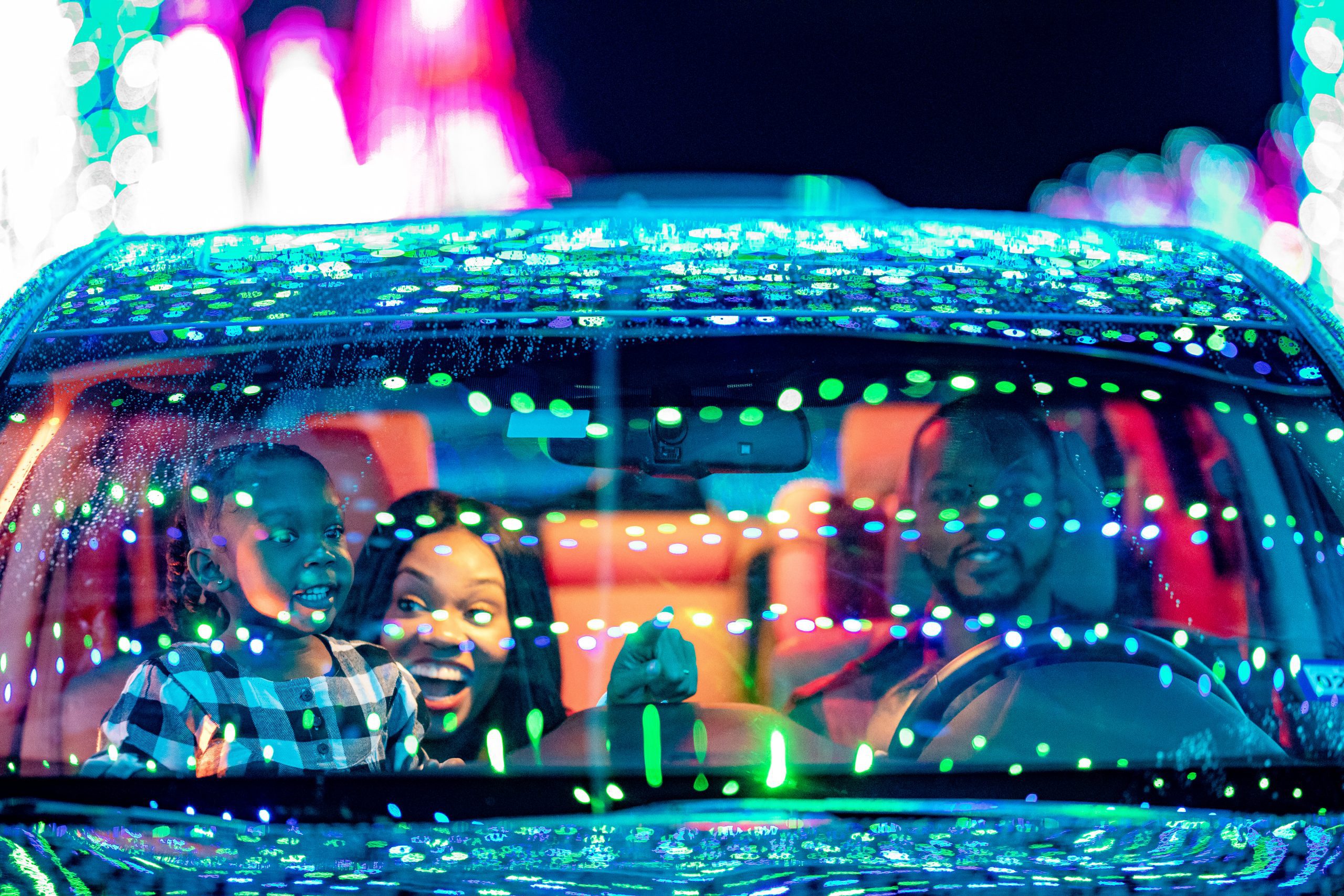 We see some impressively decorated homes on our drives around the neighborhood each year, but it pales in comparison to the drive thru experience at Dasher’s Lightshow. The show features over 1 million lights that “dance” to the tune of holiday music. Guests driving through can turn to a specified radio station to hear festive music synced to all those twinkling lights!

The best part for the kids will be the chance to hang out the car windows on this slow drive through the attraction. We’ll get to cruise under different sparkling light tunnels and meander around acres of holiday scenery and lit-up displays.

We don’t own a truck, but if we did, you’re allowed to have people ride in the bed, granted that everyone moves safely there and back into seat belts before you exit. I know my kids would love to do something like that. They’ll just have to be content with taking turns at the sunroof! 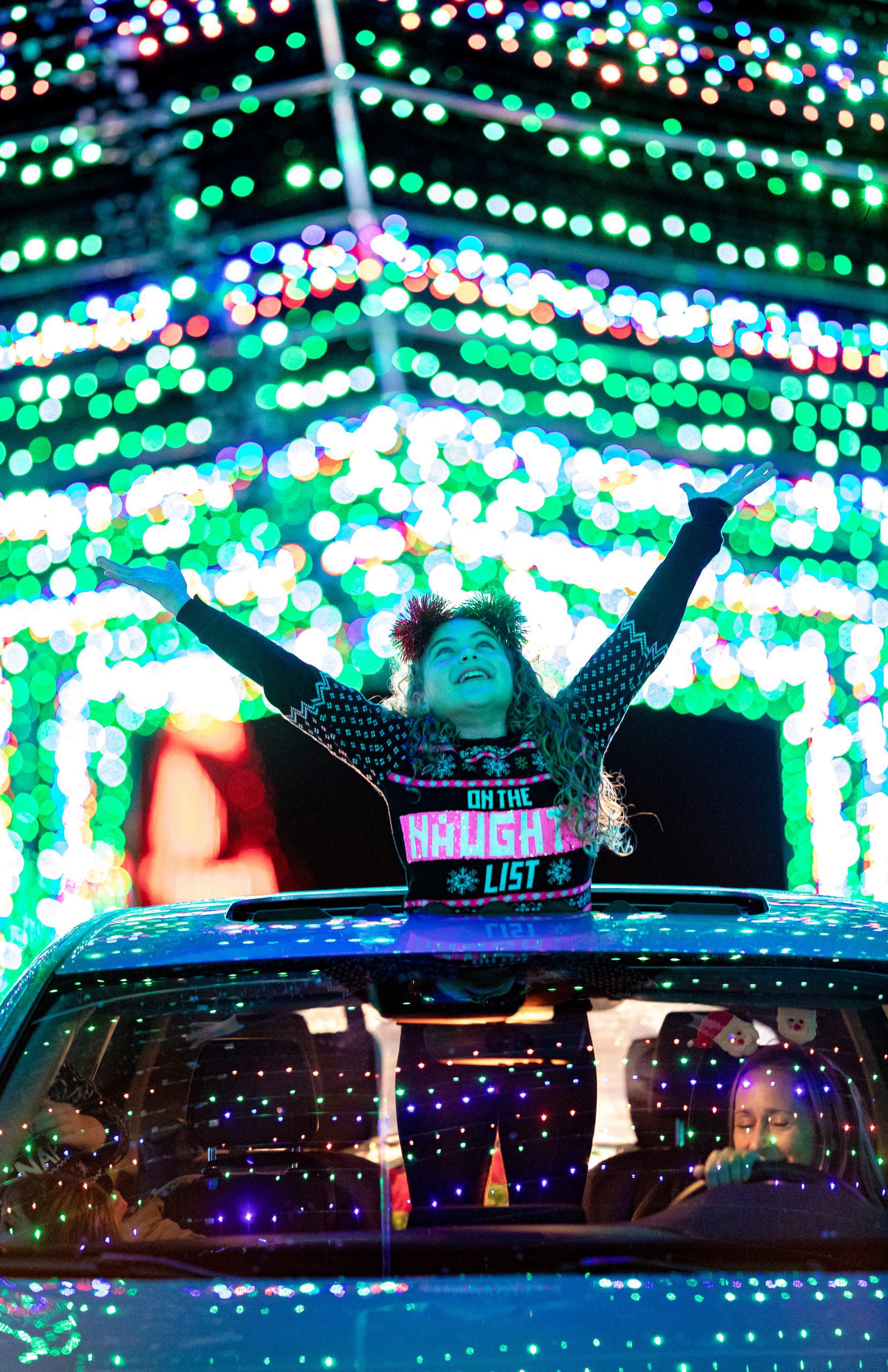 As excited as everyone is about the light show, we are really looking forward to the new Dasher’s Winterland, located right next door. This new attraction is the talk of the town. It promises to pack in a whole lot of interactive holiday activities in one festive place.
Starting right after Thanksgiving on November 26, families can visit Dasher’s Winterland to kick-off the holiday celebrations. Since the attraction will run through January 2, it would also be a fun way to wind down the season with some treasured memories.

We plan to park our car in the designated lot after driving through the light show, then enjoy all that Winterland has to offer. We’ll get to meet a pair of Lighted Tree Concierges who’ll greet us with their comedy, stroll through the wonderland filled with twinkling lights, jump on all the inflatables, and wander through a huge 15,000 square-foot maze.

There’s also going to be a ton of photo opportunities with lit up Christmas decorations and other displays. My kids get annoyed when I take too many pictures of them, but I’m pretty sure I can bribe them with a treat, like Dasher’s Cocoa Bombs.

The Cocoa Bombs and the Cookies ‘n Cream Funnel Cakes are probably all the kids will care about, but dessert does not a meal make in my book. I don’t think they’ll complain about the tender Slow Smoked Brisket, Maple Bacon Chicken Cheese Waffle Cone and other mouthwatering selections though. I’m looking forward to all the options on the menu made by Executive Chef Mike Potowski of Benjy’s fame. There’s going to be lots of food and beverages available for purchase so I’m sure we’ll find something to satisfy everyone. 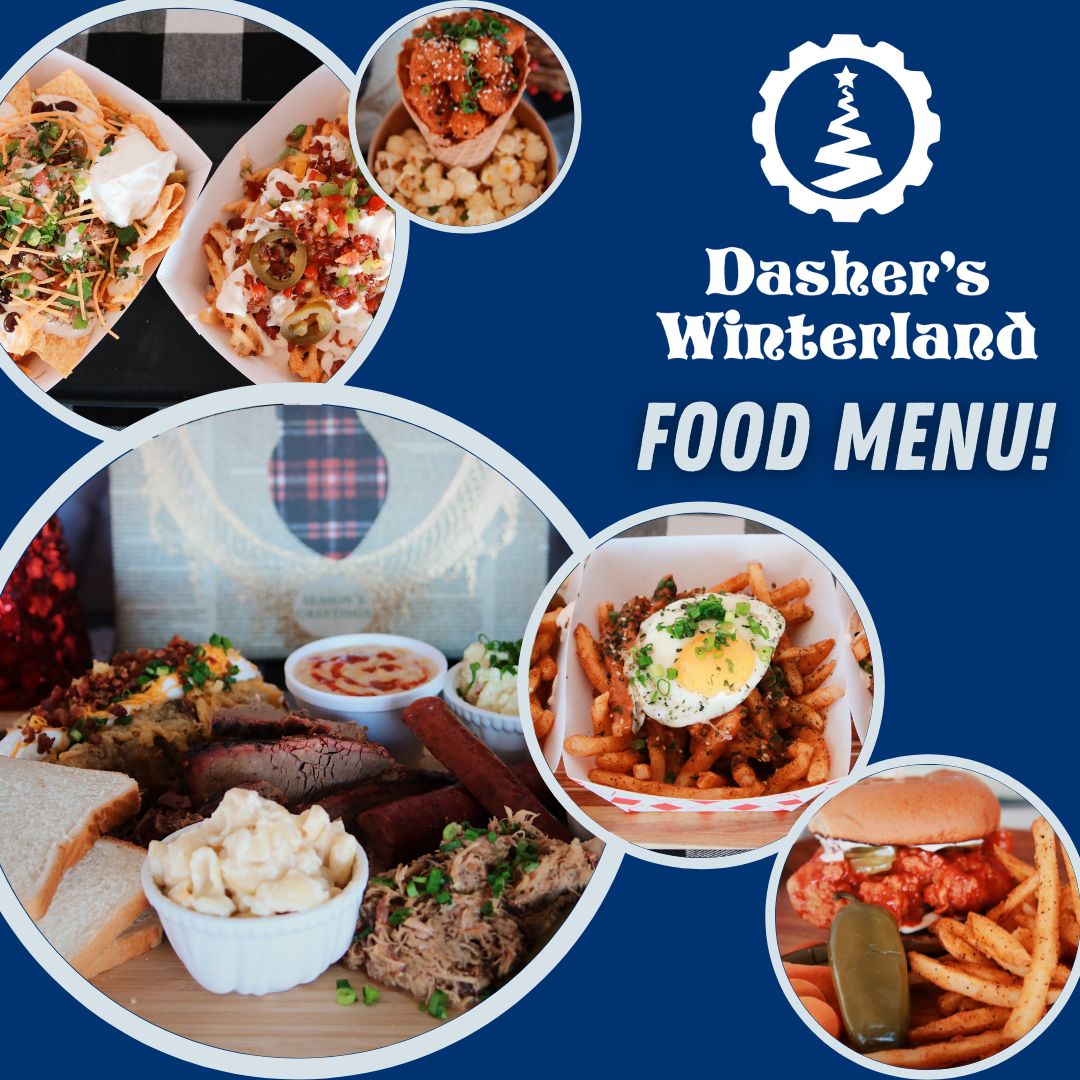 Santa Claus is Coming to Town!

I still have kids who are excited about Santa’s visit on Christmas Eve, so it’s going to be a big deal that Santa himself will be at Dasher’s Winterland for photo opps! I’m following Dasher’s Winterland on social media so that I can be up to date with Santa’s schedule. While we are there, my kids plan to at least write letters to Santa, and send their wishes off to the North Pole. They’ll even get to bring home some reindeer treats to leave out for the big night.

Another reason to follow Dasher’s Winterland on social media is to stay on top of any promotions they will be announcing. Unlike the Light Show, which is charged by the carload, Dasher’s Winterland requires each guest to have their own ticket. However, kids ages 4 and under are free which is good news for those who have littles.

One of the highlights of visiting Dasher’s Winterland for my kids is probably going to be climbing up on that wagon for a hayride through Dasher’s Lightshow. Included in our Winterland admission is an open-air jaunt through the acres of twinkling Christmas trees, dancing reindeer, snowmen, and more. Can’t wait to see my kids faces while they enjoy a magical experience!

I know the kids will have their fun but I expect to have mine too. I haven’t been to a live music event in a long time so I’m looking forward to catching a performance while we’re there. There’s a different musical performance scheduled every Friday and Saturday night. And for an even more special experience for the grownups, we might just splurge for the VIP Tents which has private bar access as well. 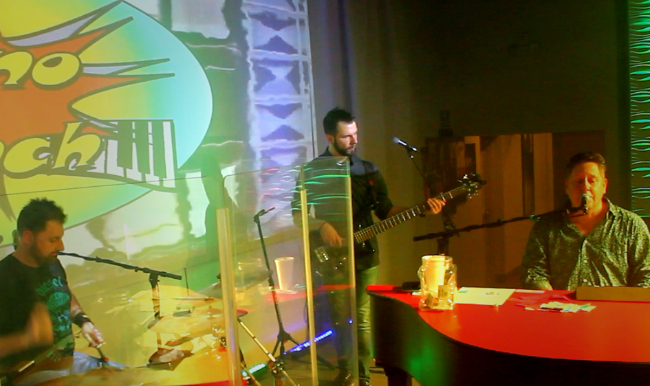 My workplace already has our holiday get-together planned, otherwise, Dasher’s Winterland would be a family-friendly option for a corporate party too. Contact them for more information on that if you’re looking for an outdoor party venue that has something for everyone.