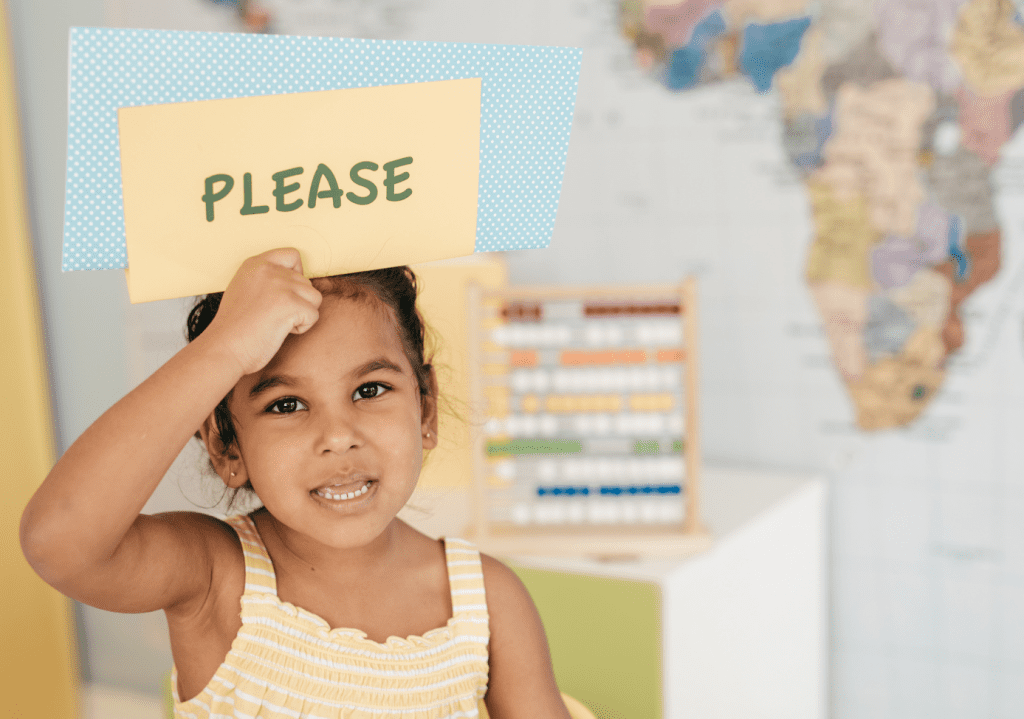 As always a trip to any store with my girls was going to cost more than I planned. That’s the reality of having daughters. Our shopping trips are always fun, full of conversations and laughter and this one was similar to the many we have had, as they have grown up quite a bit these past few years. However, I wasn’t prepared for where the conversation would turn.

I scanned my credit card.
Put our items in our basket.
Checked my phone for the time.

Suddenly, a woman at the front of the store began to scream at another.

For a moment, I was terrified. I pulled the girls toward me and immediately reviewed my exit plan because, well, I really don’t have to explain why, do I? In this day and age, I have learned to practice situational awareness wherever I go. I tried to look above the shelves that were before us toward where the ruckus was coming from and saw a tall woman turned with angry posture, pointing and yelling at a man whom I could not see. “You get away from me. If you come near me again, I will call the police. Don’t talk to me again. Do NOT talk to me in that way again.”

From the corner of my eye I could see the manager approaching the situation. The doors of the store slid open and a man walked out. The manager approached the woman and dealt kindly with her and she soon after continued her shopping. I waited for a moment and then walked out to the car with my somewhat stunned, scared and uncertain 12 and 9 year old daughters. Both were holding on to the cart as we exited into the parking lot.

I opened the side door of the van and closed them in and then entered myself, immediately locking the doors. Another intentional habit. My girls were quiet. I wasn’t sure exactly what I was going to say. I didn’t want to scare them, but I also wanted to not let this moment, filled with so many lessons, escape.

I breathed out a breath prayer, another mom habit of mine. “Lord help me know what to say to my girls in this moment.” I was about to start talking when my youngest said, “Mom, that lady was being really loud and rude. Why was she so upset?”

“Sweet girl, that lady was not rude, she was very smart and very brave.”

“I’m not exactly sure what happened, but it seems that the man she was yelling at must have said or done something to her that was probably very inappropriate and she was defending herself.”

“But it’s not very polite to yell at someone,” replied my 9 year old.

“Maybe, but what happened when she started to yell?”

“Exactly! If the man said or did something that was ugly or wrong, instead of hiding or being scared, she got everyone’s attention. Whatever he was trying to do quietly, she brought it into the light for everyone to know and see. She stopped it. I know you have been taught to be polite and kind to people, but no one, and I mean ABSOLUTELY. NO. ONE. should every do or say anything that is inappropriate or that makes you feel uncomfortable or unsafe. No one has any right to say or do anything that you do not want them to do or say. Not anyone in your family or friends or strangers or teachers…not anyone.”

“It was scary though.”

“I know. You guys know the world can be scary. But I am glad it happened, because we can talk about what you need to know to do if you are ever in a situation that is scary or uncomfortable.” 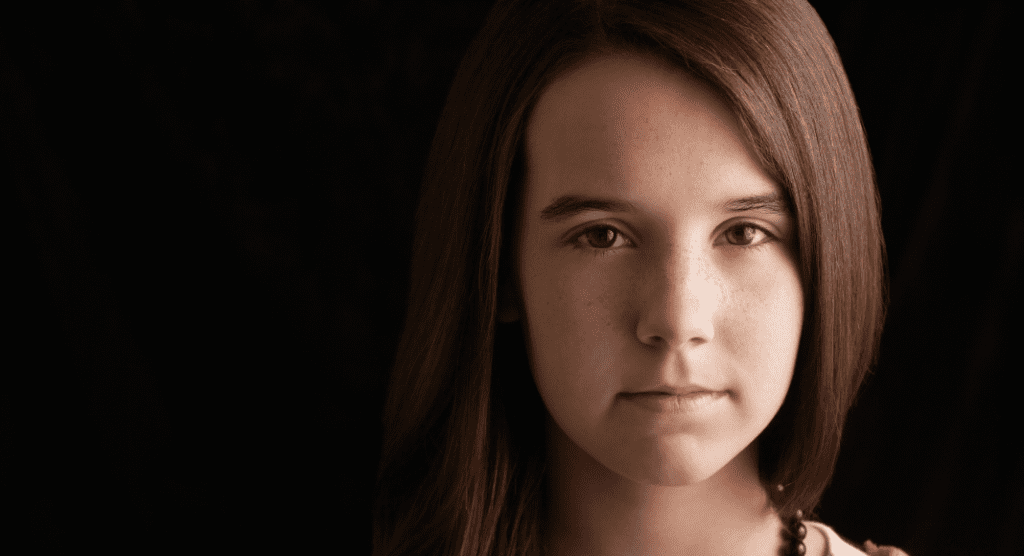 Our conversation continued a bit after and I thought about it over and over again in my head. I soon realized I have to stop teaching my girls to be polite. According to Dicitonary.com, to be polite is, showing good manners toward others, as in behavior, speech, etc.; courteous, civil. My daughters understood that being rude is impolite, however, did they understand that one who is vulgar, obscene, crude or harsh is also characterized as impolite? Had I minimized their voice by teaching them manners? Did I forget to teach them that speaking up, fighting for justice and defending oneself sometimes rises above being socially polite?

We are rising from the dust of the Me Too movement, proclaiming to our daughters to stand and fight against the injustices occurring in every career path and every part of society, however, if we continue to teach our daughters to be polite, to not make a scene, to not be dramatic, to not invite attention, are we simply perpetuating another movement only to happen 20 years from now? Will we have raised women who are too polite to interrupt, as a man slides his hand up her leg in the boardroom? Will we have raised women who are too polite to make a scene when a man whispers obscenities into her ear among a group of colleagues? Will we have raised women who are too polite not to use their voice when a man makes a crude suggestion in the middle of a department store? Are we giving them the tools, more importantly, the voice, to know how to stop those who may be vulgar, obscene, crude or harsh towards them. Or will they too be silenced because they have been taught to not be rude, to not over dramatize, and to not bring unnecessary attention to themselves?

As a woman, as a mother, I declare I will not allow this cycle perpetuate and continue, grasping my daughters into its grievous arms. Not on my watch.

I will teach my daughters that to be kind means to also stand against cruelty towards anyone, including themselves.

I will teach my daughters to say please and thank you, but no one ever has the right to force them to do anything they do not want to do.

I will teach my daughters to be polite, modest in their speech, but if someone whispers or says anything that makes them feel uncomfortable, they may shout from the rooftops and strike down such devious words with shouts of truth and justice.

A few weeks later, my nine year old came to me after her gymnastics class while I was cooking dinner. “Mom, there was a man at gymnastics and he was looking at us weird,” she said.

I almost dismissed her words and feelings, because in my head I thought, “I’m sure it was nothing. Just a guy or dad watching, no big deal.” But then I remembered…not on my watch. She has to learn to trust those feelings, that discernment and instinct.

“How did he make you feel?”

“It was kind of creepy. I didn’t feel comfortable.”

“I’m glad you listened to your feelings. Next time, pay attention, stay away from him and if you still feel strange, come and get me. It doesn’t matter if we seem rude or impolite, we can always apologize later if we are wrong, but it’s better to be safe and always listen to that voice that says, something feels strange. Right?”

Not me too. Not her. Not on my watch. Not on yours. 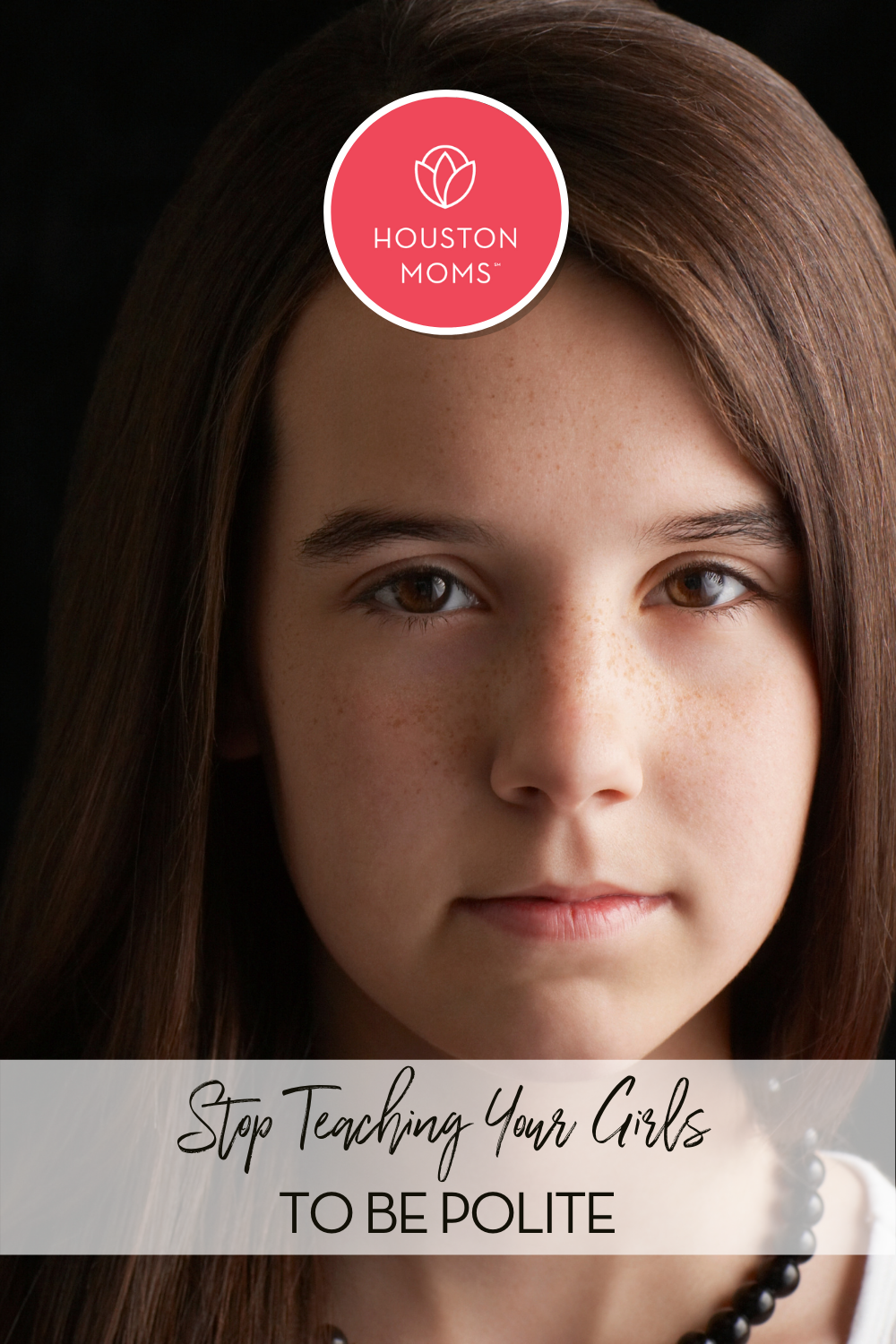 A Lesson for My Daughter :: Stop Saying Sorry